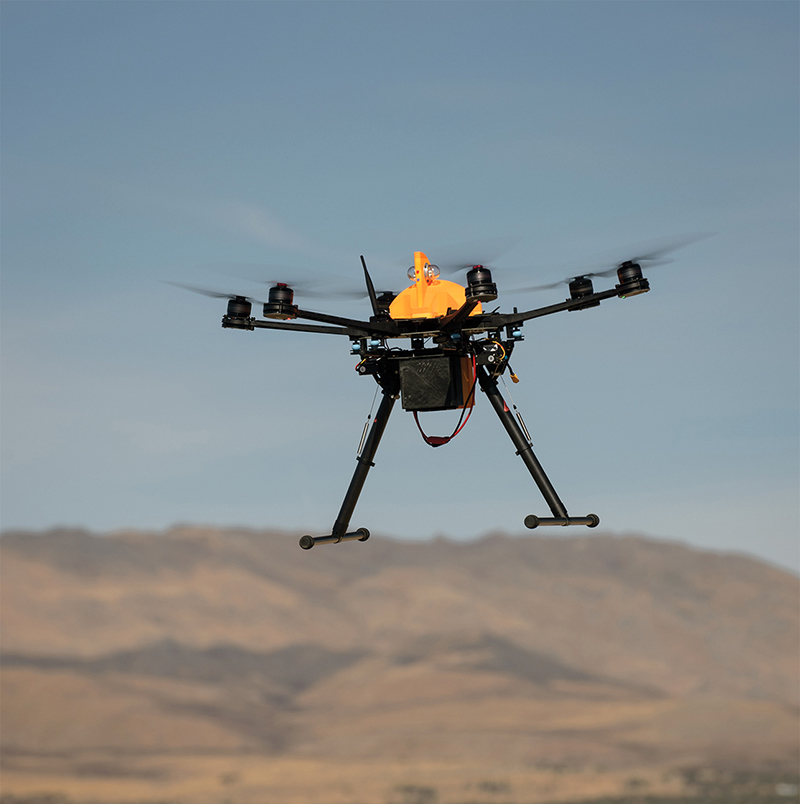 The drones are coming for us all—and that’s a good thing. While unmanned, remote-controlled, or programmed flight is not new, it is becoming increasingly sophisticated. New autonomous flying vehicles have incredible potential to change how we travel, how we ship our stuff, and how we keep track of our infrastructure. But first, we need a system to safely track all the new flying vehicles, and NASA is playing a big role in developing it.

But drone traffic is a game-changer, he says. Today, there are nearly 50,000 aircraft operations in a day across the United States. Daily drone flights, he predicts, will number in the millions.

“The current system will not be able to keep up with that,” emphasizes Kopardekar, who runs UTM out of Ames Research Center. “We need a new way of enabling this: how to manage drones in a different way without overloading the air traffic system.”

Today, most air traffic management is a human operation. While flights are tracked with radar, and increasingly GPS, around airports, human air traffic controllers must actively monitor and direct planes to avoid collisions.

But increase the number of aircraft by a couple orders of magnitude, and those human operators will quickly get overwhelmed. Kordpardekar had a vision of a highly automated system that would work hand-in-hand with the existing air traffic system, to keep the airspace safe for everyone.

NASA began working with the Federal Aviation Administration (FAA) on the UTM system in 2014. Under this model, which Kopardekar describes as a “share and care” environment rather than a “clearance” approach, operators share their trajectories and flight plans with each other, and onboard algorithms and sensors help to ensure all the aircraft safely avoid each other.

Kopardekar didn’t want to develop this system in-house at NASA, however.

“We opened a whole new ecosystem,” he says. “We opened it for anybody who wants to do that work. That’s true competition, and as a result, you get even more innovation.”

The NASA and FAA project partnered with dozens of private companies. The project also established a set of standards and requirements for third-party developers, which meant the innovative new tools being developed would work together and with the existing FAA air traffic management system.

One partner is Santa Monica, California-based AirMap Inc., which today sells what the company’s cofounder and chairman, Ben Marcus, calls “the leading airspace management platform for drones in the world.”

Working with NASA as well as with other industry partners, the company developed the AirMap UTM platform, which he says enables more than 100,000 drone flights per day, both commercial and hobbyist.

Although the company was founded independently of NASA’s project, Marcus says NASA’s influence permeates much of what the company does. “In a lot of ways, we’re executing NASA’s vision for UTM in a commercial sphere,” he says.

Besides creating standards that allow different groups to work together and integrate their systems, Marcus notes that NASA coordinated operational flight testing and data collection, and served as an interface with the FAA, to help the regulating agency understand the potential of drone flights and how to manage them.

The initial product, says Marcus, was a simple map to show drone operators where they were and were not allowed to fly. Today that simple map has been enhanced in a number of ways. Now, with the free AirMap app for mobile devices, users can see a live view of the airspace around them and get alerts when other aircraft are flying nearby, as well as draft a flight plan and submit it to the FAA (and get notified if their actual flight deviates from the plan).

The latter makes logistics simpler for the drone operators and significantly easier for air traffic control managers. Before, Marcus explains, hobbyist flyers would call airports to notify them if they were nearby, which is required by the FAA whenever flying within five miles of an airport. “But managers didn’t get useful info out of the phone calls because they’d say, ‘Hey I’m flying by the 7-Eleven over here,’ and the airport didn’t really know what that meant.”

The AirMap UTM system provides airport authorities with software to visualize and monitor where the drone operators are flying, in real time. The system also includes a communication tool, so air traffic control managers can send messages directly to drone operators for safety assurance.

Today, AirMap UTM supports more than 500 airports in the United States and is authorized by the FAA as a Low-Altitude Authorization and Notification Capability service supplier so drone operators can get authorized access to fly in controlled airspace.

AirMap software has also been integrated into the vehicles themselves by some of the biggest drone manufacturers. That allows AirMap to provide geofencing, which automatically blocks the drone from flying in prohibited airspace, as well as to directly steer the drone, if the operator opts in. In addition, says Marcus, anyone building a drone can integrate the AirMap flight controller, which is available for free through the Dronecode open source platform.

AirMap’s customers fall generally into two categories, he says. First are the airspace managers, by which he means national air navigation service providers around the world, including skyguide in Switzerland and the Air Navigation Services of the Czech Republic. They use AirMap to monitor low-altitude flight traffic and approve flight plans near airports.

The second category comprises drone makers and operators, as well as people making apps for them. For example, one company in Switzerland, Matternet, is using AirMap to enable a service that flies blood samples from the hospital to labs for testing. Matternet is now testing that same capability in North Carolina, as part of a Department of Transportation-approved pilot program to explore advanced use cases for unmanned aerial vehicles.

Current U.S. laws require special permission to fly beyond the line of sight of operators, but this pilot program is testing regulations and technology that would allow such flights routinely. AirMap is the unmanned traffic management platform for 6 of the 10 pilot groups around the country. These teams are working on disaster recovery, search and rescue, agriculture, inspection, package delivery, and more.

Kopardekar says these kinds of flights, as well as drone deliveries and air taxis, are going to become more and more common. “We see a future where that is likely. How soon is yet to be determined, but our research will set the foundation to enable those operations.”

Marcus says NASA’s leadership has helped speed up that future. “We’re very excited for what’s coming with urban air mobility,” he adds, “and eager to continue our collaboration with NASA in the years to come.”

One partner in the UTM project is AirMap Inc, which, with NASA’s support, has developed an airspace management platform used by drone operators and airport authorities to submit and approve flight plans, monitor the airspace in real time, and get alerts about restricted zones.

A small drone flies near Reno, Nevada, in a test done through NASA’s Unmanned Aircraft Systems Traffic Management (UTM) project that aims to develop technology and systems to ensure safe integration of drones into the airspace. In the test, five drones simultaneously crossed paths at different altitudes, while some of the drones were flying beyond the line of site of their operators.

How the Moon Landing Led to Safer Food for Everyone 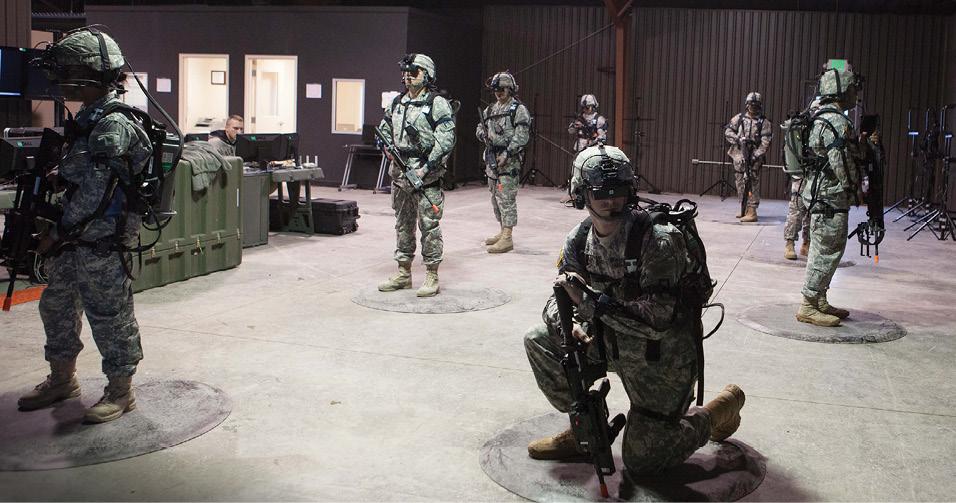 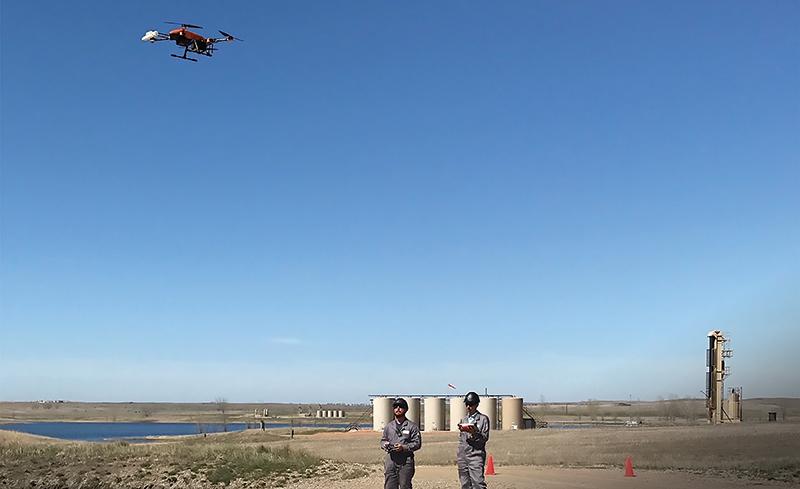 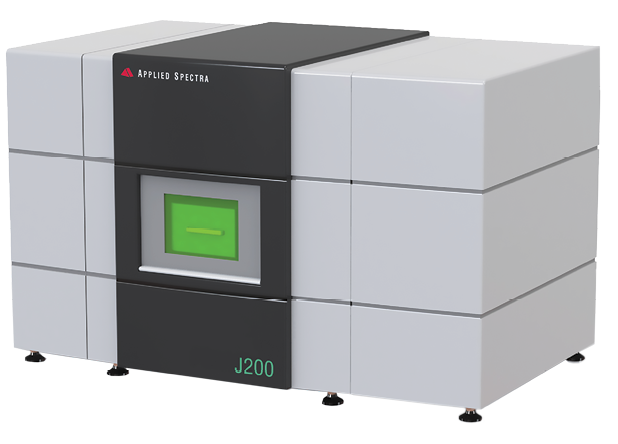