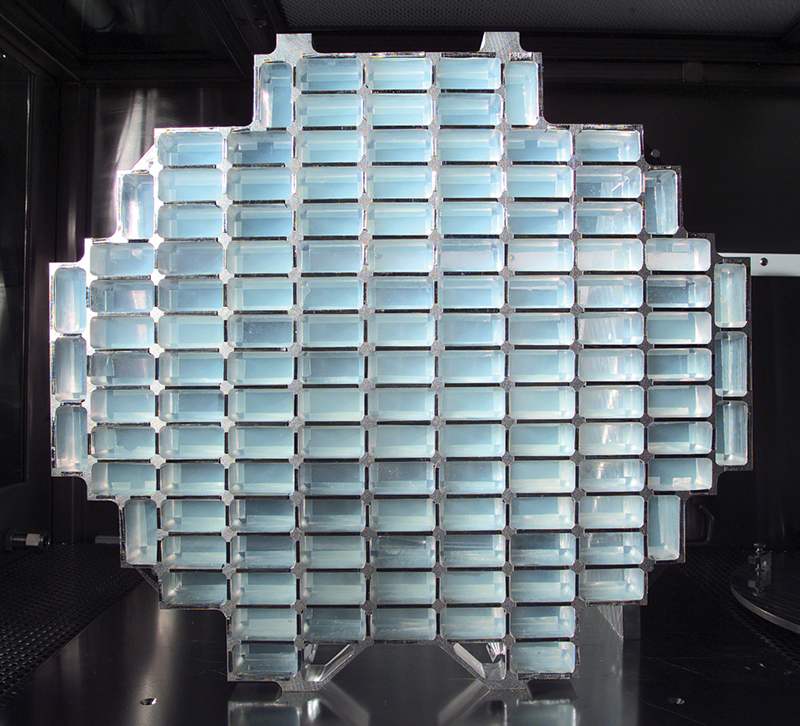 Recently, NASA’s Stardust mission used a block of aerogel to catch high-speed comet particles and specks of interstellar dust without damaging them, by slowing down the particles from their high velocity with minimal heating or other effects that would cause their physical alteration. This amazing accomplishment, bringing space particles back to Earth, was made possible by the equally amazing properties of aerogel.

Due to its extremely light weight and often translucent appearance, aerogel is often called solid smoke. Barely denser than air, this smoky material weighs virtually nothing. In fact, it holds the world record for being the world’s lightest solid—one of 15 records granted it by Guinness World Records. It is truly an amazing substance: able to hold up under temperatures of 3,000 °F. Aerogels have unsurpassed thermal insulation values (providing three times more insulation than the best fiberglass), as well as astounding sound and shock absorption characteristics.

As a class, aerogels, composed of silicone dioxide and 99.8 percent air, have the highest thermal insulation value, the highest specific surface area, the lowest density, the lowest speed of sound, the lowest refractive index, and the lowest dielectric constant of all solid materials. They are also extremely fragile. Similar in chemical structure to glass, though 1,000 times less dense, they are often prone to breaking when handling—seemingly their only drawback—aside from their cost.

Invented nearly 80 years ago, aerogels are typically hard-to-handle and costly to manufacture by traditional means. For these reasons, the commercial industry found it difficult to manufacture products incorporating the material. However, a small business partnered with NASA to develop a flexible aerogel concept and a revolutionary manufacturing method that cut production time and costs, while also solving the handling problems associated with aerogel-based insulation products.

These robust, flexible forms of aerogel can now be manufactured into blankets, thin sheets, beads, and molded parts.

James Fesmire, senior principal investigator at Kennedy Space Center’s Cryogenics Test Laboratory, and one of the key inventors of this new technology, says of the advancements, “This aerogel blanket insulation is not only the world’s best insulator, but, combined with its favorable environmental and mechanical characteristics, also opens the door to many new design possibilities for buildings, cars, electrical power, and many industrial process systems.”

Aspen Aerogels Inc., of Northborough, Massachusetts, an independent company spun off from Aspen Systems Inc., rose to the challenge of creating a robust, flexible form of aerogel by working with NASA through a Small Business Innovation Research (SBIR) contract with Kennedy. That contract led to further partnerships for the development of thermal insulation materials, manufacturing processes, and new test methods. This collaboration over many years was a pivotal part for the founding of NASA’s Cryogenics Test Laboratory.

Aspen responded to NASA’s need for a flexible, durable, easy-to-use aerogel system for cryogenic insulation for space shuttle launch applications. For NASA, the final product of this low thermal conductivity system was useful in applications such as launch vehicles, space shuttle upgrades, and life support equipment. The company has since used the same manufacturing process developed under the SBIR to expand its product offerings into the more commercial realms, making aerogel available for the first time as a material that can be handled and installed just like standard insulation. The development process culminated in an “R&D 100” award for Aspen Aerogels and Kennedy in 2003.

According to Fesmire, “This flexible aerogel insulation idea originated 16 years ago. The problem was to make the world’s best insulation material in an easy-to-use form at an affordable price. All these goals have now been achieved through many years of dedicated work.”

Based on its work with NASA, Aspen has developed three different lines of aerogel products: Cryogel, Spaceloft, and Pyrogel. Its work has also infused back into the Space Program, as Kennedy is an important customer.

Cryogel is a flexible insulation, with or without integral vapor barrier, for sub-ambient temperature and cryogenic pipelines, vessels, and equipment. It comes as flexible aerogel blanket insulation engineered to deliver maximum thermal protection with minimal weight and thickness and zero water vapor permeability. Its unique properties—extremely low thermal conductivity, superior flexibility, compression resistance, hydrophobicity, and ease of use—make it an ideal thermal protection for cryogenic applications.

Pyrogel is used in medium-to-high pressure steam pipes, vessels, and equipment; aerospace and defense applications; fire barriers; welding blankets; footwear and outdoor apparel. Applications have included insulating an entire polycarbonate plant, a reactor exterior, high- altitude boots, water and gas piping, tubing bundles, yacht exhausts, large vessels, exhaust ducts, ships’ boilers, and underground steam lines. The insulation has been proven to be an effective underfoot barrier to extreme cold in the form of insoles for climbers on Mt. Everest, where their light weight and flexibility are also prized. They have even been tested as insoles for ultramarathoners—runners who jog past the 26.2 mile standard marathon distance and sometimes up to 100 miles at a time—who prize the material for its light weight and excellent heat- insulating properties.

It is not just industry and the commercial realm that are benefiting from Aspen’s products, though. The work has come full circle, and Aspen is a regular provider of aerogel insulation to NASA, where the material is used on many diverse projects, for space shuttle applications, interplanetary propulsion, and life support equipment. On the space shuttle, it is used as an insulation on the external tank vent’s quick-disconnect valve, which releases at liftoff and reaches temperatures of -400 °F. It is also found on the shuttle launch pad’s fuel cell systems. At Stennis Space Center’s E-3 engine test stand, the blankets are used on the liquid oxygen lines.

In the laboratory, NASA scientists are working to incorporate insulating Aspen aerogels with new polymer materials to create a new category of materials and to create composite foam fillers.

Sponsored by NASA’s Space Operations Mission Directorate, engineers are experimenting with the products to create an insulating material that could replace poured and molded foams for a plethora of applications, including in test facilities, on launch pads, and even on spacecraft.

Cryogel™, Spaceloft™, and Pyrogel™ are trademarks of Aspen Aerogels Inc. 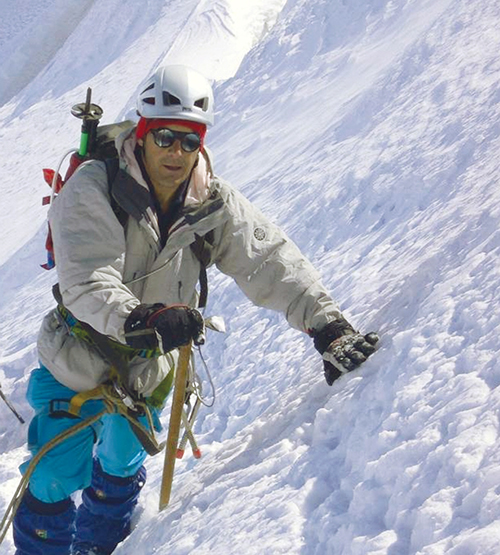 Aspen’s insulating aerogels have been incorporated into extreme weather gear, where they are prized for both their light weight and extreme insulating performance. 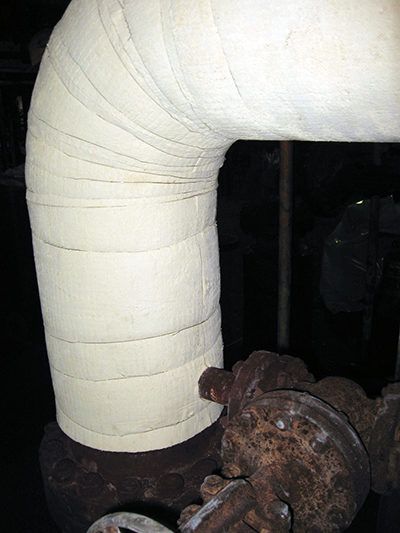 Flexible insulating blankets come in a variety of shapes and sizes, lending themselves to many different applications.

Aerogel has many uses within NASA. For example, it was the perfect lightweight medium for capturing interstellar and comet dust particles during NASA’s Stardust mission.