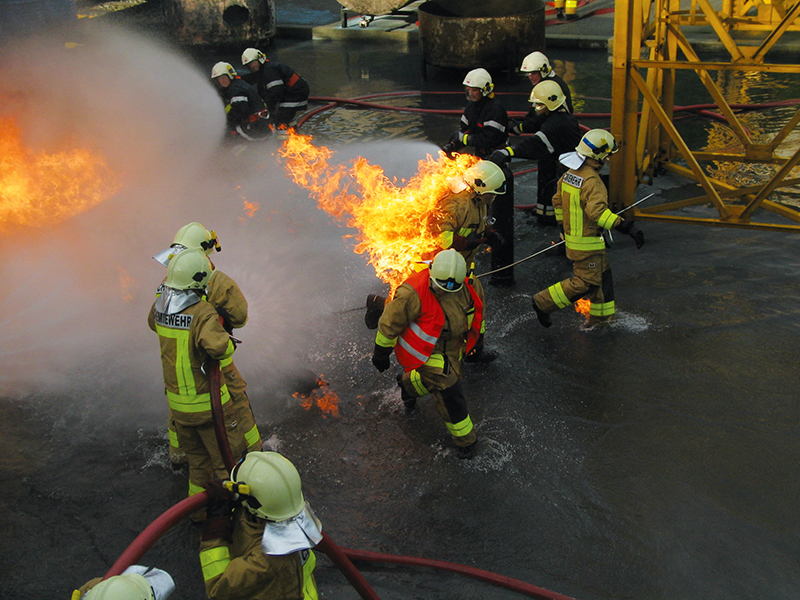 Insulating and protecting astronauts from temperature extremes, from the 3 K (-455 °F) of deep space to the 1,533 K (2,300 °F) of atmospheric reentry, is central to NASA’s human space flight program. While the space shuttle and capsule vehicles necessarily receive a great deal of thermal barrier and insulation protection, at least as much attention is also paid to astronaut clothing and personal gear. NASA has spent a great deal of effort developing and refining fire-resistant materials for use in vehicles, flight suits, and other applications demanding extreme thermal tolerances, and kept a close eye on the cutting edge of high-temperature stable polymers for its entire 50-year history.

In the late 1950s, Dr. Carl Marvel first synthesized Polybenzimidazole (PBI) while studying the creation of high-temperature stable polymers for the U.S. Air Force. In 1961, PBI was further developed by Marvel and Dr. Herward Vogel, correctly anticipating that the polymers would have exceptional thermal and oxidative stability. In 1963, NASA and the Air Force Materials Laboratory sponsored considerable work with PBI for aerospace and defense applications as a non-flammable and thermally stable textile fiber.

On January 27, 1967, the severity and immediacy of the danger of fire faced by astronauts was made terribly clear when a flash fire occurred in command module 012 during a launch pad test of the Apollo/Saturn space vehicle being prepared for the first piloted flight, the AS-204 mission (also known as Apollo 1). Three astronauts, Lieutenant Colonel Virgil I. Grissom, a veteran of Mercury and Gemini missions; Lieutenant Colonel Edward H. White II, the astronaut who had performed the first U.S. extravehicular activity during the Gemini program; and Lieutenant Commander Roger B. Chaffee, an astronaut preparing for his first space flight, died in this tragic accident.

A final report on the tragedy, completed in April 1967, made specific recommendations for major design and engineering modifications, including severely restricting and controlling the amount and location of combustible materials in the command module and the astronaut flight suits. NASA intensified its focus on advanced fire-resistant materials, and given the Agency’s existing familiarity with the fabric and its inventor, one of the first alternatives considered was PBI.

NASA contracted with Celanese Corporation, of New York, to develop a line of PBI textiles for use in space suits and vehicles. Celanese engineers developed heat- and flame-resistant PBI fabric based on the fiber for high-temperature applications. The fibers formed from the PBI polymer exhibited a number of highly desirable characteristics, such as inflammability, no melting point, and retention of both strength and flexibility after exposure to flame. The stiff fibers also maintained their integrity when exposed to high heat and were mildew, abrasion, and chemical resistant.

Throughout the 1970s and into the 1980s, PBI was instrumental to space flight, seeing application on Apollo, Skylab, and numerous space shuttle missions. Applications ran the gamut from the intended applications in astronaut flight suits and clothing, to webbing, tethers, and other gear that demanded durability and extreme thermal tolerance.

In 1978, PBI was introduced to fire service in the United States, and Project FIRES (Firefighters Integrated Response Equipment System) lauded a recently developed outer shell material for turnout gear, PBI Gold. In 1983, PBI fibers were made commercially available and a dedicated production plant opened in Rock Hill, South Carolina, to meet demand. In 1986, NASA Spinoff chronicled this first phase of PBI’s history, and Marvel was awarded the “National Medal of Science” by President Ronald Reagan.

Since 1986, PBI has undergone a steady evolution into countless military and civilian applications and established a distinct profile and reputation in the fire retardant materials industry. In 2005, Celanese Corporation sold the PBI fiber and polymer business to PBI Performance Products Inc., of Charlotte, North Carolina, which is under the ownership of the InterTech Group, of North Charleston, South Carolina.

Produced by a dedicated manufacturer that takes great pride in the history and future of the product, the fabrics incorporating PBI have become prominent players in such diverse applications as firefighting and emergency response, motor sports, military, industry, and (still) aerospace. PBI Performance Products now offers two distinct lines: PBI, the original heat and flame resistant fiber; and Celazole, a family of high-temperature PBI polymers available in true polymer form.

New applications for PBI are continuing to come to light in new fields that demand material stability at high temperatures. PBI is now being developed into high-temperature separation membranes that increase efficiency in ethanol production and separate carbon dioxide from natural gas for carbon dioxide sequestration, and will see application in hydrogen fuel cells. PBI in short-cut form has also been used as a safe and effective replacement for asbestos. Fittingly, PBI may also return to space as part of NASA’s Constellation Program, as the polymer once applied for space suits in the Apollo and Skylab missions is under consideration for use as insulation material in the rocket motors for NASA’s next generation of spacecraft, the Ares I and Ares V rockets.

PBI TriGuard™ is a trademark, and PBI Gold®, PBI Matrix®, and Celazole® are registered trademarks of PBI Performance Products Inc.

Lenzing FR® is a registered trademark of Lenzing Fibers GmbH.

MicroTwaron™ is a trademark of Akzo N.V.

Abstract
In 1967, NASA contracted with Celanese Corporation, of New York, to develop a line of PBI textiles for use in space suits and vehicles. In 2005, the PBI fiber and polymer business was sold to PBI Performance Products Inc., of Charlotte, North Carolina, under the ownership of the InterTech Group, of North Charleston, South Carolina. PBI Performance Products now offers two distinct lines: PBI, the original heat and flame resistant fiber; and Celazole, a family of high-temperature PBI polymers available in true polymer form. PBI is now used in numerous firefighting, military, motor sports, and other applications. 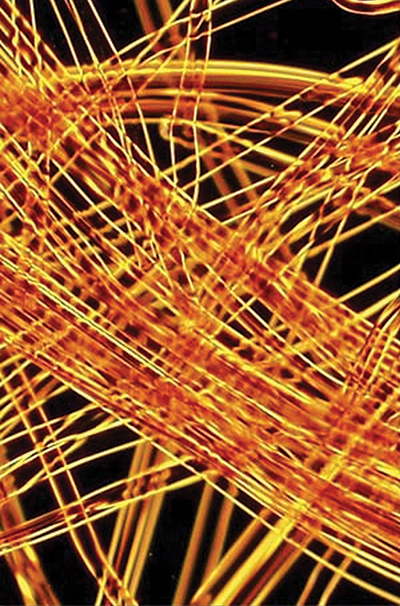 Andre Baur, a firefighter instructor in Switzerland, runs out of a training fire that has gotten out of hand. Like many other “Golden Knights” around the world, Andre escaped with only minor injuries.