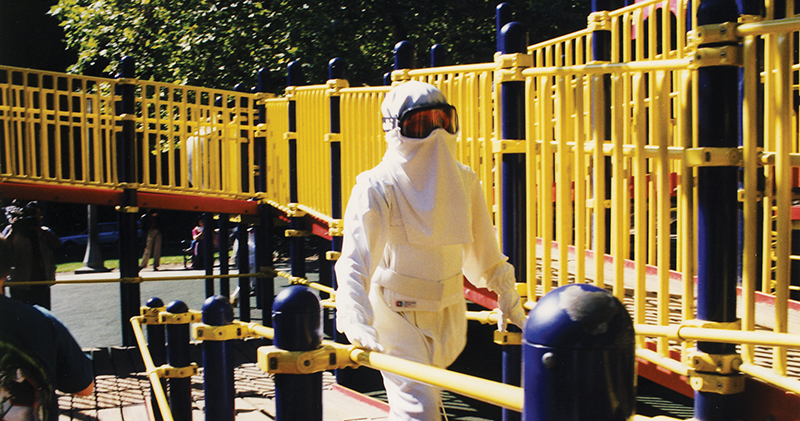 Beginning in 1968, NASA began researching garments to help astronauts stay cool. The Agency designed the Apollo space suits to use battery-powered pumps to circulate cool water through channels in the inner layers of the garments. This led to commercial cooling vests for patients with heat control disorders (first featured in Spinoff 1979) and for workers in heat stress occupations (featured in Spinoff 1982).

Space suits not only keep astronauts cool, but also use multiple layers of heavy fabric to block the Sun’s ultraviolet (UV) rays from burning the skin. The first commercial cool suits had been designed primarily to keep patients cool, but were not designed specifically to block UV rays.

In 1997, late Johnson Space Center engineer Robert Dotts, assistant director of Technology Transfer and Commercialization, headed a team to continue the research from the first generation of cool suits after receiving a request for help from a family with two children suffering from life-threatening sun sensitivities. In order to both prevent the Sun’s light from damaging their skin and also to keep the patients cool, Dotts hoped to develop UV-blocking technology in a fabric that—unlike in a bulky space suit—could remain comfortable, light, and breathable in the sun and heat. Dotts, engineers Dominic Del Rosso and Evelyne Orndoff, and NASA physician Smith Johnston discussed requirements, identified materials, and then began testing fabrics from private industry at NASA’s White Sands Test Facility.

In the summer of 1997, Dotts contacted Terry Breese, president of Solar Protective Factory Inc. (SPF), a Madison, Wisconsin-based company that had been developing commercial UV-resistant fabrics since 1989. “Dr. Dotts was very concerned about the manufacturing standards and testing methods we employed to measure ultraviolet transmittance,” Breese says, remembering when NASA first contacted his company to request fabrics for testing.

With NASA’s input, SPF developed its “Solarpro-tiferous” process, which enhances fabric reflectivity and UV absorption with special chemical treatments added during the dying process. In this process, SPF uses charcoal, coconut, and titanium in its fabrics to reflect UV rays or to help transfer UV light into heat, which then disperses quickly. Dotts and NASA engineers provided SPF with feedback on fiber structure during development, suggesting combinations of high-loft synthetic fibers and spandex blends to keep the fabric as tightly knit as possible while also being comfortable, breathable, moisture-wicking, and reflective. Too much elasticity, the engineers explained, would allow too much UV light through when the fabric stretched. The team determined the optimal amount of spandex in the suits was 8–9 percent when blended with a high-loft nylon thread. Because of the life-threatening sensitivity of these patients to light or heat, the Johnson team required the fabric, according to Breese, “to perform at the highest possible protection level and still be comfortable.”

The prototypes for the second generation of protective cool suits consisted of a hat, gloves, socks, pants, scarf, goggles, and jacket—truly covering the wearer from head-to-toe—that incorporated the earlier built-in water channels under layers of UV-blocking fabric, thereby protecting patients with both light and heat sensitivities.

Del Rosso, the cooling system specialist on the project, explains that the Johnson team used NASA’s research and experience in cooling astronauts to adapt the cool suits for the young, sun-sensitive patients. These improved cool suits were far lighter than the first generation of cool suits from a decade before, enabling pediatric patients to play outdoors in sunlight for the first time. The new prototypes still used two layers of garments like before, but now the UV-blocking outer fabric was far lighter and more breathable.

In subsequent versions of the suit, the team replaced the water tubing with simple pockets that held refrigerated gel packs. These gel packs were not as effective at keeping patients cool, but they were far less costly and less cumbersome than the tubing, which had required a motorized pump attached to a belt. The gel packs also allowed young patients more freedom of movement than the tubing, adding a level of independence to their new outdoor activities.

NASA helped SPF further enhance the suits’ safety by using lapped seams with non-overlying stitch lines, which prevent light from entering through seams. According to Del Rosso, this lap stitching is used in some NASA pressure garments to prevent stitch holes from compromising suits’ protective qualities.

After deciding on the fabric blend and overall suit design, the Johnson team collaborated with SPF and the Hypohidrotic Ectodermal Dysplasia (HED) Foundation (later called the Sarah Moody Foundation), in Hampton, Virginia, to provide over 1,000 suits to patients with severe light sensitivities and heat disorders. These disorders include the namesake HED, a lack of sweat glands that can lead to severe and sometimes fatal heat exhaustion; Xeroderma Pigmentosum, in which the DNA cannot repair ordinary skin damage caused by sun exposure; and polymorphic light reaction syndrome (PLRS), severe skin blistering caused by exposure to ordinary sunlight. Patients with neurological pain caused by neuropathy and multiple sclerosis also benefit from the cooling effects of the suits.

In the fall of 1997, Breese, Del Rosso, Dotts, and Johnston accompanied PLRS patients Ryan and Kyle Richards as the boys experienced their first time in the Florida sun, on a family trip to Walt Disney World that would not have been possible without the cool suits. Calling the trip one of the highlights of his life, Breese is proud of having worked with NASA to design the UV-blocking fabric and looks forward to future collaboration. “If it weren’t for NASA’s development of their space suits with the cooling vest technology,” Breese says, “none of this project could have happened.”

In 2009, SPF’s 20th year in business, ordinary beachgoers are now benefiting from the NASA and SPF partnership. The UV-blocking fabric, first used to help protect the most sensitive patients from damaging sun and heat, is now being used in swimwear and clothing for the public.

SPF categorizes its UV-blocking fabrics into two main categories: Solarweave and Solarknit, which include lines of woven or knit fabrics, respectively. The NASA fabric is incorporated into the Solarknit products, which have more stretch while still providing UV protection. The NASA collaboration, Breese says, allowed them to create a comfortable fabric that has the benefits of both the UV-blocking ability of a knit and the breathability and elasticity of a weave.

Breese reports that customers feel cooler in the SPF clothing, which he attributes to its NASA-tested fabric. “The type of fibers we use, along with highly controlled knitting and weaving techniques, create a denser shade under the fabric that enhances the cooling effect,” he says.

SPF’s newest sun-protective fabric, Aquaweave, uses the NASA-derived Solarprotiferous technology to provide better skin protection at the beach or pool than ordinary swimwear. In order to produce the UV-protective swimsuits, SPF added chlorine resistance and more elasticity to the original NASA-derived UV-blocking fabric. The apparel blocks at least 98 percent of UV rays, a feature that lasts for at least 40 machine washings. In addition to swimwear, SPF also offers a full line of machine-washable sun-protective clothing, which uses the NASA fabric. “Our partnership with NASA has helped us develop all levels of sun-protective apparel,” Breese says. Whether the fabric is worn by sun-sensitive patients, or just by sunbathers, the technology from NASA’s original space suits is now protecting more than just astronauts.

Walt Disney World® is a registered trademark of The Walt Disney Company. 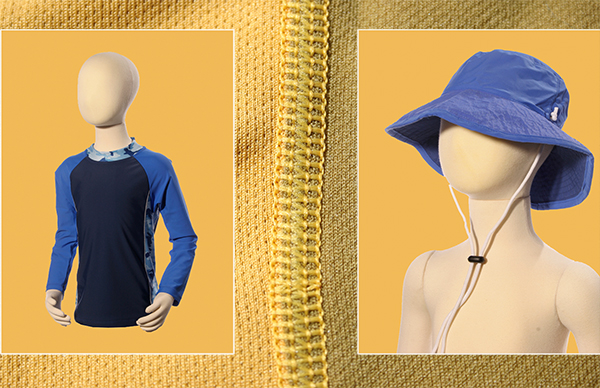 SPF uses UV-blocking fabrics it developed with NASA in its Aquaweave and Solarknit product lines. The apparel blocks at least 98 percent of ultraviolet rays, in part due to special stitching and SPF’s Solarprotiferous process, which enhances fabric reflectivity and UV absorption by applying charcoal, coconut, and titanium in a finishing process. 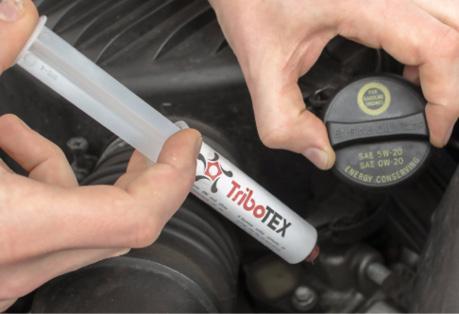 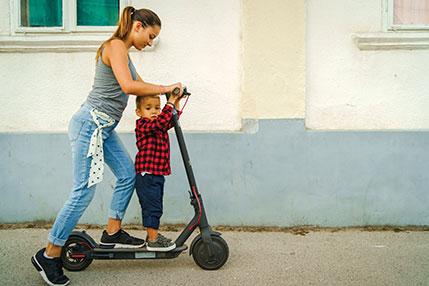 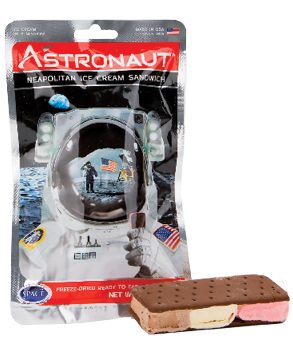 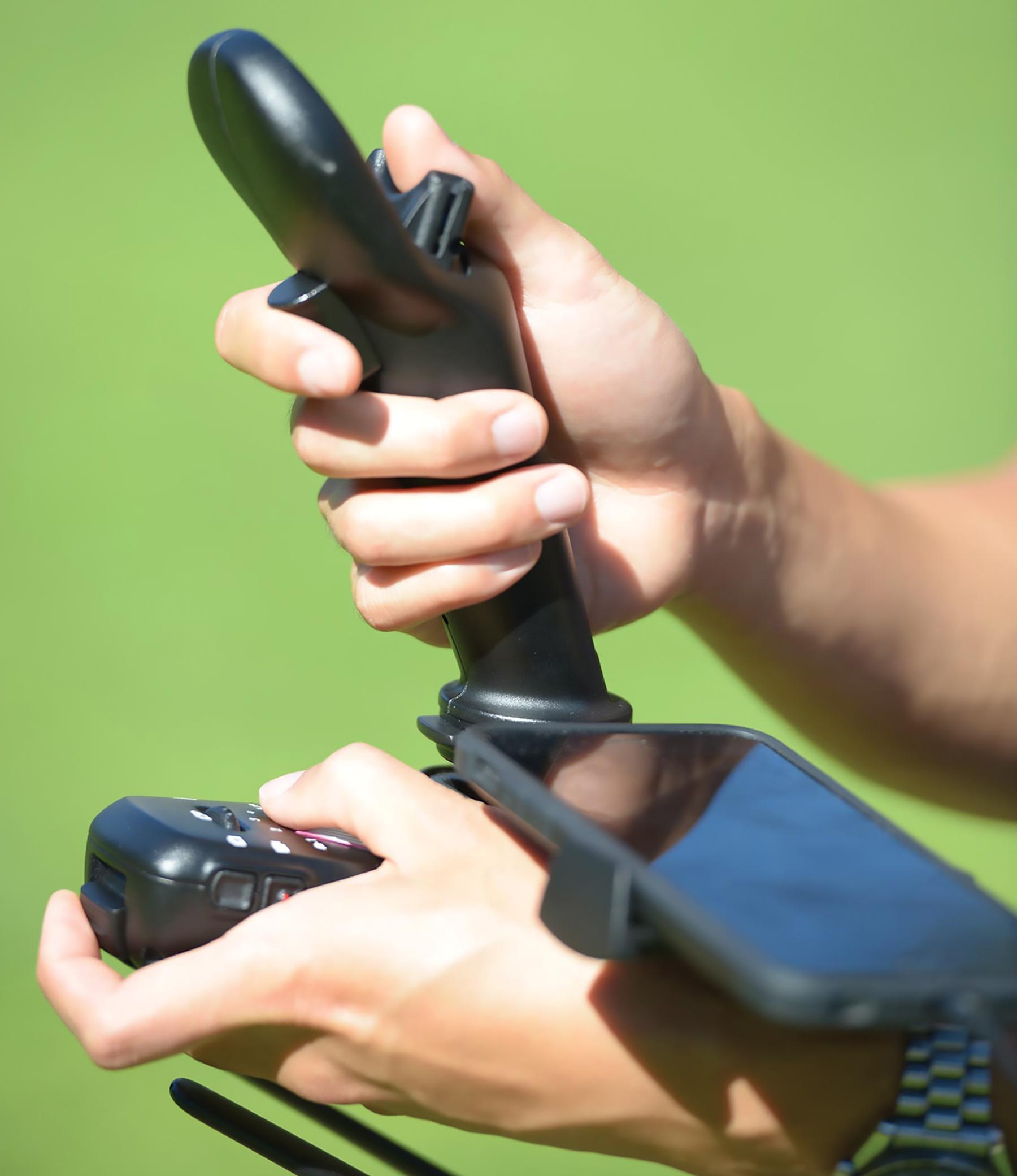