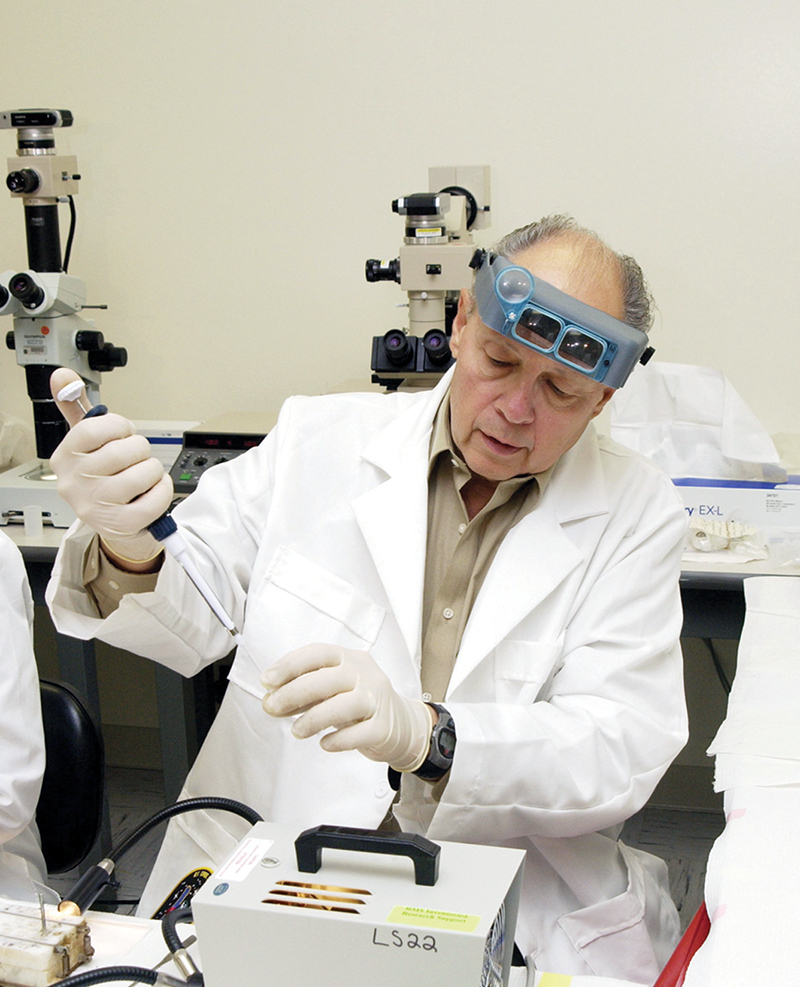 Dr. Dennis Morrison, a former scientist at Johnson Space Center, spent part of his 34-year career with NASA performing research on nanomaterials—materials 10,000 times smaller than a human hair. Specifically, Morrison’s research on nanoceramic materials started with the development of microcapsules, or tiny balloons the size of blood cells, designed to deliver cancer-fighting drugs by injection into solid tumors deep within the body.

Originally, these liquid-filled microballoons were made in low Earth orbit where the absence of gravity aided in the formation of the outer membrane. Eventually, these space-based experiments resulted in the development of a device that could make the drug-filled microcapsules on Earth.

In order to release all of theof a microcapsule when and where a physician wanted them, Morrison developed special ceramic nanoparticles containing a unique mixture of metal oxides. When these metallic-ceramic composites were incorporated into the surface of the microcapsule and subsequently heated by a magnetic field such as a Magnetic Resonance Imaging (MRI) diagnostic device, the composites produced negative or positive ions and heated to a predictable temperature. This caused the tiny ceramic-magnetic particles to melt holes in the microcapsule, and thereby release the drugon command. Eventual tests on human tumors grown in mice showed three small injections of the microcapsules within a 2-week period inhibited more than 50 percent of the tumor’s growth.

To exchange and share research on nanomaterials, Morrison attended nanotechnology conferences sponsored in part by NASA. At a 2001 conference in Galveston, Texas, Morrison met Farouk Shami, the founder and chairman of Farouk Systems Inc., a manufacturer of professional hair care and styling products in Houston. Shami asked Morrison about the latest ceramic applications in nanotechnology because he wanted to enhance the ceramic materials used in his company’s professional hairstyling tools. Specifically, Shami had developed slick ceramic coatings that emitted negative ions when heated.

After learning more from Morrison about ceramics containing special metal composites, Shami developed a unique ceramic composite and incorporated the material into his CHI (Cationic Hydration Interlink) hairstyling iron. When heated at low temperatures—roughly 180 to 200 ?C—the metal components in the CHI ceramic released ions that proved beneficial for hairstyling. According to the company, the ions help to smooth and soften the hair, thus making it easier to manage and style.

“At Johnson, we were developing ceramic metallic components for triggering the release of drugs from microcapsules. I never had any idea that it might be beneficial to someone in the hair industry making a hair iron with ceramic plates,” says Morrison.

Then in 2004, another area of NASA research inspired Shami to develop his products further. Because typical cleaning agents like chlorine and alcohol release fumes in the contained environment of a spacecraft, scientists and engineers at Johnson had looked at alternative methods to keep surfaces clean and disinfected. One of these methods involved the use of nanosilver particles. Because nanosilver acts as a passive sterilizing component, Shami found that by incorporating it into CHI hair tools and products, it essentially created tools with self-disinfecting surfaces. Airborne microbes like fungi and bacteria died after they settled on the surface. This feature was especially attractive to salons and spas, where emphasis is placed on improved air quality, reduced fumes, and reduced contamination.

Today, Farouk Systems manufactures approximately 1,000 products including hairstyling tools, skin and hair conditioners, hair color for professional salons, and exports to 106 countries. In addition to using nanomaterials in the CHI hair iron, the company also uses the materials in an extensive line of brushes, curling irons, CHI nail lacquers, and hair dryers. The nanoceramic metallic composite in the outlet of the hair dryers releases the same beneficial ions and infrared wavelengths as the CHI hairstyling irons.

To extend the potential of the combination of ions and infrared wavelengths created by CHI styling tools, Shami created a second level of products based on the NASA-inspired technology—liquid formulations specially designed to work with the irons and blow dryers. These include the CHI Ionic Color Protector System, the CHI Curl Preserve System, and the CHI Organics Olive Nutrient Therapy line, among others. Shami also invented special hair conditioners containing natural silk to use with the heated ceramic plates to prevent hair from burning or drying out. According to Farouk Systems, the infrared thermal waves plus silk infusion not only help to seal natural oils in the hair, but improves moisture retention during the styling process.

In addition, the incorporation of nanosilver led to the development of the Nano-CHI hairstyling and flat irons, Nano-hair dryers, and the CHI line of nail polish that incorporates nanosilver particles to inhibit microbial growth after the containers have been used.

After retiring from Johnson in 2006, Morrison started working with Shami as senior vice president of technology at Farouk Systems to use his NASA research experience as a platform to develop additional hair processing and styling tools that use near-infrared (NIR) light. Morrison’s research into using light-emitting diode (LED) devices to improve skin healing and bone cell replacement in astronauts led to a new application for hair. He and Shami designed LED devices to apply the NIR light three times per week to stimulate scalp healing and the growth phase of hair follicles that have become dormant. Farouk Systems has been testing some CHI + NIR hair tools as well as complementary skin products, and aims to place them on the market in 2010.

According to Morrison, NASA expertise impacted the success of the CHI iron as well as opened the door for related developments. One of the latest is a digital controller that takes heat measurements and then adjusts the amount of current delivered several times per second to maintain an optimal temperature.

Morrison appreciates NASA’s capability to do research and development without being focused on just one application. “Alternate uses may not be envisioned for a certain technology, but once you understand the mechanisms of the technology, you can look for spinoff applications,” he explains. “As a NASA employee, I was encouraged to spread information about the concepts and results of our research, as well as talk to people about potential new applications of what we were discovering. The CHI hair iron is just a small example.”

CHI® is a registered trademark of Farouk Systems Inc.

Abstract
Dr. Dennis Morrison, a former scientist at Johnson Space Center, conducted research on microcapsules that were developed in space and designed to deliver drugs to cancerous tumors. This work led to research on nanoceramic materials, and in 2001, Morrison shared his expertise with Farouk Shami, the owner of Farouk Systems Inc., of Houston, Texas. After learning more, Shami developed a ceramic composite for his CHI (Cationic Hydration Interlink) hairstyling irons, brushes, nail lacquers, and hair dryers. Morrison also used his NASA research expertise as a platform to incorporate nanosilver and near-infrared light into the products. 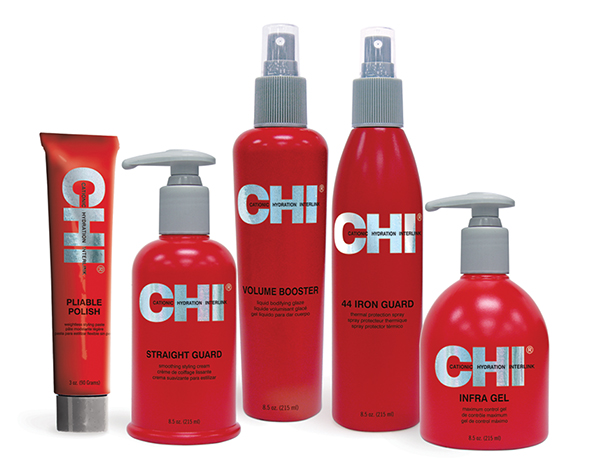 These liquid formulations were specially designed to work with the combination of ions and infrared wavelengths created by Farouk Systems’ CHI styling tools.

According to Farouk Systems Inc., the CHI line of hairstyling irons features a unique ceramic composite that, when heated at low temperatures, releases ions that are beneficial for hair, making it softer, smoother, and easier to style.