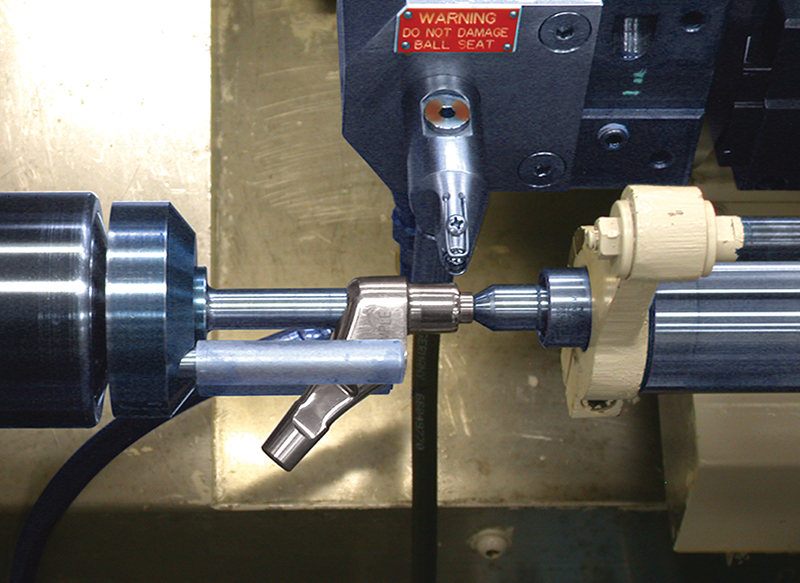 When compressed air mixes with jet fuel and is ignited in a turbine engine, the temperature can reach 3,000 °F. As a result of this fiery exhaust, the turbine spins and then forces the air through the back of the engine, and the jet moves forward. While extremely hot air assists in propelling a plane, it can also take a toll on the turbine blades and propeller hubs.

An engine component’s lifespan is limited not only by heat, but also by general fatigue (weakening), corrosion, fretting fatigue (mechanical wear and oxidation that leads to cracking), and foreign object damage. Even a small amount of damage can cause a failure that can result in catastrophic consequences. Inspection and maintenance to avoid these failures in aerospace turbine engines is estimated to cost billions of dollars annually.

Techniques such as shot peening (impinging small steel spheres on a surface), laser shocking (using a laser to apply shock waves to a material), and deep-rolling (applying force by rolling a tool over the surface) are often used to apply compressive residual stress that actually boosts the strength of tough metal engine components.

In the 1990s, when NASA was looking for new and improved methods to increase the lifespan of engine components that undergo extreme temperatures and service, it found an alternative process called low plasticity burnishing (LPB), developed by Lambda Research Inc., of Cincinnati, Ohio.

Based on a series of studies on the thermal stability of a variety of surface treatments including shot peening and laser shocking, Lambda discovered that the more cold work (working of metal at room temperature) a material underwent, the less strength it retained when subjected to high temperatures. In developing LPB, Lambda used only a fraction of cold working, which increased the damage tolerance of materials and prevented cracking in components designed for high-temperature situations.

To demonstrate LPB in the hot sections of turbine engine metal components, NASA’s Glenn Research Center awarded Phase I and II Small Business Innovation Research (SBIR) contracts to Lambda in the late 1990s. Through these SBIRs, Lambda showed LPB to be an affordable means of producing a thermally stable deep layer of compressive residual stress in metallic components that remained stable at engine operating temperatures. LPB also increased the lifespan of components, doubled the endurance limit of components, halted existing cracks, and improved the fatigue performance of turbine alloys without altering the alloy or the design.

Performed by rolling a hydrostatic bearing tool over the surface of a specific part or piece, LPB allows an exact amount of force to create a desired layer of compression in one pass. By producing a repeatable and stable deep layer of compressive surface residual stress, metals become more resistant to corrosion, damage from foreign objects, and cracking.

“NASA gave us the initial opportunity to demonstrate LPB in an application that provided the new technology to the aircraft engine, ground-based turbine applications, and to aging aircraft. The initial NASA SBIR was also instrumental in supporting additional, more extensive funding that was available through the Department of Defense, primarily with the Naval Air Systems Command (NAVAIR) and some with the Air Force, which has led to the introduction of LPB into commercial aircraft, now with the support of the Federal Aviation Administration (FAA),” says Paul Prevéy, CEO of Lambda Technologies Group.

Prior to completing its work with NASA, Lambda patented the LPB process and created a spinoff company, Surface Enhancement Technologies LLC, to market LPB. In 2010, LPB earned recognition as one of the “R&D 100” (a list of the top 100 inventions of the year), granted by R&D Magazine.

Capable of being applied to all types of carbon and alloy steel, stainless steel, cast iron, aluminum, titanium, and nickel-based super alloys, and many components with odd shapes or forms, LPB can be performed in a machine shop environment, in the field, and by using robotic tools. One important feature of the LPB application method is that it is highly controllable and can be validated to ensure that the process is applied to every part.

Over the last decade, LPB has been successful in completely eliminating fatigue failures in the first stage vanes on aircraft engines. Previously, these failures had resulted in the loss of several aircraft and crew. Lambda has processed over 45,500 of these vanes, and achieved process control exceeding Six Sigma. This processing is what led to FAA acceptance of LPB as a suitable process for both repair and alteration of commercial aircraft components. It is estimated that LPB will save the aircraft market over $10 million for the mitigation of stress corrosion cracking on just one landing gear application.

In 2009, Lambda and Delta Airlines announced an exclusive partnering agreement to use LPB for maintaining commercial aircraft components such as landing gear, propeller hubs, and turbine engine blades. According to the companies, the team effort provides opportunities to extend the life of aging aircraft, overcoming damage from foreign objects, stress corrosion cracking, and corrosion pitting damage mechanisms that are common throughout the commercial aircraft fleet.

In addition to having a significant impact on defense and aerospace components, LPB has also had a major impact on medical implant manufacturers. Lambda finds the savings for the medical and aircraft markets combined could reach numbers in excess of $100 billion.

A 2004 partnership between Lambda and Exactech, an orthopedic company that develops, manufactures, markets, distributes, and sells orthopedic implant devices and related surgical instrumentation, initiated the first commercial application of LPB to stop fretting in medical implants. Prior to working with Exactech, Lambda addressed a similar problem under SBIRs with NAVAIR, building on the work of NASA SBIRs, to apply LPB to stop fretting damage on the blade dovetail joint on jet engines.

In the case of the hip implant, fretting was occurring in a section of the hip stem due to severe cyclical stress, as every step taken by a patient represented a single loading and unloading cycle. Exactech explored a number of solutions to increase the performance of the implant, including laser peening and roller burnishing, but nothing compared to LPB, which improved the fatigue strength of the hip stem by more than 40 percent and increased the lifespan of the piece by more than 100 times. Data from the U.S. Food and Drug Administration confirmed that LPB completely eliminated the occurrence of fretting fatigue failures in modular hip implants. LPB has been integrated in the manufacturing process and applied to more than 3,400 hip implants.

Another application where LPB was chosen over laser peening was in eliminating residual tension in the final closure weld of the long-term nuclear waste storage containers for Yucca Mountain. The design review board for the containers unanimously selected LPB for the greater depth of compression, advantages in logistics, quality control, surface finish, and cost. The U.S. Department of Energy found LPB produced residual compression that exceeded the depth required for the surface to remain in compression for the 50,000-year design life of the containers.

LPB™ is a trademark of Lambda Technologies.

Six Sigma®/SM is a registered trademark and service mark of Motorola Inc. 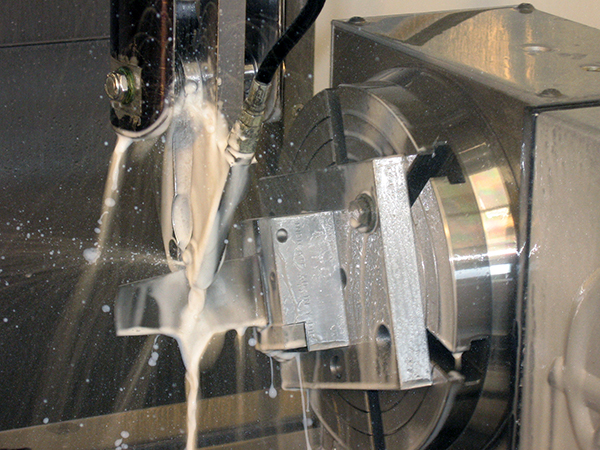 Developed by Lambda Research Inc. and refined with NASA’s Glenn Research Center’s funding, low plasticity burnishing (LPB) strengthens metal components, like the F100 aircraft blade shown here, by applying force to the surface of a material to produce a desired layer of compressive residual stress. The technique has proven effective for components that undergo extreme pressure, temperature, and stress. 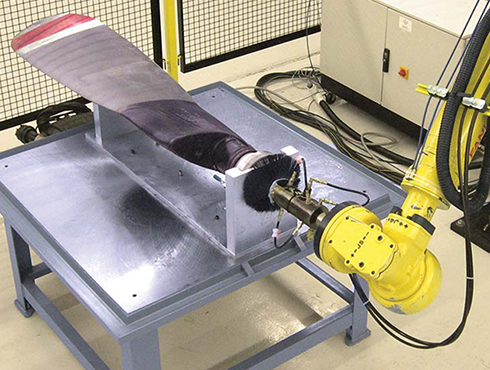 Performed in a machine shop environment, in the field, and by using industrial robotic tools, LPB can be applied to new or old metal components.

The LPB process completely eliminated the occurrence of fretting, which leads to cracking, in the neck segment of a medical hip implant. It also increased the fatigue strength of the implant by 40 percent and the lifespan by more than 100 times.