In the 1980s, Jet Propulsion Laboratory (JPL) scientists James Stephens and Charles Miller were studying the harmful properties of light in space, as well as that of artificial radiation produced during laser and welding work. The intense light emitted during welding can harm unprotected eyes, leading to a condition called arc eye, in which ultraviolet light causes inflammation of the cornea and long-term retinal damage.

To combat this danger, the JPL scientists developed a welding curtain capable of absorbing, filtering, and scattering the dangerous light. The curtain employed a light-filtering/vision-enhancing system based on dyes and tiny particles of zinc oxide—unique methods they discovered by studying birds of prey. The birds require near-perfect vision for hunting and survival, often needing to spot prey from great distances. The birds’ eyes produce tiny droplets of oil that filter out harmful radiation and permit only certain visible wavelengths of light through, protecting the eye while enhancing eyesight. The researchers replicated this oil droplet process in creating the protective welding curtain.

The welding curtain was commercialized, and then the scientists focused attention on another area where blocking ultraviolet light would be beneficial to the eyes: sunglasses. In 2010, the groundbreaking eyewear technology was inducted into the Space Foundation’s Space Technology Hall of Fame, which honors a select few products each year that have stemmed from space research and improved our lives here on Earth.

SunTiger Inc.—now Eagle Eyes Optics, of Calabasas, California—was formed to market a full line of sunglasses based on the licensed NASA technology that promises 100-percent elimination of harmful wavelengths and enhanced visual clarity. Today, Eagle Eyes sunglasses are worn by millions of people around the world who enjoy the protective and vision-enhancing benefits.

Maximum eye protection from the Sun’s harmful ultraviolet rays is critical to our ability to see clearly. This is because when light enters the eye, a series of events happen which can help, hinder, or even destroy our eyesight. First, light passes through the cornea and ultimately reaches the retina which contains two types of cells—rods (which handle vision in low light) and cones (which handle color vision and detail). The retina contains 100 million rods and 7 million cones. The outer segment of a rod or a cone contains the photosensitive chemical, rhodopsin, also called “visual purple.” Rhodopsin is the chemical that allows night vision, and is extremely sensitive to light. When exposed to a full spectrum of light, rhodopsin immediately bleaches out, and takes about 30 minutes to fully regenerate, with most of the adaption occurring in the dark within 5 to 10 minutes. Rhodopsin is less sensitive to the longer red wavelengths of light and therefore depleted more slowly (which is why many people use red light to help preserve night vision). When our eyes are exposed to the harmful, ultraviolet light rays of the Sun (UVA, UVB, and blue-light rays), damage to our eyes and their complex vision-enhancing processes can occur and not even be noticed until years later, long after exposure.

The most common form of eye damage related to ultraviolet exposure, cataracts, causes the lens of the eye to cloud, losing transparency and leading to reduced vision and, if left untreated, blindness. In the United States alone, it is estimated that cataracts diminish the eyesight of millions of people at an expense of billions of dollars. Other forms of eye damage directly attributable to ultraviolet exposure include pterygium, an abnormal mass of tissue arising from the conjunctiva of the inner corner of the eye; skin cancer around the eyes; and macular degeneration, which damages the center of the eye and prevents people from seeing fine details.

Alan Mittleman, president and CEO of Eagle Eyes explains, “When we’re born, our eyes are clear like drops of water. Throughout life, we start to destroy those sensitive tissues, causing the yellowing of the eyes and the gradual worsening of eyesight. When the eye becomes more and more murky, cataracts form. Simple protection of the human eye, from childhood and throughout adulthood could protect the clarity of the eye and extend good vision for many years—even our entire lifetime.

“It has only been recently,” he adds, “that people started to realize the importance of this.” Sunglass manufacturers are recognizing the importance of eye care, and consumers are becoming more aware of eye health. One issue still plaguing the sunglass market, though, is that consumers assume that darker lenses are more protective, which is not always the case.

It may feel more comfortable to wear the dark lenses, but in addition to reducing the field of vision, it relaxes the eye, which allows more blue light to get directly to the retina. Blue light, in particular, has long-term implications, because it passes through the cornea and damages the inner retinal area.

The Eagle Eyes lens allows wearers to see more clearly because it protects from ultraviolet light, but more importantly, blocks this blue light, allowing the good visible light while blocking the harmful wavelengths.

Among their many donations throughout the years and goal of spreading good vision and eye protection to remote areas of the world, Eagle Eyes Optics had the opportunity recently to provide assistance to a group in sore need of eye protection: children in Galena, Alaska. The incidence of cataracts is 300 times greater in Alaska because of the Sun’s reflection off of the snow. Eagle Eyes donated 150 pairs of its sunglasses to a high school in Galena, and they were delivered by members of the Space Foundation and presented by former NASA astronaut Livingston Holder.

Abstract
To combat the harmful properties of light in space, as well as that of artificial radiation produced during laser and welding work, Jet Propulsion Laboratory (JPL) scientists developed a lens capable of absorbing, filtering, and scattering the dangerous light while not obstructing vision. SunTiger Inc. now Eagle Eyes Optics, of Calabasas, California was formed to market a full line of sunglasses based on the JPL discovery that promised 100-percent elimination of harmful wavelengths and enhanced visual clarity. The technology was recently inducted into the Space Technology Hall of Fame. 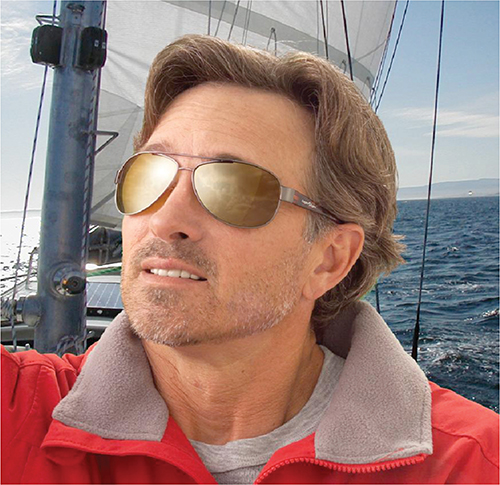 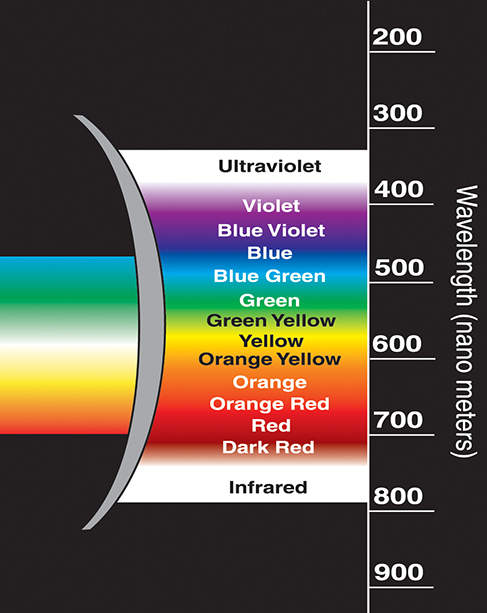 The Eagle Eyes lens (right) makes scenes more vivid because harmless wavelength colors such as red, orange, yellow, and green are enhanced, and damaging rays in the blue, violet, and ultraviolet (UV) wavelengths are blocked.