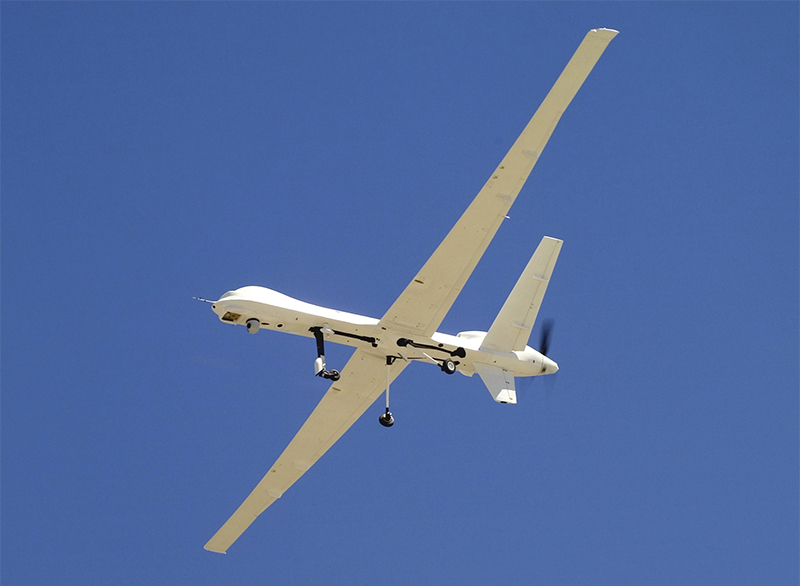 One of the more remarkable developments in aviation in recent years has been the increasing deployment of unmanned aerial vehicles, or UAVs. Since the invention of the first UAV in 1916, these remotely—or sometimes autonomously—controlled vehicles have become invaluable tools for military reconnaissance and combat, cargo transport, search and rescue, scientific research, and wildfire monitoring. Free from having to accommodate the safety needs and endurance limits of a pilot, UAVs are capable of flying extended missions and venturing into hazardous and remote locations.

There is one common aviation danger, however, that plagues unmanned and manned aircraft alike. In certain atmospheric conditions, layers of ice can build up on an aircraft’s leading surfaces, dramatically affecting its aerodynamics and resulting in decreased performance or even complete loss of control. Lightweight UAVs are particularly susceptible to icing problems, and the potential damage icing conditions can cause to these expensive vehicles can render their operation unfeasible in certain weather. This is particularly troubling for military UAV applications, in which icing conditions can lead to aborted missions and the loss of crucial tactical capabilities.

Countering the threat of icing has been one of NASA’s main aeronautics goals. NASA research has led to a variety of deicing technologies that are now making aviation safer for all aircraft. One such solution, invented by Ames Research Center engineer Leonard Haslim, employs a pair of conductors embedded in a flexible material and bonded to the aircraft’s frame—on the leading edge of a wing, for example. A pulsing current of electricity sent through the conductors creates opposing magnetic fields, driving the conductors apart only a fraction of an inch but with the power to shatter any ice buildup on the airframe surface into harmless particles. Haslim called his invention an electroexpulsive separation system (EESS), or the “ice zapper,” and it earned him NASA’s “Inventor of the Year” award in 1988. Decades later, this technology is now proving to be an ideal solution to the UAV icing dilemma.

Aeronautics engineer Mark Bridgeford was wandering through a technology trade show when he came across a booth where a pair of representatives from Ames was displaying NASA innovations, including something that attracted Bridgeford’s attention. The representatives were setting poker chips on a device and popping them into the air to demonstrate its capabilities; it was a model of Haslim’s invention. Bridgeford immediately realized that there was nothing like the EESS on the market and learned that Ames was actively seeking to transfer the technology to the public sector.

“I recognized from the beginning that this was a home-run technology,” Bridgeford says. In 1995, he and business partner Richard Olson formed Temecula, California-based Ice Management Systems (IMS, now known as IMS-ESS after merging with cable and harness assembly manufacturers Electro-Support Systems in 2007) and licensed the patent for Haslim’s innovation from Ames that same year.

Through the course of extensive research and development, IMS built upon the existing NASA concept, creating an energy-efficient power system and a composite, leading-edge cuff with the conductive actuators embedded internally in the carbon-fiber structure. The company conducted extensive testing in icing tunnels, including the Icing Research Tunnel at Glenn Research Center, proving the technology’s consistent effectiveness in removing ice from airframe surfaces.

IMS-ESS was first featured in Spinoff 2001, following the company’s sale of several of its electroexpulsive deicing systems (EEDS) to Thompson Ramo Wooldridge for use on the TRW (now the Northrop Grumman) Hunter UAV. Around the same time, Bridgeford says, major UAV manufacturer General Atomics, producer of the well-known military Predator UAVs, was beginning work on its Sky Warrior UAV program for the U.S. Army. Well aware of the icing problems that affected the usefulness of its UAVs, General Atomics brought IMS-ESS into its development program for the Warrior. IMS-ESS’ NASA-derived deicing systems are currently in production for use on the Warrior, just one of the company’s successes in the field of UAV deicing solutions.

“One reason we have hit a spot with the UAV business is the simple fact that our system utilizes so little energy,” he says. The system uses around 600–900 watts—“unheard of for ice protection”—whereas typical thermal deicing systems use tens of thousands of watts, requiring a large generator impractical for use on a lightweight UAV.

Other solutions are equally problematic, Bridgeford says. “Weeping wing” deicing systems, which coat wing surfaces with anti-ice agent ethylene glycol, require the UAV to carry a weighty onboard supply of the chemical that may run out over the course of a long-duration flight. Pneumatic boot systems, which inflate to break away ice buildup, require a certain amount of ice accumulation before they can operate successfully. IMS-ESS systems, in contrast, are lightweight, low power, and are effective for any ice thickness.

“With the electroexpulsive technology, UAVs are able to incorporate continuous, year-round ice protection into their airframes,” Bridgeford says.

IMS-ESS is taking a big step forward this year, Bridgeford notes. Besides the Sky Warrior, the company’s deicing systems are going into production for use on the Thales UK Watchkeeper Tactical UAV for the British Army, and Bridgeford expects other UAV programs to follow suit in the near future. IMS-ESS is also set to pursue Federal Aviation Administration certification for its systems, a major step toward delivering the benefits of the company’s NASA-derived deicing system to piloted aircraft.

While Bridgeford acknowledges the challenges facing small businesses when bringing sophisticated technologies to fruition, he sees NASA as a source of unique technology for commercial applications.

“This company was launched on NASA technology,” he says. “I would like to see more of this kind of exchange.” 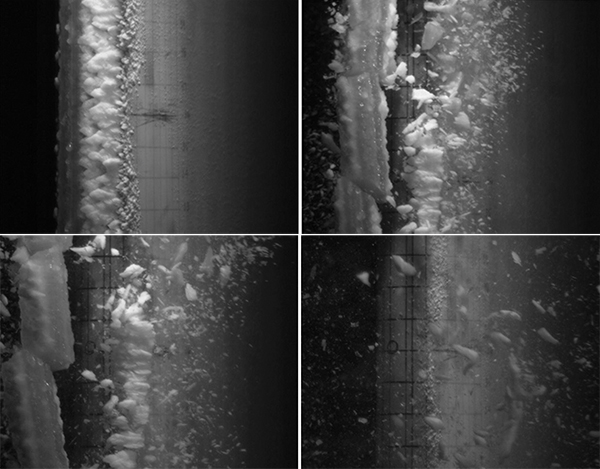 An electric current drives apart a pair of conductors embedded in the leading edge of a wing, shattering any ice buildup on the surface into harmless particles.