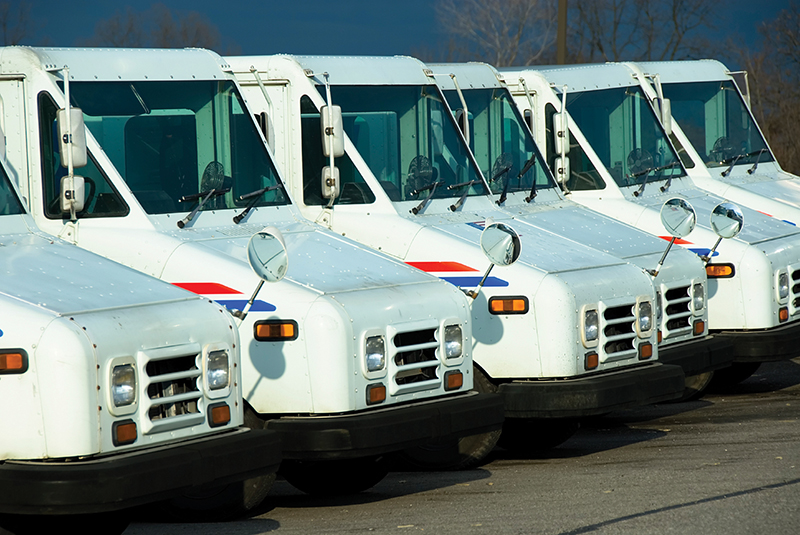 Successful space missions can rarely be attributed to a single thing. Rather, they are the result of a system of systems: integrated elements functioning effectively in their individual roles and together with related components, then those systems interacting with and supporting other systems to form a collaborative whole—from the spacecraft itself to the engineering and research teams that design and build it.

An example is found in spacecraft power systems. Unlike a gas-powered car or a battery-powered laptop, most spacecraft are powered by multiple energy sources—such as photovoltaic panels, fuel cells, and batteries—working in tandem to ensure the spacecraft functions throughout the course of a mission. As with any system, the appropriate combination of elements and the method of their management are key to high performance and efficiency.

One initiative at Glenn Research Center, the Hybrid Power Management (HPM) program, focused on joining new and mature technologies for optimal power systems applications in space and on Earth, with the goal not only to develop ultra-efficient space power systems, but to advance HPM to address global energy issues. The HPM program emerged from Glenn’s long history of electric vehicle research dating back to the 1970s, including the NASA Hybrid Electric Transit Bus (HETB) project in the 1990s, which was the largest vehicle to use supercapacitor energy storage.

Unlike batteries that store and discharge energy through chemical reactions, supercapacitors store energy electrostatically. In this way, supercapacitors charge and release energy more quickly than a battery, and unlike a battery, can tolerate up to 1 million charge and discharge cycles without wearing out. Though there were certain disadvantages compared to batteries, such as low energy storage, supercapacitors presented an interesting candidate to couple with batteries or other power sources in space applications or in hybrid electric land vehicles.

To help test the effectiveness of supercapacitors for power systems, NASA formed a unique partnership—perhaps the only one in the Agency’s history to involve a dragster.

The dragster was named “Bad Amplitude,” and it was battery-powered. Capable of achieving a speed of 127 miles per hour in a quarter mile, the dragster presented an ideal testbed for the supercapacitors NASA was studying. Through the NASA Illinois Commercialization Center (NICC), which at the time provided technology commercialization services for the state’s businesses, Glenn partnered with the dragster’s developer, NetGain Technologies LLC of Lockport, Illinois, in 2003.

The partnership also focused on another advanced concept: the development of a retrofit system for converting rear-wheel drive vehicles into gas/electric hybrids, installing an electric assist motor and using supercapacitors instead of batteries.

While the supercapacitors ultimately did not suit the dragster or the retrofit system, at the conclusion of the NICC grant, NetGain had provided NASA with significant data on supercapacitor use and had proven the viability of a hybrid retrofit system (HRS) using batteries. The company continued developing the HRS, including methods for coordinating the operation of electric motors and internal combustion engines. This NASA-derived work has now led not only to commercial HRS technology, but also, according to NetGain, to the world’s most popular line of motors for electric vehicles.

“This is breakthrough technology,” says NetGain Technologies member Dennis Bieschke. “EMIS allows people to convert the vehicle they have and not buy a new hybrid vehicle.” This makes it economically possible for many people to own a hybrid, Bieschke notes, especially fleet owners who cannot afford to invest in an entirely new fleet to enhance the efficiency and lessen the environmental impact. For fleet or other vehicles with standard, readily available parts, the conversion process can be accomplished in one day, says George Hamstra, also a NetGain member.

“You can drive a vehicle in as a gas vehicle in the morning and drive it out as a hybrid in the afternoon,” Hamstra says.

Not only has NetGain pioneered a commercial HRS based on its work with NASA, but it has also innovated the related electric motor technology. The company learned from the various mechanical failures it encountered during the development of the HRS system with NASA, which led Hamstra to make a series of positive engineering changes to electric motors. NetGain’s sales of these advanced motors quadrupled from 2004 to 2005 and nearly tripled again in 2006. In 2007, Hamstra formed a sister company, NetGain Motors Inc., to focus on manufacturing and marketing the entire line of electric motors.

“We now have well over 150 dealers worldwide that are dependent on these motors,” says Hamstra. The company’s WarP, ImPulse, and TransWarP motor products have rescued an Illinois motor manufacturer, whose business repairing forklift motors had drastically declined; production of NetGain’s motors now supports over 100 jobs at the manufacturing facility.

The combination of the electric motors with the EMIS system has provided an affordable hybrid vehicle option for everyone from celebrities to garage mechanics, says Bieschke. While the benefits to fuel economy change depending on the vehicle, motor and battery size, and driving conditions, NetGain’s results from its delivery truck testbed indicated fuel savings of 15–26 percent. The company believes the short-distance, multiple-stop delivery truck market—trucks used by everyone from the U.S. Postal Service to food distributors, over 8.5 million in the United States alone by NetGain’s estimation—represent an ultimate application for the HRS technology. For these vehicles, the general estimated cost of the conversion is $9,000–$10,000, a cost typically paid back through fuel savings within 30–42 months.

“The system employs impressive technology, tapping into the vehicle’s computer and other sensors to apply the appropriate amount of electrical assist,” says David Hrivnak, a Kingsport, Tennessee-based industrial engineer for Eastman Chemical Company. As a personal project, Hrivnak outfitted his Chevrolet Avalanche with NetGain’s EMIS system and TransWarp motor and realized a more than 15-percent improvement in gas mileage. “I have yet to find any other technology that allows someone to make a significant improvement in efficiency for an existing vehicle,” Hrivnak says. The converted hybrid Avalanche also experienced a performance boost, shaving a full half-second off its quarter-mile elapsed time.

NetGain’s work with NASA may have started with a dragster, but its benefits have gone far beyond advanced engineering. NetGain donated its original HRS prototype delivery truck to the Loaves & Fishes Community Pantry in Naperville, Illinois, providing fuel savings as the organization delivers food to more than 15,000 individuals in need.

EMIS™ is a trademark of NetGain Technologies LLC.

WarP™, ImPulse™, and TransWarP™ are trademarks of NetGain Motors Inc

Abstract
Working with Glenn Research Center through the NASA Illinois Commercialization Center, NetGain Technologies LLC of Lockport, Illinois, developed a retrofit system for converting gas-powered vehicles to gas-electric hybrids. The partnership also resulted in a line of electric motors for vehicles marketed by NetGain Motors Inc., the production of which supports over 100 jobs at the company_s manufacturing facility. 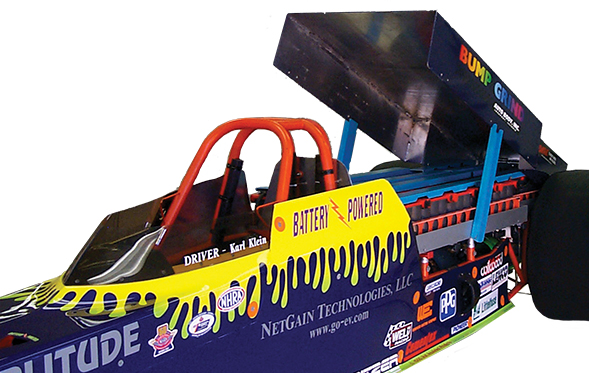 Delivery truck fleets, like those used by the U.S. Post Office, can benefit from the NASA-derived hybrid retrofit systems developed by NetGain Technologies LLC.