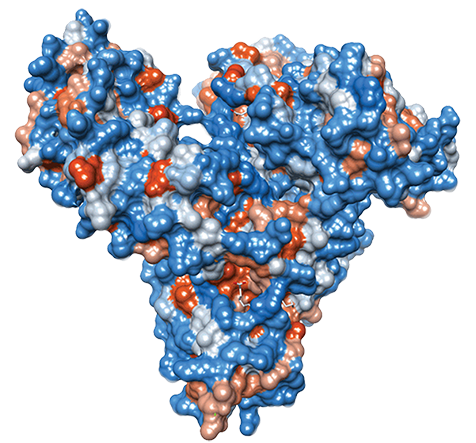 Dan Carter carefully layered the sheets of tracing paper on the light box. On each sheet were renderings of the atomic components of an essential human protein, one whose structure had long been a mystery. With each layer Carter laid down, a never-before-seen image became clearer.

Carter joined NASA’s Marshall Space Flight Center in 1985 and began exploring processes of protein crystal growth in space. By bouncing intense X-rays off the crystals, researchers can determine the electron densities around the thousands of atoms forming the protein molecules, unveiling their atomic structures. Cultivating crystals of sufficient quality on Earth was problematic; the microgravity conditions of space were far more accommodating. At the time, only a few hundred protein structures had been mapped, and the methods were time consuming and tedious. Carter hoped his work would help reveal the structure of human serum albumin, a major protein in the human circulatory system responsible for ferrying numerous small molecules in the blood.

More was at stake than scientific curiosity.

“Albumin has a high affinity for most of the world’s pharmaceuticals,” Carter explains, “and its interaction with drugs can change their safety and efficacy.” When a medication enters the bloodstream—a cancer chemotherapy drug, for example—a majority of it can bind with albumin, leaving only a small percentage active for treatment. How a drug interacts with albumin can influence considerations like the necessary effective dosage, playing a significant role in the design and application of therapeutic measures.

In spite of numerous difficulties, including having no access to microgravity following the 1986 Space Shuttle Challenger disaster, the image Carter had hoped to see was finally clarifying. In 1988, his lab had acquired specialized X-ray and detection equipment—a tipping point. Carter and his colleagues began to piece together albumin’s portrait, the formation of its electron densities coalescing on the sheets of tracing paper he arranged on the light box. While space-grown crystals were ultimately not involved in the achievement, a year later, Carter says, “we were on the cover of Science magazine, having determined the atomic structure of albumin.”

The albumin mapping project began to reveal important aspects of how the protein bound with and transported drugs. After a number of years studying the formerly inscrutable molecule, it became apparent to Carter and a number of his colleagues that the potential of this knowledge to impact drug design and development was too great to ignore. In 1997, they founded New Century Pharmaceuticals Inc., based in Huntsville, Alabama, to launch a large-scale structural biology program to map at an atomic resolution the structures of drugs bound to albumin, with the intent to improve drug performance.

Over the following years, New Century continued to work with NASA through a series of grants and contracts in support of the Agency’s protein crystal growth in microgravity program. Several inventions discovered at NASA were also licensed to New Century so Carter and his team could continue to test and develop its albumin-based innovations. The company also developed a unique set of technologies based on the original albumin breakthrough.

Today, New Century’s Crystallography and Albumin-based Drug Design and Evaluation platform, or CADEX, is the world’s most extensive library of atomic structures demonstrating the binding characteristics of drugs and albumin. Covering over 25 therapeutic categories from antidepressants to anti-cancer agents to antihistamines, CADEX provides a comprehensive knowledge base for the development of drugs tailored to interact effectively with albumin.

As an outcome of compiling CADEX, New Century was able to create a number of other innovations with potential for medical benefit, including its first commercial product, Albagen recombinant human serum albumin (rHSA). Produced synthetically in yeast rather than derived from animal sources, the Albagen rHSA is hypoallergenic and poses no risk of dangerous contaminants like viruses or prions. New Century licensed the Albagen technology to Albumin Bioscience in 2009, which is expanding the application of Albagen into potential research and therapeutic markets including drug delivery and in vitro fertilization. Albumin Bioscience has also incorporated Albagen into a line of unique skin care products designed to improve skin health by replenishing albumin levels in the skin.

Meanwhile, New Century continues to build upon the foundation of its CADEX repository.

“We learned that the bulk of large complex anticancer drugs bind to the same location in albumin,” says Carter, who served as chief of Marshall’s Biophysics and Advanced Materials Branch and won multiple NASA honors before founding New Century. “We also learned of molecules that have no anticancer activity and which are very powerful in blocking that particular binding site.”

The outcome is a new cancer drug combination approach called Salus, which in effect “tunes” the patient’s blood chemistry so that less of the anticancer drugs bind with albumin. This results in lower dose requirements—good news for patients who suffer from the toxic side effects of chemotherapy. The company plans to start clinical trials this year.

“When we look at the activity against cancer cell lines, there is dramatic improvement in performance,” says Carter. “Our goal is that this will be used to improve the clinical outcome of cancer patients everywhere.”

New Century has cultivated a number of successes outside of its albumin research. At Marshall in 1991, Carter, NASA colleague Joseph X. Ho and Florian Rüker, then with the Institute of Applied Microbiology in Vienna, helped determine the atomic structure of an antibody that recognized HIV—another scientific first. This collaboration culminated in a modular antibody technology that the company licensed and later sold to Austrian biotechnology company f-star, which is using the innovation to develop novel antibody-based treatments for conditions ranging from cancer to autoimmune diseases. New Century also invented a family of nanoparticle protein technologies, Ferrigen, with potential applications ranging from vaccines to drug delivery; developed a candidate HIV vaccine platform utilizing the Ferrigen technology; and crafted hardware currently under testing at Marshall for growing large crystals in space—ideal for neutron imaging applications that can reveal atomic structures more clearly than ever before.

With its origins at NASA, New Century’s CADEX platform is still the world’s largest repository of albumin structures, Carter says, and the potential clinical benefit of that data has yet to be fully realized.

“The challenge ahead of us is how that information is translated into helping people,” he says. “That’s an ongoing process.”

Abstract
While at Marshall Space Flight Center, Dan Carter and colleagues mapped the atomic structure of albumin, an important blood

protein, for the first time. Carter formed New Century Pharmaceuticals of Huntsville, Alabama, to build on this achievement, resulting in new skin care products and platforms for cancer treatment. 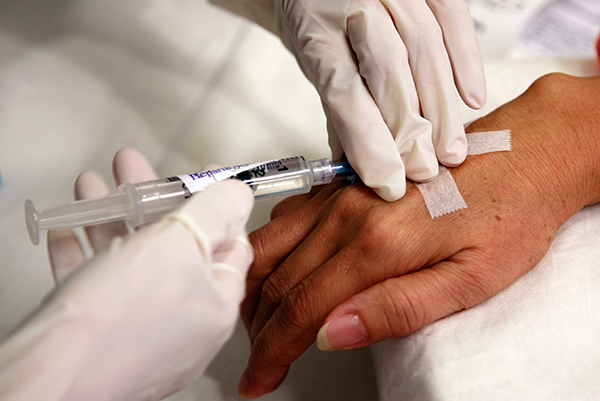 New Century Pharmaceuticals Inc. has built upon the original NASA work on albumin to develop a new cancer drug combination approach that promises to improve anticancer drug performance and diminish the toxic side effects of chemotherapy.