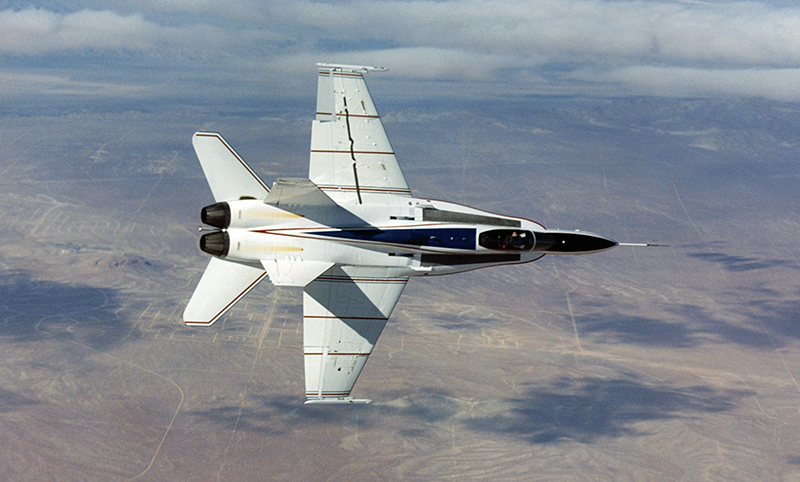 “Flutter” may sound like a benign word when associated with a flag in a breeze, a butterfly, or seaweed in an ocean current. When used in the context of aerodynamics, however, it describes a highly dangerous, potentially deadly condition.

Consider the case of the Lockheed L-188 Electra Turboprop, an airliner that first took to the skies in 1957. Two years later, an Electra plummeted to the ground en route from Houston to Dallas. Within another year, a second Electra crashed. In both cases, all crew and passengers died.

Lockheed engineers were at a loss as to why the planes’ wings were tearing off in midair. For an answer, the company turned to NASA’s Transonic Dynamics Tunnel (TDT) at Langley Research Center. At the time, the newly renovated wind tunnel offered engineers the capability of testing aeroelastic qualities in aircraft flying at transonic speeds—near or just below the speed of sound. (Aeroelasticity is the interaction between aerodynamic forces and the structural dynamics of an aircraft or other structure.) Through round-the-clock testing in the TDT, NASA and industry researchers discovered the cause: flutter.

Flutter occurs when aerodynamic forces acting on a wing cause it to vibrate. As the aircraft moves faster, certain conditions can cause that vibration to multiply and feed off itself, building to greater amplitudes until the flutter causes severe damage or even the destruction of the aircraft. Flutter can impact other structures as well. Famous film footage of the Tacoma Narrows Bridge in Washington in 1940 shows the main span of the bridge collapsing after strong winds generated powerful flutter forces. In the Electra’s case, faulty engine mounts allowed a type of flutter known as whirl flutter, generated by the spinning propellers, to transfer to the wings, causing them to vibrate violently enough to tear off.

Thanks to the NASA testing, Lockheed was able to correct the Electra’s design flaws that led to the flutter conditions and return the aircraft to safe flight. Today, all aircraft must have a flutter boundary 15 percent beyond the aircraft’s expected maximum speed to ensure that flutter conditions are not encountered in flight. NASA continues to support research in new aircraft designs to improve knowledge of aeroelasticity and flutter. Through platforms such as Dryden Flight Research Center’s Active Aeroelastic Wing (AAW) research aircraft, the Agency researches methods for in-flight validation of predictions and for controlling and taking advantage of aeroelastic conditions to enhance aircraft performance.

“Flutter clearance is a big part of the cost to approve a new aircraft for flight,” says Marty Brenner, aerospace engineer at Dryden. “What we’ve been supporting is how to estimate what this boundary is based on flight test data.” To do this, Dryden partnered with ZONA Technology of Scottsdale, Arizona, through the Small Business Innovation Research (SBIR) program.

The ZONA Online Flutter Estimator (ZOFE), one of the outcomes of the company’s collaboration with Dryden, is a software tool that not only helps manufacturers design safe, flutter-free aircraft, but also helps maintain the safety of the flight tests of these designs.

ZOFE takes the real-time measurements acquired during the flight test and applies a technique to extrapolate the aircraft’s flutter boundary, Chen explains, allowing designers to obtain essential information without potentially endangering the test aircraft or pilot.

ZOFE is in use by the U.S. Air Force for special projects for testing flutter suppression and innovating new kinds of air vehicles. Major aircraft manufacturers are also testing the product.

In the meantime, ZONA is developing an additional innovation in partnership with Dryden that promises potentially significant changes to flutter testing. Through SBIR contracts, ZONA created its Dry Wind Tunnel (DWT) technology for conducting ground flutter testing without a wind tunnel.

“A lot of wind tunnel data is suspect because of tunnel effects,” explains Brenner. Wind tunnels are not big enough to accommodate full-scale test aircraft, so smaller models of the aircraft have to be used instead. While these models still provide valuable aerodynamic information, Brenner says, “some parameters don’t scale up properly to a full-scale aircraft.”

ZONA’s DWT uses shaker devices to mimic the effects of aerodynamic forces on a full-scale wing or aircraft. The system’s software can calculate the aerodynamic forces and give that command to the shaker, which then applies that force to the true structure so engineers can record and observe the effects. The company claims that DWT can thus eliminate the uncertainties inherent in wind tunnel testing

“DWT is more accurate,” says ZONA project manager Jennifer Scherr, “because you have all of the control surfaces included, you are not making a scaled-down version of the aircraft, and you don’t have the wind tunnel walls adding other variables to the mix.” The technology also helps eliminate significant costs. Chen notes that the wind tunnel flutter test for a recent new aircraft design cost about $3 million to fabricate the scaled-down model and around $50,000 a day for the wind tunnel testing.

“Flight flutter testing of a new or modified vehicle is very expensive and time consuming,” says Starr Ginn, Dryden’s aerostructures deputy branch chief and contract monitor for the Phase II Small Business Technology Transfer (STTR) project to develop the DWT. “It takes roughly 25 people to prepare the aircraft, a large staff in the control room, fuel costs for each flight, and time in-between flights to review the data. Using the DWT will help identify where the flutter sensitivity is on the ground, allowing for a reduced number of flutter test points.”

ZONA continues to work with Dryden to advance the DWT technology, and is planning testing on the AAW aircraft in 2011. The company’s NASA partnerships have been essential for its ability to innovate new technologies, says ZONA engineer and director of operations Darius Sarhaddi.

“Aeroelasticity is not something that everyone needs,” he explains. “This type of technology is very narrow. For our business, government partnership is very important.”

It may be a specialized field, but the benefits of ZONA’s NASA partnerships—helping keep flutter confined to flags and seaweed—are very real. 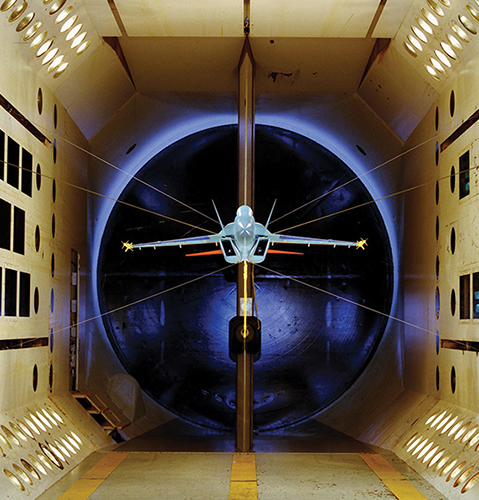 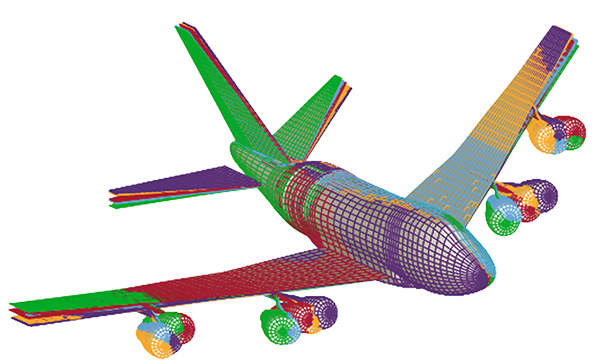 A model created by ZONA Technology shows aircraft deformations due to flutter.