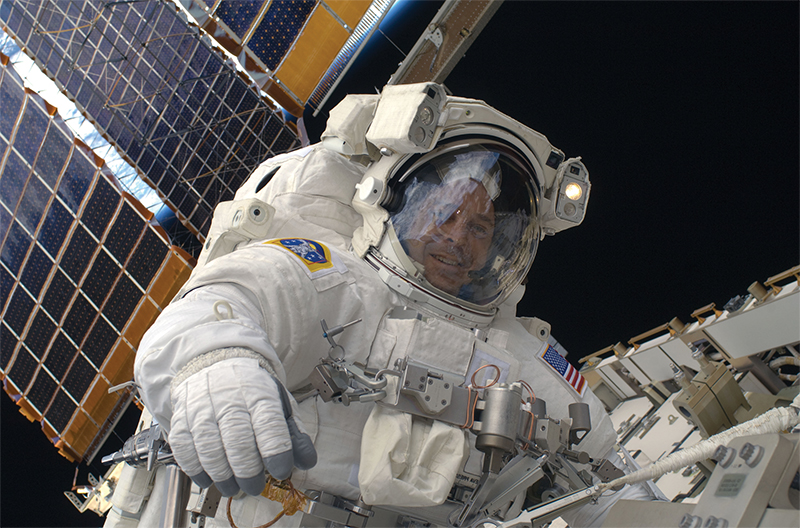 More than two decades ago, NASA started looking for a new way to keep astronauts comfortable—not in their underwear, but in their space gloves. During a spacewalk, temperatures can range between 250 °F and -250 °F. One of the technologies NASA looked at to help maintain a “just right” temperature was phase change materials (PCMs). At a designated high temperature, PCMs absorb and hold heat to produce a cooling effect. At a designated low temperature, PCMs release their stored heat to produce a warming effect in an area.

In testing, TRDC found the materials to be a simpler solution than NASA had previously used to maintain comfortable temperatures in spacesuits. When the environment became too warm or too cool, the PCMs automatically responded. The material showed promise—not only for space, but on Earth as well.

In the 1990s, a private company obtained exclusive rights to incorporate the NASA-proven technology into fabrics for use on Earth. Today, Boulder, Colorado-based Outlast Technologies Inc. calls the PCMs “Thermocules” and compares them to ice cubes in a drink. As an ice cube melts, it absorbs heat and cools the drink. Thermocules do the same thing but are permanently enclosed.

After licensing the technology from TRDC, Outlast incorporated it into everything from bedding to industrial fabrics, and in 2005 the company’s Thermocules were inducted into the Space Technology Hall of Fame.

Jockey International, headquartered in Kenosha, Wisconsin, learned about Outlast’s technology and was intrigued. The apparel company soon started working with Outlast to print the Thermocules directly onto its high-quality fabric for undergarments.

“This is something no one else in the US market is offering,” says Jockey’s Moorman. “If there’s anywhere you want to be most comfortable, we think it’s your underwear!”

By March 2011, Jockey released a full line of men’s and women’s Jockey staycool undergarments—incorporating the NASA spinoff technology—to regulate temperature and reduce sweating. “Jockey’s mantra has always been to ‘satisfy the human need for comfort,’ and with Jockey staycool, we deliver on that promise, and then some,” says Moorman.

Available in underwear tops and bottoms, including thermal underwear, Moorman says Jockey staycool is “going gangbusters.” “Jockey staycool is Jockey’s fastest-selling collection in modern history, and though the technology involved may sound a bit like science fiction, the benefits are very real.”

Although Jockey staycool is described as feeling no different to the touch than other quality cotton underwear, Moorman says the wearer should feel a difference when it comes to enhanced comfort. According to the company, the products can regulate the temperature between a wearer’s skin and clothing by as much as 3 degrees. This helps to reduce overheating and prevent chills.

Everyday consumers to pro athletes are experiencing the benefits of the staycool technology. Professional football player Tim Tebow, a Jockey spokesman, wears Jockey’s NASA spinoff products on and off the field.

Thermocules™ is a trademark of Outlast Technologies Inc.

Jockey® is a registered trademark of Jockey International, Inc

Outlast® is a registered trademark of Outlast. 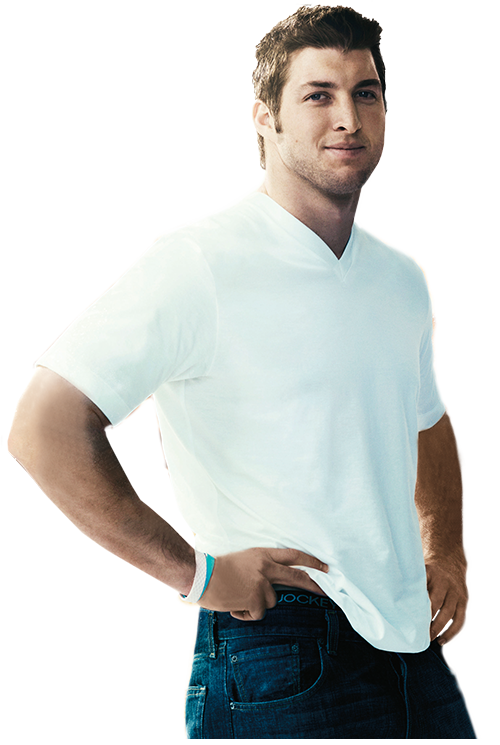 NASA astronaut Richard Arnold takes a spacewalk in 2009. Because of the extreme temperatures in space, NASA investigated phase change materials (PCMs) for spacesuit fabrics. Today, PCMs are used in a line of Jockey undergarments.