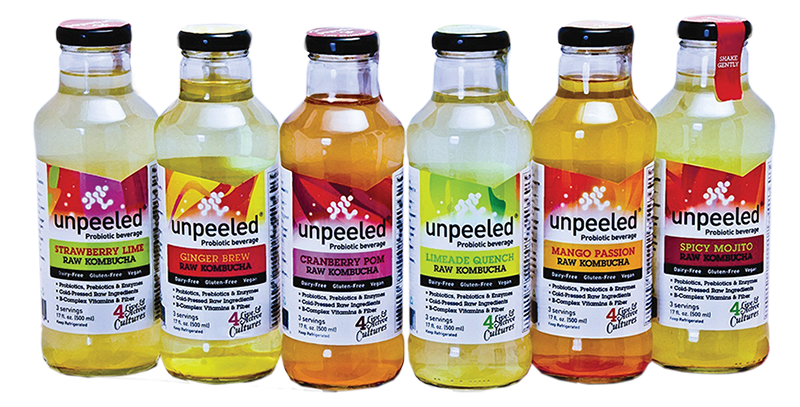 If you wandered the halls of Johnson Space Center in the mid-1990s, you might have run across Mike Johnson lugging a large container of freshly collected urine down to the lab. There, Johnson assisted the scientists who were tasked with developing technology to convert the waste into drinking water. Johnson’s role earned him a unique nickname that follows him to this day—“the Pee Man.”

Though the idea of drinking reclaimed urine is unsettling for those of us with easy access to water on Earth, the research conducted by the Advanced Water Recovery Systems Development team has proven vital to space exploration. Thanks in part to their work, astronauts in low Earth orbit make the most of their resources, and those who will take part in future missions—like a trip to an asteroid or Mars—can count on having drinkable water for the journey.

The team in Houston specialized in using microorganisms to purify water. One breakthrough in the project involved the use of a unique technology: a trickling filter bioreactor. This cylinder-shaped unit is filled with porous spheres—providing a large amount of surface area for biofilm growth—and utilizes the wastewater itself as a growth medium for the bacteria.

Whereas fixed-plate cultures grow bacteria on a two-dimensional surface, the trickling filter bioreactor’s media provides significantly more area for growth, and the reactor design reduces limitations to the movement of fluids and gases. The resulting environment proves more conducive to the growth of the organisms, which can propagate in all directions and tend to form in healthier cultures.

In fact, Johnson says, the bioreactor proved too effective: “The results were so good, and the bacteria propagated so quickly, that it clogged the unit unless we cleaned it out much more frequently than we expected.” The unanticipated growth rates meant that the scientists would have to recalibrate their system. It was at that time, however, that Johnson decided to change careers. He left NASA and attended chiropractic school, eventually opening up his own practice in Minnesota.

Though his days working in a science lab were behind him, the experience Johnson gained at NASA would soon come in handy. In addition to his work as a chiropractor, he also served as a healthcare practitioner by advising patients on nutrition. Given his background in wastewater regeneration, he was particularly sensitive to the issue of unhealthy drinks.

“I saw a lot of my clients consuming Coke, coffee, or other sugary drinks,” he says. “But when I tried suggesting alternatives, I found there weren’t many healthy beverages I could point to.”

As Johnson pondered the situation, he thought back to his days of turning undrinkable waste into something healthy. “We used bacteria to remove the bad stuff from urine; so I thought, why not use probiotics to add healthy stuff to a drink?” (A probiotic is a microbe that protects its host and prevents disease.)

The experiment started in the back of his chiropractic office, where Johnson began growing probiotics in 55-gallon oak wine barrels. He used the bacteria to brew batches of kombucha—a live, cultured tea that has been fermented by bacteria and yeast—and filled empty beer bottles with the results. Johnson gave out samples to his patients, happy that he finally had a healthy drink to endorse. He says they were hooked right away: “People kept coming back—the next week, the next day—wanting more, because it had made them feel so much better.”

In order to produce higher quality bacteria, and produce more of it, he looked to the trickling filter bioreactor from Johnson Space Center for inspiration. Johnson says he used the expertise he gained at NASA to custom build his own bioreactor, but on a larger scale. At 750 gallons, it holds nearly 40 times as much fluid as the one the team in Houston used.

Starting with a large cylinder, he connected pumps to the bottom and filled the whole chamber with his nutrient solution. With the pumps continuously circulating the fluid, Johnson’s probiotics moved freely throughout the tube. “I couldn’t have my bacteria fixed to a plate,” he says, “because it was too slow and the probiotics didn’t eat nutrients fast enough.” The result was stronger, higher quality cultures that further enhanced his drink.

One day, unbeknownst to Johnson, one of his patients decided to take her free sample back to her employer, Whole Foods Market. The local store of the grocery giant immediately showed interest. Soon after, Johnson founded Unpeeled Inc. in Minneapolis-St. Paul, Minnesota, and his NASA-enhanced drink began appearing on the shelves at Whole Foods, as well as other local specialty food stores.

Unpeeled starts with a kombucha base, to which Johnson adds his own blend of four different probiotics. The bacteria and yeast naturally form a cellulose matrix, or a balanced growth configuration, which allows the organisms to inhabit the same medium without killing each other off.

The probiotics remain live and active to the time the consumer opens a bottle. Once consumed, the drink’s bacteria propagate in the gastro-intestinal (GI) tract, aiding in digestion and reducing inflammation that causes muscle and joint pain. Unpeeled also helps balance the body’s pH levels by alkalizing them. (The human body has a tendency to become overacidic under the influence of the typical modern diet.)

Johnson stresses that it is the quality of bacteria, not the quantity, that matters. Once the GI tract is seeded with good bacteria, they multiply on their own and crowd out pathogens. Each bottle of Unpeeled thus contains three servings’ worth of probiotics, which he recommends be consumed throughout the day.

From Unpeeled’s earliest batches, customers have responded favorably to its health benefits. “This beverage is saving my life,” one customer says. “It makes swelling go down [and] promotes good digestion. I don’t know how I could do without it.” Another of Johnson’s customers—and longtime patient—has been faithfully drinking Unpeeled since before it had a name, and says the tea helps her manage her painful joints.

Unpeeled currently comes in six flavors, which begin with the same green tea kombucha and are differentiated using natural flavorings such as raw ginger, cranberry, mango, sea salt, and juices from various organic fruits. In addition to enhancing flavor, these natural ingredients impart enzymes that bolster the drink’s health benefits further. Johnson will soon release a second probiotic beverage line made from a coconut-water base, also to be available in a variety of flavors.

Business has been booming for Unpeeled. What began as a back-of-the-office beer-bottle operation now takes up a 10,000 square-foot warehouse. In it are four of Johnson’s custom built bioreactors bubbling away with the next batch. Johnson has hired 12 employees to meet production demands and plans on hiring more help soon. After selling 500,000 units in 2010 and over 1 million in 2011, he is on pace to sell more than 5 million bottles of his NASA-inspired drink in 2012.

Abstract
Mike Johnson, a former technician at Johnson Space Center, drew on his expertise as a wastewater engineer to create a line of kombucha-based probiotic drinks. Unpeeled Inc., based in Minneapolis-St. Paul, Minnesota, employs 12 people and has sold more than 6 million units of its NASA-inspired beverage. 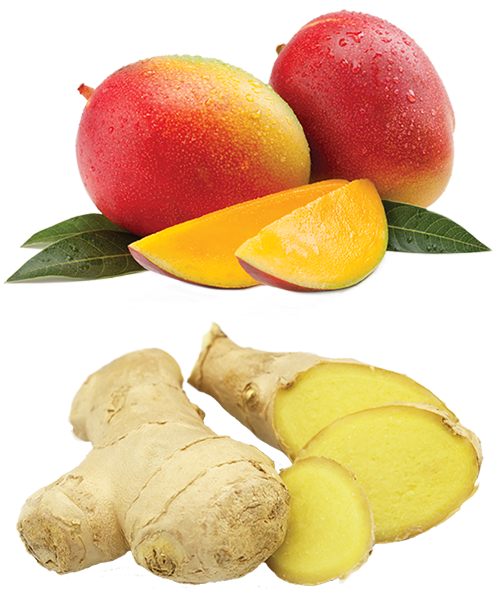 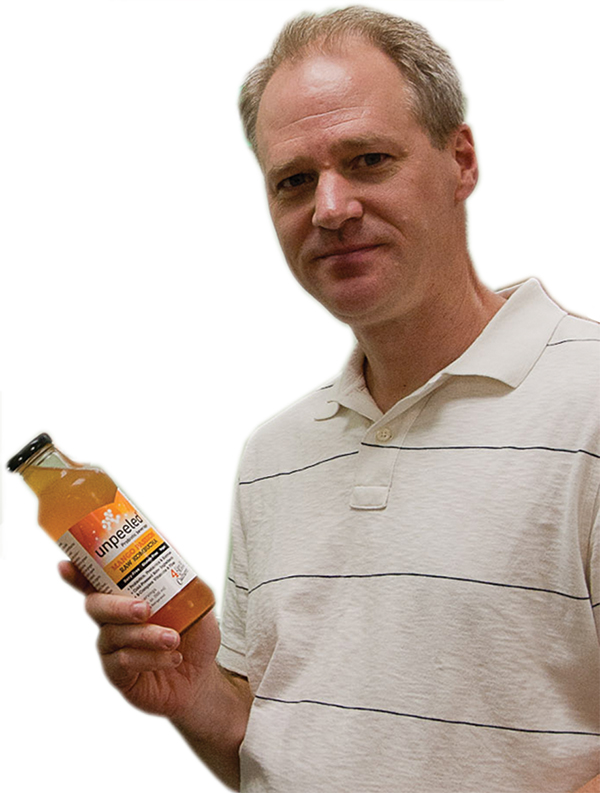 Mike Johnson (right), says he could not have created the bioreactors he uses without the knowledge he gained at NASA. “There’s no way I’d be able to do what I’m doing without that experience,” he says.

The result is his line of probiotic beverages, Unpeeled.