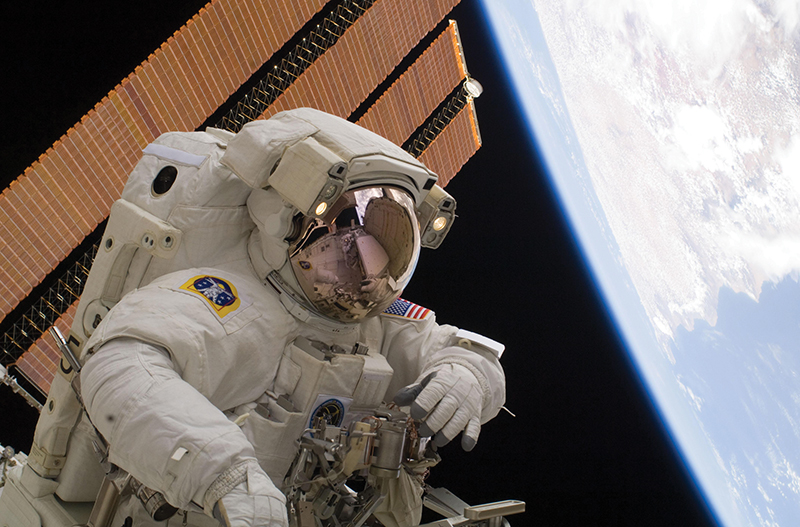 The astronaut’s life and work is so different from our own daily experiences that it’s easy to forget that astronauts are people, too. Just like everyone else, astronauts have basic nutritional needs—such as five to nine servings of fruit and vegetables per day—in order to maintain optimal health. Here on Earth, it can be a challenge to incorporate the recommended amount of fruit and veggies into our diets—despite easy access to fresh produce. In space, it becomes even more difficult, as astronauts must take everything they need with them. And in the harsh conditions of space, many miles from medical assistance, proper nutrition takes on added importance.

As NASA makes plans to send astronauts on missions that could take months and even years, the Agency explores new ways to provide astronauts with a daily dose of nutrition equivalent to that provided by fresh produce. These foods are critically important because they provide the essential vitamins, minerals, pigments, and other micronutrients (substances required in small amounts for human health) that promote everything from healthy skin to a strong heart.

When NASA started looking for a potential partner to assist with a light-weight, low-volume micronutrient solution, it identified Houston-based AmeriSciences LP, which had already developed a number of similar supplements.

In 2004, the partners started examining the specific needs of an astronaut, not only for a balanced diet, but specifically for overall health while in space. One of the concerns the team focused on was oxidative stress. Primarily caused by radiation in the space environment, oxidative stress can damage cells and increase an astronaut’s risk of cataracts, macular degeneration, skin cancer, and other diseases. Oxidative stress can be compounded in space by breathing high concentrations of oxygen before spacewalks and by exposure to various spacecraft atmospheric contaminants, especially certain fuels.

“We started to look at how to overcome all of these challenges with a supplement,” says Carlos Montesinos, director of research and development and quality assurance at AmeriSciences.

In 2005, NASA’s Johnson Space Center entered into a formal Space Act Agreement with AmeriSciences to develop a complete multivitamin regimen for general astronaut health, as well as other more specialized dietary supplements, such as omega-3 fatty acids and plant-derived antioxidant formulas to fight against oxidative stress. Once the team tailored the formulations for astronauts, NASA contacted the University of Pittsburgh’s Department of Radiation Oncology, led by researcher Joel Greenberger, to test its ability to protect against radiation.

The university conducted an experiment that involved exposing four groups of mice to doses of radiation. Two groups were placed on a diet that included the AmeriSciences/NASA formulas. The other two groups were placed on a regular diet. After many months, results showed that the mice on the AmeriSciences/NASA formulas experienced longer life spans and fewer health problems than those on a regular diet.

At that point, Montesinos says, “Supplementation went from a dietary convenience to something that has a purpose.” The results of the study were published in the June 2011 issue of Radiation Research journal. Jeffrey Jones, a flight surgeon at NASA at the time and current professor at Baylor College of Medicine, describes the study as “groundbreaking.”

“There’s no existing combination countermeasure like it,” he says.

In 2009, the AmeriSciences/NASA formulas were tested by astronauts aboard the space shuttle and International Space Station, and Montesinos and Jones are continuing to pursue opportunities for long-term testing in space while collaborating with other organizations to conduct human studies.

In 2011, AmeriSciences started offering the benefits of its NASA partnership to consumers through a number of products. The products include multivitamins such as AS10 Life and MM6; fruit and vegetable-derived antioxidants such as AS10; and omega-3 fatty acids such as AmeriSciences Omega Max and EZ Omega+D. Many of the featured ingredients in each of the products are included as a direct result of AmeriSciences’ research with NASA. Hundreds of thousands of products have sold thanks to this joint initiative.

“In broad terms, AS10 Life is a comprehensive multivitamin that acts as an insurance policy against nutrient deficiency,” says Montesinos.

According to the manufacturer, the nutrient cocktails in these products provide vitamins, phytonutrients (chemical compounds that occur in plants), and an array of micronutrients for a comprehensive approach to nutrition, plus a blend of antioxidants for protection against environmental stressors like radiation.

Montesinos says certain populations are more likely to benefit from these products, but everybody could derive some benefit. “Undoubtedly, whole foods and a balanced diet are the optimal way to obtain nutrients. But given the complexities of modern society’s approach to food, most of us could benefit from having an extra dose of the compounds you would normally ingest if you ate spinach, broccoli, and strawberries. Aside from that, individuals who are at a higher risk for exposure to oxidative stressors could benefit as well.”

Already, Montesinos finds the supplements have improved—and potentially extended—the lives of thousands of consumers. As a result, these consumers have also reported a reduction in their other health maintenance costs.

Kimberly Samuels of Mission Viejo, California, appreciates the benefits of the products. “Since I have been using them, I have stopped using all my allergy and asthma medications that I have been on since I was 6 years old. I no longer have a need for prescriptions for me to be able to breathe and deal with the seasons and animals.”

The product line is available from small retailers and physician’s offices across the country, as well as in the United Kingdom, China, Japan, Brazil, Mexico, Canada, and Colombia.

According to Montesinos, a group of doctors recently performed an independent study on the effects of many of these products on skin. The subjects saw a reduction of UV damage as well as a reduction in wrinkles. “We are now hoping for a larger skin care study to see what potential benefit our products might have,” he says. “I am also interested in what kind of impact AS10 can have on the side effects of radiation therapy or chemotherapy.”

As studies and tests continue, Jones finds, “This is another instance where NASA-led research holds great promise for potential applications outside of space flight.”

Abstract
As NASA plans for long missions, it explores ways to provide astronauts with nutrition equivalent to fresh produce. Johnson Space Center entered into a Space Act Agreement with Houston-based AmeriSciences LP to develop a multivitamin and other supplements for astronaut health. By 2011, the company commercialized its NASA-derived products in multivitamins, antioxidants, and omega-3 fatty acids. 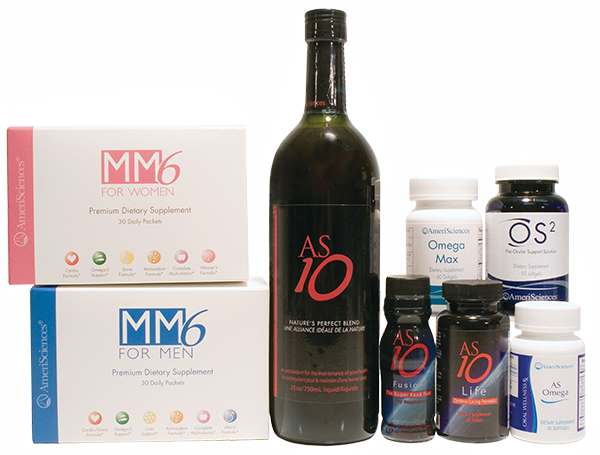 According to the manufacturer, these formulas provide a comprehensive approach to nutrition, plus a blend of antioxidants.

NASA worked with AmeriSciences LP to develop a multivitamin that could help astronauts fight stress caused by radiation in space. Here, NASA astronaut Clayton Anderson takes a spacewalk in 2010.