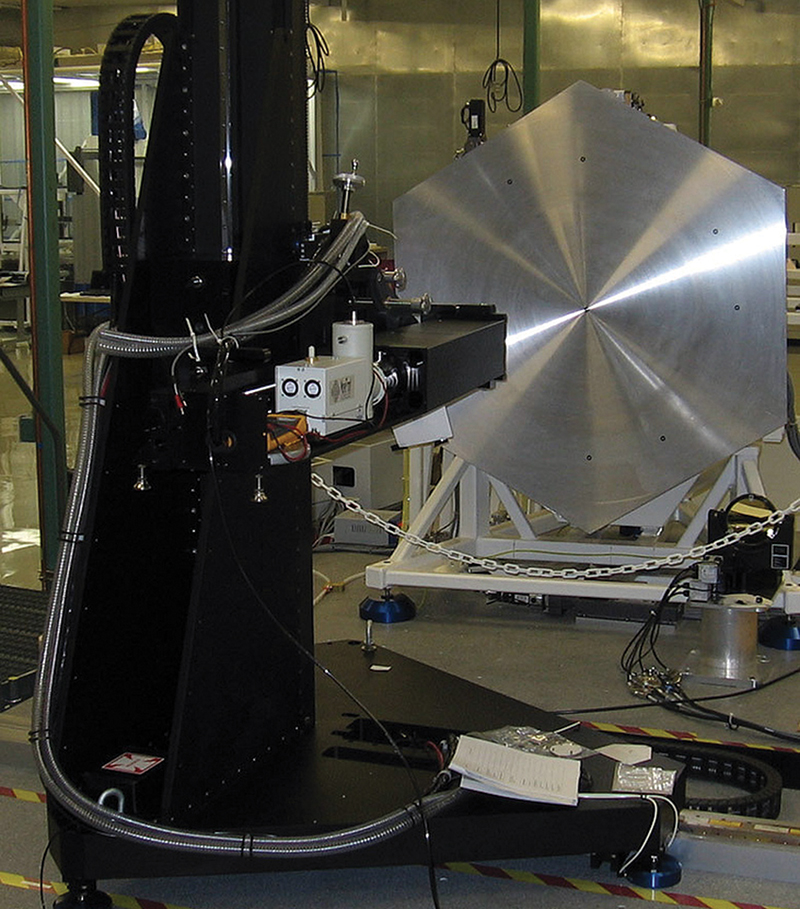 One of the main components of NASA’s vision for the future of space exploration will actually have a keen eye for the past. The James Webb Space Telescope (JWST), scheduled to launch in 2018, will have spectacular sight—after it reaches orbit, one of its main goals is to observe the first galaxies that formed in the early universe.

“JWST offers new capabilities in the infrared well beyond what we can see from current telescopes, either on the ground or in space. It will let us explore the early universe, extrasolar planets, and really, all branches of astrophysics,” says Lee Feinberg, optical telescope element manager for the JWST at Goddard Space Flight Center.

Building such a keen space telescope is an astronomic task. Because JWST will gaze over such incredible distances, it requires very large mirrors. In fact, the primary mirror will be more than two stories in diameter and consists of 18 separate segments. Each segment must be perfectly smooth, flat, and scratch-free in order to deliver a view 13 billion light years away.

To polish the JWST’s mirror segments, NASA’s Goddard Space Flight Center contracted with Northrop Grumman Aerospace Systems and Ball Aerospace, which contracted with L3 Communications’ Tinsley Facility in Richmond, California. A subcontractor to L3 at the time, WaveFront Sciences of Albuquerque, New Mexico, worked at the facility to assist with polishing by developing a system for metrology (measurement) testing of the large JWST mirrors after grinding. Called the infrared Scanning Shack Hartmann System, the technology enabled testing of the mirror’s surface immediately after grinding and completely eliminated one of the polishing steps in the process.

“It was a key advantage,” says Dan Neal, cofounder of WaveFront Sciences. “They could take the mirror off grinding and in one day, get a test back with a detailed map on how to do the next step of the grinding.”

Neal explains how the new metrology testing stations measured just a small part of the mirror to create an image of the entire surface. “We didn’t have to build giant reference mirrors. Traditionally, the reference mirror has to be as big as the mirror you are going to test. It was very innovative,” he says.

For NASA, the system reduced the time it took to construct the high-quality primary mirror segments and also reduced the cost. “By measuring earlier, in the grinding phase, it allowed us to speed up the process and ensure the performance was what we wanted when we got to the final stages,” Feinberg says.

Now the innovation is enabling faster, more precise measurements of complex surfaces for researchers and doctors who measure a different kind of lens—the human eye.

“The testing systems developed for the JWST mirrors have allowed improvements in the machines for testing human eyes for Lasik surgery,” says Neal. “We were trying to solve one problem for JWST, and the tool we developed turned out to have many applications.”

The work performed on the JWST spun off into one of WaveFront Science’s products called the Complete Ophthalmic Analysis System, or COAS. By incorporating the algorithms developed for JWST, COAS performed 21 times faster.

Designed for diagnosing eye conditions and providing a detailed map of the eye, COAS supports research in cataracts, keratoconus (an eye condition that causes reduced vision), and eye movement. “There are a number of researchers around the United States and the world using the product for vision research,” says Neal.

A doctor uses the iDesign Advanced WaveScan Studio to measure a patient’s eye and then create a map of the Lasik treatment that is needed for correction. The map is transferred to a laser, which performs the custom treatment. “It’s a stand-alone piece of equipment, but works in conjunction with a laser. The software transfers directly to the laser,” says Neal, who is now a research fellow at Abbott Medical Optics.

According to the company, the technology is quick and accurate. It works within 3 seconds to obtain four different measurements, and provides accuracy in measuring distorted surfaces—for conditions like nearsightedness, farsightedness, astigmatism, and others. “The techniques for JWST needed to be able to measure a wide variation of shapes, and those are the same techniques we’ve used in designing instruments to measure the eye,” says Neal.

JWST also prepared Abbott Medical Optics for the large-format cameras that are now available in the industry, says Neal. “We are using them in our new products. When an eye doctor makes a measurement on his machine, he doesn’t want to wait 2 minutes for it to be complete. He wants to see it instantly. That’s taking advantage of those faster and better algorithms,” he says.

“Often, the government has the ability to fund big vision things and along the way, some of the technology pieces turn out to be important across the board in many different ways.”

COAS™ is a trademark of WaveFront Sciences. 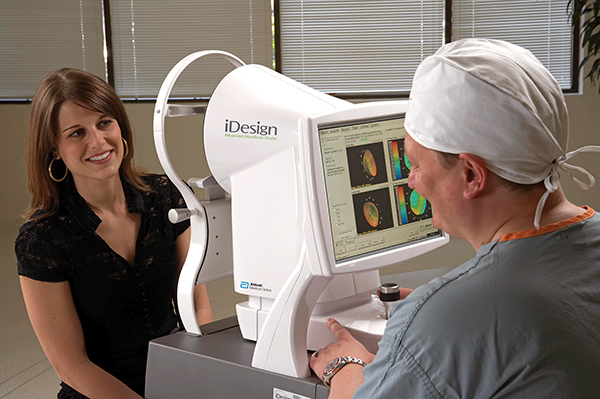 A new laser vision product released in Europe can map the human eye more quickly and accurately for Lasik vision correction, thanks to the innovations made while constructing the JWST mirrors. Image courtesy of Abbott Medical Optics Inc.

An advanced Scanning Shack Hartmann System measures the mirror segments of the James Webb Space Telescope (JWST) to create a detailed map for the next step in making the mirrors. Image courtesy of Abbott Medical Optics Inc.