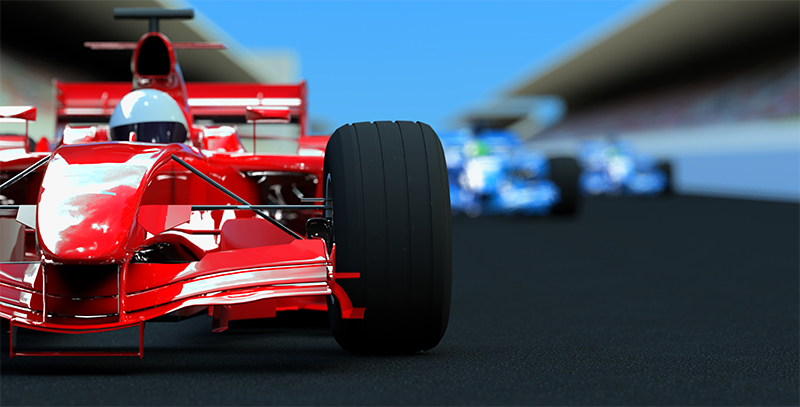 For 6 years prior to the retirement of the Space Shuttle Program, the shuttles carried an onboard repair kit with a tool for emergency use: two tubes of NOAX, or “good goo,” as some people called it. NOAX flew on all 22 flights following the Columbia accident, and was designed to repair damage that occurred on the exterior of the shuttle.

Bill McMahon, a structural materials engineer at Marshall Space Flight Center says NASA needed a solution for the widest range of possible damage to the shuttle’s exterior thermal protection system. “NASA looked at several options in early 2004 and decided on a sealant. Ultimately, NOAX performed the best and was selected,” he says.

Although the sealant never had to be used in an emergency situation, it was tested by astronauts on samples of reinforced carbon-carbon (RCC) during two shuttle missions. (RCC is the thermal material on areas of the shuttle that experience the most heat, such as the nose cone and wing leading edges.) The material handled well on orbit, and tests showed the NOAX patch held up well on RCC.

While NASA funded the full-scale development of NOAX, the sealant was actually invented by Alliant Techsystems Inc. (ATK). Under NASA funding, ATK contracted with Starfire Systems Inc., a manufacturer of polymer-to-ceramic technology based in Schenectady, New York, to supply the unique polymer material that was incorporated into NOAX.

Called SMP-10, Starfire’s polymer was designed to convert into a ceramic at high temperatures. McMahon describes, “As it heated above 1,500 °F it would start to convert over to ceramic. As a ceramic, NOAX could take much higher temperatures, allowing it to seal during the shuttle’s re-entry.”

According to Darren Welson, director of technology at Starfire, SMP-10 was formulated and processed for incorporation into NOAX, which laid the groundwork for Starfire to achieve a repeatable process for a reliable product. “Thanks to our experience working with ATK and NASA, we were able to demonstrate and test SMP-10 for aerospace, military, and commercial applications. The applications have grown and matured as a result of the ATK and NASA work,” he says.

In looking for ways to make SMP-10 less expensive for commercial use, Starfire developed StarPCS for high temperature applications on Earth. Today, the company manufactures a family of StarPCS products for lightweight components that need to withstand extreme temperatures. “They share a common chemistry but are different based on the application,” says Welson.

The StarPCS family of products provides benefits for heat management in the military, aerospace, aviation, and automotive markets. According to the company, customers in general aviation are experimenting with StarPCS for various aircraft components.

Al Cornell, director of sales and business development at Starfire, says domestic and foreign auto manufacturers are testing StarPCS for passenger vehicles. “It can be run hotter and require less cooling than metallic counterparts. It also offers weight-saving and performance handling benefits,” he says.

StarPCS formulas are also being tested for heat shields in vehicles with extremely hot engines. According to the company, the material has already been qualified and is going forward for implementation for this application. “The thermal properties allow the material to be a very good insulator in race cars,” finds Cornell. “In this particular case, the composite can protect the passenger from the hot engine components.”

Specifically, Cornell says StarPCS is being used in the test platforms for Formula 1 race cars. The teams are currently looking for a new exhaust management design to divert exhaust by routing it through body panels. It would use the aerodynamic suction to pull the gases out of the engine faster and allow a 1–3 percent increase in horsepower. The problem, says Cornell, is that manufacturers have not found a way to do it without burning the carbon fiber body of the vehicle. “It’s a technology race for all the teams to get the same technology in their cars to have the same performance,” he says. “StarPCS could potentially be used for such an application.”

Auto manufacturers outside of racing are also looking for alternative materials for heat management in turbo chargers. Cornell says manufacturers want to make exhaust pipes out of something other than metal so the pipe can withstand higher temperatures. “The higher the temperature bleed, the more efficient the turbo charger,” he says. “This is the same idea as the Formula 1 application to manage an incredible amount of heat.”

Even though NASA no longer uses the innovative solution for space shuttle repairs, the Agency is incorporating SMP-10 into some of the safety components for Orion, NASA’s next multi-purpose crew vehicle.

StarPCS™ is a trademark of Starfire Systems Inc.

Formula 1™ is a trademark of Formula One World Championship Ltd.

Abstract
Under NASA funding, Alliant Techsystems Inc. contracted with Starfire Systems Inc. in Schenectady, New York, to supply a polymer material to incorporate into a formula to repair damage on the exterior of the space shuttle. Called SMP-10, the polymer converts into a ceramic at high temperatures. Starfire now manufactures NASA-derived heat management products for military, aerospace, aviation, and automotive markets. 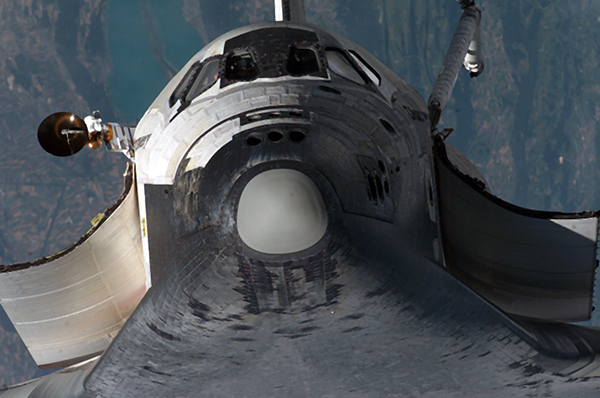 The nose cone of the Space Shuttle experienced extreme heat during flight. NASA worked with industry to create a sealant to repair damage to such areas while in space.

Starfire Systems Inc. manufactured a unique polymer for the sealant for the Space Shuttle. A formula incorporating the polymer is now being used in test platforms for a new exhaust management design for Formula 1 race cars.