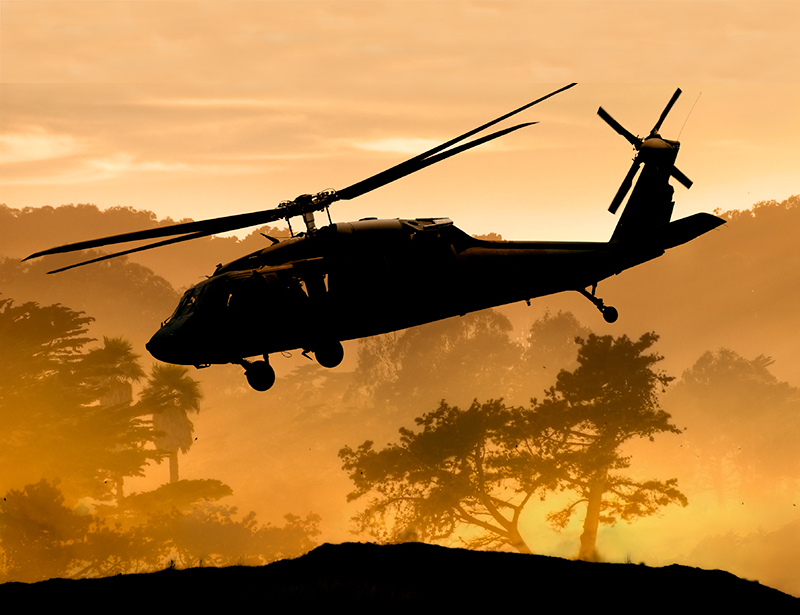 Helicopters present many advantages over fixed-wing aircraft: they can take off from and land in tight spots, they can move in any direction with relative ease, and they can hover in one area for extended periods of time. But that maneuverability comes with costs.

For example, one persistent issue in helicopter maintenance and operation is that their components are subject to high amounts of wear compared to fixed-wing aircraft. In particular, the rotor drive system that makes flight possible undergoes heavy vibration during routine performance, slowly degrading components in a way that can cause failures if left unmonitored. The level of attention required to ensure flight safety makes helicopters very expensive to maintain.

As a part of NASA’s Fundamental Aeronautics Program, the Subsonic Rotary Wing Project seeks to advance knowledge about and improve prediction capabilities for rotorcraft, with the aim of developing technology that will meet future civilian requirements like higher efficiency and lower noise flights. One of the program’s goals is to improve technology to detect and assess the health of critical components in rotorcraft drive systems.

To improve its diagnostic technology, Glenn Research Center awarded multiple Small Business Innovation Research (SBIR) contracts to Tucson, Arizona-based Ridgetop Group Inc. Ridgetop has been providing technology and services in the predictive diagnostics field for many years, says Doug Goodman, CEO of the company. “What we’ve found over time is that there are often precursor signatures of failure that can be extracted from the system being observed. These signatures, when processed by algorithms, allow for an accurate prediction of how much useful life is remaining.”

Having signatures derived from the performance of equipment not only improves diagnostic capabilities but can change the way rotorcraft are maintained. Goodman says such data supports “condition-based maintenance” strategies that focus maintenance on demonstrated need, not on an arbitrary number of scheduled flight hours between service intervals.

In the case of rotorcraft transmissions, what has traditionally caused problems in finding such precursor signals is the difficulty in getting high-resolution data from certain components in the transmission as it runs. Conventional sensors are placed on the transmission’s external housing, where general mechanical noise interferes with data collection and keeps the sensor from acquiring a detailed look at components such as gear teeth buried deep in the gearbox.

Ridgetop proposed the use of wireless microelectromechanical systems (MEMS) sensors—that is, microelectronics—which can be deployed in rotorcraft transmissions themselves. “It is believed that fault detection capabilities will increase if sensors are mounted directly on the components of interest,” says David Lewicki, who works in the Tribology and Mechanical Components Branch at Glenn and is collaborating with Ridgetop on its SBIR project. “Current rotorcraft transmission sensors have limited fault detection capabilities because of their location.”

Through the SBIR program, Ridgetop demonstrated the feasibility of the concept, built the sensor itself, known as the MEMS accelerometer, and tested it on rotorcraft transmission test stands both in-house and at Glenn. Goodman says the NASA work enabled the company to get an unprecedented look at how those internal components wear. “Our sensors get right up close and personal with those gear teeth. The measurement is taken right where the action is, giving us the resolution that we need to detect faults.”

Goodman says that the combination of the MEMS accelerometer’s small footprint and its sensitivity is what enables Ridgetop to acquire such high resolution data. Because the sensor is wireless, less weight and no additional space are needed to transfer and process the data being collected. “You always want solutions that add as little weight as possible for the functionality that is being added,” says Goodman.

Signature-related data collected by the sensors are sent wirelessly to a hub, where they are processed using an algorithm to create noise signatures, which can then be compared to a fault dictionary—or a resource of known problems and the vibrations associated with them—in order to diagnose any flaws in the transmission. “It allows a much improved ability to detect not only the precise cause of the degradation but where that degradation is occurring,” says Goodman.

Anomalous behavior of a rotorcraft’s gear train can thus be detected and interpreted very quickly. Goodman points out that in the field, this could allow the pilot to get the helicopter in for service as soon as possible, land the vehicle if a critical situation develops, or even take mitigating action against what’s been detected.

Having data on the precise area of concern also obviates much of the diagnostic work traditionally undertaken by mechanics. Currently, when a helicopter is brought in for service, repair crews can encounter trouble trying to reproduce a fault, or they might have only a general idea of where the issue is occurring. Goodman points out that with Ridgetop’s sensor data, helicopter maintenance crews will not need to rely so heavily on the service life estimates for components or spend as much time guessing which parts require attention. “When you land the vehicle and bring in a technician to repair it, you can pinpoint the damage, and you know exactly what needs to be replaced to get it back into the air again,” he says.

Ridgetop’s sensors are highly versatile and can be deployed in a wide variety of settings apart from rotorcraft. Some immediate applications the company hopes to take advantage of include drilling applications in the oil industry, automotive transmissions, and a wide variety of industrial equipment. Goodman envisions “a mesh network” of sensors monitoring all sorts of machines at large complexes. “There are a lot of opportunities to take advantage of this technology in many settings. We’re very excited about it.”

The company cites its work with NASA as a critical part of the MEMS accelerometer’s development. “The missing link, the piece that our NASA collaboration gave us,” says Goodman, “was getting improved, high fidelity signals that could be processed and translated into service actions for maintenance personnel. It’s all about being able to observe the low level signatures, and that’s what NASA’s design does.”

The sensors are now undergoing their final stages of validation testing at Glenn. Following that testing, Ridgetop plans on offering the product commercially in 2012. “In the discussions we’ve had with the platform makers—rotorcraft, oil and gas, and other industry engineers and experts—they estimate big savings,” says Goodman. “Published studies have shown the potential for up to 50 percent reductions in mean time to repair. There is a very strong return on investment with numbers like those.”

Abstract
With the help of SBIR contracts from Glenn Research Center, Tucson, Arizona-based Ridgetop Group Inc. has pioneered wireless sensors that can function inside of rotorcraft transmissions. The sensors have a large number of applications, and the data they provide can improve mean time to repair by as much as 50 percent. 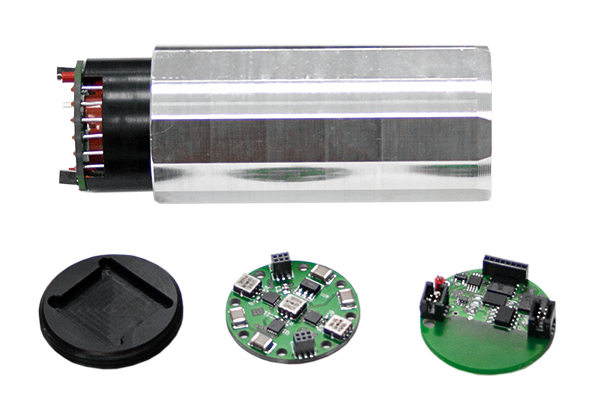 Helicopter hovers over a forest