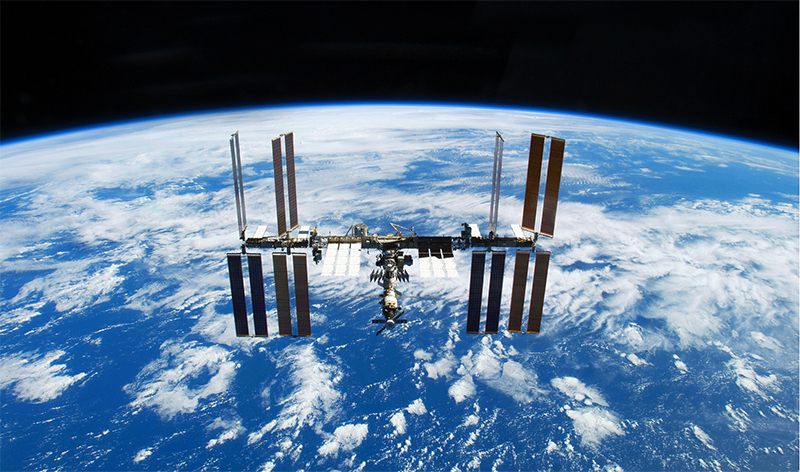 Thanks to NASA bscience missions, researchers are finding that water may be more plentiful in space than we previously believed. The Lunar Crater Observation and Sensing Satellite mission confirmed the presence of water on the Moon, and the Mars Reconnaissance Orbiter has returned images suggesting the flow of briny water in parts of the Martian landscape. Now that the Curiosity rover has landed on the Red Planet, it will search for the presence of water beneath the rust-colored soil.

Even so, space is practically a desert, where every drop of water is precious for the human explorers who brave that harsh environment. Complex systems onboard the International Space Station (ISS) collect and recycle moisture using powerful filtration technology developed by NASA and its partners—technology that transforms even urine and sweat into potable water for the ISS crewmembers. These systems are a model for those needed to make trips to distant destinations like Mars.

Even travelers here on Earth are benefiting from one such NASA-derived filtration innovation—part of a product that conveniently provides pure water for everyone from the international adventurer to the weekend warrior.

Mohssen Ghiassi, an entrepreneur with more than 30 years of experience developing products for the travel industry, was seeking technology that would enable his latest idea: a water bottle that would utilize an advanced filtration system, one that could be taken around the world, designed specifically for travelers. In selecting an effective filtration media, Ghiassi ran up against the problem of flow rate; water passed through the filter too slowly to provide convenient purification for consumers on the go. Soon, however, Ghiassi’s research led him to a NASA-derived solution—NanoCeram.

NanoCeram originated at Sanford, Florida-based Argonide Corporation. In 2000, the company partnered with Johnson Space Center through the Small Business Innovation Research (SBIR) program, with the goal of advancing the company’s unique filtration media for use in recycling water in space. With NASA support, Argonide developed the NanoCeram water purification technology, an innovation that won an R&D 100 Award and a place in the Space Foundation’s Space Technology Hall of Fame.

In 2006, Argonide exclusively licensed the filtration media to Ahlstrom Corporation, an international manufacturer that began mass producing the media for applications in countries around the world. Through Ahlstrom, Ghiassi found the key to his new product.

“We started purchasing from Ahlstrom and developing our product around this particular material because it really is the heart of the product,” says Ghiassi. He founded ÖKO, headquartered in Greenbrae, California, to market his spinoff technology.

The ÖKO water bottle employs two filters: a carbon filter and the NASA-derived media. The bottle itself is made of a thin-walled version of a material similar to that used in most food containers. By simply squeezing the bottle, the consumer forces water through the two-level filter system, resulting in instant purified water.

The Ahlstrom material, he says, activates when in contact with water, creating an electro-adsorptive charge field that, in addition to the media’s two-micron-wide pores, traps particles as the water is forced through. In a layer less than a millimeter thick, a bacterium would have to navigate through about 400 pores—called the “tortuous path”— while eluding silver ions in the media that kill microbes.

Ghiassi makes it clear that, while the ÖKO bottle is broadly effective, it is not universally so—environmental conditions play a major role. “You can say a product is going to remove 99.99 percent of this or that, but what is the saturation of that contaminate in the water? What is the ambient temperature? What is the pressure you are applying to the bottle? All of those factors are unknowns,” Ghiassi explains.

Drawing on sources such as the United Nations and the UNICEF World Health Program Organization, ÖKO provides its customers with information on the effectiveness of its water bottle in various areas of the globe. This information allows travelers to assess when their ÖKO bottles provide sufficient purification and when additional measures may be needed. The bottle is currently rated effective in more than 120 countries.

Ghiassi says that the ÖKO water bottle is experiencing demand outside of the travel industry. Consumers are buying the product for camping, sports, biking, and for children to use at school. ÖKO has other innovations in the pipeline, including a campground unit that can also be filled from a lake or stream, and a flashlight attachment that converts the water bottle into a nightlight. The filtration material developed through the NASA partnership is the core enabler of all of these products.

“The materials that have been created for specific use by NASA are state of the art because of the extreme conditions they are subjected to when they come into use by NASA,” says Ghiassi. “They are superior to anything else out there.” 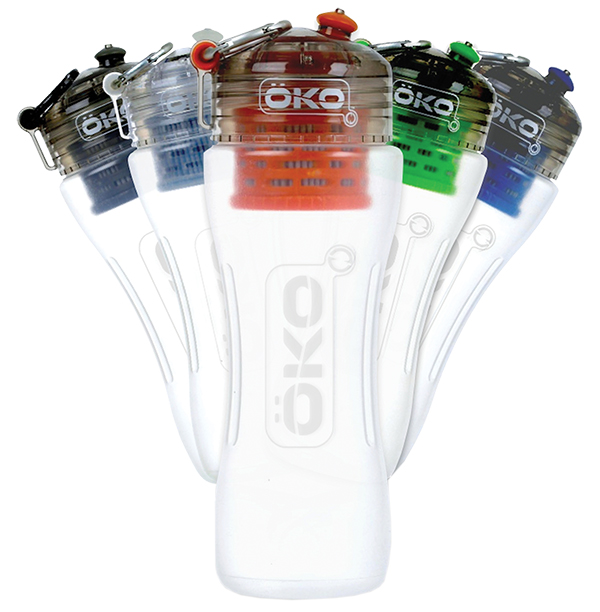 Water filtration technology designed for use in space is now in the hands of athletes and travelers on Earth.