In the beginning, safety trumped comfort in spacecraft designs for human space travel. Mihriban Whitmore, a manager in the Human Research Program at NASA’s Johnson Space Center, describes, “Early space capsules like Gemini and Apollo were small in size and had a seat-driven design where most of the flight activities were performed while the crew were strapped to their seats.”

The emphasis was on function, not form. In due time, however, the Agency devoted more attention and resources to understanding how a spacecraft could provide comfort as well as safety and function to astronauts. One of the first things NASA examined was the neutral body posture (NBP), or the posture the human body naturally assumes in microgravity.

Whitmore says NBP is important to consider when designing safe, comfortable, and efficient systems and hardware for space. “There was a need for measurable, easily interpretable standards and guidance to help design and develop next-generation human-rated spacecraft,” she says.

NASA’s first view of NBP came from Skylab, NASA’s first space station, where photos of crew members were taken while they physically relaxed in the microgravity conditions of space. These photos demonstrated that the body automatically entered into a particular posture with certain angles made by the joints and certain positions assumed by the limbs.

By the 1980s, NASA had identified and documented the characteristics of NBP in the Man-Systems Integration Standards (MSIS) NASA-STD-3000. The MSIS specified ways to design space flight systems that support human health, safety, and productivity, and it was intended to inform the design of all NASA vehicles and systems with a human crew. Specifically, the Agency used the NBP standard for the design of space workstations and tools.

Since Skylab, NASA has significantly built on its human posture research. For one, a Space Shuttle study demonstrated that there is a range of NBPs for individuals. In another posture study, researchers found the spines of astronauts lengthened in zero gravity on the International Space Station (ISS)—information that has since influenced the size and design of the recently-developed Orion Multi Purpose Crew Vehicle. Lastly, NASA has future plans to perform a new study on the changes that occur to body shape, size, and NBP onboard the ISS.

Even though the original MSIS NASA-STD-3000 has been replaced by the NASA Space Flight Human Systems Standard NASA-STD-3001, all of NASA’s work on NBP has governed the development of everything from work areas in the ISS—such as the Cupola—to comfortable new car seats in vehicles here on Earth.

In 2005, scientists and engineers at Nissan Motor Company, which has US offices in Franklin, Tennessee, turned to NASA’s NBP research as a starting point for the development of a new driver’s seat for Nissan vehicles.

Like an astronaut, the driver of a car needs to be safe and comfortable to operate the vehicle efficiently for extended periods of time. Because Nissan had observed that a person’s posture appeared to play a direct role in how physically tired he or she became while driving, the company decided to use NASA’s NBP as a benchmark for a comfortable, balanced posture, with the intention of lessening fatigue on a person’s body.

Akinari Hirao, the manager of the vehicle component engineering development division at Nissan, explains, “Typical customer demand for seats is comfort, especially fatigue-free. This was the motivation for the development.”

To decrease driver exhaustion, Nissan aimed to ensure the driver’s spine was supported to relax in its natural position, as outlined in NASA’s NBP studies. The company thought such a design would successfully minimize the muscular loading on a driver’s back, pelvis, and torso. “We hypothesized that a neutral body posture, as measured by NASA in microgravity, seems to be a comfortable posture and we validated it by our experiments,” says Hirao.

In 2006, Nissan published the results of its first study on its new experimental seat with a two-piece backrest to maintain NBP. The results confirmed that the seat supported the spine and areas from the pelvis to the chest and improved blood flow. The driver’s posture remained near NBP while seated in the experimental seat, and fatigue was substantially reduced during long-term sitting.

The second phase of the company’s research, published in 2007, evaluated the prototype seat in dynamic long-term driving conditions on a freeway. The results showed a 50 percent reduction in physical exhaustion during driving, thanks to the new posture, compared to the amount of fatigue experienced in conventional car seats. The authors maintained that the new driving posture supported by the seat was close to the NBP documented by NASA in microgravity conditions.

The new seat design is articulated, which means that it has two sections connected by a flexible joint. “Our seat has no additional mechanical structures compared with a conventional seat. We made it through optimizations of the seat surface shape and deformation properties of the backrest,” explains Hirao. “It provides proper continuous supports from the pelvis to the thorax. And, it keeps the spine shape naturally in the sitting posture.”

Having had such positive results, the car manufacturer debuted the seat derived from NASA research in the 2013 Altima, and the company now has plans to include it in many upcoming Nissan and Infiniti vehicles. In addition, the technology will be applied not only to the driver’s and front passenger’s seats but in the rear seats of the vehicles as well.

Nissan believes the seats will make long car rides more pleasant for both drivers and passengers because a person’s muscles will work less when sitting in either the six-way adjustable driver seat, the four-way adjustable front passenger seat, or the rear seats.

Hirao says he is thankful for all of NASA’s work on NBP. “In my personal opinion, it is very important that the valuable research results from government projects are open to the public. The new seat brings comfort and less fatigue to the occupants in vehicles.”

Abstract
NASA developed standards, which included the neutral body posture (NBP), to specify ways to design flight systems that support human health and safety. Nissan Motor Company, with US offices in Franklin, Tennessee, turned to NASAճ NBP research for the development of a new driverճ seat. The 2013 Altima now features the new seat, and the company plans to incorporate the seats in upcoming vehicles. 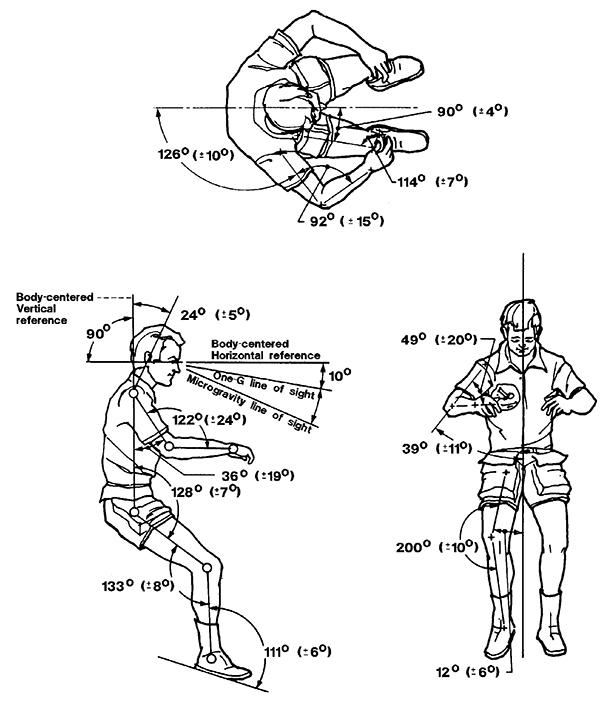 The neutral body posture (NBP) shown here was created from measurements of 12 people in the microgravity environment onboard Skylab. In the 1980s, NASA developed special standards, which included NBP, to specify ways to design flight systems that support human health and safety. 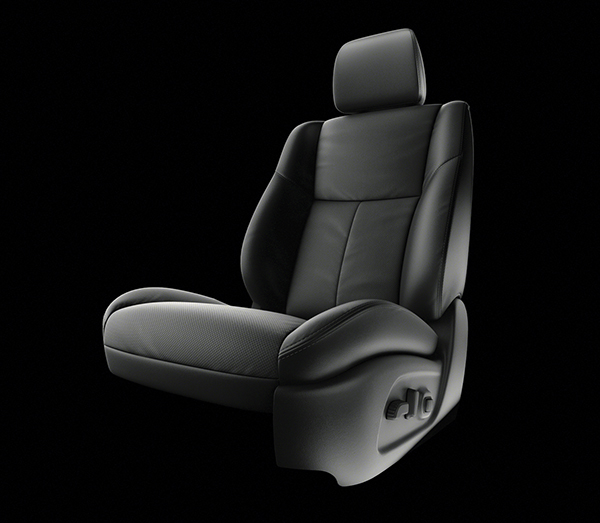 Nissan Motor Company built on NASA's research to design a new driver seat that supports a posture near NBP, which results in improved blood flow and reduced fatigue for the driver. 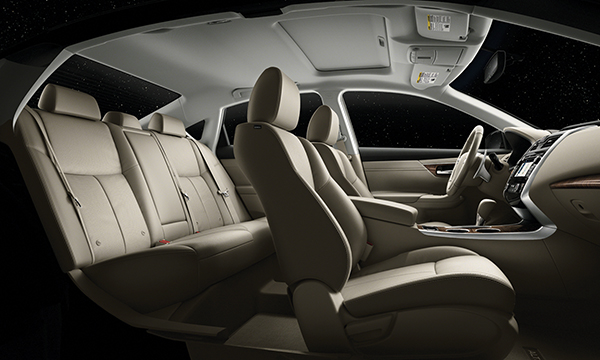 The company first used the NASA-influenced design in the driver's seat of the 2013 Altima.

The company planned to incorporate the seats in many upcoming Nissan and Infiniti vehicles.