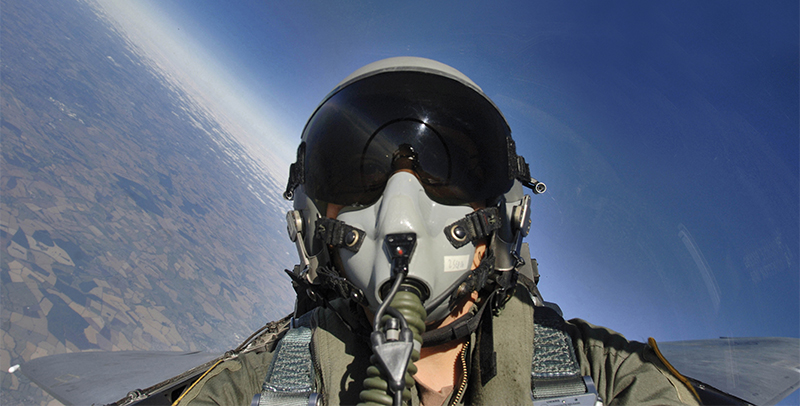 Inventions often find unintended uses. The first mechanical clocks in Europe were intended to track the motions of celestial bodies and found their original market among monks who kept a strict prayer schedule. A mixture invented by ancient Chinese alchemists was used to fumigate insects and treat skin diseases before it became gunpowder.

When NASA’s Ames Research Center contracted Stanford Research Institute in the 1960s to develop a means of objectively measuring pilots’ ability to adapt their vision to different distances, known as visual accommodation, the agency was not considering a biofeedback device that could teach users to control their eye focus—much less a system that could improve sensory and motor processes, as well as attention, creativity, and learning, by inducing an “alpha brain-wave state.”

Crane and Thomas Cornsweet built in 1968—the world’s first automatic, objective optometer—was inarguably valuable in its intended capacity. An objective optometer, more commonly called an autorefractor, determines the power and range of your vision every time you watch the little barn at the end of the road go in and out of focus in the machine at the optometrist’s office.

However, as Robert Randle, human factors engineer and NASA’s technical monitor of the Stanford Research Institute contract, ran experiments on pilots using the optometer, he discovered that his subjects were often able to control their normally involuntary eye focus. To help them gain focal control, he incorporated auditory biofeedback, whereby the machine produced different tones depending on the contraction or relaxation of the ciliary muscle, the eye’s focusing mechanism, and carried out experiments in which many subjects succeeded in gaining control of the muscle. He considered the device a potential means to overcome “empty-field myopia,” the tendency for a pilot’s focus, in empty skies, to rest at a distance of half a meter to a meter away, rather than scanning the sky ahead.

Randle presented his first papers on the subject in 1970, and Crane and Cornsweet soon published a study confirming NASA’s results, using a different type of biofeedback.

Although NASA didn’t develop the device any further as a treatment for empty-field myopia and has done little research on the subject since the 1980s, the Ames project inspired a recent invention that brings a modern biofeedback device into the homes of individual consumers.

Having earned multiple optometry and vision degrees, Joseph Trachtman was doing doctoral studies in experimental psychology when he heard of the NASA and Stanford research. After studying Randle’s papers and the reports by Crane and Cornsweet, he decided that the same biofeedback technique might be used as a way to treat nearsightedness without resorting to corrective lenses.

Following his doctoral dissertation on the subject, Trachtman built an optometer that included an audio biofeedback function, based on the Stanford scientists’ invention and the studies conducted at Ames. After seven more years of research and development to refine the device, Trachtman released the NASA-inspired Accommotrac Vision Trainer in 1984 (Spinoff 1990).

The device has not been shown to correct nearsightedness, but it has won acclaim as a way to gain control over visual focus, with many users also reporting some unexpected additional benefits.

Trachtman sold about 200 of the machines in the United States and 200 more abroad, he says.

He wanted to build a more affordable version for individual consumers, but he says he first had to wait for the technology to get sufficiently advanced, small, and inexpensive. For example, the original device replaced the NASA model’s infrared sensor with a charged coupled device, which alone ran $700 in the 1980s. Now, electro-optical technology costing $20 can serve the same function, and new light-emitting diodes in the low-infrared range eliminate the need for laser-quality lenses.

With this new technology, Trachtman, whose practice is in Seattle, was finally able to build an affordableversion of the device. The Zone-Trac was released in February 2014.

For the most part, the original Accommotrac Vision Trainer units went to the offices of optometrists like Dr. Sanford Cohen, who purchased one for his Silver Spring, Maryland office in the mid-1980s, shortly after it was released.

“The instrument is very effective for the purpose of improving focal control,” Cohen says, noting that he was able to teach most of the patients who used the device to gain control over their visual focus. He said he also found the device to be valuable in the treatment of nystagmus—rapid, uncontrollable movements of the eyes, which can affect vision. “I can very easily teach someone, if they can learn biofeedback, to slow the oscillation.”

Trachtman claims about a 90 percent success rate for his invention in correcting, improving or stopping focusing problems.

“The trick is, you have to be able to gain control over a mechanism that you’ve never been able to control, so not everybody can get biofeedback,” Cohen says. “You really have to tap into something. It’s just tapping into a different thinking pattern. I’ve never really been able to tell a person how to do it.”

He notes that this challenge is common to any biofeedback training.

That “tapping into something” has become one of Trachtman’s selling points for the new Zone-Trac.

Over the years, Trachtman and others who have used the machine in their practices say they have had patients, especially athletes and military service members, report unexpected side effects, such as a widening of the field of vision, seeing in slow motion, intensified color perception, and increased hand-eye coordination and reaction times, which lingered after the treatment.

Trachtman says Navy pilots at the Naval Branch Health Clinic in Pensacola, where he had one of his vision trainers, referred to “streaming, which is parallel processing, so they can see everything on the control panel and the aircraft carrier at the same time.”

He began measuring quantifiable data, such as reaction time, hand-eye coordination, color perception, visual acuity, muscle relaxation, and finger warmth, which also indicates relaxation, and found that all were heightened by use of the machine. He also measured brain waves.

“When you take control of the focusing muscle of the eye, there’s a dramatic change in brain waves, particularly one wave, called the alpha brain wave,” Trachtman says, noting that these are the same waves emitted by practitioners of meditation. “It was not what I had in mind when I built it, but it explains all the changes we see.”

He says he’s also found the devices helpful for students who have difficulty concentrating and is now using them to treat military veterans with post-traumatic stress disorder, whom he offers free sessions. After they slip into a relaxed state, they are asked to revisit a traumatic incident and associate it with the tranquility they’re experiencing.

Cohen says he believes Trachtman’s newsystem will prove beneficial, as the training he offered his patients with the original device included practicing at home, imagining the tone of the machine and recalling the sensation that came with controlling it.

Trachtman began selling the Zone-Trac for $1,750, and after the first month and a half, he had sold most of the first batch of 10.

“What we’re hoping to do is get enough sales to have the credibility to go to investors so we could make it even smaller, so we could mass produce it, and that would get the technology down to about $300–$500 per unit,” says Trachtman. 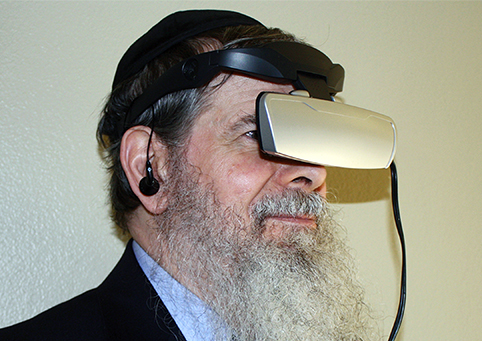 Thirty years after the release of his Accommotrac Vision Trainer, Joseph Trachtman, pictured here, released a home version of the device, called the Zone-Trac. Advances in technology made it possible for Trachtman to build a much smaller, wearable, and more affordable device.

The optometer that Stanford researchers created for Ames Research Center in 1968, and which Joseph Trachtman has based his inventions on, was originally intended to objectively measure pilots’ visual accommodation as NASA tried to combat “empty-field myopia”—the tendency for a pilot’s focus to rest on a spot a meter or two away when confronted with an empty sky.