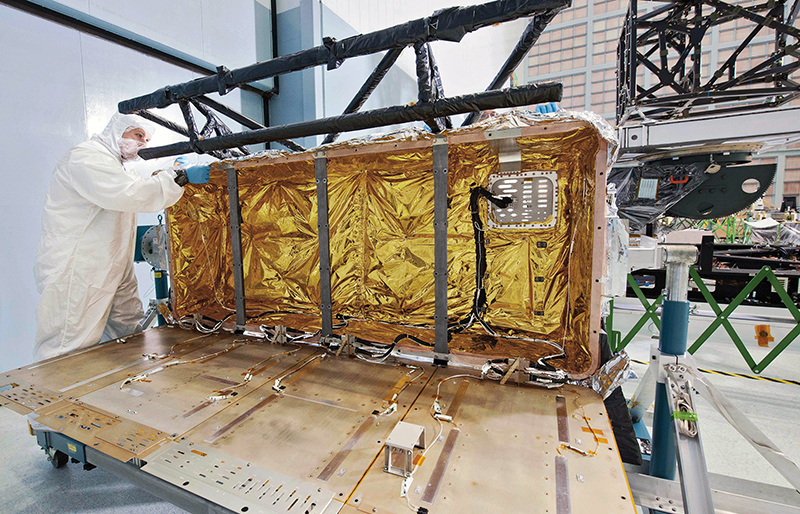 Nick Blanton spends a lot of time outdoors, skiing in the winter months and hiking when the weather’s warm. All of this takes a toll on his electronic gadgets, which are sensitive to temperature fluctuations and can be damaged after exposure to extreme hot or cold conditions for long periods of time.

With a little luck and some elbow grease, coupled with Eagle Scout ingenuity and the assistance of a NASA-developed material, Blanton has created a line of cases designed to protect iPads and iPhones from the heat of Death Valley, California, and the frigid cold of a ski slope in the Rockies.

In the 1960s, NASA was preparing for early forays into space and worked to devise thin, reflective, metallic material to protect spacecraft from the dangers of solar radiation. This material, metallized polyethylene terephthalate (MPET), is strong and not only reflects radiation but also serves as powerful insulation to protect electronics from large swings in temperature.

NASA’s use of MPET has included nearly every mission to and beyond Earth orbit. The importance of its function was especially apparent when, in the mid-1970s, Skylab’s heat shield was found to have been damaged during launch, resulting in internal temperatures reaching 130 °F. The material is also still used in astronauts’ spacesuits to protect them from the radiation and heat of the sun while on spacewalks.

The flexible, highly efficient, and plastic material had already been back to Earth as a main component of the lightweight “space” blankets used by runners to maintain their body temperature after finishing a race, among the others uses (Spinoff 2006).

As a child, Blanton grew up curious about and in awe of space and NASA’s exploration work. When he was a Boy Scout, his camping packs always had a few thermal blankets made from MPET.

“I’ve carried around space blankets with me, particularly during survival situations, since I was a kid,” Blanton says, citing two-week backpacking trips at the Philmont Scout Ranch in Cimarron, New Mexico. “We learned how to use it to redirect heat from a fire pit around an emergency shelter made of space blankets and plastic draped over a log, and also how to use it to reflect the heat of the New Mexico sun away from us for cooling.”

As he grew up, the blankets came in handy following cross country meets, and “after seeing the dramatic effect this thin material had at filling the shelter up with heat and the cooling effect it could have, I guess it stuck with me,” he says.

Blanton was snowboarding and using his iPhone one particularly cold day when, to his surprise, his phone froze. He wondered whether someone had already made a protective case for such electronics, which are sensitive to temperatures due to liquid crystals enclosed in them, but was unable to find anything that met his expectations on the market.

A few months later, he was outside on a hot day when his iPhone displayed a temperature warning alert, which got him thinking. “I had the ‘aha’ moment and thought a thermal shield like a space blanket could help in this situation,” he recalls. He contacted an inventor friend about his ideas, and together they brainstormed what kinds of materials might best protect the increasing array of gadgets vulnerable to heat and cold. They purchased some sample materials and began working on cases that would shield electronics from temperatures in excess of 95 °F or below 32 °F, conditions in which batteries also become compromised and can decrease usability.

Among the materials he considered were thermoelectric Peltier devices, a solid-state heat pump that transfers heat from one side of a device to another electronically, in addition to phase-change materials and flexible insulation aerogels, but nothing was quite right until he tried the blankets from his camping trips.

After sewing up some initial prototypes using a variety of materials and sending them off to friends in various parts of the United States for testing, the best results came from the cases made using MPET. “I decided to go with the space blanket technology after getting one and cutting it up and putting my phone inside and testing it on the dashboard of a car or while going out hiking and snowboarding,” he says.

The cases are designed with three layers to protect phones and tablets. The first layer redirects the thermal radiation, reflecting it away from the device in the summer and holding in heat during the winter. The second and third layers provide additional insulation to limit

the conduction and convection of heat. A micro-suede fabric lines the interior of the case to prevent the screen from scratching.

Protecting iPhones, iPads, and MacBooks means a user is less likely to have to replace a product due to electrical malfunctions during an epic run on the slopes or when a device is left sitting on a car seat during a long, hot day, Blanton says.

His company, Salt Cases, based in Portland, Maine, started a Kickstarter fund in late 2014, raising more than $28,000 for an initial production run. “We’re doing great,” he says. “We’re selling lots of cases. We’ve been written up in CNN, Business Insider, and we’re getting lots of traffic and lots of sales. We’re doing even better than we expected.”

The cases have been certified by the Space Foundation as well, Blanton says. The company’s profile on the Space Foundation’s Web site notes that, during field testing, an iPhone was left in a car that reached 126 °F after just 10 minutes, which put the device at risk for permanent damage. When the protective shield was attached to the back of the iPhone, heat was reflected away and the temperature quickly dropped to 90 °F.

Thanks to the popularity of Apple products—a line of cases for Samsung products is in development—orders for the cases are coming in from around the world. “It gets cold in a lot of places but it gets really hot more often,” he says. “We’ve had some people contact us from Dubai and other locations in the Middle East where everyone, it seems, has iPhones. They need a case because it gets to 120 °F there during the day and drops down to being really cold at night.”

He’s getting some interesting emails from customers in the United States as well, including one from a person who volunteered, when placing an order, that he eats his lunch in a freezer. Blanton says his target audience, initially, was young adults who spend a lot of time outdoors, “the more extreme-sports type of people. The unforeseen market ended up being Government workers who have to leave their phones in their cars during the day for security reasons. That hadn’t even occurred to me.”

Blanton says he’s happy to have NASA technology protecting his devices after protecting him from the elements as a scout. “Who better to go to than NASA? They clearly have to put a lot into everything they do. They’re going to know the most about thermal capacities.” 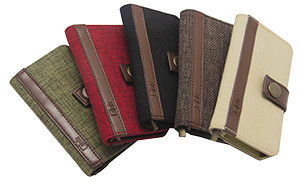 Inspired by his adventures as a Boy Scout and fascination with NASA, the founder of Salt Cases based his protective cases for electronics on heat sheet technology developed by the Agency to protect astronauts and spacecraft.