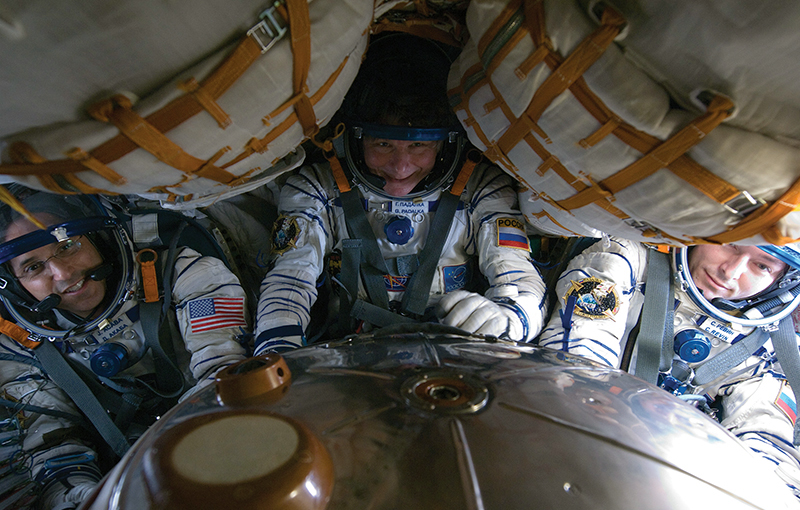 In 1969 NASA Ames Research Center received an unusual call for help: a local woman who had given birth continued to experience abdominal bleeding weeks later despite every attempt to halt it, including nine surgical procedures. Her condition, known as postpartum hemorrhage (PPH), can result from a number of different complications during childbirth, and left untreated it can prove fatal. The patient had been transferred to Stanford University Hospital, where doctors continued to transfuse the woman with blood, but they still needed a way to stop the bleeding.

After studying the problem, researchers and engineers from NASA Ames’ Environmental Control Research Branch, Flight Operations Branch, and other areas, proposed that applying pressure to the woman’s entire lower body using external pressure from an inflated anti-gravity suit, or G-suit, might stop the bleeding—just as tightly wrapping a gash on a limb can slow blood loss. NASA has long used G-suits, or inflatable compression garments that prevent blood from pooling in the legs, to keep its test pilots and astronauts from blacking out during moments of extreme acceleration and upon return to the pull of Earth’s gravity after spaceflight.

The team quickly modified a G-suit to allow for a range of pressures and to retrofit it to the hospital’s gas supply cylinders, then hurried the garment to the hospital where it was immediately applied to the patient. After wearing the suit for just 10 hours, the woman began to recover, with her body’s natural healing process taking over once the rate of bleeding had slowed. Three months later, doctors proclaimed her fully healed.

Subsequent research by NASA Ames scientists led to a better understanding of the physiology of anti-gravity suits and the realization that much lower pressures could be used to decrease bleeding and rapidly shift needed blood, a process known as autotransfusion, from the legs and lower body toward the heart and brain—to treat hemorrhage or dehydration, for example. Indeed, reviews by NASA Ames scientists and others showed that higher anti-gravity suit pressures, such as those standard in military and aviation applications, could be harmful by cutting off circulation to vital tissues and organs. Some of these findings, along with original data from experiments on low blood-pressure states, were gathered by an Ames-funded researcher and published in a 1989 NASA technical memorandum on the use of the anti-gravity suit to apply positive pressure to the lower body.

Drawing on the information found in the memorandum and other reviews, Palo Alto, California-based Zoex Corporation developed the first commercially available version of the technology in the early 1990s. Zoex recognized that these lower yet effective pressures, in the range of 20–40 torr, were achievable using simpler elastic compression garments, rather than the old-style inflatable air and water bladders of military G-suits. The noninflatable suit, which Zoex branded the Non-Inflatable Anti-Shock Garment, or NIASG, has been used to counter shock in a variety of situations (Spinoff 1996).

The use of noninflatable pressure garments specifically for treating PPH remained a promising application and area of further study. By 2002, Dr. Paul Hensleigh, who was chief of obstetrics and gynecology at Santa Clara Valley Medical Center in California, was using the NIASG to treat patients suffering from obstetric hemorrhage, both in California and in low-resource settings around the world. His work in turn caught the attention of Suellen Miller, a professor of obstetrics, gynecology, and reproductive sciences at the School of Medicine, University of California, San Francisco. Miller is the founder of the Safe Motherhood Program, whose goal is to reduce the number of deaths and illnesses associated with pregnancy and childbirth worldwide.

After attending a presentation given by Hensleigh, Miller joined with him, an Ames scientist, and another researcher to conduct and publish a 2004 study based on 14 cases of hypovolemic shock in Pakistan where the NIASG was used as a primary intervention. The garment had helped save the lives of 13 of the patients.

In high-resource medical centers, such as those in the United States, blood transfusions, surgery, and drugs are readily available treatments. But for women in many rural areas in developing countries, getting them the care they need can take days—time they cannot afford in the case of PPH. “I empathize with the doctors and midwives in these low-resource settings,” Miller says. “They often have nothing at their disposal to save that mother’s life, and she ends up dying in their hands.”

Miller, who calls the garment an NASG (Non-Pneumatic Anti-Shock Garment), began performing clinical research with the aim of getting it recognized by the World Health Organization, or WHO, the body that sanctions the use of medical devices and procedures in developing countries. NASG’s inclusion in WHO’s clinical-practice guidelines would open the doors for nongovernmental organizations and government healthcare systems to consider adding the device in policy and practice.

In 2004, Miller and her colleagues, including Hensleigh, conducted comparative studies in Egypt and Nigeria. Their results, published in 2007, showed that using the garment reduced both blood loss and mortality in PPH patients by 50 percent. “In the field of maternal health, we generally don’t see that kind of a reduction,” Miller says, “and even less so when it’s the result of a single, simple intervention.”

Funding from the Bill & Melinda Gates Foundation and the National Institutes of Health allowed Miller to expand her work with a five-year randomized trial in Zimbabwe and Zambia. While the final analysis from those tests was being completed, the WHO and the International Federation of Gynecologists and Obstetricians both decided in late 2012 that enough evidence had been presented to officially include the NASG in their guidelines on the management of PPH.

Around the world, each year at least 280,000 women die as a result of childbirth—70,000 of them from obstetric hemorrhage. “If under clinical study conditions we can reduce that number by 50 percent, then we have the potential to save 35,000 young, healthy, otherwise productive women every year,” Miller says.

In the short timespan since the WHO backed the garment, 20 countries have purchased a lower-cost version of it called LifeWrap, produced by a manufacturer found by Safe Motherhood and the nonprofit PATH. “We’ve determined that these suits can be used at least 70 times,” Miller says. “So we’re looking at a life-saving device that costs less than a dollar per use.”

Around the world, the Safe Motherhood Program continues to disseminate information on and provide training for using LifeWrap. In the wake of Typhoon Haiyan, which ravaged the Philippines in November 2013, the organization donated garments to midwives working in disaster zones, helping to save lives. More recently, Miller and her colleagues conducted training for Médecins Sans Frontières, also known as Doctors without Borders, and the Canadian Red Cross so they may implement the garment’s use in African countries affected by Ebola. LifeWraps have also been provided for ambulances in East Timor and are being used increasingly throughout rural Tanzania.

Miller also reports that some of the doctors and midwives she has met have voiced their own thanks for the garment that has taken so many names over the years: they like to call it the miracle suit.

Abstract
In the 1960s, Ames Research Center used an astronaut G-suit to successfully treat a woman suffering from post-obstetric hemorrhaging. Subsequent research showed that a noninflatable garment could effectively and more safely treat the condition. Suellen Miller, a professor of obstetrics and gynecology at the University of California, San Francisco and founder of the Safe Motherhood Initiative, now uses a garment developed using NASA_s research to help women suffering from post-obstetric hemorrhaging in low-resource settings around the world. 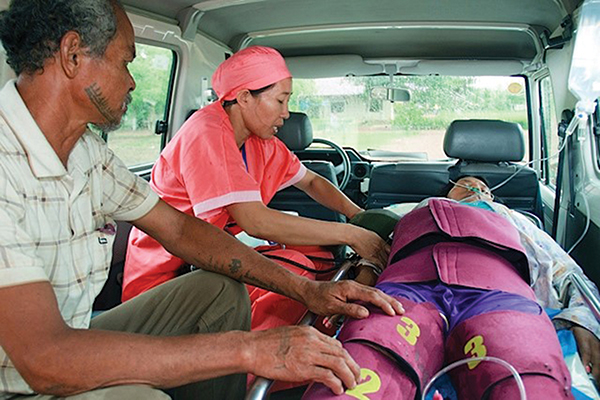 In Cambodia, the LifeWrap is applied to a woman suffering from PPH to reduce blood loss until she reaches a hospital for treatment. 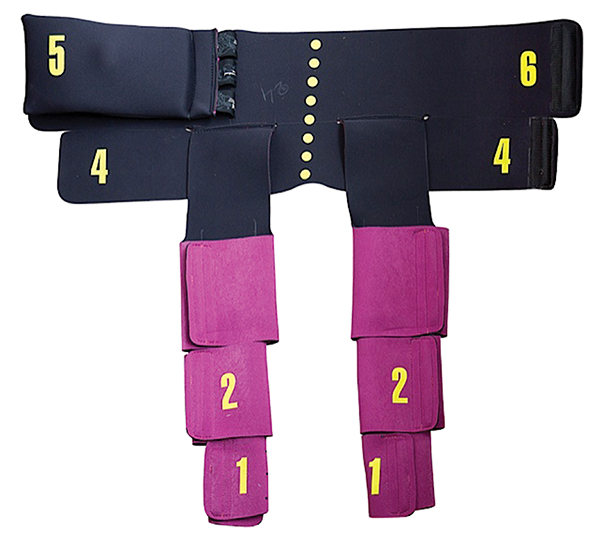 After using a modified G-suit to successfully treat a woman suffering from postpartum hemorrhage (PPH), NASA Ames scientists performed research in the 1970s and ’80s to gain a better understanding of how pressure garments can counteract blood loss. Their work informed the first commercial noninflatable anti-shock garments, which the Safe Motherhood Program has since used in low-resource settings around the world to save lives. 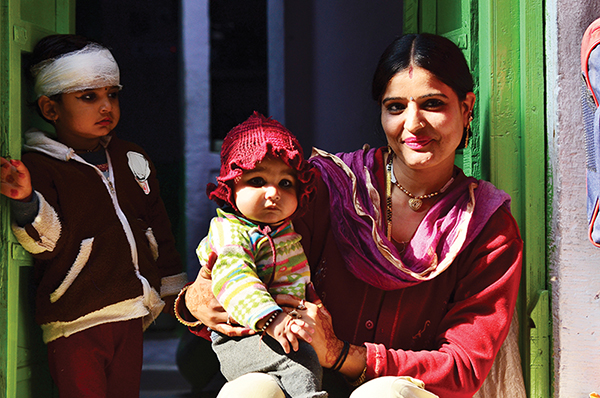 Worldwide, at least 280,000 women die each year as a result of childbirth, with PPH accounting for nearly 70,000 of those deaths. The NASA-derived LifeWrap, which costs about a dollar per use, has been shown to reduce PPH-caused mortality by 50 percent. 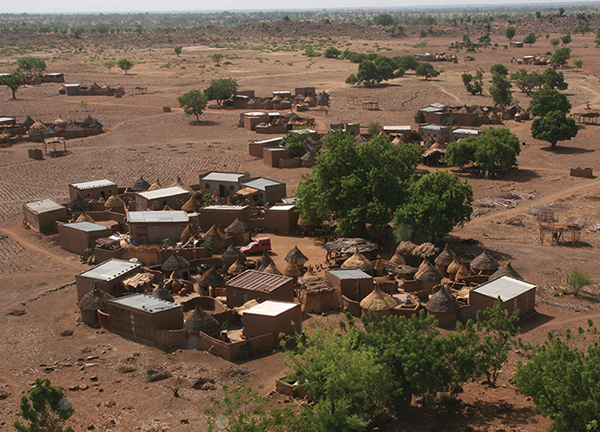 From the left: Astronaut Joe Acaba and Russian cosmonauts Gennady Padalka and Sergei Revin aboard the Soyuz spacecraft preparing for their return trip to Earth from the ISS on September 17, 2012. Upon reentry into Earth's atmosphere, gravity pulls blood away from the head and into the lower body, which can cause dizziness. As a preventive measure, crewmembers wear G-suits, which are rubberized suits that squeeze the arms and legs to push blood back toward the head.