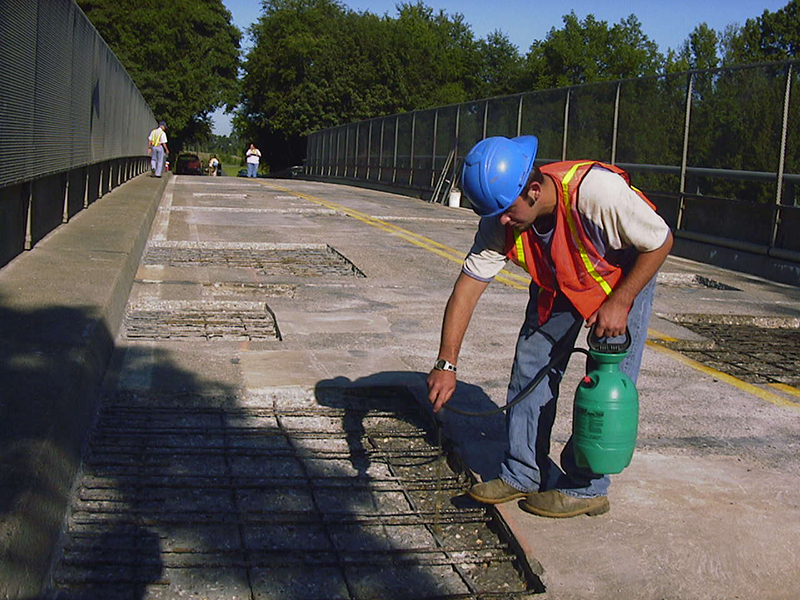 The world is made out of bad concrete and rusty steel, and corrosion is the primary cause of deterioration of our infrastructure,” says Bob Walde, vice president of technology for Surtreat Holding LLC. The problem, he says, is that engineers tend to try to stop corrosion by physical means that address the symptoms but not the underlying causes. “Corrosion is an electrochemical process, and it can be inhibited by changing the chemical environment around the steel.”

To that end, in the mid-1990s Surtreat, based in Pittsburgh, developed two corrosion inhibitors that worked by chemical means and were designed to be applied to the surface of concrete, where they would migrate to the steel rebar inside. By 1996, though, the formulas still had not been formally tested and validated.

Meanwhile, of all the concrete in all of NASA’s field centers, probably none has it harder than that in the structures at Kennedy Space Center. Not only is the seaside campus, located near Orlando, constantly bathed in damp, salty air, but some of its concrete is in and around the Cape Canaveral launch pad, where rocket boosters blast it with white heat, hydrochloric acid, and other hazards, while it’s simultaneously sprayed with water for cooling. For these reasons, in February 1996, Kennedy entered into a Space Act Agreement with Surtreat to test its products (Spinoff 1998). Joe Curran, a NASA-contracted corrosion engineer at Kennedy, set up the testing.

One of the products validated during those tests has now led to a new epoxy primer that can be applied directly to clean or rusty steel to stop corrosion.

Kennedy spends considerable money on corrosion prevention, says Curran, who now does similar work for the Air Force at Cape Canaveral Air Force Station. “If there’s a less expensive way to do it, you should think about doing that.”

Rusting occurs as iron, the main ingredient in steel, loses electrons, he explains, noting that saltwater, which is highly conductive, accelerates this process. As rebar rusts, it expands, breaking up the concrete surrounding it.

During testing, Curran applied a number of different manufacturers’ inhibitor products to several reinforced concrete “coupons” and assessed them by three different methods. Salt-fog chamber testing subjected them to a measured chloride concentration at a set frequency of salty fog for a set duration. Another test used a technique called electrochemical impedance spectroscopy to measure the rebar’s resistance to corrosive current flow.

He also employed the American Society for Testing and Materials’ widely used method for determining the effects of chemical admixtures on the corrosion of rebar in concrete. Curran waited until corrosion was taking place in the salt-laden test blocks, then treated them with corrosion inhibitors. After a period of time, he measured the macro-corrosion currents between the rods of rebar and determined that corrosion rates were reduced.

Of the several corrosion inhibitors he tested, Curran says, Surtreat’s vapor-migrating inhibitor was a top performer and was subsequently used on Kennedy’s Launch Pad 39A and other reinforced concrete structures at the space center. Other private contractors used the Surtreat product to treat beachside condominium balconies and other structures in the Central Florida area.

“The NASA results showed that the inhibitors did migrate from the surface to the rebar and did inhibit the corrosion,” Walde says. “That allowed us to go out and market these two corrosion inhibitors with greater confidence.”

The products went on to be used on bridges, parking garages, military installations, power plants, condominiums, and other structures across the country and abroad.

In a 2007 partnership with the U.S. Army Corps of Engineers, Surtreat experimented with applying its products directly to the surface of corroded steel at two military installations in Okinawa. The work was successful, and in 2010 the Corps of Engineers commissioned the company to develop a pigmented epoxy primer that could be applied to rusty steel to inhibit corrosion.

Surtreat ended up using an organic compound similar tothe one that had been tested at Kennedy, known as a volatile corrosion inhibitor (VCI), whose vapor would migrate through the rust to the steel surface and form a protective film.

“We had to find a paint system that the VCI would be compatible with, where it wouldn’t change any of the characteristics of the paint, and the paint wouldn’t hinder the corrosion inhibitor,” Walde says. The company developed a two-part primer, which was evaluated by the U.S. Army Corps of Engineers in 2012 and was found to be effective on rusty surfaces to the point that it offered 5–10 times the corrosion-inhibiting properties of the standard primer.

Surtreat filed for a patent that year and created VCI Coatings LLC to market the product.

“We’re still trying to get people to understand that if you have a problem of chemical deficiency, you might want to use a chemical solution,” Walde says.

But people are beginning to come around.

The U.S. Department of Transportation has expressed interest in the new corrosion-inhibiting paint, mostly for use on bridges, and the Navy is interested in it for ship maintenance, Walde says, adding that by late 2014 a number of painting contractors had also used VCI Coatings’ primer to protect everything from metal roofs to bridge cables, to the galvanized pans under a football stadium’s walkway.

“We’re quite optimistic about the commercial opportunity here,” Walde says.

Other corrosion inhibitors require all rust to be scraped off a steel surface before they’re applied, at a cost that Surtreat estimates at as high as $5 per square foot. That adds up quickly on a large structure. The new product costs about twice what a basic primer costs, but that expense is more than offset by the savings in surface preparation and the increased lifespan of the steel. The company calculates a cost of 57 cents per square foot per year over 10 years for a basic primer, as opposed to 10 cents a year over 20 years for its primer with the VCI agent. The primer can also be applied to new steel surfaces to increase their lifespan.

Walde says the company still credits the Space Agency with proving the effectiveness of this family of compounds.

“It was the work done by Joe Curran at NASA Kennedy Space Center that first defined the functionality of these corrosion inhibitors for migrating to a steel surface, which has evolved into what’s now been incorporated into the primer,” he says.

Abstract
In the mid-1990s, Pittsburgh-based Surtreat Inc. developed two corrosion inhibitors that, applied to the surface of concrete, migrated to the rebar inside. The company entered into a Space Act Agreement with Kennedy Space Center, conducting tests that validated the inhibitors as among the most effective on the market. Recently, Surtreat used a compound similar to one tested at Kennedy to develop a new pigmented primer that can be applied directly to rusty steel to inhibit corrosion. 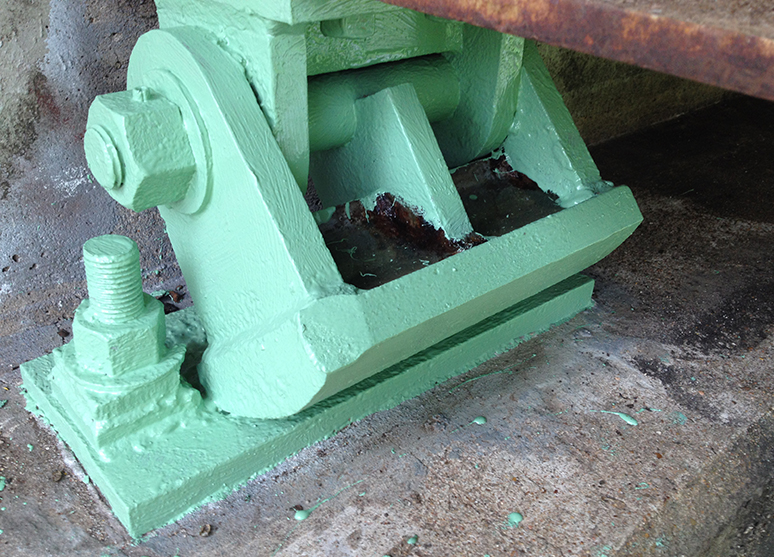 Surtreat’s latest product, an epoxy primer with a volatile corrosion inhibitor, has been applied to a rusted abutment bearing under a bridge in Houston as part of a pilot project. 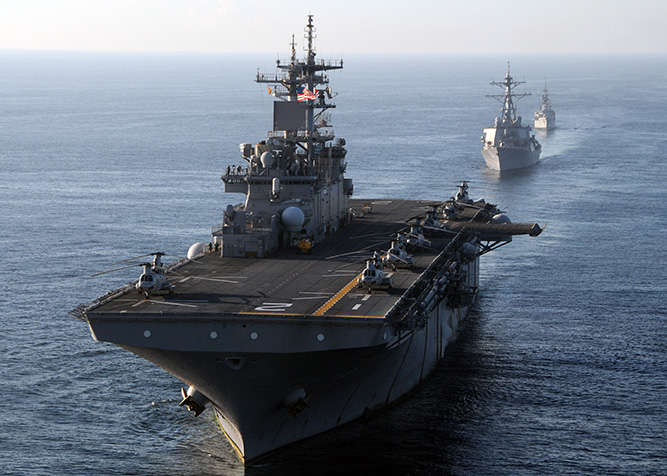 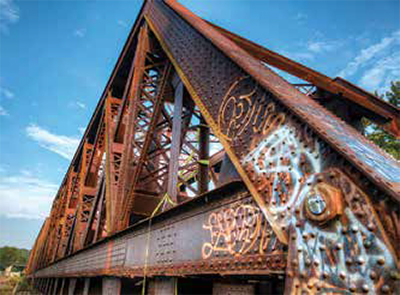 Another potential customer for Surtreat's epoxy primer is the Federal Department of Transportation, which is considering using it on bridges in particular.

A worker applies Surtreat's volatile corrosion inhibitor, which was validated through testing at NASA's Kennedy Space Center, to bare, rusty steel rebar on a bridge over the New Jersey Turnpike. The company has now created an epoxy primer that also can be applied directly to rusted steel to inhibit further corrosion.