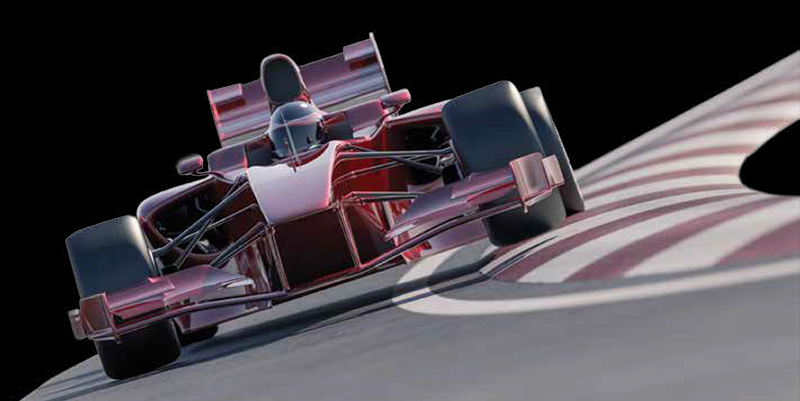 Nearly 20 years ago, Pieter Buning was in the early stages of his career with NASA, working on an interactive graphics program called Plot3D. “Life was different back then,” says Buning, an aerospace engineer and research scientist at Langley Research Center. “We didn’t have all the fancy screens and interactive graphical interfaces. My motivation was to be able to see what was going on in the calculations and also to make it look physical.”

He was working in the world of computational fluid dynamics (CFD), translating the movement and interaction of substances like air and water and solid surfaces. “Basically, what you get out of CFD is doing essentially what wind tunnel testing would do, but you’re doing it on a computer,” he says. “The idea is that it would be cheaper to use CFD than building a model and running a physical test in a wind tunnel. We’re still pursuing that. But back in the 1970s, the claim was that CFD would replace all wind tunnels. That hasn’t happened.”

It might have been fun work, but mostly the time spent on graphics was a way to avoid working on his thesis, he jokes. Buning went on to work on a solver called OVERFLOW, teaming up with Rutherford, New Jersey-based Intelligent Light Inc. to provide post-processing and visualization capabilities.

NASA has been familiar with Intelligent Light since at least 1996, when the company received its first Small Business Innovation Research (SBIR) contract for the development of a CFD post-processor to create efficient visualizations of large, unsteady results (Spinoff 2003). At the time, the product, FieldView, was a visualization tool, and the contract was awarded for the company to develop transient data-handling capabilities and integrate them into the existing product. The company was successful and has secured a total of 13 additional SBIR contracts from NASA and other Government agencies, including 8 Phase I and 6 Phase II contracts, along with 3 Small Business Technology Transfer contracts, worth a combined $5.4 million since 1996.

To hear Steve Legensky, one of the founders and a general manager of Intelligent Light, talk about it, the FieldView product of 15 years ago is almost entirely different from today’s model.

Intelligent Light was one of 11 companies that could do high-resolution, 3D-rendering animations using computers when the company started in the mid-1980s, and the goal was to help make complex mathematical equations easier to understand by making them visual. “If we could take the numbers, whether they were measured numbers in a wind tunnel or whether they were computed numbers from CFD, our philosophy was that if people could see these phenomena in a context that looked like the real object, they would more naturally be able to uptake it to the brain and the eye and understand it,” says Legensky.

Some things are easier to visualize than others. A pebble tossed into a pond makes traceable ripples, but the air traveling through a heating and cooling duct is more difficult to monitor. Harder still is trying to determine the flow of fuel through a jet engine, says Legensky. This is why CFD modeling is needed, to better understand the dynamic conditions that occur whenever a fluid interacts with or manipulates something solid.

FieldView has evolved beyond those early visualization goals to allow companies to ask for specific information based on static or unsteady data, providing the user with detailed results for the task at hand. If an aircraft company wants to redesign a wing, instead of having an engineer in an office running calculations, that same engineer can input a series of parameters or constraints and allow the program to run simulations. In post-processing, which is where FieldView is used, the results are then analyzed, and only the best-performing wings are presented for the engineer to review.

“Think about that broad stretch, from one guy waiting weeks for a calculation of a steady picture, to today, where the fidelity and magnitude of things that can be computed is so much greater. The problem has shifted over the years from handling the results in some way to extracting the knowledge from those results for it to be a meaningful endeavor,” Legensky says.

The data FieldView can return are not just what Legensky describes as “wide”—like the aircraft engineer looking at wing permutations—but also deep, he says. He’s been working on a project for the navy involving 45 seconds of a helicopter approaching, hovering, and landing on an aircraft carrier. “A customer came to us and said, ‘I need to measure forces and take pictures at a rate of 60 frames per second, so I have 2,700 sets of files.’ Each set is many gigabytes. But that’s one simulation that, because of the grid resolution for the length of time, is very, very deep.”

Legensky compares FieldView’s user interface with the cockpit of a plane. In the first commercial airlines, dozens and dozens of dials, displays, and gauges alerted pilots to what was going on with the plane in flight. Now, cockpit displays are more streamlined, with only the most important information readily visible. The same is true for the computed data entered into FieldView—additional information is there if a user wants it, but only the most pertinent, best results are presented at first glance.

It’s not just aircraft designers who are interested in CFD results. Legensky says the two industries using FieldView the most today are auto makers and defense contractors. They use FieldView to streamline their workflow processes and also to make modifications on the fly and get real-time insight into which design changes will be most effective. He’s worked with some of the top Formula One racing companies, which are interested in making a change to vehicles in the few days between races to improve performance. “Some Formula One teams, I’ll venture, do more CFD per week than NASA does. They have budgets close to $350 million a year to field one or two cars at up to 20 races.”

There are more practical applications too, including determining the best way to fill plastic containers of yogurt in such a way that is not only fast but prevents the safety seals from becoming compromised or contaminated. One large consumer-goods manufacturer uses FieldView to calculate the best way to ensure encapsulated treatments or minerals are equally distributed throughout a batch of shampoo or lotion.

NASA still uses FieldView to help gain a physical understanding of airflows, and the speed at which the program can mine large amounts of data is crucial, Buning says. “We now do unsteady calculations like helicopters, new launch vehicles, or Mars landers. The amount of data coming from simulations just exploded. FieldView is a fantastic tool for analyzing our results and giving the user a real understanding of the calculation.”

Legensky credits NASA’s support and its challenges for much of his company’s success. “Our work with NASA is both with them as great customers, and as collaborators who push us while also teaching us about technology. These SBIR contracts from NASA are an indication that someone with a big brain is looking out over the horizon and saying this problem is going to have to be solved for us in the future, then turning to see if somebody in a small business is clever and able to solve the problem.”

Abstract
Computational fluid dynamics has come a long way in the past few decades, and Intelligent Light Inc., of Rutherford, New Jersey, continues to be a leader in the field. From its first SBIR contracts with Langley Research Center, the company_s FieldView product has evolved past visualization capabilities to provide the best solutions for complex problems, winning over Formula One teams and manufacturers in the process. 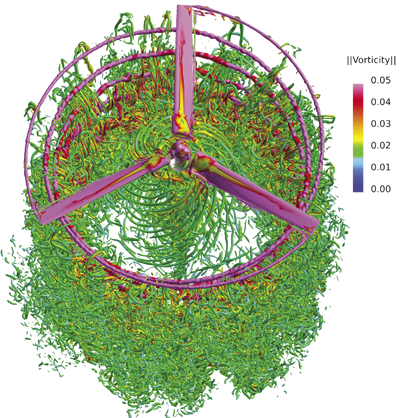 This image, created by NASA using Intelligent Lights’ FieldView post-processing tool, shows the airflow around a rotary propeller from a V-22 Osprey and contains 14,000 grids and 668 million gridpoints.

Among the biggest commercial users of Intelligent Light’s FieldView computational fluid dynamics post-processing tool are Formula One racing teams, which use the software to make minute and intricate changes to a car’s structure to improve performance.