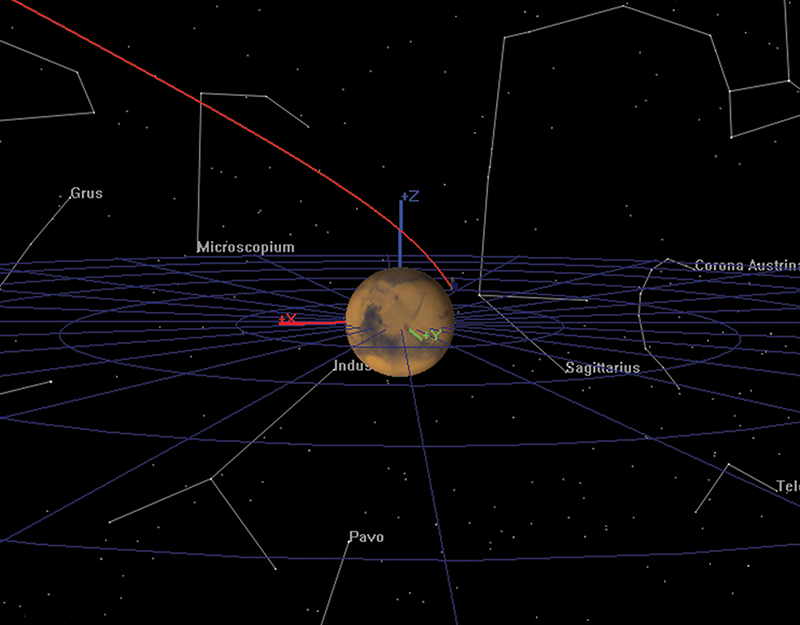 There’s some wizardry involved in sending a rocket or other spacecraft beyond the oppressive reach of Earth’s gravity. Long before the first missions were launched, complex mathematical calculations had to be worked out to determine the amount of fuel needed to propel a heavy vehicle skyward, the best way to reach the desired destination, and how all that would correlate to the planet’s daily rotation.

Things have become a little easier in the intervening years thanks in part to experience, but also to engineering software that helps plot a course from launch pad to destination to maximize fuel efficiency, determine the best time for launch, and the optimal route to target.

More than a decade ago, a team of engineers at Goddard Space Flight Center began working on what’s become the General Mission Analysis Tool (GMAT), a modeling program that specializes in trajectory optimization, allowing mission-control specialists to plot the best course for their craft.

“We have models of spacecraft, fuel tanks, thrusters; we have models of the solar system and how it affects the motion of spacecraft,” says Steven Hughes, the project’s manager. “We have things that are called solvers that let you say, ‘My mission needs to be in an orbit that has these basic requirements, it needs to come within this distance of the Moon but it can’t come any closer than this.’ It has a lightweight, built-in programming language so you can customize your solution to meet the mission needs.”

Before the development of GMAT, NASA had been using software called Swing By for mission calculations, but when the Agency began phasing it out in 2001, Hughes and his team started collecting requirements and spent two years designing an open source program customizable to meet the Agency’s needs.

The GMAT team now has 11 active members, including five engineers, five developers, and one tester. The program was predominantly developed on Windows but runs on OSX and Linux as well, and it contains some 540,000 lines of C++ code. Extensive testing carried out over many years helped ensure all components worked properly before it was made available for operational support, Hughes says. Even now, some 12,000 tests are run each night to find glitches before they become bigger problems.

The first flight-qualified release came in 2013, the same year NASA launched the Mars Atmosphere and Volatile Evolution mission, whose team used GMAT in preparation for flight. But NASA also used GMAT while it was still in development as one of many tools for planning missions. GMAT was used to support the Lunar Crater Observation and Sensing Satellite in 2009; the Acceleration, Reconnect, Turbulence, and Electrodynamics of the Moon’s Interaction with the Sun in 2005; the Lunar Reconnaissance Orbiter in 2009; the Magnetospheric Multiscale Mission in 2015; and it will be used for Origins Spectral Interpretation Resource Identification Security Regolith Explorer (OSIRIS-REx) in 2016 and the Transiting Exoplanet Survey Satellite (TESS), set to launch in 2017.

The program has extended the life of on-orbit missions through resource optimization, most notably helping the Lunar Reconnaissance Orbiter save fuel equivalent to an additional year of station-keeping.

“The TESS mission is using GMAT as the primary tool,” Hughes says. “For OSIRIS-REx, they use it for launch-window analysis, and they used it for the verification of the OSIRIS-REx touch-and-go phase. A lot of Goddard missions have used GMAT in some way.” GMAT has also been applied to nearly every NASA flight regime, including CubeSats and spacecraft designed for low- and high-Earth orbits, geosynchronous orbits, and interplanetary missions.

GMAT has also been used in connection with the 2018 launch of the James Webb Space Telescope, which will eventually settle into a Lagrangian-point orbit, or one that balances the gravitational forces of the sun and Earth to stay in the same place relative to both bodies. Though useful for the mission, it is an unstable orbit, and small changes can have a big effect on maintaining the telescopes location, says Hughes.

Technology transfer is built into the GMAT development model. According to Hughes, “The private sector has been involved in all aspects of development, in fact, the system was designed by Thinking Systems, Inc. under contract with Goddard. GMAT employs a service model on an open source system to ensure active private sector involvement and to maximize transfer of Government-funded technology broadly and openly.”

Thanks to its open source license, GMAT has been extended, integrated, and applied to problems well beyond those anticipated by the design team. It has been used by 15 universities and has seen contributions from 12 commercial firms, including large aerospace companies, among them The Boeing Company, Computer Sciences Corporation, and Honeywell Technology Solutions Inc., and smaller firms such as a.i. solutions Inc. and Emergent Space Technologies Inc. The system has experienced major industry adoption with more than 30 peer-reviewed publications citing analysis performed using GMAT. In academia, GMAT has been used for everything from orbit propagation to simulations, intercept maneuvers, collision avoidance, and trajectory verification and optimization. It has supported entries to Google’s Lunar X-Prize and mission plans made by the Inspiration Mars Foundation.

The application and its source code have been downloaded over 49,000 total times over 5 releases, and the project’s latest release is on track for a total of 12,000 downloads.

Other governmental agencies have also used GMAT. The system has been used by the Air Force Research Laboratory and commercial partners for satellite-interception and collision-avoidance simulations. International organizations using the software include the European Space Agency, the Korean Aerospace Research Institute, and EUMETSAT (the European Union’s meteorological and climate agency).

GMAT is the only enterprise, multi-mission, open source space guidance, navigation and control ground software system. One of program’s biggest fans is Hank Grabowski, chief technology officer and co-founder of Columbia, Maryland-based Applied Defense Solutions Inc., which worked with Goddard and the GMAT team to support the lunar orbit design for NASA’s Lunar Atmosphere and Dust Environment Explorer (LADEE) when it launched 2013. It was the first mission in three decades to fly around the Moon’s equator and, in planning the mission, the company and NASA wanted to know more about the uncertainties about the gravity model around the Moon.

“There isn’t any literature for that,” Grabowski says. “We were able to take GMAT and instrument the gravity model such that it would allow us to dump out all the types of statistical information we needed in order to come up with estimates for uncertainties on the gravity model for the Moon. LADEE was a very successful mission.”

Applied Defense is a service vendor for companies in the space, national security, geospatial information systems, and other Government contractors. While clients sometimes want to use specific software tools for their mission, if a customer comes in without such a request Grabowski recommends using GMAT, especially if the customer wants to use open source technology.

“GMAT is the premiere open source trajectory design tool that’s out there right now,” he says. In addition to being free of licensing costs, GMAT has a community of users and technical support from which to draw support. The GMAT community is also able to contribute back to the project. “You can get the source code, you can send comments back to Steve’s group and see if they can incorporate changes you’ve made to the tool as well,” he says. 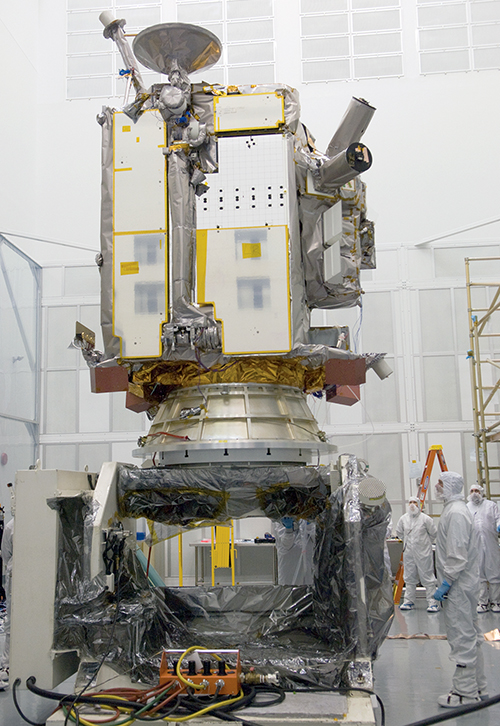 One of the first missions flown using GMAT was the Lunar Reconnaissance Orbiter, which launched from a United Launch Alliance Atlas V rocket in 2009 with a mission to gain information about the Moon’s surface in the hopes of finding areas of high scientific value.

The team responsible for launching NASA’s Mars Atmosphere and Volatile Evolution (MAVEN) mission worked closely with GMAT’s developers when plotting the spacecraft’s flight before it launched in late 2013.