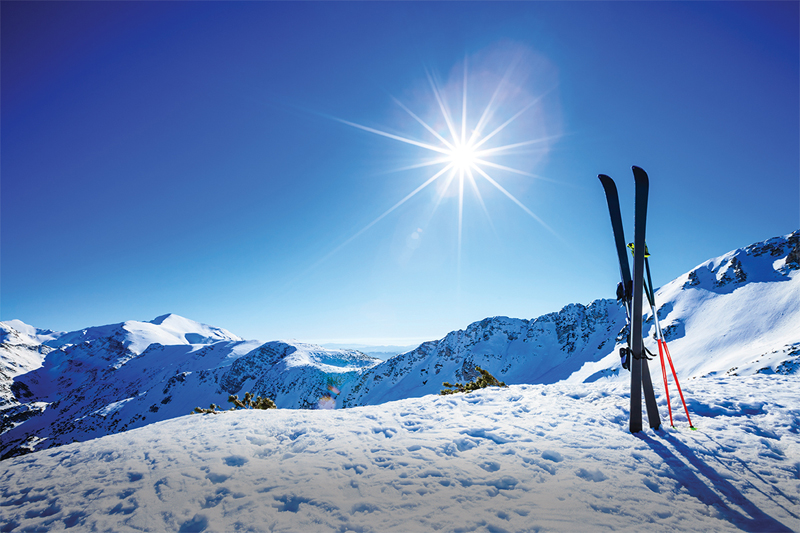 Of all the colors the human eye is capable of seeing, it is particularly sensitive to blues and greens, which comprise the middle wavelengths of the visible electromagnetic spectrum. But our sensitivity to these colors comes at the expense of peripheral hues, like red, when the two colors are seen simultaneously. The phenomenon, called center-loading sensitivity, can interfere with visibility in certain situations like spotting targets or judging distances.

In the early 1990s, Ames Research Center senior scientist Len Haslim investigated technology that would allow these peripheral hues to stand out for detecting camouflaged objects in forests and jungle environments. High-cost electronics and photographic technology had been used for the purpose, but Haslim went on to develop a simpler, cost-efficient method that uses an optical filter to cancel the green light reflected off of the flora and augment the non-green colors of the camouflaged objects. Seen through the lens, the plant’s green colors appear black or gray while the other colors, now amplified, would “pop,” or stand out.

But Haslim also noticed that the optical filter didn’t just make it easier to pick out camouflaged objects—it also enabled him to detect plant distress. Dying plants’ chlorophyll content changes, and these changes are reflected first in the red and infrared portions of the spectrum. In addition, distress causes a collapse in the part of a plant’s leaf called the mesophyll, which also reveals itself through red and infrared reflectance. These early warning signs are undetectable by the human eye, and by the time a plant shows a noticeable decline, it may already be too late. But with Haslim’s optical lens, a plant’s distress stood out in red, pink, and coral hues, and in enough time to possibly save it from dying.

As an optical scientist and the owner of an aerial photography business, Robert Brock recognized the value of having a cost-efficient optical filter for a number of applications. “To be able to cancel light frequencies and amplify others without having to buy electronic equipment created a huge potential in the market for these lenses,” he says.

In 1994, his company, Portland-based Optical Sales Corporation (now NASTEK), entered into a Space Act Agreement with Ames to commercialize the technology Haslim had developed. With additional funding from the U.S. Department of Agriculture, the firm performed the additional research and development needed to come out with its Plant Stress Detection glasses for assessing plant health (Spinoff 1996), as well as a similarly functioning filter for use in digital, film, and video cameras for large-scale remote sensing activities. Golf course superintendents, crop managers, and foresters use the lens for early disease detection and trouble-shooting watering problems, among other issues, saving them money and resources.

Now the company is using the same foundational technology derived from NASA research to help skiers see terrain more clearly. For them, it’s not the color green but rather blue that can be a hindrance. Blue light comprises wavelengths of the visible spectrum that are easily scattered by air molecules, which is the reason the sky appears that color. But this scattering also causes blue light waves to bleed into mountainsides and other land features, creating a haze that can be troublesome for skiers visually, especially on overcast days. To remedy that, NASTEK develops ski goggles that cancel out a significant amount of blue light. Among other commercial partners, the company has teamed up with Wheatridge, Colorado-based Optic Nerve.

Optic Nerve’s rose-tinted spherical NASTEK lens ski goggles, which arrived on the market in fall of 2015, are a cut above the rest in filtering blue light, says vice president Tom Fox. “The industry standard lies at around 79-80 percent filtration,” he notes. “Our lens is up there around 95 percent, which results in an incredible definition of terrain in flat light as well as bright sun conditions.” Brock adds that for people who aren’t color blind, that means an average increase of 12-15 percent in visual acuity and depth perception.

The lens is also versatile. Some ski goggles are designed for low to variable light conditions but are not ideal for bright conditions, because they let in an intense amount of sunlight that can be uncomfortable on the eyes. For that reason many skiers switch lenses depending on the weather. But the NASTEK lens handles low and bright incoming light equally well.

“We have professional skiers and ski patrollers who wear them every single day telling us they never have to change the lens,” adds Mae Harris, Optic Nerve’s communications manager. “That’s a pretty good sign of its dynamic range.”

Besides the blue-light cancellation technology, Fox points out other features that make these ski goggles more than worth their price tag, which he says is more affordable than other leading brands. First, a careful design prevents air gaps, and therefore fog, from forming in the goggles. Second, the high-grade polycarbonate lens is impact-resistant and provides complete protection from ultraviolet A, B, and C radiation.

Also, in order to create a reflective surface, many lens makers apply a thin titanium coating to the outside of the lens, where it's easy to scratch. NASTEK applies the reflective coating to the inside of the lens instead. “The outside of our lens is pretty robust as far as durability is concerned because you don't have that thin layer taking the brunt of all the impacts and cleanings and handling,” he says.

NASTEK manufactures lenses for some of the biggest eyewear companies on the planet, but Optic Nerve was the first North American company it teamed up with to incorporate the blue-light-cancelling technology. “They are very, very sharp,” Brock says of Optic Nerve. “They really understand what their customers want and understand the importance of quality control. We’re very proud that they want to be involved with our lenses.”

Abstract
In the 1990s, a scientist at Ames Research Center developed optical filters to block blue and green light, allowing other hues to stand out and making camouflaged objects more visible in forests. His work was later commercialized through a Space Act Agreement with NASTEK, which then partnered with Wheatridge, Colorado-based Optic Nerve Inc. to create a line of ski goggles that filter about 95 percent of blue light, giving professional and amateur skiers alike a clear view on the slopes. 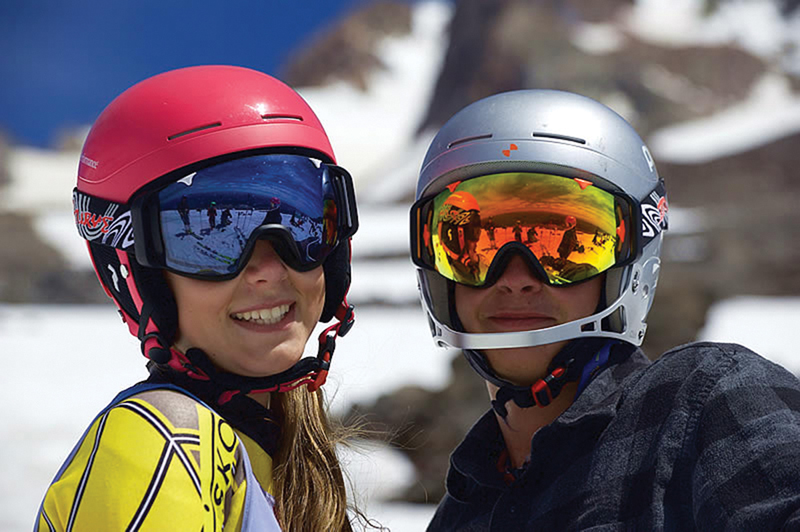 Following research and development that began in a partnership with NASA, NASTEK now manufactures ski-goggle lenses that use NASA technology to optimize visibility on the slopes. In 2015, the company worked with Optic Nerve to create a line of ski goggles that are used by professional and amateur skiers and snowboarders, as well as ski patrollers.

The blue light scattered by air molecules creates a particular haze around mountainsides that interferes with human vision. NASA optical filtering technology is now used in ski goggles that can increase visual acuity and depth perception in these conditions by an average of 12–15 percent.