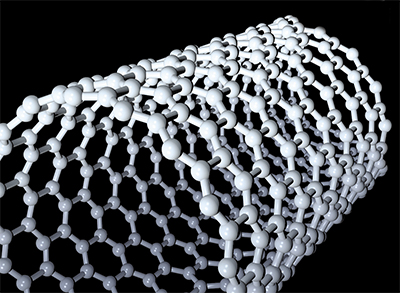 At 100 times the strength of steel and just one-sixth the weight, it is easy to see why engineers, and not just at NASA, were immediately excited by the potential in carbon nanotubes. But the nano-scale material was challenging to work with, and NASA funding was instrumental in helping move forward the early research needed to put it to good use.

Carbon nanotubes, made from flat carbon sheets that roll up on themselves into a tube, were first discovered by a Japanese scientist in 1991. “The theory has always been, if you can take these extremely strong particles and incorporate them into a wide variety of materials, then you can impart their strength onto those other materials,” explains Zyvex Technologies President Lance Criscuolo.

But it proved difficult. “If you take raw carbon nanotubes and try to put them into a composite, they just all clump up together. Think of it as a poorly made cake batter. You’ve got lumps of stuff in there,” he says. Many researchers were working on how to make a useful material out of carbon nanotubes, and NASA, always interested in ways to make their spacecraft stronger and lighter, put out a call for proposals.

“We were looking for different ideas that people had to use carbon nanotubes, through the SBIR [Small Business Innovation Research] program,” explains Brad Files, who now manages the International Space Station Research Planning office for NASA, “and one of the proposals that came in was from Zyvex.”

NASA funded four SBIR contracts with Zyvex between 2003 and 2006. The first two centered on how to incorporate carbon nanotubes into a functional material and the later ones on using that material in a composite as a lightweight radiation shield. Zyvex researchers devised a polymer that transformed the properties of carbon nanotubes so they would disperse in a resin, which could then be used to reinforce woven carbon-fiber materials. Working with NASA, they were able to achieve high concentrations of carbon nanotubes with excellent dispersion in resins, including epoxy.

“Working with NASA helped guide us in the best methods in how to do that,” Criscuolo explains.

“Funding from NASA was really key and important in getting us to develop the technology so that we could functionalize carbon nanotubes and get good properties with the host matrix,” emphasizes John Randall, now president of Zyvex Labs, which spun off from Zyvex Corporation in 2007. “That and follow-up funding with the Defense Advanced Research Projects Agency was absolutely essential to developing the technology that Zyvex is now marketing.”

Often, there’s a trade-off between toughness and stiffness: things that are very strong tend to be brittle, like glass, while things that are resilient aren’t stiff, like rubber.

Carbon nanotube-infused resin helps make already-strong carbon-fiber composites significantly tougher without compromising the stiffness, often actually increasing the stiffness, says Criscuolo. Adding carbon nanotubes to the resin also helps the material withstand surface abrasion, so surfaces don’t wear away as quickly, and it helps divert energy into the fibers, which are stronger than the resin.

“You’ve got all these tiny nanotubes, which are long and thin, scattered randomly through the resin. When a composite starts to fail from a fracture, it’ll take a path of least resistance—and the path to failure gets much longer when it has to go aroundthe carbon nanotubes.” he says. “That’s how you get a much tougher composite.”

Almost immediately after the SBIR contracts, Zyvex found customers among makers of sporting goods like baseball bats and bicycles (Spinoff 2007), enticed by the combination of tougher, stronger, and lighter.

Since then, the company has increased its product line dramatically. It now offers six different formulations of its carbon-nanotube additive, under the ZNT product name, to be added to different resins by the customer. The company also offers its own line of composites, under the Arovex product name, in which carbon fiber, glass fiber, and other materials are pre-treated with a carbon-nanotube-infused epoxy.

While some industries, including aerospace and marine customers, have been slower to adopt the new materials, Randall says they too are coming on board. “It’s always been difficult to get new structural materials, especially into aerospace—but that’s understandable. You’re extremely cautious when you add a primary structure to something that flies around with people in it in the sky,” he says.

One of Zyvex’s latest customers is using the material for ship landing decks designed to allow smaller boats to drive onto them. “The landing areas needed to be a lot tougher, because the smaller boats would still have propellers spinning when they arrived, tearing up the deck of the other boat,” explains Criscuolo. “Rather than making the composite at the bottom of the boat a lot thicker and heavier, they switched to our material: it got a lot tougher without adding to the weight. “

Criscuolo says Zyvex is also using the same technology developed under the NASA program to incorporate carbon nanotubes into rubbers and other flexible materials, for applications like tires, seals and gaskets, and o-rings. “And then we’ve also taken that same technology and are migrating it into thermoplastics that we’re starting to look into putting into medical devices.”

For instance, Zyvex has partnered with a medical device company on a National Institutes of Health grant to develop a balloon catheter for insertion into arteries to help clear blockages. “The nanotubes would add additional burst strength, because these catheters are extremely thin,” Criscuolo says.

“The NASA partnership definitely helped accelerate our ability to get into commercial applications on a much shorter timeline,” he recalls.

From NASA’s perspective, says Files, the collaboration was extremely successful. Although the applications for NASA’s space program weren’t immediately realized, he says, it is extremely important to see the results bear fruit in the commercial world.

“In the early days of nanotechnology, everybody was pushing it forward together. We didn’t know which would benefit NASA, which would benefit industry or other Government agencies. Zyvex was able to take something that they were working on for us, but then use it in the commercial world. NASA is always looking for those types of technologies.” 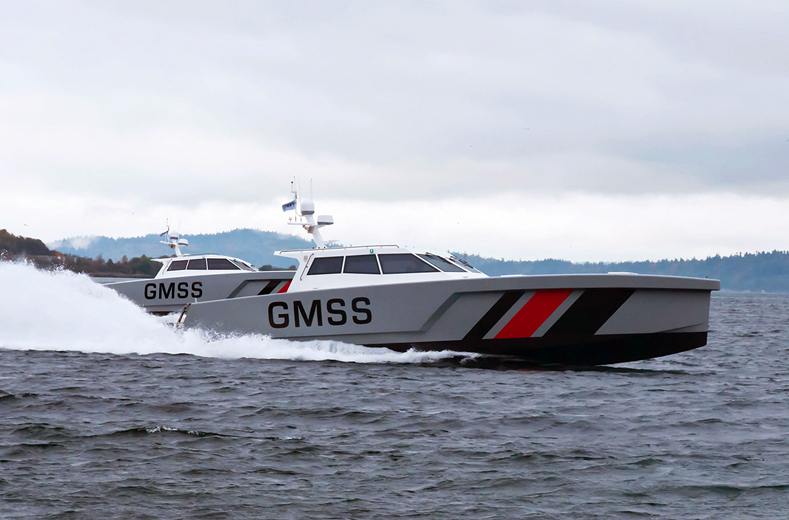 One of Zyvex’s latest customers is using the material for ship landing decks designed to allow smaller boats to drive onto them—sometimes with propellers still spinning. The carbon-nanotube-reinforced composite is tough enough that it doesn’t get torn up, without adding extra weight. 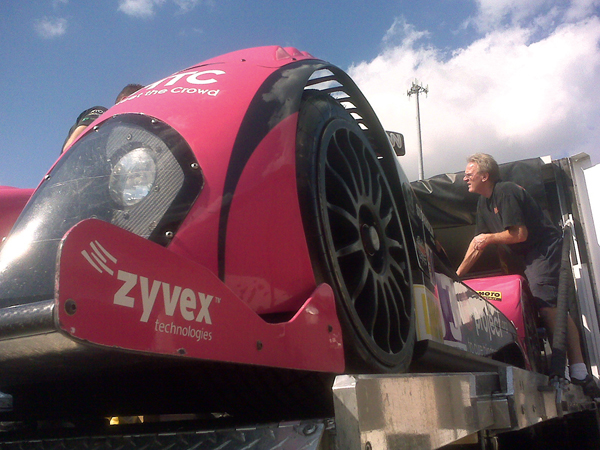 Special composite materials, reinforced with a carbon-nanotube-infused epoxy, make for very light, extremely tough race cars, better able to withstand the forces of a crash. The material has also been used on sporting goods, including bicycles and baseball bats.

Carbon nanotubes, made from flat carbon sheets that roll up on into a tube, offer 100 times the strength of steel at just one-sixth the weight. NASA funding, including several SBIR contracts with Zyvex, helped advance early research to put the material to good use.