Parachute deployment is usually a fairly simple—if crucial—operation. A small pilot parachute tossed into the wind might pull free a pin securing the main parachute container and then drag the larger chute out and into the airstream, where its lines release and it fills with air.

Little in spaceflight, though, is simple.

As the Orion spacecraft careened sidelong back to Earth during its first test flight in December 2014, a precisely coordinated series of events had to go off just as planned to slow the 21,000-pound vehicle from speeds around 350 mph at an altitude of 23,000 feet to just 20 mph by the time it plunked down into the Pacific Ocean four and a half minutes later.

After a set of parachutes and pyrotechnic piston thrusters removed the cover of the capsule’s forward bay, mortars inside the bay fired a pair of drogue parachutes to slow and stabilize the craft’s fall before they were cut loose to make way for the three 116-foot-wide main parachutes to be pulled free by pilot parachutes. The main chutes even filled in synchronized stages, as circles of line, called reefs, that held them partially closed were cut.

Everything went off without a hitch. We know this because the deployment also awakened a high-speed, high-resolution video camera within the forward bay that was custom-made to capture the entire sequence at speeds up to 1,000 frames per second. After all, if there was a snag, engineers needed to know precisely what went wrong and when.

In spaceflight, cameras aren’t simple either. Not only did the engineers at Johnson Space Center and Lockheed Martin, who were designing and building the capsule, want a camera with higher-speed memory storage than any in existence at the time, but the device would also have to meet a host of other requirements.

“A camera with additional memory, controls, and environmental ruggedness, built in a sealed container that would withstand both the space vacuum and water immersion after landing, was required,” says Vic Studer, video systems lead at Johnson. “The device also needed to be very small and lightweight and run on low power. No camera existed that could meet all these requirements.”

NASA and Lockheed Martin approached IDT with a request for a camera that would meet their stringent set of requirements.

“We had to come up with an elegant solution that was also cost-effective enough for the Government to accept it,” says Luiz Lourenco, CEO of IDT, which ended up providing several cameras for the project through a subcontract with Lockheed Martin. “Our pride is that we were able to do it with very limited resources.”

Most high-speed cameras are “what we call bricks,” Lourenco says, meaning they’re large and heavy, which runs counter to any space mission. Every pound it launches into space costs NASA about $10,000, and room aboard a capsule is extremely tight. So the company created an ultra-compact camera that fits in the palm of a hand.

The device had to survive not only the violence of liftoff and the saltwater of splashdown but also the radiation beyond Earth’s protective atmosphere. There, radiation threatens what Lourenco calls “the soul of the electronics”—the memory chips and software, the computation model that will execute a series of commands, adjusting them according to feedback loops.

Such a sequence of commands might mean waking up and beginning to record at 1,000 frames per second, then slowing to 60 and speeding back up to 500 as events unfold, Lourenco explains. To preprogram this sequence of recordings, the company created what it calls “mission mode.” The parameters—such as frame rates, durations, and shutter speeds—for up to 64 recording events are entered into an Excel spreadsheet, which is loaded into the camera to program a series of separate video shoots or a continuous recording at different speeds.

The camera also must automatically adjust for light exposure with each image it captures, even at hundreds of images per second.

The biggest challenge, though, was enabling the camera’s computer to back up the data nearly as fast as it acquired it, storing each frame as it was recorded. Most high-speed imaging technology saves video to what’s known as volatile memory, which loses all stored data when the power is cut. This would mean that if the camera aboard Orion experienced a broken cable or other glitch, all the parachute data from a very costly test run would be lost. The camera also needed all the video backed up before switching off for splashdown.

To permanently store hundreds of frames per second, the camera had to be able to transfer 10 to 12 gigabits per second to a hard drive, Lourenco says. “It’s like having highways of data with very wide lanes.”

Ken Barkman, the Lockheed Martin Communications and Tracking camera lead for Orion at NASA’s Michoud Assembly Facility, says the camera lived up to expectations. One of the biggest challenges, he says, was capturing the forward bay cover as it was ejected from the capsule, letting light into the bay. “At 500 frames per second, the exposure algorithm adjusted the camera to the abrupt change in lighting from complete darkness to daylight within a few milliseconds,” he says, adding that the high-speed “mortar events” that launched the drogue and pilot parachutes were also captured with high fidelity, as was the main parachute deployment at 400 frames per second.

“All of this video provided excellent support for the imagery analysis demonstrating that the features of the Orion vehicle performed as designed,” says Ben Sellari, of Johnson’s Vehicle Integration Office, who determined the initial requirements for image capture.

“Some of this know-how already existed, but then you have to adapt it to these very stringent requirements,” Lourenco says. “It’s not a moneymaker, but it’s a very good test bed for technology we want to incorporate into our products.”

Some of these improvements have already been incorporated into IDT’s product line. All of the Os series of cameras, in which the O stands for Orion include the high-speed, solid-state memory the company developed for Orion.

In automobile testing—one of IDT’s specialties—a car is typically outfitted with 8 to 16 cameras, and after a test, data is downloaded from each camera, one by one, explains Rick Sutherland, sales manager for IDT. “During that download, if anything happens to the camera or power source, you’ve lost all your data.” In crash tests using members of the Os family, though, all the data from every camera is backed up within two seconds after impact.

In its testing, the Air Force films the deployment of weapons at high frame rates, and IDT’s high-speed memory means planes in flight can fire test shots every two seconds or so, rather than circling and burning fuel while waiting for data to be backed up, Sutherland says, adding that the Air Force has added a specification that these test cameras all include solid-state memory capability like IDT’s.

Likewise, when broadcasters record at high frame rates for slow-motion sequences, the entire crew is left standing around while the video is stored before the next shot. “Our technology minimizes the cost of production, and they can shoot continuously,” Sutherland says. He notes that the cameras also eliminate the need for a separate recorder for slow motion.

The cameras’ light weight and small size are also advantages across industries. In crash testing, the vehicle has to weigh what it would on the road, so 16 heavy cameras would require other components to be removed from a vehicle. Even on a boom at a recording set, a lighter camera is easier to manage.

During recent military helicopter testing by IDT customer Boeing, Sutherland says, it was considered too dangerous for most personnel to approach the helicopter. Instead, test engineers were able to program three days’ worth of recording using an Excel spreadsheet. “Even just that mission mode developed for Orion has paid off hugely,” he says.

The cameras’ ruggedness is another advantage that plays out across a range of applications. While it’s an obvious necessity in crash testing, Sutherland says, “Even the movie guys, they’re very hard on equipment. The ability to withstand a lot of G-force is an advantage to anybody.”

Because the Orion camera had to survive not only splashdown but also a wide range of temperatures that can cause condensation and other problems, it also had to be completely sealed. The results are IDT cameras that can be submerged with no need for a waterproof housing, which Sutherland says has already piqued the interest of the Canadian Navy and is likely to get a lot more notice.

As more people and companies learn about the new capabilities stemming from IDT’s Orion work, sales have continued to rise, he says. “The number we’re selling is increasing, because we’re getting them out and in front of people.”

In fall of 2015, those technological advances culminated with the release of a camera that incorporates nearly all of them, the Os10 4K.

Abstract
To film parachute deployment on the Orion spacecraft, Johnson Space Center required a high-speed, compact, rugged video camera. Integrated Design Tools (IDT) of Pasadena, California, which specializes in cameras for industrial and scientific markets, such as crash testing, was subcontracted. IDT developed a camera capable of filming up to 1,000 frames per second and backing that data up nearly as fast. All of IDT_s Os series of cameras now include the high-speed, solid-state memory developed for Orion. 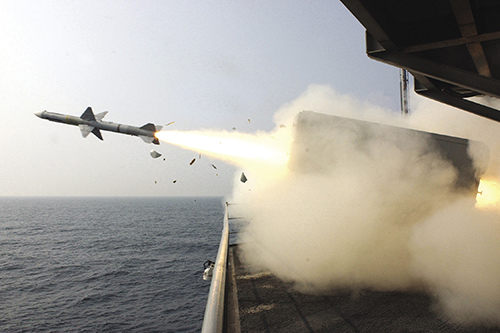 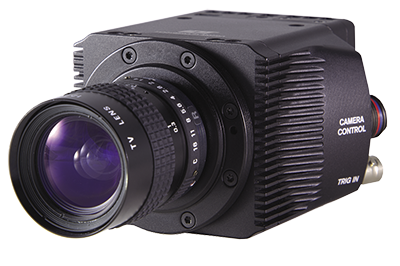 The Os V3 video camera takes advantage of some of the advances in high-speed, solid-state memory storage, as well as compactness and sturdiness, that the company had to make to meet the requirements for filming parachute deployment during the Orion spacecraft’s first test flight. 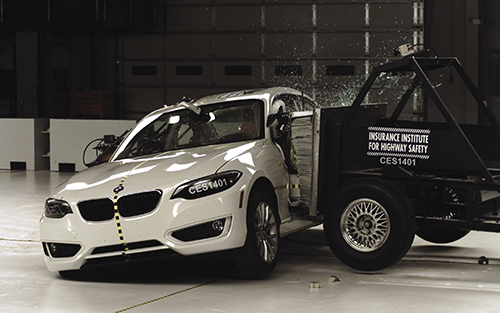 One application for IDT’s highest-speed cameras is in automobile crash testing, where every millisecond must be immediately and permanently stored. The company’s cameras can be seen here mounted on both the car and the crash-test device.

Integrated Design Tools (IDT) built a compact, rugged camera with an unprecedented rate of memory storage to record parachute deployment during the Orion spacecraft’s flight test in high-speed, high-resolution video. To capture the left image, showing the capsule’s forward bay cover immediately after it was ejected, the camera had to adjust from total darkness to broad daylight within a few milliseconds. By the end of the deployment, the capsule’s three main parachutes had released perfectly to deliver the craft safely to splashdown, with the process captured on film at rates up to 1,000 frames per second.