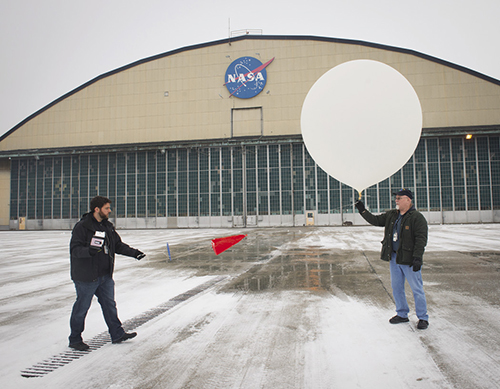 Wire Sensors Alert to Dangerous Conditions in the Clouds

One common hazard facing airplanes is ice: not just on the ground, but in the air, where it can coat wings or engines. But how do you know when icing conditions exist up in the clouds? NASA has been working for years to build better models, and the tools it’s helped develop as a result are turning out to be useful well beyond passenger planes.

One of the best ways to determine how much supercooled liquid water—the culprit behind airborne icing—is lurking in the skies is by sending up a sophisticated sensor on a specially-equipped research aircraft, explains Michael King, an aerospace engineer at the Icing Branch of NASA’s Glenn Research Center. However, although the probes work extremely well for research, instrumented aircraft are not flown day-to-day to provide real-time icing hazard information, which is what pilots and operators could use to improve flight safety.

“Using the information from those three instruments, you can infer what the icing hazard is at any given time,” King explains.

In order to prove the system works, the developers need to compare the NIRSS prediction with what’s happening in the air. NASA knew it could do this with instrumented aircraft, but they are expensive—all told, King says, a winter flight campaign could cost hundreds of thousands of dollars

So in the early 2000s, NASA put out a call for something new to act as a backup and a way to gather preliminary data: a lightweight, inexpensive sensor that could be sent into the clouds on weather balloons. John Bognar, an atmospheric chemist with an affinity for lightweight instruments, thought he could make something work.

Bognar is the founder of Bozeman, Montana-based Anasphere Inc. He had previously built lightweight meteorological instruments to help get chemical measurements for his research and set about using the same principles to build the sensor NASA needed.

“When I saw NASA was interested in icing conditions, I looked at what people had done before. That’s where I usually start. I found a previous designer had developed this vibrating wire sensor for atmospheric soundings in the 1980s,” he explains.

It worked well, but when Bognar looked closer, “I said, my goodness, this sounds really heavy.” While the original sensor called for electromagnets and magnetic coils to produce and measure the vibrations, Bognar turned instead to piezoelectric elements, which can convert physical movement or pressure into electricity—and vice versa.

Bognar hoped to use small piezoelectric elements to both make the wire vibrate and detect the vibrations. Approaching NASA with the idea, he was awarded a Phase I Small Business Innovation Research (SBIR) contract to develop it.

“The vibration detection part really ended up being pretty straightforward,” Bognar recalls. “Once I was working with these little lightweight piezoelectric sensors, it was clear this was the right choice.”

The piezoelectric transducer didn’t work as well to create the vibration, but Bognar was able to use a mechanical actuator to pluck the wire instead. “It ended up being simple and robust and effective, even though we lost one degree of the elegance of the solution,” the scientist recalls.

NASA was so pleased with the resulting product that it offered Anasphere a second, Phase III SBIR contract to produce the sensor for its weather balloon studies. “The sensors are lightweight and don’t require a lot of power, so they’re ideal for working on a balloon,” King says. “This tool will allow us to improve our ability to predict those conditions and inform the community when there are those hazardous conditions aloft.”

Outside of NASA, the Department of Energy (DOE) is also using the vibrating wire sensors in its studies of cloud formation in the lower levels of the Arctic atmosphere. The DOE is working to understand the effects of clouds on climate: how they reflect and absorb heat energy and how that impacts the radiation balance on Earth.

“The niche that we fill is that we have a much more inexpensive sensor,” explains Bognar. “When you’re using the big expensive sensors, you will have one sensor. If you wish to develop a vertical profile, you have to winch your sensor up and down. So when you’re looking at one point, you’re missing what’s happening above and below.”

“The advantage of our sensor is you’re able to deploy multiple sensors all at once and see upper and lower altitudes simultaneously to see how the cloud is evolving.”

The DOE also uses another product Anasphere sells called tethersondes—instead of floating away, the devices are attached to long lines that can be reeled back in. The supercooled liquid water sensors are sold as a separate add-on to the tethersonde package.

Anasphere’s vibrating wire sensors are also starting to find a new market in China, Bognar says, where a Chinese affiliate of German radiosonde company GRAW is expected to market them to farmers. The sensors can sound a warning when icing conditions near the ground show signs of danger for crops, such as when a very cold fog gathers.

The vibrating wire sensors are not a huge portion of Anasphere’s revenue—almost by definition, since they were designed to NASA specs that they be disposable and as inexpensive as possible, leaving little in the way of a profit margin. However, among the small, inexpensive instruments Anasphere makes, Bognar says the supercooled liquid water sensor has been a success.

And, he says, without NASA he doubts he would ever have even delved into building the sensor. For one, the profit margins were always going to be low, so without the NASA investment, it may not have made financial sense for Anasphere to dedicate its resources to the project. But also, the relationship with NASA helped Anasphere make connections around the icing community.

The NASA project director at the time, Andy Reehorst, “helped build awareness of the sensor, which helped lay the market for it. Without that kind of support, we would have been trying to find a way into the icing community, and the odds of success would have greatly gone down,” Bognar says.

“That’s a big part of where NASA’s involvement was so critical to making the whole development path successful.” 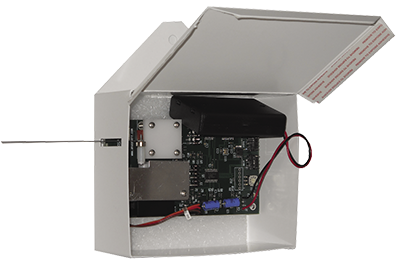 Anasphere’s supercooled liquid water sensor detects changes in the wire’s vibrations as ice accumulates. The sensor is a fraction of the cost of traditional sensors to detect airborne icing and has found users among the Department of Energy as well as in the agricultural industry. 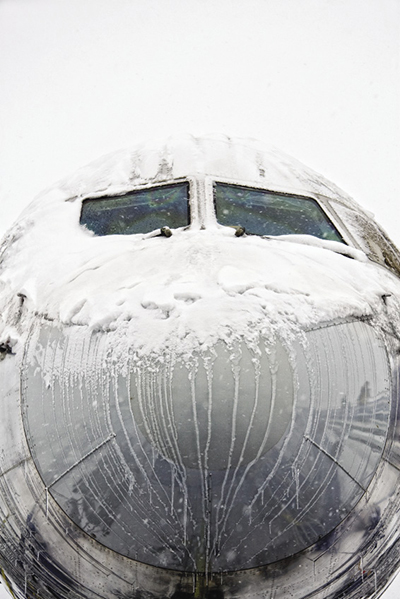 Ice poses a significant hazard to planes in the air, where it can accumulate on wings and engines. NASA is studying ways to better predict when icing conditions are particularly dangerous, and one tool it is using to test its research, a lightweight, inexpensive sensor, is proving useful outside the Agency as well.