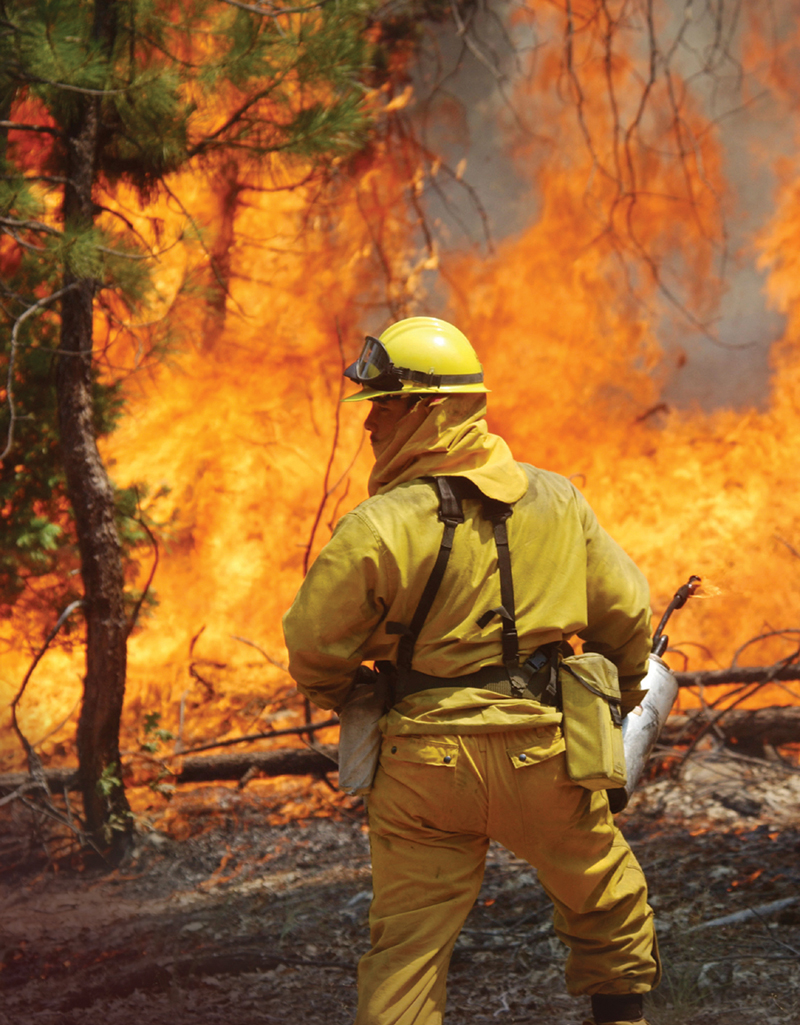 More than a billion people around the world lack easy access to clean water—some trek for miles just to fill jugs for themselves and their families. Even where the liquid is in abundance, it is often contaminated with viruses or bacteria that can cause deadly diseases, especially in vulnerable young children.

In developed countries, too, water sources are occasionally contaminated or cut off altogether following natural disasters, resource mismanagement, or an intentional attack.

And there’s another group that lacks access to abundant, safe, clean drinking water: astronauts. In space, they have to take what they need with them and reuse and recycle every precious drop. On the International Space Station, where U.S. Astronaut Scott Kelly recently spent a year in orbit, specialized technology developed by NASA collects every bit of moisture, including sweat and urine, and turns it into drinkable water.

The solution in all cases is filtration. But not all filters are created equal: many of the inexpensive ones can siphon out dirt and low-level contaminants, but they can’t do anything for many of the more dangerous infiltrators, especially viruses. Many bacteria and single-celled organisms also pass through filters, and the filter itself can even become infected with these microbes, passing them on to previously uninfected water.

With plans in place for ever more distant human space missions, NASA has used its resources to help come up with some of the best water-filtering technology available.

In 2000, Florida-based Argonide was working with nanomaterials and discovered its NanoCeram fibers had properties that made them excellent as water filters.

NASA took note and awarded the company two Small Business Innovation Research contracts to develop the technology with the Johnson Space Center: a Phase I contract in 2000 to test whether it could purify water in space and, when that was successful, a Phase II contract in 2002 to build a filter large enough to serve a full space crew (Spinoff 2004, 2009, 2013).

The main benefit to the nanofibers was their unusually strong “bioadhesivity”—meaning particles, including viruses and bacteria, were easily attracted to the fibers. When water passed through a filter woven of the fibers, these particles flocked to the fibers and got stuck there, leaving virus- and bacteria-free water on the other side.

“The NanoCeram fibers produce an electropositive charge when water flows through them. Many impurities carry a slight negative charge and are absorbed by the filter,” explains Tom Smokoff, founder of Water Pure Technologies.

However, the process can be painfully slow, especially when large quantities of water are needed. The woven nanofibers have bigger pores—up to two microns—allowing water to pass through at a much faster rate, while still eliminating better than 99.9 percent of viruses and bacteria, outperforming other filters on the market without using chemicals.

These attributes were what drew Smokoff to the filter when he began designing filtration systems for emergency workers, backpackers, and communities in developing countries, among others.

He contacted Argonide, learned that other companies were licensed to produce the filter for sale, and shopped around to find the best source for NanoCeram filters to his specifications.

Water Pure Technologies, based in Murray, Utah, offers a range of Water ResQ systems: both fixed, whole-house or under-sink products and portable, battery-operated or hand-cranked systems that can be packed up and brought to a water source.

“We’re building these pieces so they can do a lot of water at a very low cost. My whole goal is to bring clean water to humanity at an affordable price,” says Smokoff, who has worked with humanitarian groups on and off for two decades. For instance, Water Pure Technology’s Mobile Water ResQ U.V. units fit in a suitcase, have a small battery that can be recharged with a solar panel, cost around $1,400, and filter 2.9 gallons of water a minute. “We’re outperforming mobile units that are 10 times the cost.”

The systems combine multiple filters in a series. A first-level strainer filters out dirt and large particles, “like a sock filter,” he says. Then, as the water is pulled through the pump, it goes through a coconut-carbon filter to eliminate many other contaminants. Next, it reaches the most expensive—and most sensitive—filter: the nanoceramic filter, which eliminates everything left, including viruses. And after the three-stage filtration process is completed, the water goes through an ultraviolet chamber for added protection.

In areas where water contamination is especially high, Water Pure can add up to two additional stages of filtration. “All of our systems remove lead, chlorine, E. Coli, coliform bacteria, viruses, algae, pharmaceuticals, foul tastes and odors, and many other contaminants,” Smokoff says.

The multiple stages act as a fail-safe, if any of the filters fails. They also protect the NanoCeram filter, so it doesn’t get clogged with dirt or other larger-scale contaminants.

“What we’re trying to do is make that NanoCeram filter last longer, because we’re working with groups in the field that are going to rely on that to remove viruses. And if I can make that filter last four or five times longer, for humanitarian groups that’s a huge plus, because they don’t have to replace that filter nearly as often.”

Water Pure Technologies and its dealer networks have sold to California fire jumper brigades, who parachute into forest fires and need drinking water onsite. They use mobile, hand-operated systems, which are also parachuted into the area. Water Pure Technologies dealers have also sold the Mobile Water ResQ U.V. units under a private label to the military, first responders, and disaster crisis groups. And the Department of Homeland Security has also purchased close to 90 units through their dealer network so far, Smokoff says.

“We’re trying to keep most of it American-made,” he says, noting that, although some parts had to be sourced elsewhere, “70 percent of our raw materials in our products are U.S.-made”—including the NASA-funded NanoCeram filter.

“This was the best one that I found that removes viruses and has a high flow rate,” Smokoff says. “These filters enable us to design and build systems that are able to really make a difference for whole communities.” 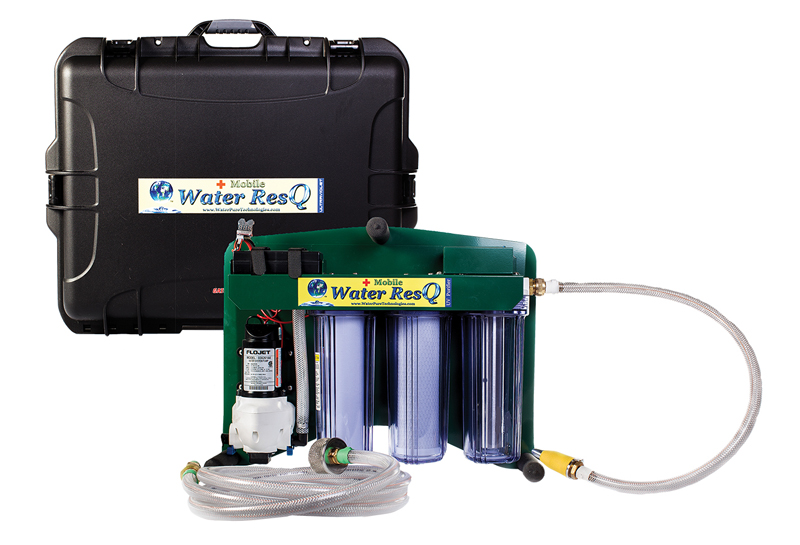 Water Pure Technologies builds multi-level filtration systems in a variety of configurations—installed and portable, battery-operated and hand-cranked. The Water ResQ U.V. system operates with a 12 volt battery and has four stages of filtration, including the NanoCeram filter. It can produce 174 gallons of safe drinking water per hour.