Imagine yourself in the cramped cockpit of the Apollo spacecraft heading to the moon. Look around to see Earth out one window and stars lighting up black space from another. Reach out to the control panel.

This is Apollo 11 VR, a virtual reality experience that enables users to relive the Apollo 11 mission and take some of the first steps on the moon—not the very first, because Neil Armstrong is a few feet ahead, kicking up lunar dust and proclaiming, “That’s one small step for man . . .”

While it’s not exactly a game, if you do find yourself trying Apollo 11 VR, there’s a good chance it’s because you are or know a video game aficionado who has invested in a headset and other equipment designed to get the most out of virtual reality. The company behind the project, Waterford, Ireland-based Immersive VR Education, calls it an “experience” or “a new type of documentary.”

The project required extensive study on the part of developers, according to Immersive VR Education CEO David Whelan. “It was similar to the amount of research that goes into making a documentary,” he says.

And it wouldn’t have been possible without the vast amounts of information NASA posts on publicly accessible websites.

The National Aeronautics and Space Act of 1958, which created NASA, tasked the Space Agency not only with exploring and studying aeronautics and space but also with providing for the “widest practicable and appropriate dissemination of information concerning its activities.”

“That phrase from the Space Act is at the root of what we do in the History Division,” says Stephen Garber, one of two historians in the NASA Headquarters office that maintains the Agency’s historical websites.

Garber coordinates with volunteers to offer information on a variety of large and small projects, but the Apollo mission pages—especially the Lunar Surface Journal—are among the most popular NASA archives online.

Whelan said these repositories provided his company with extremely detailed design plans that illustrated the interiors of the spacecraft, the lander, and the command module. Apollo 16 astronaut Charlie Duke got to experience an early version of the software before its release, and his observations helped the developers improve the accuracy of the control panel for the final release.

“We put him back where he sat in the 1970s, and based on his feedback, we changed a few things,” says Whelan, who believes every switch and dial on the control panel is now exactly accurate.

On NASA’s website, the team found a spectacular photo mosaic of the initial landing site created from many photos taken on earlier Apollo flights stitched together. The Immersive VR Education developers essentially drew their virtual world on top of that image.

“When players look out of the lander, they see every crater and every valley exactly as the astronauts would have seen them back in the day,” says Whelan, who was surprised by how much information was available.

“Everything is cataloged really well,” he says of the Space Agency’s websites. “I would have thought we’d have to contact NASA quite a lot more to get a lot of information that was actually freely available.”

Apollo 11 VR also includes original audio heightened with stirring music that makes the experience feel more momentous. “We find that if you get an emotional reaction from somebody, the experience sticks with them a lot more,” Whelan says.

Immersive VR Education is in the business of creating virtual classrooms. The company’s flagship product, Engage, lets up to 30 people participate in real time in a virtual lecture or meeting from anywhere in the world. Such events can then be posted online for later “experiencing.”

Though popular as a paid app, the program is free for teachers wishing to show it to their students. Enthusiasts can buy it for the Oculus Rift, HTC Vive, and Sony PlayStation virtual reality headsets. It can also be viewed on a regular computer monitor, but much of the impact is lost without the more sophisticated equipment.

In its first year, Apollo 11 VR was purchased more than 40,000 times, and that was before it was available for PlayStation headsets. Immersive VR Education went on to develop an entirely free Mars Rover experience as a demonstration of their Engage platform and hopes to start projects about other Apollo missions, as well as a Space Shuttle series around deploying and then repairing the Hubble Space Telescope.

When NASA publishes images, designs, and information about its missions, it has no way of tracking where they go. Garber, the NASA historian, says he was surprised to learn that Apollo 11 VR was developed with information from websites he oversees, but the point in all those postings is precisely to inform school reports, news articles, curious web surfers, or developers of virtual reality worlds.

“We construe our mission broadly in that we try to cover the panoply of activities that NASA is involved in,” Garber says. “Clearly people are still interested in the Apollo Program almost 50 years after it ended.”

Abstract
So much NASA data is available online that Waterford, Ireland-based Immersive VR Education was able to recreate the first moon landing as a highly realistic and rich virtual reality experience. NASA Headquarters maintains a vast trove of images, design plans, data, and more, with the Lunar Surface Journal among its most popular records. The company’s Apollo 11 VR, an app which lets users experience Apollo 11 from takeoff to the lunar surface and back to Earth reentry, has sold more than 40,000 copies. 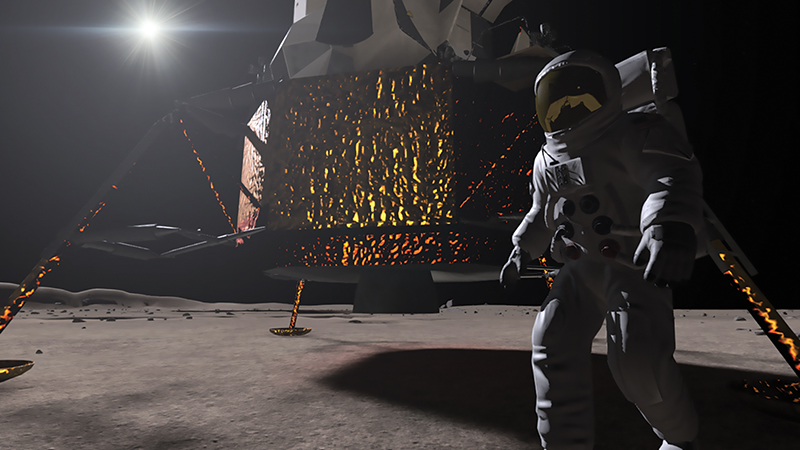 When Neil Armstrong took his first steps on the moon, he made history. Now a virtual reality program uses real NASA imagery and other resources to recreate the experience. 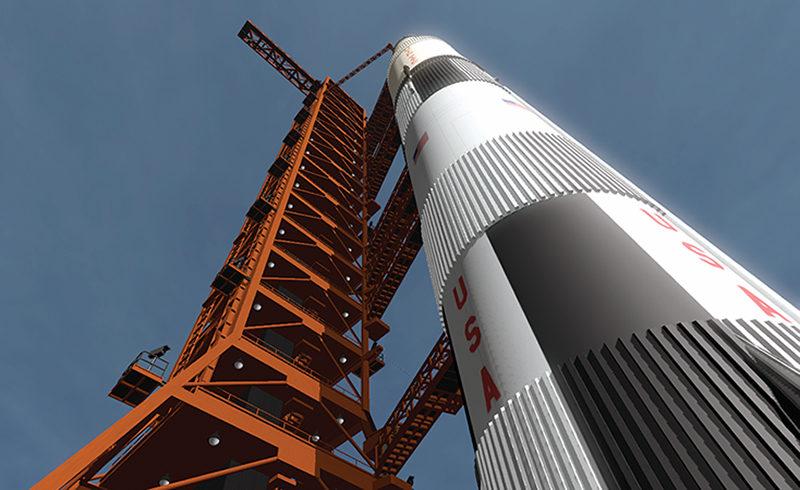 The combination of a virtual reality environment and NASA data and media resources helped the company make its app a larger-than-life experience. It has received widespread critical and popular acclaim, including multiple awards, and has been purchased by more than 40,000 users.

NASA's treasure trove of data and resources is available to the public for scientists and others to use. Immersive VR Education relied heavily on historical documents from Apollo 11 to accurately recreate its virtual experience, such as this diagram of the Apollo capsule’s control panel. 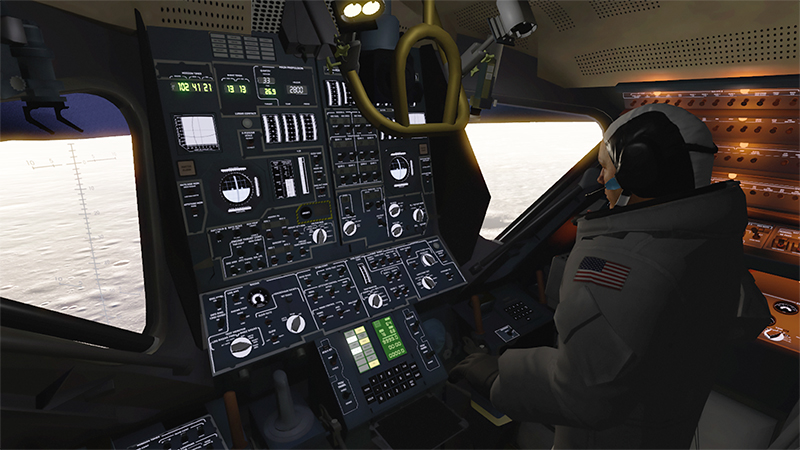 The Apollo 11 VR features scenes that put users in the pilot seat of the command module.

The Apollo 11 VR also features a number of cinematic sequences intended to inspire users with the grandeur and drama of spaceflight.