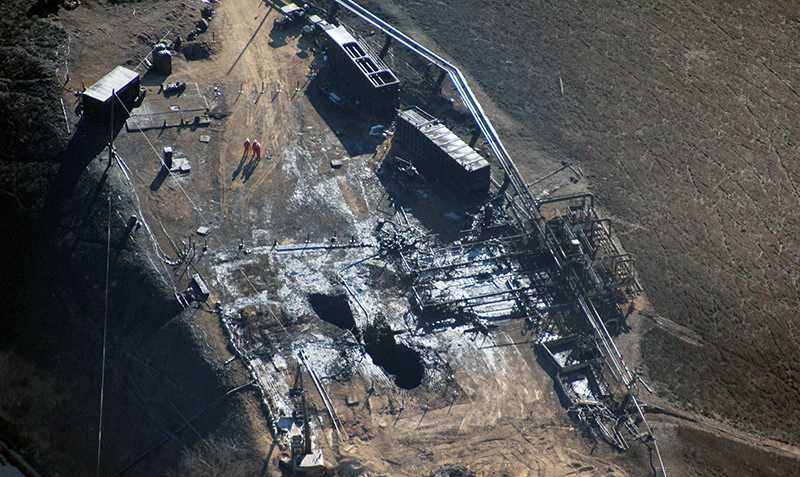 In late 2015 and early 2016, while Southern California Gas workers struggled for months to stop a natural gas leak from a well at Aliso Canyon in Los Angeles, thousands of residents of the neighboring Porter Ranch community—and even two of its schools—were relocated. A device based on a NASA invention, however, allowed thousands more to stay in their homes.

A nearby heating and air conditioning company happened to be a distributor of Aerus Holdings’ ActivePure products and introduced the gas company to the Aerus Air Scrubber Plus, a line of air- and surface-purifying devices. SoCalGas ended up ordering and installing more than 10,000 of the air purifiers in Porter Ranch homes.

“We didn’t have the surge inventory to meet a demand like that,” recalls Joe Urso, CEO of Aerus, which is headquartered in Dallas. “We had to expedite orders, fly stuff in, work overtime.” In the end, though, he says, “It was a tremendous demonstration of the power of our technology. We were able to be their number-one solution and allow people to stay comfortably and safely in their homes.”

Air Scrubber Plus (Spinoff 2015) is a family of devices that are typically installed inventilation systems, but the full line of ActivePure products comprises a broad range of about 60 models. These range from small, portable devices to industrial-sized units and are made for installation anywhere from ceiling tiles to automobiles. They even include laundry applications.

All of these are built on a discovery made in the 1990s at the Wisconsin Center for Space Automation and Robotics, a NASA Research Partnership Center at the University of Wisconsin-Madison. Researchers there, with the help of the Space Product Development Program at Marshall Space Flight Center, were trying to solve a specific problem when they hit upon a broad solution: photocatalytic oxidation.

When ultraviolet light strikes titanium dioxide, it frees electrons that turn oxygen and moisture into highly reactive hydroxyl radicals. These charged particles then oxidize air contaminants such as volatile organic compounds, turning them into carbon dioxide and water.

The university researchers were trying to eliminate ethylene that accumulates around plants growing in spacecraft, but they found that their ethylene “scrubber” also eliminated other airborne organic compounds and neutralized bacteria, viruses, and molds.

In 2009, Aerus—formerly the famed Electrolux vacuum cleaner company—acquired a company called EcoQuest that had a proprietary form of the technology, known as ActivePure. It didn’t just clean the air that passed through the system but sent oxidizers out into the surrounding environment, where they could not only neutralize airborne contaminants and pathogens but also settle on and clean surfaces.

“It creates this blast of hydroxyl kill agents that we blow out into the atmosphere,” as Urso puts it. “No other technology does that.”

Aerus made further enhancements, altering the mix of metals in the photocatalyst and changing the way it interacts with the ultraviolet light to make it more effective.

The oxidizers ActivePure deploys include hydroxyls, hydrogen peroxide, and superoxides, all charged particles that clean air and surfaces but pose no threat to humans or pets. They naturally distribute themselves throughout the air, so the only question is the quantity needed to clean a given space, Urso says, noting that this is why the company offers the technology in different scales and also develops custom solutions for areas of any size.

Several of Aerus Holdings’ subsidiary brands incorporate the technology into their products, including Beyond by Aerus, activTek, Vollara (formerly EcoQuest), and others. “That’s what’s allowed us to have such a big reach and a big impact,” Urso says.

When Aerus acquired them in 2009, ActivePure products had annual sales of about $10 million. By 2016, they were up to about $100 million, accounting for a third of Aerus Holdings’ total sales. They’re sold in 72 countries, and Urso estimates they support about 300 jobs directly and help support another 10,000 jobs through distribution points, of which there are about 1,300 in North America alone.

ActivePure has been validated in numerous third-party case studies. In several tests, Kansas State University and the University of Cincinnati found that an EcoQuest unit dramatically reduced concentrations of airborne aerosol contaminants, neutralized 90 percent of viruses and bacteria within an hour, and wiped out infectious germs and viruses in a matter of hours.

A 2013 study found that ActivePure virtually eliminated bacteria and fungus populations on various surfaces in three hotel rooms. After 30 days of exposure to both ActivePure and numerous hotel guests, no fungus was detected, and colony-forming bacteria counts were down to the single digits, even on surfaces with initial counts in the hundreds or thousands.

Aerus cites other, more anecdotal examples: the end of staph infections after ActivePure devices were installed in one school’s sports facilities following a year that had seen 14 infections, and dramatic reductions in absenteeism and flu-related dismissals at schools that have installed the devices.

After four players in the Texas Rangers Major League Baseball organization contracted methicillin-resistant staphylococcus aureus (MRSA) infections in one year, the team installed ActivePure air purifiers in its stadium’s locker room and gym. A study at the facilities again demonstrated that the purifiers virtually eliminated bacteria and fungus throughout the facility and dramatically reduced air particle counts continuously over the course of a year.

Even the most sterile environments can benefit from the devices. A 2015 study in an operating room at a Dallas hospital showed that after a week of ActivePure exposure, bacteria counts were down by more than 80 percent and air particles by 90 percent. “These places are scrubbed with chlorine and filled with ultraviolet lights and HEPA filters,” Urso says. “They were really shocked when we came in and showed them the kind of impact we could have.”

Cleaner air doesn’t just reduce rates of illness but also helps with allergies and asthma and even improves sleep, he says.

Restaurant kitchens use ActivePure to clean their exhaust fumes. São Paulo, Brazil, is plagued with dense smog, and it’s there that, in 2016, Aerus announced a partnership with Mitsubishi Brazil to mass-produce its first in-automobile air purifier, AutoPure.

ActivePure technology can also clean clothes. Units such as the Aerus Laundry Pro and Vollara LaundryPure can be hooked up to any washing machine to eliminate the need for detergent, bleach, and hot water. “We’ve taken photocatalytic oxidation and created oxidizers that work with water,” Urso says.

The company estimates the devices could save a family up to $460 per year in detergent and electricity while keeping potentially allergenic detergent residue off clothes and phosphates out of the local water. Urso notes that the Texas Rangers, several of whom are sensitive to detergent, are also customers for this product line.

Photocatalytic oxidation may trace its roots to the Space Program—and could one day clean air and water for astronauts on deep-space exploration missions—but so far the technology has made its most important impact in everyday life on Earth.

“It’s exciting to do something that makes a difference,” Urso says. “People’s health is really benefiting from the ultraclean air and surfaces ActivePure creates. There’s just not another product like it.”

Abstract
Under a Marshall Space Flight Center research partnership in the 1990s, scientists at the Wisconsin Center for Space Automation and Robotics discovered photocatalytic oxidation, a process that creates charged hydroxyl radicals that oxidize airborne organic contaminants, turning them into carbon dioxide and water. Dallas-based Aerus Holdings acquired and improved an active form of the technology that emits hydroxyls to purify air and surfaces and has incorporated it into several product lines, even including detergent-free clothes washing. 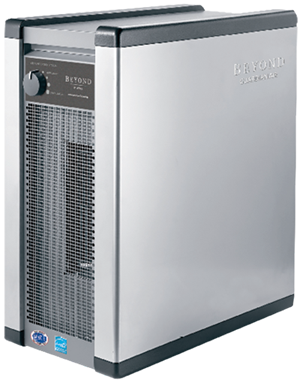 Aerus has adapted its NASA-derived ActivePure technology to a variety of products. The Beyond Guardian Air unit (top) can purify the air in a 2,000 square-foot space at one air change per hour, while the Laundry Pro product line (bottom) makes unlikely use of this air-purification technology with units that hook up to clothes washing machines to eliminate the need for detergent, bleach, and hot water. 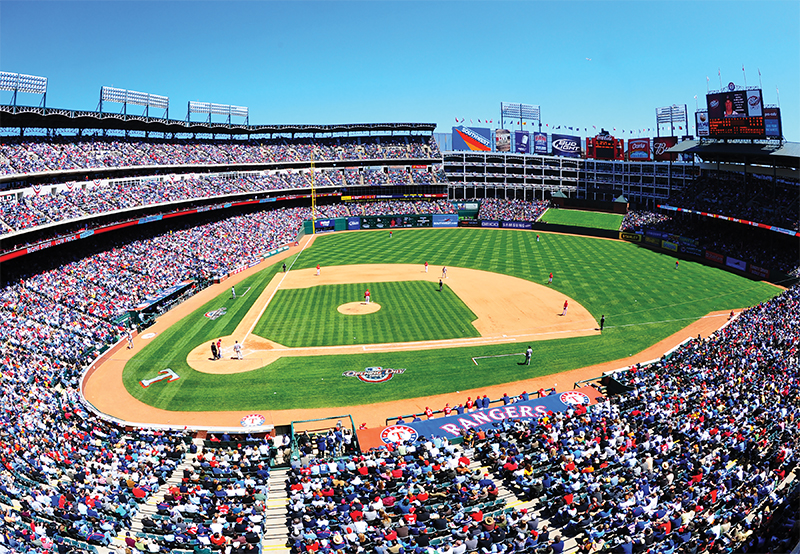 After the Texas Rangers Major League Baseball organization installed ActivePure air purifiers in its locker room and gym, a study found that bacteria and fungus were virtually eliminated and air particle counts were dramatically reduced throughout the facilities. Image courtesy of the U.S. Air Force

During a natural gas leak from this well in Aliso Canyon in late 2015 and early 2016, thousands of residents were relocated from the neighboring Los Angeles neighborhood of Porter Ranch. But thousands more were able to stay in place after Southern California Gas ordered 10,000 Air Scrubber Plus units and distributed them to residents. The devices are based on a more advanced form of an air purifier built for NASA in the 1990s, which breaks down organic contaminants in the air. Image courtesy of Earthworks, CC BY 2.0