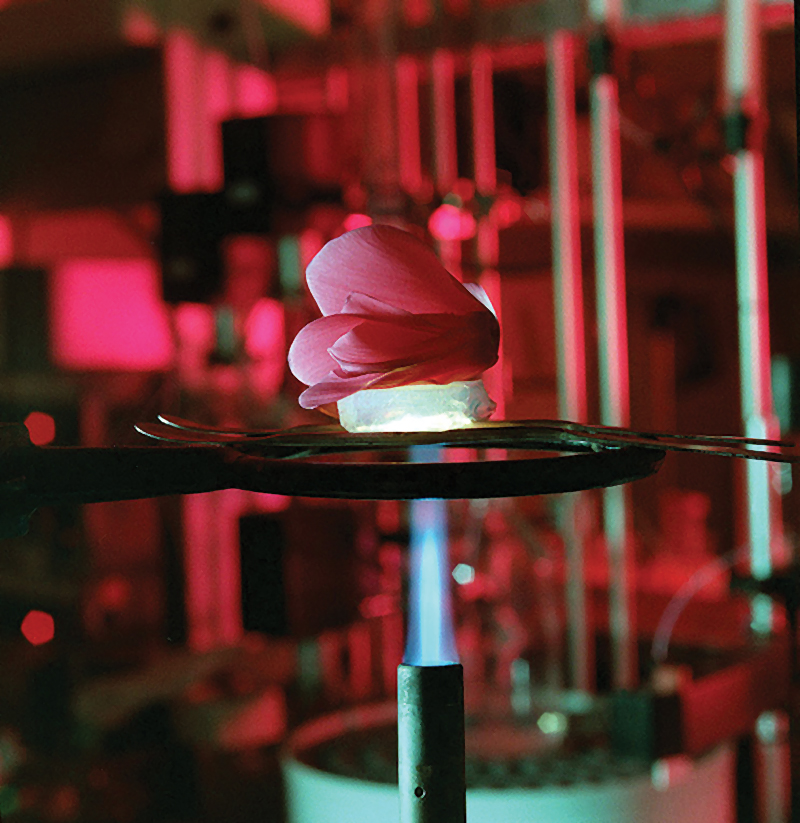 When Michael Markesbery, future cofounder of Oros, climbed the tallest mountain in the Swiss Alps with friends, he was bundled up with so many bulky layers he could barely move his arms.

“I remember thinking, it’s the 21st century, but I still have to wear all this bulk and layers to stay warm?” recalls Markesbery. Actually, he didn’t know it, but something already existed that could make incredibly warm outerwear with far less bulk, and it owes much of its development to NASA.

The material, silica aerogel, was first invented nearly 100 years ago, before the Space Agency was founded. Aerogels are a class of materials that are made by creating a kind of gel and then removing all the liquid through a process known as supercritical drying, leaving a porous solid filled with air.

When made out of silica, or fused quartz, the resulting material has pores less than one-ten thousandth the diameter of a human hair, or just a few nanometers. That nanoporous structure gives silica aerogel the lowest thermal conductivity of any known solid, which means it’s an incredibly good insulator, and because the structure is 95 percent air, it is also extremely lightweight.

The possible applications for the material were obvious, but pure silica aerogel had a pretty major downside. Silica, one of the key ingredients in glass, is brittle: as an aerogel, it would crack under the slightest pressure. So for decades, silica aerogel was hardly ever used.

In 1992, Kennedy Space Center’s James Fesmire, the mechanical engineer responsible for managing cryogenic propellant systems design at the launch pads, had an idea for a flexible aerogel insulator—a composite with the same ability to stop heat as traditional silica aerogel but one which would solve the brittleness problem. He wanted to use it to insulate the equipment that stored and transferred liquid fuel for the Space Shuttle, which needed to be kept at temperatures hundreds of degrees below zero.

The following year, Kennedy awarded a Small Business Innovation Research (SBIR) contract to Aspen Systems Inc. to work on creating that flexible, durable, easy-to-use form of aerogel. The company soon developed aerogel composite blankets that fill the spaces of a fiber web with silica aerogel. Further SBIR contracts and partnerships helped prove the excellent insulating characteristics of the new composite material and improve manufacturing practices to make it cheaper and faster to produce.

Aspen saw that it had a marketable product and spun off a division called Aspen Aerogels Inc. to sell its flexible aerogel commercially. NASA used the material for its cryogenic fuel tanks and pipelines, and elsewhere in other formulations, but the material has also found ain many applications outside the space industry, including building and construction, appliances and refrigeration equipment, and more.

All of this development happened well before Markesbery summited in Switzerland, but he didn’t find out about aerogel until several years later, when he won a scholarship from the Astronaut Scholarship Foundation for his undergraduate research.

As part of the award, Markesbery got to meet NASA personnel, including astronaut Robert Gibson, from whom he finally learned about the material. “I started getting intrigued,” he says, remembering his problem with bulky layers and wondering if this could help him make something better.

The astronaut scholarship also came with another perk that helped Markesbery and his collaborators: $10,000. Confident they had a good idea for a product, “we took the $10,000 from the scholarship and our own money, and dumped it into working with different aerogel manufacturers,” he says.

They ultimately came across Aspen Aerogels, launched a Kickstarter campaign (featuring a video of Gibson), and started selling the brand-new company’s first product: the Lukla jacket, insulated with Aspen’s aerogel blankets. They quickly raised more than $300,000 and sold more than 1,100 jackets, all featuring the aerogel blankets developed with NASA funding.

Oros, based in Cincinnati, Ohio, boasted customers could wear a Lukla jacket “with no layers and be perfectly warm in even the MOST EXTREME temperatures,” thanks to its NASA-tested and approved aerogel insulation.

But the young company wasn’t ready to rest on its laurels. “When we made the original jacket with these aerogel blankets, we learned that they were amazing insulators, and they were good for apparel—but not great,” Markesbery recalled.

They noticed two main issues. First, the silica had a tendency to flake out of the fiber blanket with movement, a problem for a jacket intended for athletes. “Every time you move you’re losing thermal performance you never get back,” he said. The second problem was that the silica aerogel itself tends to suck out moisture on contact, “so if you touch it with your skin or your hand, it would dry out your skin. That meant we had to encapsulate the insulation, like a Ziploc baggie. That cut the breathability down to virtually zero.

“We said this is a really good first step and market validation for aerogel use. But it can still get better. We needed a flexible sheet that maintained its insulation, but that didn’t shed with motion,” Markesbery says.

The company continued its research and ultimately came up with a new, proprietary way to utilize aerogel in a flexible polymer composite, which it says provides more structure and stability than the fiber blanket. It also increases breathability for comfort and reduces the overall weight of the insulation. As a result, the next-generation jacket is at least 40 percent lighter than the original, weighing in at just 2.5 pounds or less.

Oros calls its new, proprietary insulation SolarCore and used it in its products in 2016 and 2017—a product line that has been extended to include gloves, leggings, snow pants, and base-layer shirts. Even the knit hats are insulated with SolarCore, which is knitted into the brim. The company brags the insulation is so warm, it has added zippered vents in the jacket and snow pants in case the wearer overheats—all with just 3 millimeters of insulation.

The company continues its research into aerogel upgrades, with more improvements planned in the next release of products in fall 2018. But the original product line and core and inspiration for development started with aerogel’s NASA roots. As Markesbery says: “If it’s good enough for space, shouldn’t it be good enough for Earth?” 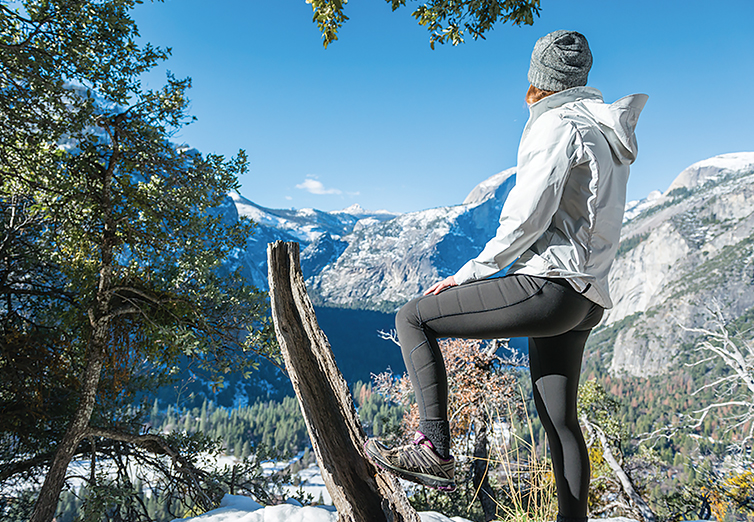 Oros makes extra-lightweight outwear lined with aerogel-infused insulation. NASA helped drive the innovations that made aerogel practical for apparel—in its original form, silica aerogel was extremely brittle, but it can be used in composites that are durable and flexible.

Aerogel is one of the lightest known materials and one of the world’s best insulators. Here a delicate flower is protected from the blue-hot flame by a small chunk of silica aerogel.