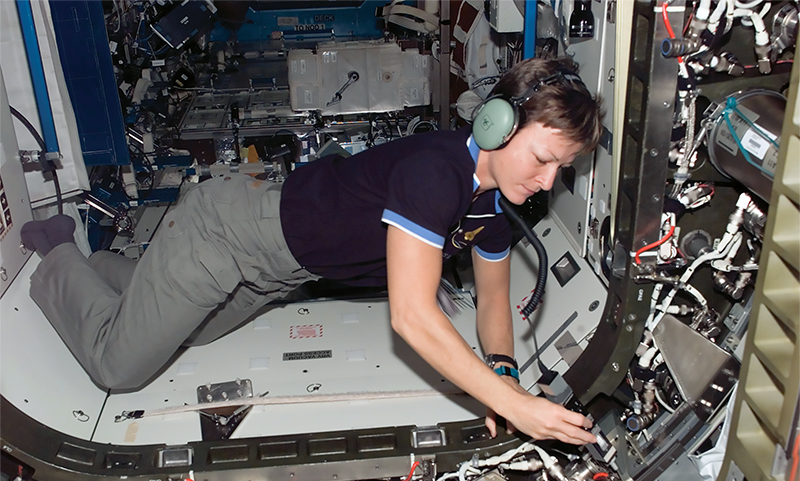 Imagine being stuck in a small space with just a few coworkers for months at a time. Each person’s work is crucial to the success—even the survival—of all. Now imagine one person, or more, starts to feel the stress of confinement. Maybe he or she starts to feel a little depressed. Maybe a couple of people start getting on each other’s nerves.

NASA has done more than imagine it, because during long-duration stays at the International Space Station, as well as future trips to Mars and beyond, these could be very real problems. But here on Earth, there are also many who struggle with mental health problems who may not have ready access to treatment, whether because of the cost or where they live.

The latter was the inspiration for an idea to offer video-based therapy via computer software, explains researcher and licensed clinical psychologist James Cartreine. “I could see there was no way to meet the demand for mental health treatment out there in rural settings,” he says, because not enough clinicians live in the areas that need serving.

There had been earlier attempts to create computer programs to provide mental health treatment, but these were mainly text-based and not very effective. Among other problems, “certain mental health disorders, like depression, can sap your concentration and make it difficult to read,” Cartreine notes.

Also, live therapists are engaged and compassionate listeners, something that was lacking in the text-based programs. Cartreine, who has a background in video production, felt he could offer a much more effective and engaging experience by using video, especially now that technology had advanced so much since the earlier attempts.

Although he initially expected to find funding from the National Institutes of Health or other medical research organizations, he soon discovered another source of funding that surprised him: the National Space Biomedical Research Institute (NSBRI), a Johnson Space Center-funded nonprofit focused on health risks associated with long-duration spaceflight.

At the time, the NSBRI was putting out a call for research focused on giving astronauts increased autonomy in dealing with medical conditions, including mental health issues like depression and interpersonal conflict. Although he hadn’t originally imagined his program for space, he realized, “this is exactly what I’ve been trying to do, create an autonomous mental health treatment for various disorders.”

Applying for funding from the NSBRI, Cartreine envisioned a therapy program called Virtual Space Station, which would provide a system to run modular programs depending on the astronauts’ needs. A first round of funding allowed him to create the architecture and interface, and—following a tour of Johnson to present his work in progress and invite feedback from flight surgeons—Cartreine used a second round of funding to begin creating content.

The first treatment module Cartreine developed was designed for depression, based on an intervention called problem-solving treatment (PST). It was a good starting point, he recalls, because the treatment is brief, often just six sessions; has been shown in trials to be very effective for most people; and—especially helpful for a software-based system—is extremely structured.

“I wanted to provide the same experience you would get if you were receiving treatment from a master clinician and make this treatment available to all astronauts,” says Cartreine. In total, he spent 13 years developing the Virtual Space Station for NASA with grants from the NSBRI. However, he’s quick to add, “my interest all along has truly been in public mental health”: even while working with NASA, it was “with the idea that everything I’m building is very easy to convert into something that can benefit thousands and millions of people.”

So as the second grant was ending, around 2009, he negotiated to transfer the intellectual property to a private company he started. Around that time, he also founded a separate company with fellow psychologist and researcher Claudia Zayfert, focused on using technology to treat post-traumatic stress disorder (PTSD).

A couple of years later, Zayfert explains, she and Cartreine decided to “merge the work we were doing on PTSD with the work he had already done with NASA” into a new company, which they called everMind.

In 2015, the Norwich, Vermont-based company released its first product, a direct translation of the Virtual Space Station module for depression. ePST, for electronic problem-solving treatment, “was the first software cleared by the FDA for depression treatment,” Cartreine notes, and “really provides a third alternative to live therapy or medication.”

While the Virtual Space Station was filmed on sets that make it look like the real space station, ePST was restaged to look like a standard therapist’s office, featuring an expert clinician who talks directly to the camera.

“All the clips are very short, typically a minute or less,” explains Cartreine. “The goal is to have a conversation of sorts, to emulate a therapeutic conversation.”

The treatment starts by asking patients to type in their problems—not the internal struggles, but the tangible life problems caused by, or that they feel unable to fix because of, depression— like a messy house, a broken-down car, or problems getting dressed and out the door every day.

“PST is really appealing to people who want a here-and-now focus and who want to get results and get them quickly,” says Zayfert.

Subsequent sessions ask the patient to pick a small problem and brainstorm steps to improve it, then to evaluate how well the plan worked. Unlike a real therapist, the computer program “doesn’t understand natural language: it’s just reflecting back what you’re typing in,” Cartreine explains. “But it guides you through the process of completing a plan to address a manageable life problem.”

The main advantage over live clinicians is accessibility: cost; logistical barriers, like lack of transportation or childcare; reluctance to seek treatment because of stigma; and the severe shortage of mental health clinicians are major obstacles in the United States, and even more in other countries, Zayfert notes. There have been five clinical research studies so far, showing patient improvement with ePST at a level comparable to therapy from a live clinician, and significantly better than no treatment, Zayfert says.

A desktop version of ePST has been available at Michigan State University health center, and the company is in talks to expand access at other universities and medical systems.

everMind also plans to upgrade in 2018 to a web-based version of ePST that patients can use right on their own devices—but they intend to continue to make it available through clinical settings to ensure oversight from medical health professionals. “There is a lot of potential benefit very broadly, but we also want to do it in a systematic way so we can evaluate the safety as we go,” Zayfert says.

She notes that there has been some reluctance from medical providers to adopt this new avenue of treatment—but the NASA connection helps. “We find that it lends quite a bit of credibility,” she says. “You see people’s ears perk up when you talk about NASA.” 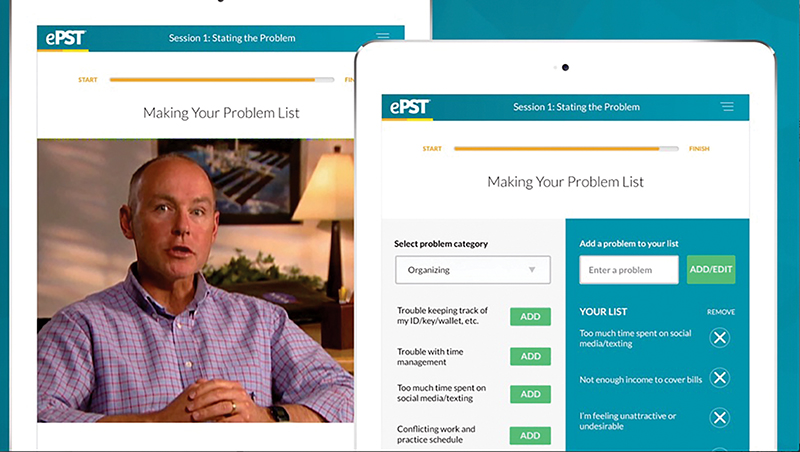 With the psychological challenges of long-duration space missions in mind, the Johnson Space Center-funded National Space Biomedical Research Institute supported an initiative to develop video-based software to help diagnose and treat mental health and interpersonal issues. everMind has adapted the depression module for the ground, aiming to greatly expand access to evidence-based treatment.

In April 2017, astronaut Peggy Whitson broke a record, becoming the American who has spent the most cumulative days in space. “Working aboard the space station for long duration is definitely a challenge,” she wrote in a Tumblr post a few weeks later, adding that “psychological and emotional support is extremely important in space.”