It wasn’t Walt Silva’s job to invent a technique to dramatically speed up computational modeling of aircraft. But the NASA researcher did it anyway.

Over the last couple of decades, computational fluid dynamics (CFD)—computer software that models how an aircraft will perform while it’s flying, a sort of virtual wind tunnel—has become increasingly important in how engineers design and test new aircraft. But even supercomputers sometimes need weeks to solve these incredibly demanding and complex scenarios.

“You need a very big grid to capture everything happening on the wing, as well as around the wing, let’s say a million grid points through the field. That’s many millions of equations you’re solving,” Silva explains.

And that’s not even getting into the complexities of aeroelasticity, which is the field Silva specializes in at Langley Research Center. Aeroelasticity is the interaction between aerodynamics, or how the air moves, and the structure, because although most aerodynamics calculations assume a rigid vehicle, as he puts it, “everything bends.”

Discovering flutter means engineers must either go back to the drawing board or specify the conditions under which it is safe to fly the vehicle.

A full analysis of aeroelasticity requires running the equations again and again under different flight conditions. “Let’s say we’re flying at 100-feet-per-second velocity. We do this analysis, which could take a week, and find out at a velocity of 100 the vehicle is stable.” Then the engineers rerun the simulation, this time with a velocity of 200 feet per second. “That takes another week. Then we find out at 200, the oscillations are growing.”

In this scenario, “we just spent two weeks trying to find out at what velocity we get this flutter instability. And even then, you’re not getting a full picture, just stable or unstable,” Silva says.

He figured there had to be a way to speed things up. He was right—and the key insight turned out to come from his experience that had nothing to do with computational fluid dynamics. “If I had been working in CFD from day one, I don’t know that I would have thought of this.”

Silva first had the idea for how to simplify flutter modeling some 20 years ago. But between one thing and another—and his actual day job—he didn’t make much progress for a few years. He also had to push back against those who said his solution would never work. “That’s the nature of the beast with innovation—until you have all the details sorted, and then you just show that it works,” he says.

It finally started coming together in the early 2000s, culminating in a patent Silva applied for in 2008—“when it became clear I had something drastically new,” he says—and was granted in 2011. Three years later, Silva’s work was awarded an honorable mention for NASA’s Invention of the Year, and Silva himself was honored with a Space Act Award from NASA.

The Space Agency has made good use of Silva’s innovative technique, including previous aeroelastic analyses of the since-cancelled Ares Crew Launch Vehicles and, more recently, of a supersonic low-boom configuration, “as a rapid way to assess the structural safety of the vehicle.”

And now, two decades after its inception, the product is starting to spread beyond NASA into the commercial sector, provided to big companies like Boeing and smaller ones like Huntsville, Alabama-based CFD Research Corporation (CFDRC).

So how does it work? The software creates a simplified version of the structure using a mathematical tool called system identification, which is typically used for things like structural or flight dynamics.

“When I apply system identification, I get a specific type of info that allows me to create a simplified model of the aerodynamics,” Silva explains. Instead of a million grid points, it’s on the order of 100 or fewer. That process could take hours, but it makes the rest of the work go much more quickly.

“Now I put that on my laptop—I don’t need a supercomputer—and change the velocity to 100, it runs in seconds,” he says. “Then 200, and I see flutter. What was taking me two weeks is now taking a day or two.”

He calls it a Reduced Order Model (ROM). It doesn’t give you 100 percent of the information you’d get from running the full CFD models, he says, but “it allows you to capture 90 percent of the essence of the behavior,” and to pinpoint the specific areas that need further investigation.

“If I’ve got to do 20 solutions, maybe 15 are trivial. Then I can focus my resources on the ones that are most challenging,” Silva says.

CFDRC first began using the Reduced Order Modeling software package on a project it was doing with NASA’s Armstrong Flight Research Center on the X-56A MUTT, which stands for multi-use technology test bed.

“For fuel efficiency, we want to develop vehicles with a very large wing span,” explains Yi Wang, director of advanced technologies at CFDRC. These long wings are built out of lightweight composite materials and are very flexible, which means flutter is a big issue.

“The ROM software was a huge help,” Wang says. “It can take days and weeks for analyses, but with the tool Silva provided, once the ROM is generated, we can predict the flutter within minutes.”

CFDRC is also using the software for work under a Small Business Innovation Research contract with the U.S. Air Force as part of the Digital Twin program, which aims to create a computer model of aerospace vehicles that will virtually run the same missions as the real ones.

Because the models will predict forces and loads experienced by the vehicles, the Air Force can schedule maintenance based on the actual wear and tear of the specific maneuvers and flights the aircraft has undergone, instead of doing preventive maintenance on a fixed schedule. That could reduce maintenance costs across the fleet and increase safety by pinpointing which vehicles need repairs.

But the company has bigger plans for the ROM software: Wang says it is working on taking the same technique and expanding it beyond analyses of just one given speed and altitude to include the many conditions experienced during an entire flight regime. “When Walt came up with this software, he built a strong foundation for further development,” Wang says, something his group at CFDRC is pursuing as part of ongoing and future research.

Silva says this is exactly what he anticipated when he released the software.

“Flutter is where it started. But by the nature of the method and the process, it looks like it will find other applications.” 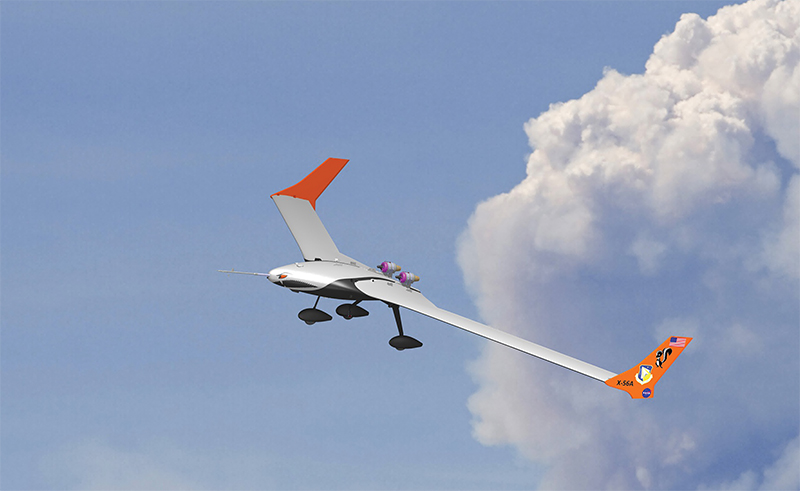