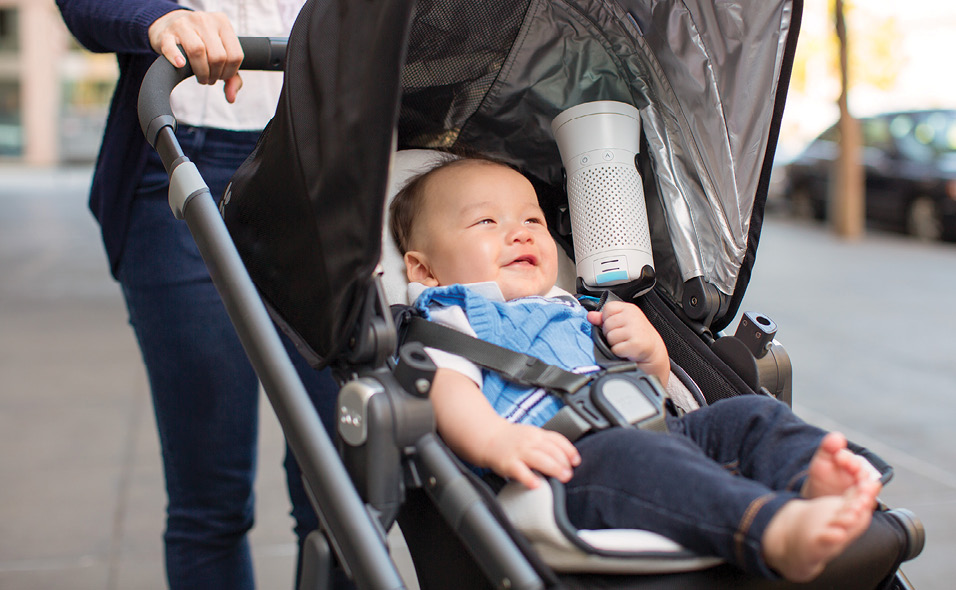 The founders of Wynd, a start-up that makes personal air purifiers, didn’t particularly have space exploration on the brain when they built their prototype. But the experience the engineers had calibrating sensors for launch pads and designing turbines for rockets proved crucial when designing their smart, portable device that not only cleans the air you breathe but also tells you just what was in the air in the first place.

The idea was sparked when Jason You planned to take his toddler daughter to China to visit family and worried about the effect of infamous air pollution there on her sensitive lungs.

Most air purifiers are designed to work inside aor a building. But You wanted something he could take on a walk or in the car. He looked around but didn’t find anything that did what he wanted, so he decided to rig something up himself.

“We brought it to China and a lot of my daughter’s aunts and uncles loved it for their kids. We ended up making some prototypes for them,” You says. But his relatives questioned whether the device actually cleaned the air as well as he said, so You hooked up some external sensors to prove the air was getting clean.

“That gave us the idea to put a sensor in the device itself,” he says, “but I couldn’t find anything small enough.” So once again, he decided to build something new.

You had spent several years working for a company that built sensors and installed them around the launch pad at Kennedy Space Center to ensure the air quality remained safe after a rocket firing. “I was part of the team that checked the sensors to make sure they detect everything appropriately,” You explains, including things like carbon dioxide and volatile organic compounds.

That experience was directly relevant when he began building a tiny air quality sensor for Wynd. “The Wynd sensor is a particulate matter sensor, but a lot of the physics and understanding of how things work derived from that NASA work,” he recalls.

Moreover, he knew the pitfalls that could make a sensor less accurate, which he says saved him a great deal of time. Based on the experience at Kennedy, for example, he knew the sensors “would be sensitive to temperature and humidity and a slew of other things,” so he could plan for it ahead of time instead of being surprised in later testing. “It allowed me to create a more robust system,” he emphasizes.

You wasn’t the only one at Wynd with NASA experience—Eric Munoz, the hardware engineer who designed the system that moves air through the filter and directs the clean flow back to the user, had built up his fluid mechanics expertise on rocket engines.

“The whole thing was designed around airflow,” You says, and “the experience at NASA helped him understand how air flows and how to maximize that.”

That’s not a surprise, says Ralph Coates, a propulsion systems engineer at Marshall Space Flight Center with more than 30 years of experience at NASA and elsewhere. The basic idea of rockets is that they convert chemical energy, or the energy stored in molecular bonds, into kinetic energy, or movement—and some of the components that help direct that energy are turbines and pumps.

These simple machines, which extract energy from a fluid or add energy to it, are used in any number of systems, from windmills to car engines to rockets, and while the specific details—size, material, configuration—may vary, the same rules of physics apply.

There’s a lot more to it, of course, but Coates says the experience designing for liftoff would transfer easily into many other fields. “One of the things we’re always pushing for on rocket engines is that you want to keep things as light and as small yet as simple and efficient as you can. And those don’t always go together very well. You can make something light and fast, but maybe then it’s too delicate. Now it’s not quite as reliable as it was. So you have to beef it back up so it’ll last a long time,” he explains. “Learning to balance these important and often conflicting areas of emphasis is a tough but very useful training ground.”

After You came back from China, he teamed up with fellow Wynd founder and CEO Ray Wu to develop a product that was ready to sell.

They built a portable device, about the size of a water bottle, that was rechargeable and, because of the smart sensors You designed, is able to conserve energy when the air quality is good and then ramp up the purifier when the air gets worse.

You says that the device is incredibly powerful for its size. “It can clean nine cubic feet of air per second, which for that size is way ahead of anything that’s out there,” he says, tying that efficiency directly to his colleague’s experience in rocket engines.

The Redwood City, California-based company launched an Indiegogo funding campaign in 2016 and immediately raised over $600,000, more than 12 times its initial funding goal. The company now sells the air purifier and air quality sensor online, either separately or packaged together, as well as replacement filters and a special holder designed to clamp the air purifier to a stroller frame.

He says the customer base falls generally into three categories: people with kids, people who are particularly health conscious, and people with allergies. Because it streams clean air directly at the user, the Wynd device can be particularly effective at alleviating allergy symptoms and reducing pollution, and because the filter contains a silver liner that kills germs when oxidized, it can even help protect the user from getting sick during flu season or when other airborne illnesses are spreading.

The company is also launching a crowd-sourced global map of air quality, using data from the sensors in each device, with information displayed on the company’s free app. “Right now, there are air quality stations all around the world. But particulate pollution is very localized, so you can’t really get a good sense of pollution based on a sensor that’s several miles away,” You notes. Plus, those stations post a 24-hour average, but “air quality changes a lot faster than that.

“With our sensors that are out there, you can see data instantaneously. You can see what the air quality is actually doing,” he says.

That could mean better forecasting as well as real-time info on whether it’s safe to go to a certain park or what’s a good hotel to stay in. With pollution and air quality issues among the top health issues around the world, the Wynd team says it hopes to make an impact with its technology and products, and, You adds, is very thankful for the Space Program that helped pave the way to many of its innovations.

Abstract
The founders of Wynd didn’t particularly have space exploration on the brain when they built their personal air purifiers. But experience calibrating sensors for launch pads at Kennedy Space Center and designing turbines for rockets at Marshall Space Flight Center proved crucial when designing the smart, portable device. Now the Redwood City, California-based company sells a device that is extremely powerful and efficient, but lightweight and small, and which comes with an instant air quality sensor. 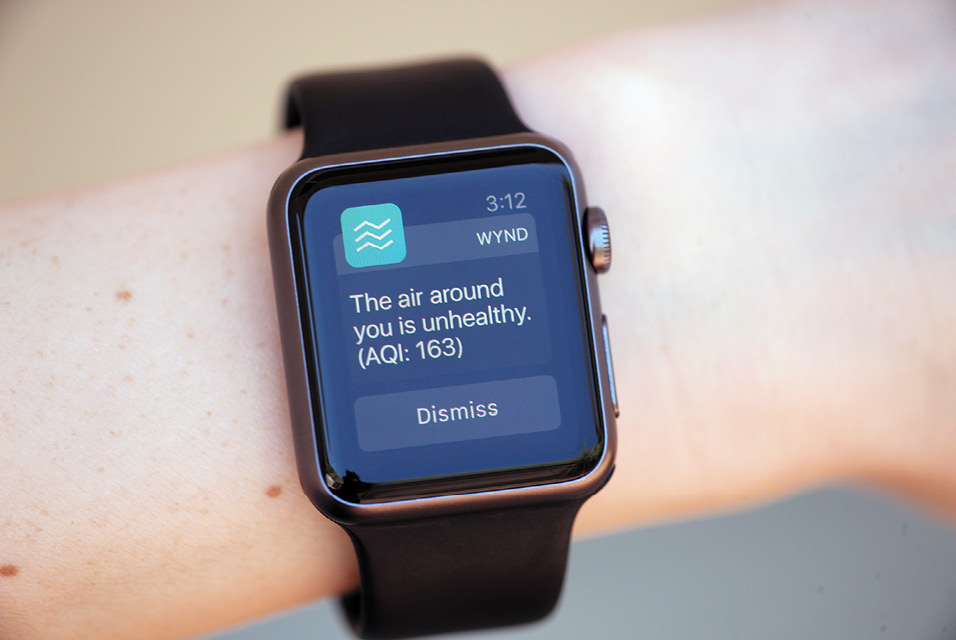 The company also makes a removable sensor that monitors air quality in real time—and can send anonymized updates to a world map so users can check conditions where they need to go.

After building expertise in sensor design and turbopumps for NASA, engineers teamed up at start-up Wynd to build a small, portable air purifier that can be toted in a cup holder or placed on a desk or nightstand to reduce air pollution, allergens, and even viruses.