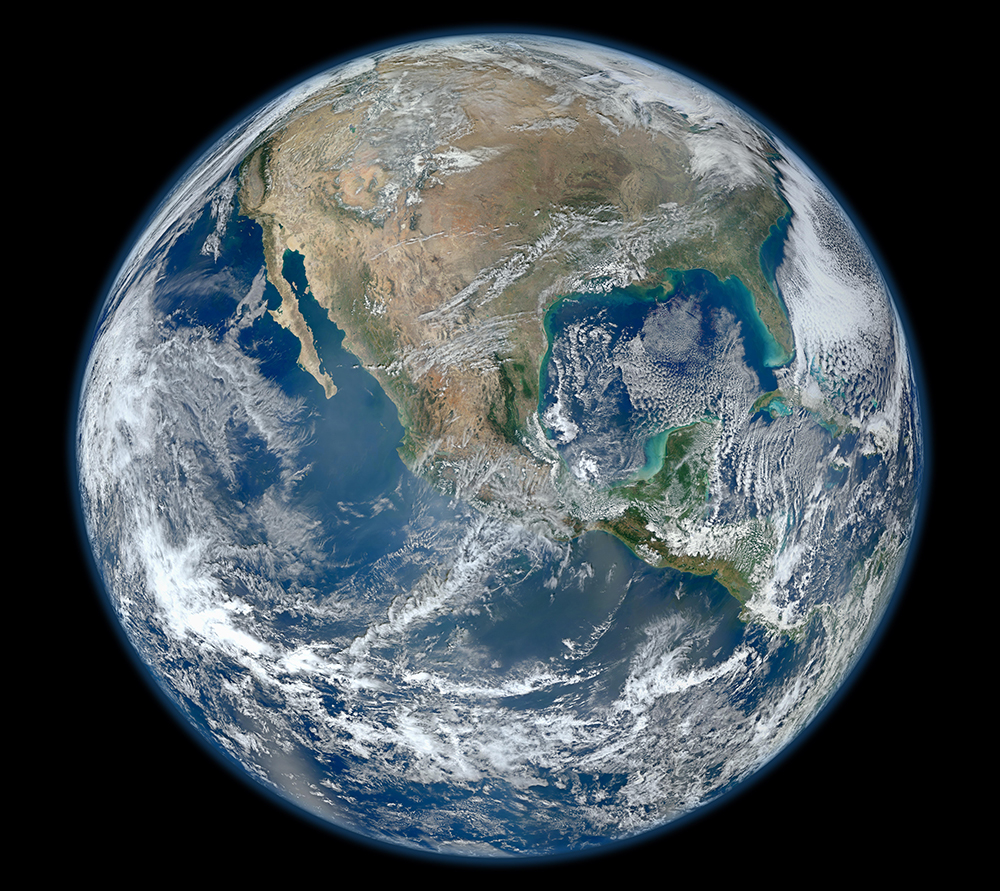 Try to name sources of air pollution. Most likely your first thoughts would be things like exhaust from burning coal or driving a car. But, perhaps counterintuitively, the air indoors is as much as 30 times more toxic than the air outside.

One solution, borne out by NASA research, is to bring some of the outside in: plants and associated microorganisms in the soil around them are “nature’s life-support system,” notes a study published by Stennis Space Center in 1989.

So get some houseplants—that’s easy. But the study, led by B.C. Wolverton, head of Stennis’ Environmental Research Lab, was interested in how to maximize the air-scrubbing ability of those plants. After all, space habitats present the toughest possible challenge for ensuring safe, breathable air, since they’re entirely closed systems in an airless vacuum. There’s no chance to get some fresher air by opening a window, and even if engineers were able to build a habitat free from any of the toxins and chemical pollutants we find on Earth, “man’s own waste products would cause indoor air pollution problems,” notes Wolverton.

Wolverton screened a dozen common houseplants from the gerbera daisy to the bamboo palm, and tested their ability to remove a variety of household toxins, like formaldehyde, from a sealed chamber. The goal was to find which plants did the best job with different pollutants.

But perhaps the most important finding, and one that surprised the researchers, was just how, and what part of, the plant was doing the bulk of the filtering: the roots and soil. As part of the experiment, the researchers removed all the leaves and learned that the air-purifying effect was only a tiny bit less than before.

Wolverton and his team used the results to create a design for a plant pot with an activated carbon filter to maximize its air-purifying abilities, based in part on wastewater treatment studies.

The design also incorporated an electric fan beneath the pot to draw in more air and direct it into the soil, where the carbon and roots could do their filtering: “smoke, organic chemicals, pathogenic microorganisms (if present), and possibly radon are absorbed by the carbon filter,” the

“Plant roots and their associated microorganisms then destroy the pathogenic viruses, bacteria, and the organic chemicals, eventually converting all these air pollutants into new plant tissue,” it continues.

With the results of the study in the public domain, other researchers and engineers over the years have been able to use and adapt them to their own products.

One group to do just that was Hamburg, Germany-based AIRY GreenTech, which was interested in creating a stand-alone system that relied exclusively on the plant, soil, and related microorganisms to do the air filtering, with no need for a carbon filter or a fan.

“There are a lot of articles describing the air-purifying plants used by NASA,” explains founder and managing director Peer-Arne Bottcher; anyone can use those plants in their home. He and his team wanted to capitalize on the second finding, that the most effective part of filtering was happening around the roots. “What we’re doing with our part, our AIRY box, is to scale up the efficiency of the air-purifying plants even further by ventilating the root system.”

It took a lot of engineering, he says, to solve problems like how to water a plant in a pot with ventilation all around the base without all the water pouring out. “We have three patents on our system internationally,” Bottcher says. However, at its core, the design is “all based on the facts and the tests done by Dr. Wolverton and his team.”

The pot is deceptively simple, Bottcher says, but extremely effective.

First, vents around the pot draw air in, and that air gets basic filtration simply by passing through the soil.

The plant itself acts as the “second step,” he says. As Wolverton proved in his research, the plant and the microorganisms that thrive in the soil around its roots extract organic compounds from the air and turn them into nutrients for the plants. “That’s the most exciting part, that’s the reason why humans are able to live on this planet, because plants have purified the air. And we are using this ability of the plant in our pots.”

Different plants are better than others at removing particular pollutants, Bottcher says, and Wolverton’s study results included a list of which plants were best in different circumstances. However, he notes, “the plant is quite flexible in which pollutants are transformed into nutrients,” and it can actually detect the pollutants in a given space and adapt to some extent to make better use of those pollutants.

“The plant needs about two weeks to detect the pollutants and to build the different enzymes to metabolize them,” he says. In the meantime, the plant is also helping improve indoor air quality by humidifying the air, because plants release water vapor as part of photosynthesis and respiration.

And while the goal of the AIRY plant pot was to increase the air-filtration abilities, there is a side benefit for the plant: increased airflow around the roots helps the plant grow better. Add in the special water reservoir that ensures the plant gets as much water as it needs it without spilling through the ventilation holes, and, well, “you don’t need a green thumb,” says Bottcher. “The AIRY system takes care of your plant for you.”

The company claims its system can neutralize nearly 100 percent of the most dangerous environmental toxins in a room in only 24 hours—though it notes that pollutants continue to evaporate all the while, so the air would never be completely toxin-free.

In the United States, the pots are available for sale through Amazon.com, and the company is looking for additional sales channels. Meanwhile, the products are also available in some 50 countries around the world, with partners in Asia, Europe, the Middle East, and Latin America. One distribution company in Chile and Brazil, for example, sells to schools and government facilities.

AIRY also sells directly to multinational companies like United Kingdom-based Ernest and Young, a tax and law firm that has installed plant pots in its offices around the world. “They’re loving it, because it’s very good for the health of the employees,” says Bottcher.

Abstract
In the 1980s, Stennis Space Center researcher W.C. Wolverton studied how to maximize the air-scrubbing potential of houseplants. He found that, perhaps counter-intuitively, plant roots and associated microorganisms in the soil did the bulk of the work, not plant leaves. AIRY GreenTech, a Hamburg, Germany-based company has designed plant pots based on this research, maximizing airflow through the soil and roots to increase air filtering and improve plant health. The products are available in some 50 countries around the world.

To create its plant pot, AIRY GreenTech used NASA’s findings on the importance of roots and microorganisms around them in the soil for the plant’s ability to extract toxins from the air. The design allows maximum airflow through the soil and around the roots, which increases the air-purifying capacity, while also helping the plant thrive. 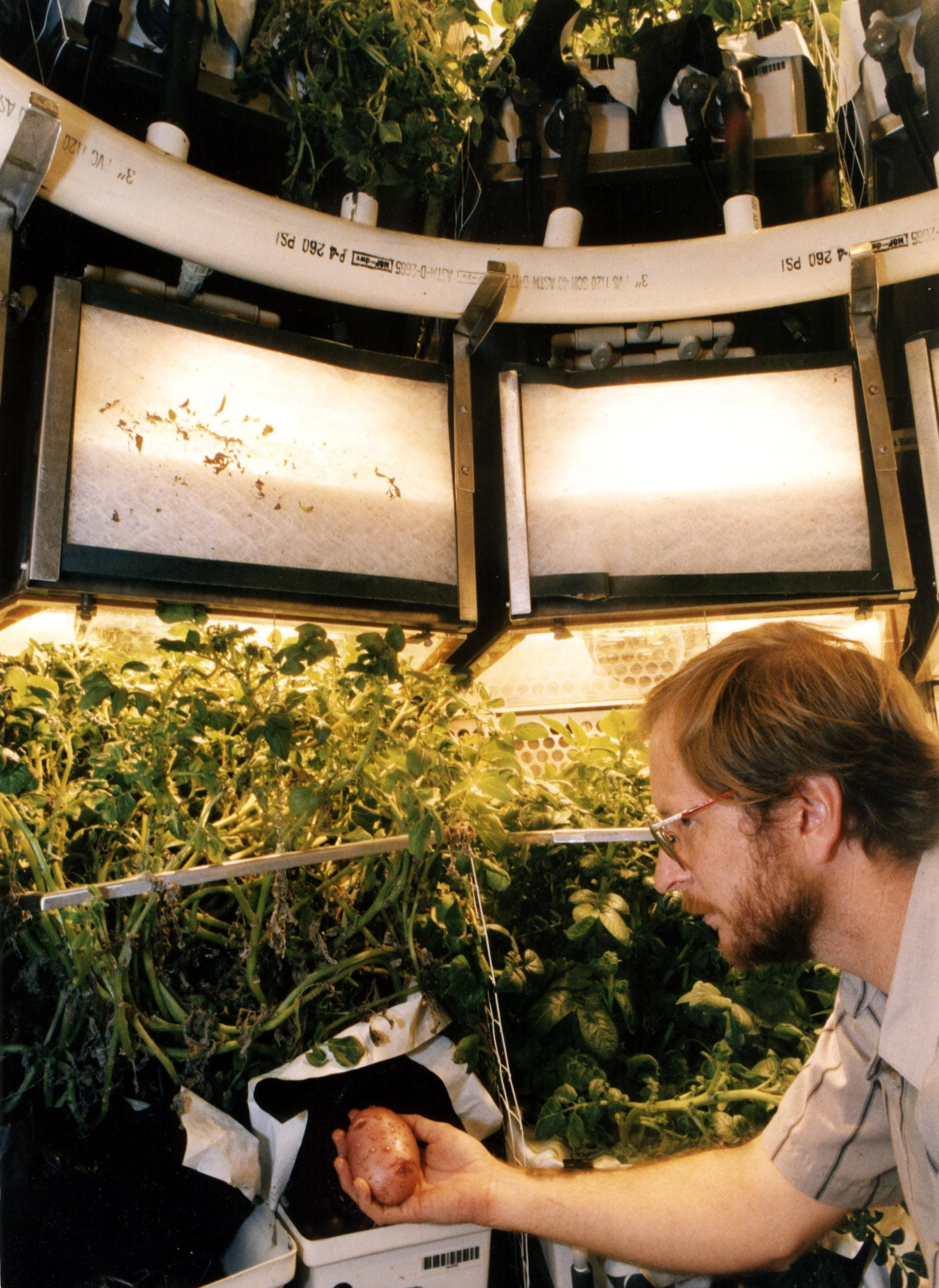 Plants not only take in carbon dioxide and return oxygen, but they are exceptionally good at capturing harmful toxins from the air. NASA research has delved into how plants do this, and how to potentially use plants to provide clean air on long-duration space missions.

We sometimes call Earth the “blue planet,” but the green is equally key to supporting life.