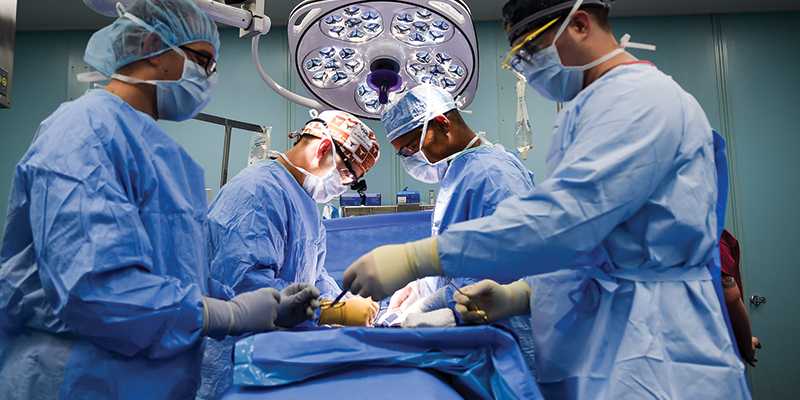 A material that a NASA scientist stumbled on in the early 1990s has now helped to keep hundreds of thousands of patients’ hearts beating properly all over the world.

Since 2009, medical technology giant Medtronic has been using the substance now known as LaRC-SI (Langley Research Center-Soluble Imide) to get a relatively new type of pacemaker implanted into more patients more easily (Spinoff 2008). Medtronic’s entire line of left ventricular leads—some of the trickiest cardiac devices to implant—now relies on LaRC-SI. As a result, many patients who might otherwise have continued to suffer symptoms of congestive heart failure were able to be treated.

This success was anything but inevitable.

It began at an unlikely starting point: a program to develop an aircraft to carry 300 or more passengers on nonstop flights between Los Angeles and Tokyo at more than twice the speed of sound.

“To build this plane, we decided to do a lot of screening on polymers based on a lot of feedstocks, and we came on an unexpected formula,” says Robert Bryant, the Langley researcher who would eventually shepherd LaRC-SI into the commercial realm. At the time, he was looking for materials for advanced composites and adhesives.

He hit on a combination of ingredients that produced a polyimide—a class of highly durable materials that make great electrical insulators, among other properties—that behaved unusually. It remained soluble when it shouldn’t have and, unlike most polyimides, could be melted even after it was insoluble. It resulted in useful products with different properties at all of the three steps in the polymerization process. These could be applied to a substrate in any number of ways.

“I thought there were a lot of applications besides high-speed aeronautics,” Bryant says, so he helped Langley patent the formula and process.

Sources for the raw materials in LaRC-SI and a number of other high-performance polymers were moving overseas at the time, which presented another challenge, as Federal labs can’t buy directly from foreign companies. Bryant convinced a relatively small materials company called Imitec to obtain the ingredients and manufacture LaRC-SI with NASA as a customer, in hopes that more buyers would follow. He facilitated a series of Small Business Innovation Research (SBIR) contracts, through which the company built up the know-how and capability to manufacture the material.

This allowed Bryant to continue researching LaRC-SI at Langley, though he had to leave the High-Speed Research Group to do so. The SBIR contracts resulted in some demonstration resin, powder, and mechanical parts he could take on the road to show to companies. He also worked to publicize it through articles and papers. The R&D 100 award it won in 1995 helped.

“I had no idea what would be the first hit on this particular product. I just knew I had to get it out into the marketplace,” Bryant recalls.

In the end, he helped create the first hit—the Thin Layer Unimorph Driver (THUNDER), a piezoelectric wafer that changes its shape when an electric charge is applied and releases an electrical charge when deformed (Spinoff 1999). The simple device can be used as a mechanical actuator, a sensor, or a power source and was soon produced by the thousands and incorporated into various commercial devices, including the Lightning Switch, a remote power switch that required no energy source (Spinoff 2005). LaRC-SI is the hot-melt adhesive that holds the wafer’s layers together.

In 2004, Minneapolis-based Medtronic got a license from Langley to commercialize LaRC-SI, which it purchases from Imitec. Bryant was unaware of the transaction at the time, but Medtronic eventually brought him on as a consultant, a role he still fills. He and the company spent years developing a process to use the material as a coating and electric insulator for the thinnest left ventricular leads available, key components of Medtronic’s cardiac resynchronization therapy systems.

In addition to adapting the material to standard manufacturing processes, the company undertook long and rigorous testing, Bryant says.

The technology began clinical trials in 2007 and received FDA approval in 2009.

Traditional pacemakers address a slow heartbeat by delivering a tiny electrical charge to the heart’s right atrium and right ventricle. It’s estimated, however, that about 40 percent of patients with congestive heart failure or cardiomyopathy—enlarged, thick, or rigid heart tissue—lack coordination between the left and right ventricles, which are supposed to contract simultaneously. This significantly reduces pumping efficiency and isn’t addressed by a regular pacemaker.

Cardiac resynchronization therapy addresses this problem by running a third electrical lead to the left ventricle. It’s a challenging procedure, because the lead has to be threaded through a vein that’s often convoluted in a small space.

Medtronic was an early pioneer of cardiac resynchronization therapy devices and left ventricular leads, and LaRC-SI was first used in its over-the-wire models, in which a guide wire is first inserted into the vein to help deliver the lead. The technique is standard today and has improved implant success rates, but it was cutting-edge at the time.

“Some patients have tortuous anatomies, making it difficult to get the lead into the right spot,” says Dr. David Steinhaus, vice president and general manager of the Heart Failure business at Medtronic. “The LaRC-SI material allows the lead design to be very small and simple, yet highly flexible and reliable for navigating the left heart.” He notes that the material allows the leads to use a flexible coil for multiple circuits, rather than a cable that can be susceptible to fractures or insulation breaches.

As a result, the company’s left ventricular leads are some of the safest on the market.

Steinhaus also emphasizes the ease with which LaRC-SI is processed and applied, compared with other polyimides that can require multiple steps, harsh chemicals, and high temperatures. “This polymer can be applied and cured in one process step at temperatures amenable to multiple substrates,” he says. “Once the material is cured, it is very durable, stable, and chemically resistant.”

Medtronic hasn’t yet used LaRC-SI beyond its left ventricular leads, which now comprise several models that have been implanted in hundreds of thousands of patients, with the most recent line released in 2014, but that doesn’t mean they won’t. Steinhaus says the company’s engineers “continually evaluate different applications and processes for this polymer.”

“I’ve always thought this was a good case study for the commercialization of an expensive but highly useful technology,” Bryant says. “People are always under the impression that if you build a better mouse trap, people will run to your door. This is a fallacy that even people who should know better tend to believe.” Instead, he says, the tale of LaRC-SI’s long journey from a NASA aeronautics laboratory to the operating room is one of persistence, building relationships, and a little luck.

He concedes that NASA’s brand recognition didn’t hurt either: “If I had developed it in my garage, there’s a distinct possibility that it wouldn’t see the light of day. Working for the Space Agency certainly helped.”

Abstract
A material that a Langley Research Center scientist stumbled on in the early 1990s has helped to keep hundreds of thousands of patients’ hearts beating properly all over the world. Since 2009, medical technology giant Medtronic, based in Minneapolis, has been using the substance now known as LaRC-SI to get a relatively new type of pacemaker implanted into more patients more easily. As a result, many patients who might otherwise have continued to suffer symptoms of congestive heart failure were able to be treated. 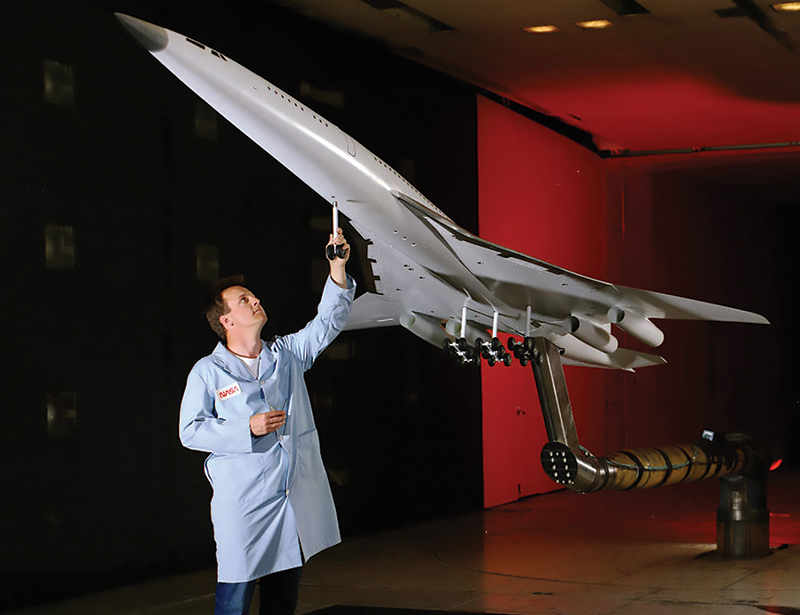 NASA’s High-Speed Research Program of the 1990s, which yielded this model but no actual aircraft, was an unusual starting point for a unique polymer that’s now used in a line of some of the safest cardiac resynchronization therapy devices on the market. 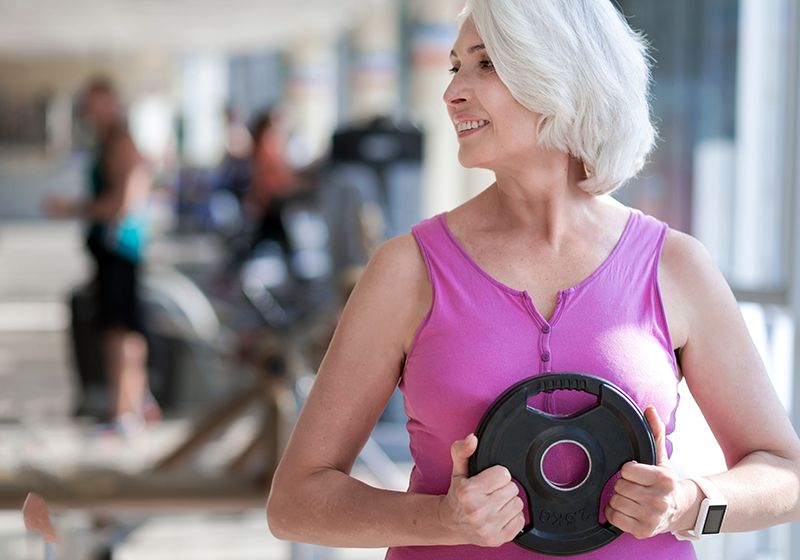 Left ventricular leads, used to coordinate the pumping of the heart’s ventricles, are notoriously difficult to implant because they have to be threaded through a convoluted vein in a small space. The LaRC-SI polymer Medtronic licensed from Langley Research Center allows the company to make leads that are small and simple while highly flexible and reliable, making them easier to implant and improving patient safety. Image courtesy of the U.S. Navy