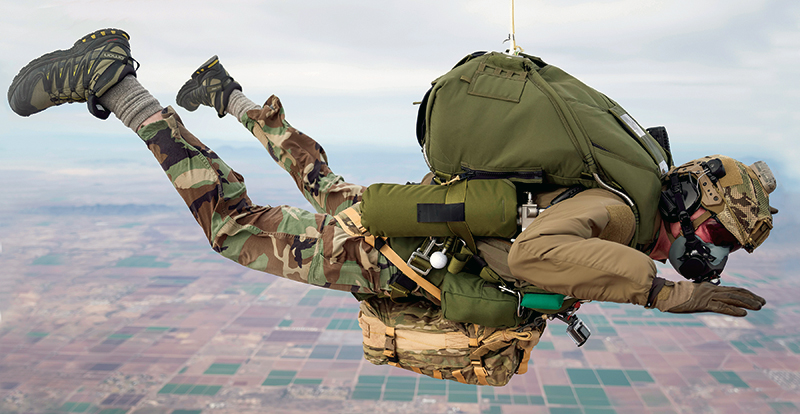 In 1962, John Glenn hurtled around Earth at speeds that exceeded 17,000 mph, managing three orbits before splashing down in the Atlantic Ocean. In all, his historic flight—the first time an American reached orbit—lasted four hours and 56 minutes.

And through it all, he was able to breathe, something we all take for granted day-by-day on the ground but which required important innovations for spaceflight.

Since that day, all U.S. astronauts, and many from other countries as well, have used a derivation of the same oxygen regulator that allowed Glenn to breathe in 1962. Current plans for the Orion capsule involve new innovations and technology, but there too, the breathing regulators trace back to that first one used on Project Mercury.

And around the world, commercial airline pilots rely on backup oxygen systems that also developed out of that first regulator.

But it all goes back to a problem with jet engines that no longer exists.

“Early jet engines had problems with flameouts,” explains Jim Talty, vice president of engineering at Cobham Mission Systems, the Orchard Park, New York-based business unit of Cobham PLC. The solution required injecting oxygen to restart the engine, but it was important to regulate the flow and pressure of that oxygen: too much, too fast would cause another flameout, but not enough and the ignition wouldn’t catch.

The company’s solution to this problem was successful, and Cobham (then operating as Carleton Controls) became known for its devices to regulate gas pressure, so when NASA needed to build its life-support machinery for astronauts, the Space Agency turned to them. After all, explains Talty, “the basic technology of regulating oxygen is the same for a breathing regulator: you need to knock it down to a pressure where an astronaut can breathe it. The product was different, but the technology was the same.”

Back in the early days of spaceflight, astronauts flew with pressurized canisters of pure oxygen. Today’s astronauts, as well as the planned Orion crewmembers, breathe a mix of oxygen and nitrogen, closer to the ratio that exists in Earth’s atmosphere. Either way, the gas or gases must be released slowly and carefully. Much like the jet engine, if too much air comes out too fast, it will hurt the astronaut, but too slow and the astronaut could asphyxiate.

For Orion, engineers have designed a system that will keep cabin pressure the same as Earth sea level, 14.7 pounds per square inch (psi), far higher than the 5-psi pure-oxygen environment of early spacecraft. But that pressure is too high for a spacesuit, which needs to be flexible enough for the astronaut to have mobility. To acclimate to a manageable 4.3-psi spacesuit, astronauts have to prepare their bodies for up to a couple days—and the spacecraft has to help by changing the pressure and gas mixture in predictable and safe ways, including hitting set pressure levels along the way that enable safety checks for leaks on the spacesuits.

“Cobham is going to do that with a smart electric motor that knows where it goes every time,” explains Johnson Space Center’s John Lewis, who is the Orion environmental control and life-support system manager. “In the past, we’ve used dual-setpoint regulators—they were basically done with leakages and levers. This is done with a full-on motor because we have to hit multiple points.”

Behind the motor lies a small mechanical system: a spring-loaded valve that opens when the pressure lowers enough to relax the load on the spring. That was where Cobham needed to innovate for Mercury and the requirements of human spaceflight.

Cobham’s oxygen regulators for fuel also relied on springs, but like many things for space, the version for Glenn needed to be smaller and lighter. “What they innovated back in the late ’50s, early ’60s was combining two different springs in a new way,” explains Talty.

“They found that with this spring arrangement, they maintained their performance in a smaller size. Nobody had tried to combine those two types of springs in a single product, and that led to a lot of our other products.”

It was also important to ensure that none of the materials were flammable, because as pressure increases in a pure-oxygen environment, the risk of a dangerous fire increases significantly. Even objects that normally would not ignite, like stainless steel, can begin to act like tinder, notes Lewis.

Cobham had worked on this problem with its fuel regulators too, but the danger is far more acute when building a breathing regulator for astronauts, so the team had to further enhance its expertise and testing protocols to ensure their safety.

To do that, it learned from NASA, which was already building its own expertise on oxygen safety and lowering fire risk, and the company continues to grow from that base: “Everything we learned from NASA on how to choose materials for oxygen safety is used in these products,” emphasizes Talty, referring to Cobham’s line of commercial products.

Lewis adds that today, there are “two groups of people in the world that I have confidence in when I talk oxygen fire safety,” and one of them is Cobham.

Today’s gas regulators have advanced in significant ways since the first version for Mercury, much like the Orion regulator that is automated with an electric motor to hit a half-dozen setpoints. However, Talty says, “the same techniques that were used back in the John Glenn days, we’re using them in our latest products, too.”

As a company, he adds, Cobham Mission Systems is known for its expertise in high pressure management: “that’s the core that started and still drives us today. In terms of human environment, that traces back to John Glenn and NASA.”

The company has now branched out well beyond aerospace and has grown significantly, notes Eric Stellrecht, product group director for space at Cobham Mission Systems. “We probably were a 5- or 7-person company when we worked on Mercury, now we’re 500. Was it all due to this? No, but the NASA work certainly contributed to that growth.”

Today, says Talty, “most major airlines use our technology.” Specifically, the breathing regulators are used in emergency oxygen systems for pilots. These are required for at least one pilot when flying at altitudes above 40,000 feet, and also come into play whenever there is an emergency that depressurizes the cockpit.

Other applications for the breathing regulators include military planes and submarines, as well as elite military parachutists jumping from high altitude.

Cobham also used its expertise in oxygen safety to create a product that takes room air and produces high-purity oxygen—between 99.5 and 99.99 percent pure—for a variety of settings, including wastewater treatment and offshore drilling. The system, the company notes, is ideal for remote areas, where oxygen canisters would otherwise have to be delivered—and could potentially run out.

“We handle the highly critical, difficult applications where failure is not an option,” Talty emphasizes, noting that in those situations, many customers find the NASA credentials reassuring.

“Every U.S. astronaut since John Glenn has breathed off our equipment. That gives other customers in the military and commercial world some confidence that we know what we’re doing.”

Abstract
Since John Glenn’s first orbit in 1962, all U.S. astronauts have used a derivation of his oxygen regulator. For the original project, Cobham Mission Systems (then operating as Carleton Controls) needed to make a gas regulator smaller and lighter than ever before. Now the Orchard Park, New York-based business uses the innovative spring design it created for Johnson Space Center and its oxygen safety expertise in oxygen systems for pilots, as well as for applications like wastewater treatment and offshore drilling.

John Glenn, Gus Grissom, and Alan B. Shepard were the first three Americans in space. A breathing regulator created forGlenn’s historic first orbit has continued to evolve and hassince served every U.S. astronaut. 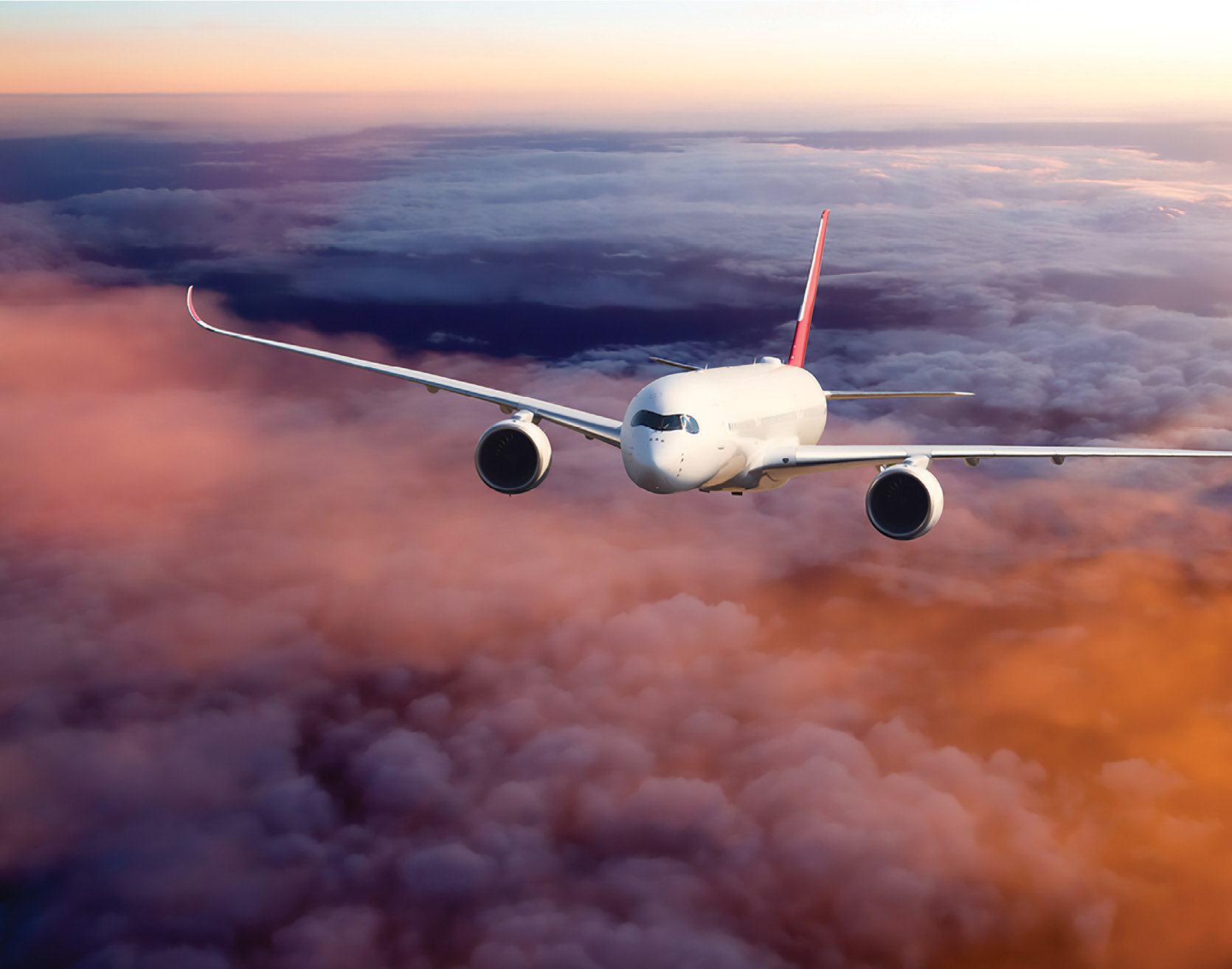 Today, most commercial airlines equip their cockpits with emergency oxygen systems based on the technology Cobham Mission Systems developed for John Glenn’s orbit. For safety, at least one pilot is required to use the breathing system whenever the plane flies at altitudes above 40,000 feet.

Cobham’s gas regulators, which needed to be small and lightweight to work in space, are now also used by high-altitude parachutists.