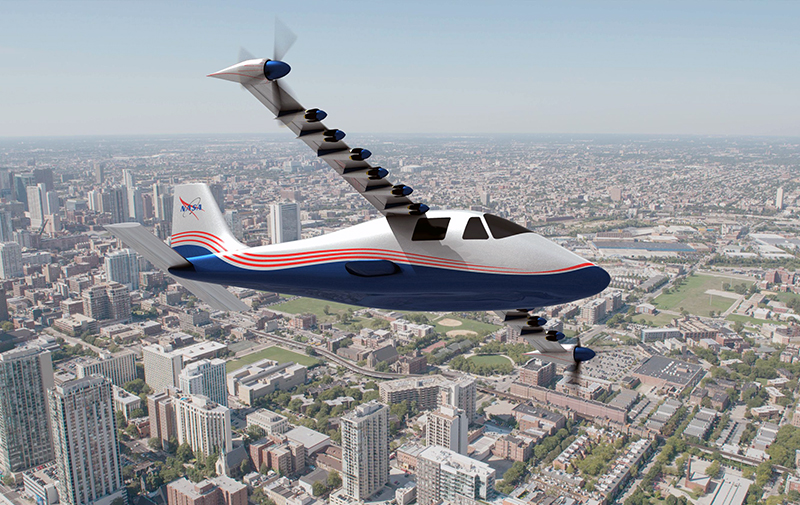 The X-planes, experimental aircraft built by NASA and the military, started out by breaking the sound barrier in 1947 and have been pushing through invisible barriers ever since. The latest, known as the X-57 Maxwell, aims to make commercially viable, all-electric passenger aircraft a reality. To do that, it must overcome many technological hurdles—and some of that work is already paying off in industry with unprecedented battery reliability and power.

Its gas-powered engines will be replaced by two electric cruise motors on the very tips of the wings, reducing drag from wingtip vortices. Distributed along the leading edge of each wing will be six smaller motors to add to the flow over the wings, increasing lift during takeoff and landing.

A major challenge has been safely delivering enough power to the engines. During takeoff, all of these motors combined can use more than 200 kilowatts, for a total energy draw that would momentarily power more than 100 average American homes, says Brent Cobleigh, project manager for Flight Demonstrations and Capabilities at Armstrong. “It’s a lot of power, and one battery system has to deliver it, and it’s got to fit in the plane.”

The group released demanding requirements for companies interested in building the battery, which some of the major government contractors found impractical, says Sean Clarke, principal investigator for the X-57 at Armstrong. The engineers selected Electric Power Systems (EP Systems), based in Industry, California, a company that Clarke says was “a little more aggressive” than the rest. “We’re an aggressive project, and we’re willing to accept a degree of risk going in, and it’s paid off,” he says.

The company specializes in reliable batteries and power systems for aerospace, as well as ground transportation, medical, and military applications. Under Small Business Innovation Research contracts, it built an 850-pound lithium-ion battery pack that could safely do the job. But not on the first try.

The first pack was based on a NASA design from years prior and incorporated some of EP Systems’ innovations, such as a method for pulling heat from a battery cell’s entire surface rather than just the side wall, as well as advanced welding techniques and lightweight packaging.

The battery pack actually holds thousands of off-the-shelf lithium-ion cells a little bigger than AA batteries. Lithium-ion batteries are the cells of choice for flight because they pack the most power into the lowest mass of any conventional battery, but they have one disadvantage: they can short-circuit and fall into what’s known as “thermal runaway,” ending in combustion. It’s rare, but it happens. The challenge for the X-57 battery pack was to ensure that if one cell burst into flames, it would be contained and wouldn’t set off a chain reaction.

When the first pack was built, a cell was intentionally short-circuited to see what would happen. “The whole battery caught fire,” Cobleigh says. “It cost us almost a year.”

The team called in experts, including specialists from the NASA Engineering and Safety Center and battery experts from Glenn and Johnson Space Center.

One contribution from Johnson engineers was a supply of “trigger cells” they had invented for testing lithium-ion battery packs. In these cells, the electrolyte between the anode and cathode is replaced with a wax disk that melts when heated, causing a short circuit. It’s an easier, safer way of inducing thermal runaway than overloading a battery, and it produces more realistic results.

Clarke notes that NASA had recently developed a lithium-ion-battery casing technique that filled an aluminum block with holes to hold the batteries a millimeter or less apart, isolating them and dissipating heat from any runaway event throughout the block. It’s been used for batteries on the International Space Station, the Orion space capsule, and tools astronauts need on spacewalks.

“A lot of NASA design expertise and technology has gone into this,” Clarke says.

EP Systems adapted the technique and incorporated its own ideas on how to improve upon the NASA approach. The results were innovations in both cell welding and thermal management of the cell to improve safety without adding weight. The new design was able to stop thermal runaway at an individual cell level, where the previous design was intended to stop it at the pack level. The new approach also set a new standard for “packaging overhead,” or the ratio of the packaging weight to the weight of the cells. ESAero, meanwhile, provided its own insights into aircraft mounting of the batteries, as well as the connectivity of the packs’ ventilation system. The new design was tested successfully in late 2017.

“It’s really innovation all over,” says Clarke. “I think it’s a huge success story, but it relied on NASA and the contractors’ partnership.”

Another company, Bye Aerospace, was in a hurry to get its own all-electric Sun Flyer trainer certified under new Federal Aviation Administration (FAA) rules for electric aircraft.

“Bye Aerospace had heard of us and what we were doing on the X-57, and they approached us,” says Nathan Millecam, president and CEO of EP Systems. In March of 2018, Bye announced that EP Systems’ batteries would power the Sun Flyer, which made its first flight the following month.

There will be two- and four-person versions of the plane, which is intended for training and can fly for about an hour on a full charge.

Millecam says the Sun Flyer batteries are “very similar but not identical to” the batteries built for the X-57, leveraging advances made under the NASA work.

He notes that the aviation community has been divided over whether the FAA regulations for electric propulsion are too stringent, requiring batteries that end up too heavy and costly to be commercially feasible. “We proved we don’t have to loosen safety standards to be flight-feasible,” he says. “We can keep those standards and still have the energy density and even the cost target we want to have these technologies adopted. It’s a big deal for our industry.”

The X-57 team is also helping to shape safety and testing requirements for electric and hybrid aircraft by sharing its work with industry standards boards, Cobleigh says, noting that companies often would be reluctant to share such information. “NASA makes sure everyone learns the lessons taxpayer dollars paid for.”

Electric motors are far more efficient than internal combustion engines and require much less maintenance, replacing the high heat and friction of combustion chambers and pistons with wound wires and magnets, Cobleigh points out. They are 90 percent efficient or better, meaning almost all the power is turned into useful work, while gas-powered engines are less than 30 percent efficient.

Bye Aerospace calculates that the Sun Flyer will operate at a cost of $3 per hour.

The low-hanging fruit for all-electric aircraft are short flights between small airports and vertical-takeoff and -landing vehicles for transportation within cities, Cobleigh says, both of which would be far easier to turn a profit on with the lower fuel and maintenance costs of electric aircraft.

Millecam says EP Systems has received considerable interest—and yet-unannounced contracts—in all those markets. Although the technology has a long way to go before there are three- or four-hour electric flights on large passenger airplanes, he says, “The technology is at the point now where it can be utilized on new vehicle concepts and new aviation business models.”

Without the assist from Armstrong, though, electric propulsion batteries might not have gotten off the ground, he says. “If NASA didn’t have the foresight to see aviation going this way and the problems that need to be solved to get it there, this never would have happened.”

Clarke notes that the project didn’t even set out to research batteries. It aimed to test efficient wing designs and power distribution systems. “And we ended up with this innovative component that’s useful in industry now.”

The X-57 is planned to make its first electric flight this year but will continue to evolve over the next few years. In its final form, it’s expected to run on about a fifth of the energy it would as a gas-powered craft. 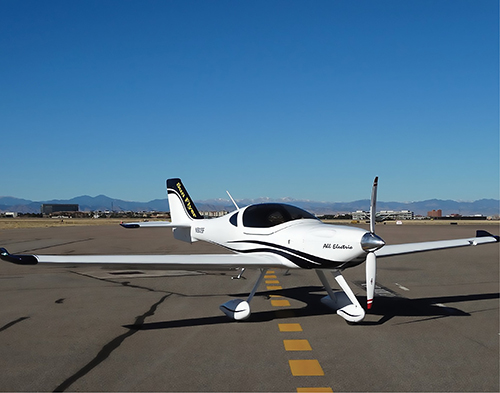 Bye Aerospace’s Sun Flyer, an all-electric training airplane that’s already begun flight testing, is powered by a battery pack that EP Systems based on the one it built, with NASA funding and expertise, for the X-57 aircraft. 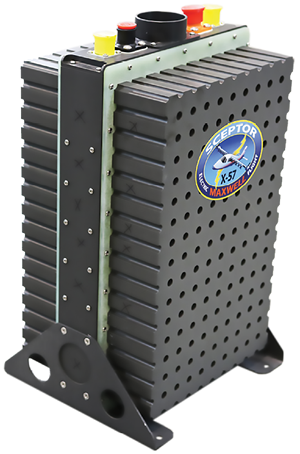 With NASA’s help, Electric Power Systems (EP Systems) created this battery pack to power the Space Agency’s all-electric X-57 Maxwell airplane. The package houses thousands of off-the-shelf lithium-ion batteries and ensures that if one of them overheats, the problem won’t spread.

As NASA develops its X-57 Maxwell aircraft, the Agency is tackling the challenges of building all-electric aircraft and passing the solutions on to private industry. One difficulty it overcame with help from industry was creating a battery pack that can power all of the plane’s motors, weighs as little as possible, and meets stringent safety guidelines.