Do you know what time it is?

Knowing the answer—being able to measure time accurately and consistently—is fundamental to advanced scientific research at NASA and elsewhere. But it could also be the key to what comes next after GPS.

The best clocks are atomic clocks, and the best atomic clocks currently made “won’t lose a second in the entire life of the observable universe,” says Gregory Heckler, the deputy telecommunications systems manager for NASA’s Tracking and Data Relay Satellites (TDRS) at Goddard Space Flight Center.

Unfortunately, those clocks tend to be enormous—filling up an entire laboratory—and so impractical, to say the least, for a satellite. To make a clock small enough to fit on a satellite, scientists are currently able to achieve pretty decent accuracy, good to maybe a second of drift in 30,000 years, but there’s still plenty of room to improve.

The differences can be traced to the type of atom at the heart of the atomic clock and how it’s being measured. An atomic clock works because, when excited, atoms emit radiation at a certain measurable—and constant—frequency. That frequency provides the “tick” of the clock, the same way a gear turning works in a mechanical clock.

Traditionally, atomic clocks have used cesium, which emits radiation with a frequency in the microwave region, something you’d measure in gigahertz—billionths of a second—explains Heckler. These are the clocks that have been around long enough to be miniaturized and have already flown in space.

Increase the frequency, however—say into the optical region, measured in terahertz—and the clock’s accuracy increases proportionally.

To give a sense of what that means, says Heckler, imagine you’re drawing a ruler. With cesium atomic clocks, you can get hash marks accurate down to about a centimeter apart. “But what we can do with this tech coming out is making that ruler much more precise, down to tens of nanometers. That’s an improvement of four or five orders of magnitude of measurement accuracy.”

This kind of improvement could lead to significant scientific advances, Heckler says. For one thing, “with this sort of measurement accuracy, you can do experiments to further confirm general relativity.”

Better clocks could also result in far better maps, he adds, because satellites orient themselves in space in part by synchronizing themselves to some known standard time. And improved synchronization could also expand the possibilities of smallsats, which, if synchronized well enough, could act as a single, dispersed instrument.

Heckler says these are just the start: “we’re going to get four or five orders of magnitude increase in this capability, and that always historically has led to great things.”

To get there, however, there need to be small, portable optical atomic clocks, and one company working on that problem is Sunnyvale, California-based AOSense Inc., with the help of several Small Business Innovation Research (SBIR) contracts from NASA, most of them with Goddard.

That’s a big job, he notes, “because we have to reimagine all the components that go into a clock—take each piece and reengineer it in a professional way.”

Although the full clock is still a work in progress, AOSense has completed some of the components, including the atom source, which is cooled by a laser. “We have to cool the atoms down to nearly absolute zero to make these measurements,” Abo explains. “This is a source that allows you to do that, but we’ve engineered it down to a much smaller size.”

Where the lab version probably consumes hundreds of watts of power, he estimates, the AOSense version consumes less than five, and the whole unit is “small enough to fit in a shoebox.”

In fact, the AOSense atom source actually outperforms the large academic version, which means that “the academic labs aren’t building their own anymore—they are buying ours.”

Among the customers, he says, is Jun Ye, a professor at the University of Colorado and a fellow at the National Institute for Standards and Technology, the Federal agency that provides the official time for the United States. “Our source provides 10 times as many atoms per second, which ultimately makes the clock roughly three times better,” notes Abo.

There’s not a big market for these atomic sources, he acknowledges, saying sales are in the tens per year, “but it helps sustain our engineering efforts” toward the finished atomic clock, and “it’s great that these can flow back to academia already so they can improve on the measurements they’re making.”

The company has also used NASA SBIR contracts to develop the clock laser (with sales on the order of 50 a year) and the frequency comb. “Each of these are components we can sell,” Abo says. “It’s a fairly specialized field, but researchers really like the stuff we’re building because it is built very robustly and plugs well into their current systems.”

Eventually, AOSense plans to incorporate each of the components into a fully functional, compact, rugged atomic clock. For that, they anticipate a larger market, and a wider impact not just for science but also for everyday people, who may not realize they are already relying on satellite synchronization for every cell phone call, every ATM transaction, and every phone app that uses GPS.

“Ultimately, if you want to know your position to 10 meters, you need to know your time to roughly 10 billionths of a second,” Abo explains. “In order to communicate, I’m sending some bits to you, and you need to synchronize to interpret those bits. All these things, all transfer of information is based on some level of synchronization between my system that’s sending and yours that’s receiving it.”

Right now, the GPS satellites that provide this timing reference stay accurate by synchronizing with a bank of atomic clocks based at the Naval Observatory, but AOSense is looking to a future when each satellite could have its own timing reference, which, in addition to increasing accuracy, would also make it less vulnerable to cyberattacks.

“The satellites that broadcast GPS are about 20,000 miles away. It’s amazing in that it’s an incredibly low signal, and it works very robustly—but it’s also very easy to interfere with,” he notes. “For about $100 in parts, you can build a GPS jammer that can knock out GPS for several square kilometers.”

That could threaten all the many systems we—the public, the financial sector, the military, and more—have come to rely on. And although the military and some others have built-in security measures to guard against these weaknesses, AOSense argues that a navigation system built into the vehicle itself, rather than relying on signals from satellites, would be safer.

Their system would look to inertial navigation: “like the Boy Scouts, carry a compass and count steps,” Abo says, but with an atomic clock and incredibly precise accelerometers and gyroscopes.

“The better you can do that, the better you know where you are. And you carry it with you, so if something really goes haywire, and you don’t have GPS or you seem to be getting a weird signal, you have something on board.”

For a commercial jet, that could be a life-saving backup, and for a military jet flying a nuclear weapon, it might even be prudent as the first-line navigation system. 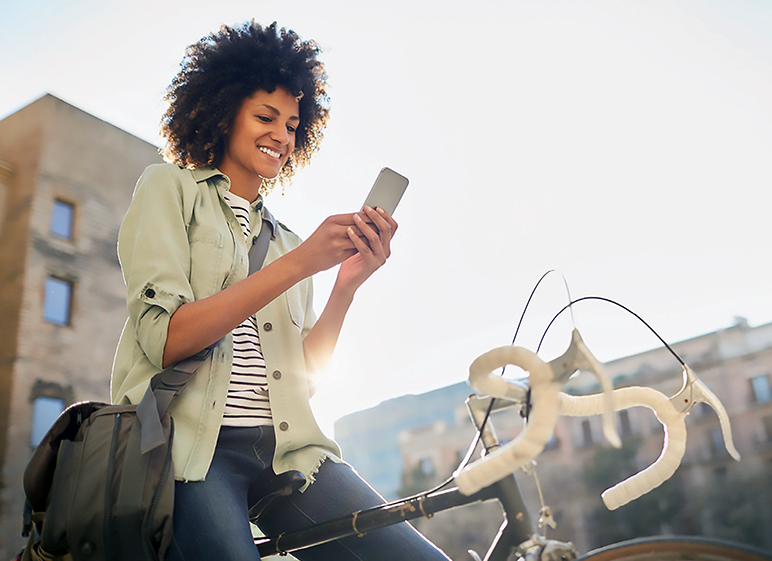 Many people may not realize that every cell phone call, ATM transaction, and GPS-enabled app relies on timing cues from satellites—which in turn are synchronized with atomic clocks on the ground. AOSense is working on making atomic clocks that could fly on a satellite orders of magnitude more accurate than anything that’s flown before. 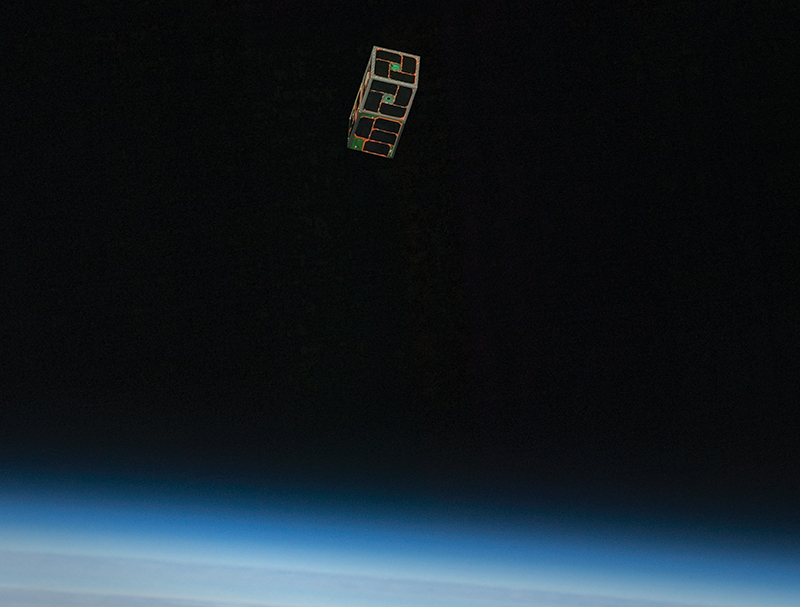 This satellite uses GPS data to study independent rendezvous of spacecraft in orbit. GPS relies on synchronization with highly accurate atomic clocks on the ground, but NASA is interested in flying clocks of that caliber on spacecraft.

This laser-cooled atomic source “powers” an optical atomic clock. Unlike lab-size versions, this source consumes less than five watts and fits in a shoebox, while actually outperforming its larger predecessors.