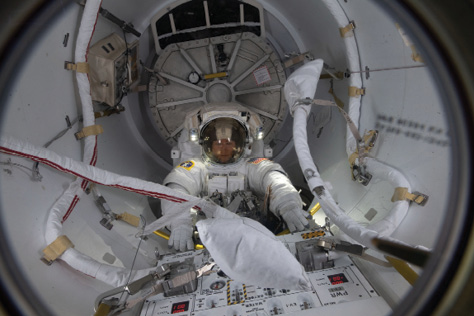 Batteries have come a long way in recent years. Lithium-ion batteries in particular are more powerful, longer-lasting, and smaller—and they are powering ever more devices, from smart watches and phones to electric cars, and even electric-powered aircraft.

However, one of the biggest challenges of these highly energy-dense batteries is heat management, and in particular avoiding a short that explodes.

As batteries generate power, they also generate heat, which can be damaging to sensitive electronics nearby. Larger batteries are typically made up of packs of dozens or hundreds of cells working together, which means even more heat.

A bigger problem in lithium-ion batteries is a phenomenon called thermal runaway, when a cell overheats—which can be caused by a latent defect that appears in about one in every 5 million lithium-ion cells. That can cause a catastrophic response in the ones next door, setting off a chain reaction. Not only is this disastrous for the electronics, but it could result in a life-threatening explosion.

To deal with heat, batteries often include a heat sink: a conductive material (most often copper or aluminum) that carries heat away from the cell. In some cases, heat sinks employ a phase-change material that “soaks up” the heat as it melts or vaporizes, explains Eric Darcy of Johnson Space Center, who has worked on batteries for NASA over three decades.

That was the case with a massive 350 amp-hour battery for the later-cancelled X-38 crew return vehicle. The initial battery design overheated during performance tests in part because it was fastened to non-conductive composite materials in the vehicle, instead of metal, which kept it from effectively carrying away heat.

Working with a company called Energy Science Labs, founded by Tim Knowles, they converted the base of the battery into a heat sink with 30 pounds of wax laced with carbon fiber to make it more conductive.

However, the new heat sink also added 120 pounds to the vehicle’s mass—hardly ideal when it came to meeting launch requirements.

In 2014, Energy Science Labs merged with Campbell, California-based KULR Technology, which also focuses on thermal management, and together they have continued to collaborate with NASA.

Since the X-38 battery project, KULR phase-change heat sinks have been used and improved in a variety of NASA projects all the way through the Neutron Star Interior Composition Explorer instrument installed aboard the International Space Station in June 2017.

“We’re a direct beneficiary of the technology push that NASA requires and also the funding that NASA gives to the team to enable us to push the envelope,” says KULR company President Michael Mo.

In a series of Small Business Innovation Research (SBIR) contracts, Darcy says, “KULR proved NASA could have saved half the mass or more in the base of the X-38 battery if we had gone to a vaporizing heat sink,” using water instead of wax. That’s because evaporating water transfers 10 times as much heat from the battery as melting wax.

KULR has also taken advantage of a battery advance Darcy created during a sabbatical at National Renewable Energy Labs (NREL) in Colorado: an internal short circuit (ISC) device that makes testing for thermal runaway much easier.

To ensure a battery pack is built with enough safeguards to keep a single cell’s failure from propagating, engineers need to see what happens when a cell fails. That means overheating or puncturing a cell as it operates, which is hard to do in the middle of a battery pack, where some of the most dangerous shorts occur.

Darcy’s ISC device allows engineers to trigger a short circuit on demand within a battery pack. The resulting failure acts more like the occasional faulty cells that turn up in real life, which means tests are more accurate. KULR has signed an exclusive license for the technology, which was co-patented by NREL and NASA, and will be producing it on a large scale for its customers to improve their own safety testing.

In 2015, KULR signed on for yet another NASA project with Darcy, to develop a thermal runaway shield (TRS) for spacesuit lithium-ion battery packs. The company, building on concepts it had been working on with NASA, the Department of Defense, and others over the decades, decided on a water-vaporizing heat sink encased in carbon fiber. As they had proven on the X-38 project, vaporizing heat sinks can save on weight and size. Likewise, carbon fiber is very lightweight—and it can withstand extremely high temperatures, a necessity when lithium-ion cells can reach 1,800 °F in thermal runaway.

Because heat exchangers need a large surface area to transfer heat, the company built its TRS using carbon-fiber processed into velvet, a material pioneered by Knowles. “Velvet has an order of magnitude higher surface area than flat materials,” Mo notes.

KULR built several prototypes, and Darcy put them through their paces, including testing with an ISC device trigger cell. “One of his studies showed that our TRS was the lightest and kept the temperature the coolest of all the things he tested,” Mo says.

That was encouraging, so the company kept working. “By 2017, the TRS was ready for commercial prime time,” he says. “It takes a lot of customization to fine-tune the carbon fiber: how much liquid is in the system, as well as what the enclosure needs to be, to fit into a customer’s end product. A lot more research went into how to build that tech into a system.”

By early 2019, the company was already seeing the TRS in some of its customers’ products: one car company was in final testing before rolling it out commercially, and several others were expected to be doing the same by the end of the year. “It will be in every category,” Mo says, from satellites and spacecraft to electric bikes and scooters and eventually electric cars, drones, and planes.

The TRS plays a part, he says, in making any batteries safer and more powerful. Batteries work better—recharge and discharge faster—at optimal temperatures, so good thermal management has always been important. But the threat of thermal runaway explosions in lithium-ion batteries “presents a new class of risk for these products,” Mo says; now thermal management is a critical safety issue.

Saving weight by using carbon fiber is also important, especially in vehicles: “Every ounce of weight is sucking juice out of the battery, reducing the range,” Mo notes.

The company has also become a founding member of the Global Alliance for Battery Safety alongside NASA, the Department of Energy, the National Renewable Energy Laboratory, the Chinese National Energy Storage Alliance, and several battery manufacturers and logistics companies. The group will work to create and promote best practices for battery safety, Mo says, using Darcy’s ISC device and KULR’s TRS as the starting point.

He credits the NASA funding with helping build such a highly advanced product. “NASA forced us to build something quite exotic to start out with,” he says, with a high safety margin and a budget to match. “And then in the years after, it becomes really about how to save significant cost in the material and manufacturing for the end customer, where literally every penny counts.”

Abstract
Keeping modern energy-dense batteries from overheating (and sometimes even exploding) is an important challenge. Campbell, California-based KULR Technology specializes in the field. In collaboration with with Johnson Space Center, the company recently created a thermal runaway shield for lithium-ion battery packs that promises to improve safety in battery-operated devices from cars to bikes and more. The company also licensed a patent co-owned by NASA for an internal short-circuit device that makes it much easier to test batteries, which KULR sells to its customers to help them improve their in-house safety testing.

Battery-powered devices, from scooters to cell phones to cars are gaining in popularity around the world. KULR’s heat management and battery safety to cars, are testing products, developed with and by NASA, help make safer and more powerful batteries for these applications. 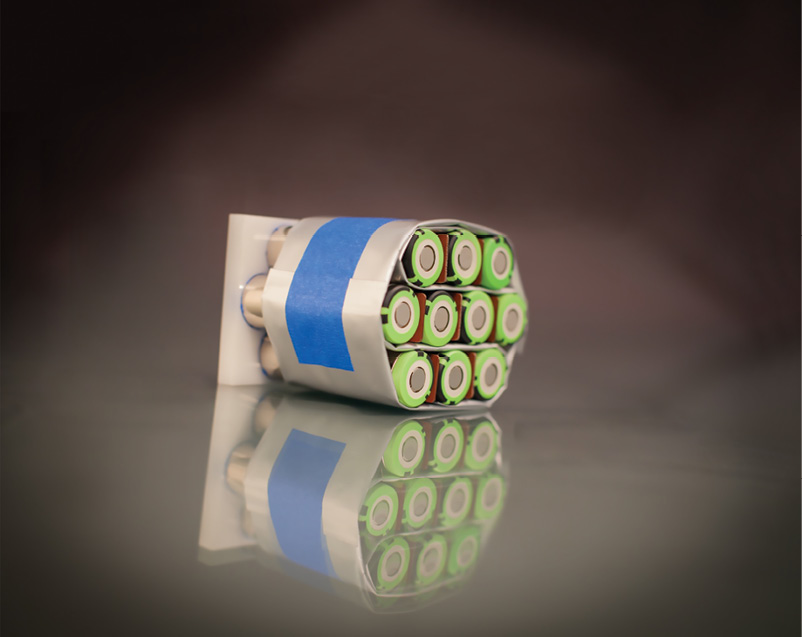 KULR Technology specializes in safe management of battery heat. Working with NASA, as well as receiving project and SBIR funding more than once over the years, helped the company develop new products, including this thermal runaway shield that protects lithium-ion battery cells from each other. If one overheats, the shield will contain the heat so it doesn’t set off a chain reaction.

U.S. astronaut Christina Koch enters an airlock on the space station after a successful spacewalk to upgrade batteries and adapter plates for the power storage system. In space, NASA relies on batteries to power everything from spacesuit systems to vehicles to life support on the space station, and so it devotes considerable research to improving power and safety.