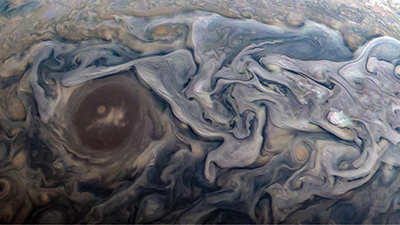 You might open a window after painting a room, or let a foam mattress air out before sleeping on it so the materials can off-gas and odors will blow away and disperse. Getting rid of compounds that outgas in space isn’t so simple.

If coatings or other materials outgas, as the phenomenon is commonly called, in the vacuum and extreme temperatures of space, weights can change, throwing off flight calculations, and the gases can resettle, coating nearby surfaces with a film, potentially obstructing sensors, cameras, and other optical equipment.

This is why NASA has been testing substances for outgassing since 1967, compiling a publicly available database with tens of thousands of entries for low-outgassing materials suitable for space. (Some materials have been tested multiple times to ensure accurate data and to allow for changes in formulations of the materials over time.)

The Outgassing Lab in the Materials Engineering Branch at Goddard Space Flight Center tests any material under consideration for a NASA project, upon request, and adds the test results to a database maintained by the branch, where anyone looking can find them. And people do look.

“Although we don’t track usage of the database, whenever the database or the website is down for maintenance or updating, we do hear from people wanting to know what’s going on and when will it be up and running again,” says Alejandro Montoya, who heads the Materials Engineering Branch.

“NASA has tested and verified several Parylene variants and published the findings, and they are, indeed, low-outgassing coatings,” Seifert says, noting that anyone looking for a coating with these properties can view the results for Parylenes in the database.

The database lists 10 varieties of Parylene that NASA has tested since the mid-1980s, including, most recently, in 2015, a version with an SCS-proprietary adhesion promotion technology.

Parylene coatings are ultrathin and pinhole-free and fully conform to components through molecular-level polymerization—they essentially “grow” onto a surface, one molecule at a time, according to SCS. They have excellent moisture, chemical, and dielectric barrier properties and remain stable in a variety of extreme conditions, making them useful in the electronics, aerospace, defense, transportation, and medical device industries.

They have been used in numerous NASA applications, including on the Juno spacecraft, which launched in 2011 and has been orbiting Jupiter since 2016.

Specifically, a Parylene coating on the circuit boards of the JunoCam, a camera mounted to the body of the spacecraft, protects them from damage, helping the camera perform up to specifications.

JunoCam’s goal is to engage the public in the Juno mission to investigate the origin and evolution of the fifth planet from the Sun. The camera captures high-resolution images of Jupiter’s cloud bands, polar regions, and auroras—withstanding massive magnetic fields and a powerful radiation belt to do so.

The camera and the coating have held up.

To measure the outgassing of materials such as Parylene coatings, NASA uses a standardized method developed by the American Society for Testing and Materials (ASTM).

Jeremy Knipple, who has been conducting the tests at Goddard since 2014, places samples in a chamber, draws a vacuum, and then keeps the chamber under high heat for 24 hours, as required by the ASTM method.

Before and after the tests, he places the samples in a humidity chamber at 50 percent humidity to see how much of the lost mass is regained just from surrounding humidity—a way of gauging how much mass loss is simply water vapor.

Knipple then reports a series of data points, including total mass loss and the amount of volatile condensable materials he collects.

In the case of Parylenes, the NASA tests provided new information for those using the materials, as well as potential users. “We didn’t have any outgassing data prior to this, but Parylene coatings have long been known in the industry as a space-grade material,” says Seifert.

“The ability to be part of the outgassing database certainly was helpful to us, and, more importantly, it’s helpful for people who are looking for materials to use when they’re considering reliability while designing applications.”

Parylenes’ ability to conform completely to the surfaces they cover make them ideal coatings for circuit boards and other electronics to prevent corrosion—particularly, but not only, in the harsh environment of space, where they have been used for decades.

A Parylene coating protects 20 printed circuit boards on the Japanese spacecraft Hyabusa2, which, in February 2019, touched down briefly on an asteroid to collect the first of multiple planned samples before its return to Earth, scheduled for 2020.

“One of the reasons Parylenes meet ultra-low-outgassing criteria is due to their purity, which, consequently, is a very attractive characteristic for medical applications, contributing to outstanding biocompatibility,” says Dick Molin, medical market manager at SCS.

SCS currently has five commercially available types of Parylene, each with differing properties and specifications. Parylene C, the first to be tested by NASA, is the most widely used because it’s the best barrier to moisture and gases.

Parylene HT, the most recent type to be tested by NASA, is for the highest-temperature applications—for instance, offshore and down-hole exploration sensors and feedback devices, where outgassing characteristics are usually less of a consideration.

Still, the outgassing tests at NASA have given Parylenes a boost. “It’s a way to legitimize, if you will, at the highest level, the value of the coatings,” says Molin.

Abstract
Over the last three decades, the Outgassing Lab at Goddard Space Flight Center has tested and validated 10 varieties of Parylene—ultrathin coatings that protect circuit boards and other equipment in space. Like all the lab’s testing data, the Parylene results are listed in a publicly accessible database, where any researcher can learn that the materials, made by Indianapolis-based Specialty Coating Systems Inc., are stable and release virtually no volatile compounds. The coatings’ terrestrial applications include automobile electronics systems, coronary stents, and surgical needles.

Applied in a vacuum with equipment like this device from Specialty Coating Systems Inc., Parylene coatings conform completely to the surfaces they cover.