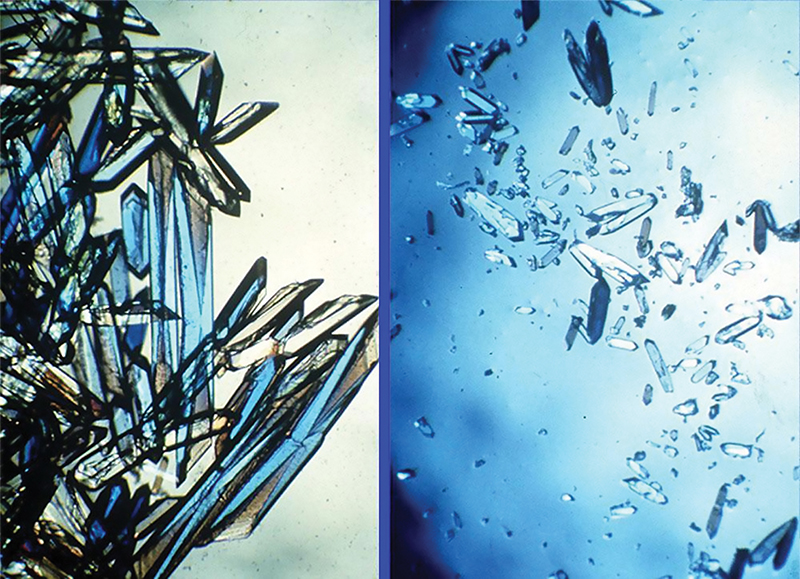 Through decades of sending astronauts into space, scientists have learned much about the biological effects of weightlessness. In the absence of gravity, for example, astronauts’ muscles and bones lose mass. Their eyes change shape too, worsening their vision. And even their genes express differently.

Still largely unknown, however, are the long-term effects of partial gravity, such as that which astronauts experience on the lunar surface. Such conditions are impossible to create on Earth for any extended time, but government, academic, and industry researchers can simulate precise levels of gravity in a device aboard the International Space Station.

The Multi-Use Variable-Gravity Platform (MVP) that Greenville, Indiana-based Techshot Inc. built for NASA, which arrived at the space station in spring of 2018, uses centrifugal force in two spinning carousels to simulate gravity. It’s not the first artificial-gravity machine in space, but it is the most advanced and versatile yet.

Using funding from Small Business Innovation Research (SBIR) contracts, Techshot built a similar device in the late 1990s to observe the effects of gravity on the development of Japanese quail embryos. Under the same project, other companies worked on similar devices tailored to different types of specimens, such as mice, fish, and cell cultures.

Techshot built its new multi-gravity platform with the goal of housing any of these types of experiments in a single device. “This updates the capabilities of the heritage item we flew back in 2001, which could only accommodate one type of sample,” says Rich Boling, Techshot’s vice president. Rather than building custom machines, the company now uses custom modules that snap in and out of the system’s two carousels. The modules can be specially designed to hold cell cultures, plants, microorganisms, fish, and other life forms.

In a 2018 demonstration, the MVP successfully housed a fruit fly population on the space station. “We got lots and lots of fruit flies,” says Marybeth Edeen, manager of the ISS Research Integration Office at Johnson Space Center. “Everybody lived, through multiple generations.”

Fifty flies went up in each of the device’s 12 chambers. Thousands made the flight back to Earth.

Edeen helped Techshot design the MVP to meet various researchers’ needs, based on NASA’s experience. For instance, plant specimens will require an ethylene scrubber to stay healthy in zero gravity. And infrared cameras allowed scientists to observe the fruit flies in the dark while they slept.

The MVP is one of a suite of devices the company is creating for space station research under a Space Act Agreement with Johnson. It was funded in part by SBIR contracts with Johnson, matched by funds from the Center for the Advancement of Science in Space (CASIS).

“They recognized the MVP as a tremendous capability for commercial researchers,” Boling says of CASIS.

The device can simulate any level of gravity between weightlessness and 2 G, or twice Earth’s gravity. Its modules are outfitted with lighting, video cameras, microscopes, and oxygen and carbon dioxide sensors. Pumps, valves, and bags in the little chambers allow for sample collection. Hardware can be added or removed according to the needs of individual experiments.

Temperature and humidity are kept steady throughout the entire system, although Boling says future modules may be able to regulate these individually. The entire MVP is about the size of a microwave oven and fits in a single locker on the space station.

Any customer, including NASA, pays Techshot for use of the facility. The company expects the Space Agency to account for about half of that business, with the rest coming from industry and academic researchers.

Boling notes that the MVP serves a function that was always intended for the space station. A planned Centrifuge Accommodations Module was canceled in 2005, and the European Modular Cultivation System, which also used rotors to simulate gravity between 0 and 2 G, was used almost entirely for plant research until it was decommissioned in 2018. “That leaves the Techshot MVP as the go-to artificial gravity device,” Boling says.

NASA’s biggest interest in simulating partial gravity is in understanding how gravity on the Moon or Mars, being far weaker than Earth’s gravity, would affect astronauts or crops, Edeen says. For human research, scientists use stand-in life forms of the lowest possible order. For example, a fruit fly has a cardiac system that responds to altered stimuli roughly as a human’s would.

In particular, scientists want to understand whether all responses are directly proportional to any gravity level, Edeen says. “Is it a straight line between the two points? An S-shaped curve or an exponential curve? Does it level out at 1 or 1.5 G?” she wonders. “No one knows how organisms respond to other levels of gravity.” For example, she says, if partial gravity is enough to prevent bone and muscle loss, adding just a slight spin to a spacecraft could provide enough artificial gravity to counter those effects.

Other researchers, however, want to understand how gravity masks certain biological processes, Boling says. “They really are working to make life better on Earth by looking for a better understanding of biological processes,” he says, noting that such insights could help manipulate processes like metabolism and cell and tissue repair on the ground.

The improved structures of protein crystals formed in zero gravity is another phenomenon pharmaceutical companies want to explore and indeed has already led to a better treatment for hepatitis C. Experiments on protein crystallization that Schering-Plough Research Institute carried out in the space shuttle produced a structure of protein that was better at fighting the disease and caused fewer side effects.

Boling says the MVP was already booked for months after the fruit fly demonstration. Medimmune, a subsidiary of the biopharmaceutical company AstraZeneca, was slated to fly an experiment. The Massachusetts Institute of Technology and the National Institutes of Health were preparing research using “tissue chips,” plastic and fluidic chips that imitate various human tissues. NASA was readying an experiment on the solidification of cement mixtures in Martian and lunar gravity.

The artificial gravity device is “a great capability that allows us to do different kinds of research and will keep us using the space station for technology development, exploration research, and fundamental science,” Edeen says.

“I feel like the American people are really getting their money’s worth if we can develop an on-orbit capability that helps AstraZeneca develop a new drug treatment,” Boling says. “I think everybody wins.”

Techshot, which has opened an office at Kennedy Space Center, where many of the space station resupply missions launch, handles all the logistics for its MVP customers, from paperwork to executing the experiments to sending results and returning samples.

The company is also in various stages of putting several other devices onto the space station, all of which will be available to researchers outside NASA. These include a similar centrifuge for rodents, a 3D bioprinter capable of printing organs from stem cells, and another device capable of 3D printing metals and electronics.

“The space station is just so remarkable,” Boling says. “It’s a magical place that lets people think differently about human health and even pharmacology.”

Abstract
NASA knows little about the long-term effects of partial gravity, such as what astronauts experience on the lunar surface. So Johnson Space Center awarded SBIR contracts to Techshot Inc. to build the Multi-Use Variable-Gravity Platform now on the space station. The device uses centrifugal force to simulate different levels of gravity and is available for use by any commercial, academic, or government researchers. Modules suiting any experiment’s needs can be snapped in. In addition to space exploration, partial gravity can have implications for basic biological processes.

Techshot’s Multi-User Variable-Gravity device, about the size of a microwave oven, contains two carousels that spin at varying speeds to simulate different forces of gravity. Modules designed for specific experiments can be snapped in and out.

Gravity can have surprising effects on basic biological products and processes. For example, protein crystals grow much larger in the absence of gravity, making it easier to analyze a protein’s structure. The bovine insulin crystals on the left were grown in space, while those on the right formed on Earth.