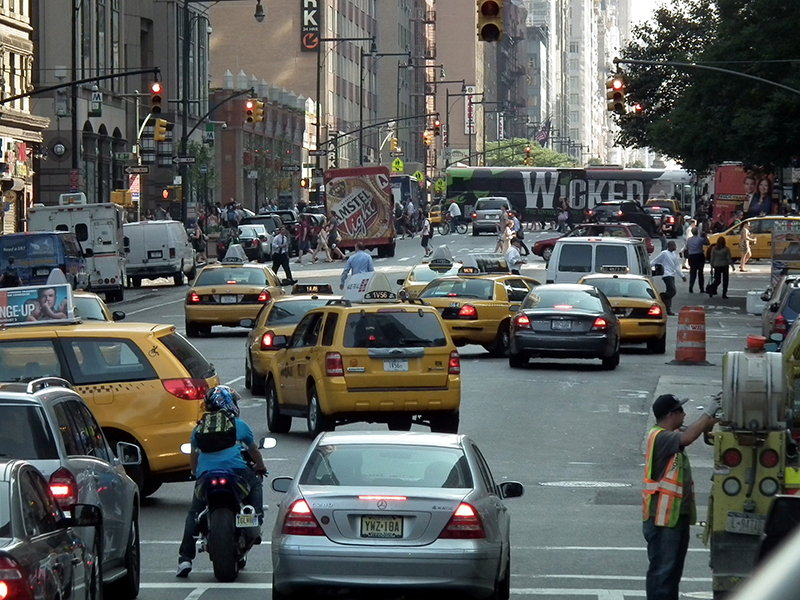 Lasers designed to help a lunar spacecraft land on a proverbial dime might help self-driving cars navigate rush hour traffic on this planet. The path from the Moon to Main Street was mapped out as NASA engineers designed a new approach to safely manage multiple trips to the Moon and Mars, in addition to exploring other planetary bodies for the first time.

That includes delivering tons of scientific and life-support equipment to specific locations in advance of crewed missions—payloads heavier than anything ever flown by NASA.

Only a precision landing and hazard avoidance system can make that possible. Future landing vehicles will be equipped with a full suite of technology including next-generation sensors, cameras, specialized algorithms, and a high-performance spaceflight computer that all work in concert. In 2018, NASA organized the development of these capabilities under the Safe and Precise Landing Integrated Capabilities Evolution Project, or SPLICE. And even before SPLICE has its hardware fly in space, one of its technologies is spinning off into the commercial sector—navigational Doppler lidar.

Lidar is a detection system similar to radar that uses light waves instead of radio waves to detect objects, characterize their shape, and calculate their distance. Navigational Doppler lidar goes even further: it detects the movement and velocity of distant objects, as well as the spacecraft’s own motion relative to the ground (such as speed, pitch, and roll).

Navigational Doppler lidar inventor Farzin Amzajerdian, who is the technology’s principal investigator at Langley Research Center, explains that the frequency of the system’s laser is at least three orders of magnitude higher than radars. “Higher frequency translates to higher-precision data and potentially more efficient and compact sensors,” he says. Future spacecraft will send three continuous laser beams, one to two inches in diameter, down to a planet’s surface. As these bounce back from the ground, a corresponding sensor, programmed to watch only for incoming light from its laser beam, will measure how long it took the light to return.

“This travel time is directly related to distance to the ground,” explains Amzajerdian. “The velocity or speed is obtained by using the Doppler effect.” That is, the frequency of the returned laser light will shift when bouncing off the ground. With three laser beams, the velocity vector can be presented in three-dimensional space. In other words, a spacecraft will have precision data to verify exactly how quickly it’s moving toward the ground and at what angle.

All of this takes place 20 times per second.

According to Amzajerdian, this ability to generate highly accurate range and velocity data relative to the nearby environment uniquely positions navigational Doppler lidar to improve Earth-based transportation.

Steve Sandford, former engineering director at NASA’s Langley Research Center, also believes the technology has valuable terrestrial applications. He supported the development of Doppler lidar during his tenure with the Agency, seeing initial results first-hand. After retiring, he formed Psionic LLC, based in Hampton, Virginia. In 2016, the company licensed the Doppler lidar technology from Langley and also entered into a Space Act Agreement with the Center to leverage the facilities and expertise of NASA while developing its commercial version of the technology.

Psionic is reengineering the hardware to meet needs on Earth, an effort led by Diego Pierrottet, a lidar co-inventor when he worked at NASA and now chief engineer at Psionic. These applications use some of the same techniques, such as a continuous beam (as opposed to intermittent pulses of light) that measures the return signal frequency to determine the range and velocity of the object in its path. However, the process of developing a functional, cost-effective system is challenging, so the company’s engineers maintain a close working relationship with technologists at Langley, including Amzajerdian.

Sandford says the work invested by NASA for decades makes it possible for Psionic to reengineer the technology for a viable manufacturing process to enter the market. To that end, the three products in development—Psionic Navigational Doppler Lidar, Navigator Class, and Scout Class—use telecom industry hardware for efficient production.

“Everything from autonomous air vehicles and self-driving cars to smart appliances need to be able understand and interact with the world around them,” he says. “Cameras can only get you so far, because it’s difficult to differentiate foreground from background using a two-dimensional image. Sensor fusion—taking a number of different sensors and blending that data together—is where Doppler lidar fits in. It’s an enabling technology.”

As the commercial products continue to be refined, each system is smaller and cheaper and performs better (velocity and range resolution are higher and faster) than the one before. One reason is that the Psionic lidars scan 50 times per second, more than doubling the rate achieved during the original NASA work.

Sandford says the company has customers in the automotive industry who are developing self-driving systems for cars, where the technology aids in both navigation and collision avoidance. Defense customers are using the adapted technology to reduce the impact on landing aircraft, improve the safety of in-air refueling, and detect drones. In addition, space companies are exploring applications of the technology in rendezvous and proximity operations and precision landing on the Moon and Mars.

Just as a lunar lander needs to be able to deal with the varied topographies of foreign terrain in the dark or light, an autonomous car must drive safely, day or night.

“Doppler lidar’s high resolution can distinguish between objects that are only several inches apart and even at a distance of several hundred feet,” explains Sandford.

This matters when a pedestrian is crossing a road or a truck is passing in front of a building. Algorithms need accurate data to determine what the object is—person, building, or truck—and if it’s in the path of the car, avoiding the potentially fatal mistake of not slowing down or stopping in time.

Psionic Doppler lidar provides a continuous stream of data compatible with any make of onboard computer using any proprietary algorithms. Moreover, the lidars from another self-driving vehicle can’t disrupt or alter the Doppler lidar performance.

A game-changing characteristic of this lidar is that it only sees the laser light it generates, ignoring the laser light transmitted from other cars. This means there’s dramatically less of the signal interference that causes existing lidars to generate what Sandford calls “messy data.” It also makes the system virtually impossible to hack or jam, according to Amzajerdian.

The Psionic lidar can collect sufficient data when dust, heavy rain, snow, or light fog is a factor. No lidar will penetrate solid objects such as walls or a dense fog, just as human vision can’t. But Sandford says the lidar will see better than a person in bad weather.

This high level of performance also makes Doppler lidar appealing to the aeronautics industry. When a GPS signal is unavailable, a Doppler lidar installed on a plane or helicopter will continuously provide onboard systems with accurate data to calculate velocity, altitude, and direction. Because the system is tamper-resistant, it’s dependable for in-flight operations.

“The navigational doppler lidar has some advantages over GPS for aircraft navigation,” says Amzajerdian. “It provides position and velocity relative the ground. GPS gives position relative to a universal reference. So, the lidar can be much more useful in some situations.”

Sandford sees other practical applications for terrestrial lidar. Autonomous and remotely piloted vehicles could follow a preprogrammed flight path and avoid colliding with other craft or stationary objects. In recovery and rescue operations, crewed or autonomous vehicles could navigate successfully and provide precise coordinates to searchers on the ground.

He credits NASA with making these opportunities possible on Earth. “They take our agreement very seriously and are a great partner to do business with,” says Sandford.

The company is looking forward to the day when it provides NASA with better, cheaper sensors. But for now, Psionic has the immediate goal of making it much safer to drive an autonomous vehicle, ensuring all drivers, pedestrians, and cyclists will arrive safely at their destinations.

The Space Agency is also working on better, safer transportation with Doppler lidar. Amzajerdian and his team are using the test result data shared by Psionic to support the development of NASA’s next-generation navigational Doppler lidar. This version will be even more efficient and compact and may add new capabilities like wind velocity measurements—a potential boon for aeronautics, shipping, and other industries.

Abstract
Navigational Doppler lidar, created to land spacecraft safely, can help self-driving cars successfully navigate rush-hour traffic. Lidar helps in the process of identifying objects such as cars, buildings, and people while providing their speed and direction, if any. Thanks to Hampton, Virginia-based Psionic LLC’s technology license and Space Act Agreement with Langley Research Center, the company is enabling a cost-effective lidar for cars to “see” where they’re going.

The Psionic Navigational Doppler Lidar systems are being customized for use in cars, on planes, and in commercial space vehicles. They are already smaller and more powerful than the system developed for planetary landings in space. 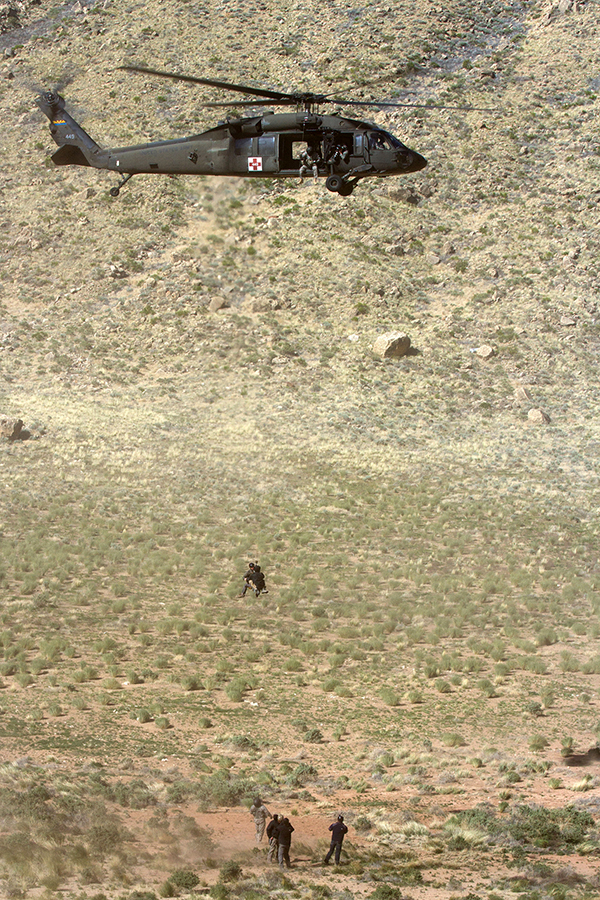 Navigational Doppler lidar will help search and rescue operations respond more quickly to people in distress. Installed on search planes or remotely piloted vehicles, the technology will be able to provide pinpoint location data to ground rescuers. Image courtesy of the U.S. Army 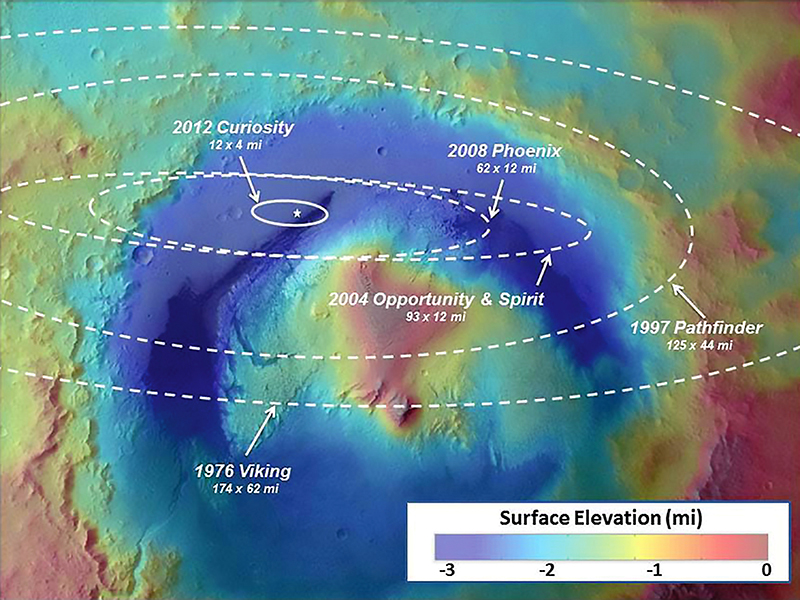 As landing technology has improved, Mars landers and rovers have aimed for ever-smaller landing zones, from Viking’s 174-mile-wide target to Curiosity’s 12-by-4-mile landing zone. Navigational Doppler lidar will help narrow landing areas even further, to about the size of a football field. During the approach, lasers and sensors will scan the surface, feeding data to an onboard computer that will identify potential hazards.

For an autonomous vehicle to travel urban streets safely, it must be able to “see.” Navigational Doppler lidar supplies data to an onboard computer that, when combined with information from cameras, makes it possible to identify buildings, people, and other vehicles. It can also detect motion, along with the direction and speed of an object. Image courtesy of Erik Drost, CC BY 2.0