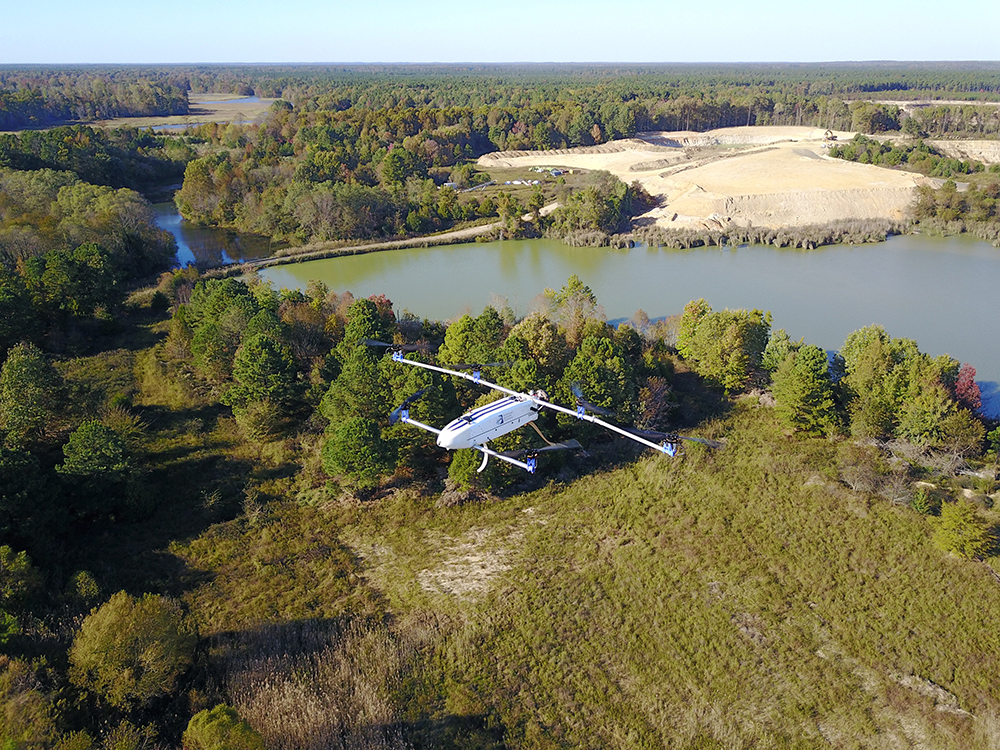 From search-and-rescue operations to surveying farmland, remotely operated aircraft have become important to several industries. However, current multi-rotor designs have one drawback: endurance. Driving four or more rotors on a flying platform requires a lot of power. NASA research to develop a longer-lasting aerial system has paid off, with a former NASA engineer now using the design in commercial drones.

Since college, Bill Fredericks had worked off and on at NASA’s Langley Research Center in Hampton, Virginia. During the early 2010s, he was an engineer at the center’s Aerospace Systems Analysis Branch, where he worked on electric-propulsion projects including the X-57 Maxwell. Fredericks also tackled a challenge to build a remotely piloted vertical takeoff and landing aircraft (VTOL) that could fly for 24 hours. The Langley team designed and built Greased Lightning: a working half-scale model of this advanced aircraft, which made several flights in 2015.

While the prototype couldn’t achieve the goal of 24 hours in flight because it was battery powered, the aircraft’s technology showed promise. Fredericks decided he wanted to commercialize the technologies behind Greased Lightning. He founded the Advanced Aircraft Company in 2016 in Hampton, Virginia, and licensed the patents behind the prototype. However, the NASA design only demonstrated the initial feasibility of a large hybrid VTOL, and the startup didn’t have the funding to work on something of that size, so they started with something smaller.

The company’s new Hybrid Advanced Multi-Rotor (HAMR) aircraft is based on the hybrid electric propulsion system that would be required for Greased Lightning. Like a hybrid car, HAMR combines an internal combustion engine with electric motors. The aircraft runs on a gas engine about the size of a weed trimmer motor. That little engine drives a generator that supplies power to onboard batteries, which run the rotors. The result is a high-performance vehicle that can stay in the air for up to three hours, much longer than the roughly 30 minutes you get from batteries alone. This endurance means that HAMR is useful for applications between typical multirotor drones and larger aircraft like helicopters.

“We span the gap between what manned aircraft perform today and what battery powered drones perform today,” Fredericks said.

HAMR’s earliest customers are using it for applications like pilot training and surveying for methane leaks. AAC delivered its third aircraft in June 2021 and is looking to expand to markets such as civil engineering, infrastructure inspection, and municipal public safety. Fredericks says these early users are helping to put HAMR through its paces and hopes to continue improving the product to maximize the productivity of AAC’s customers. 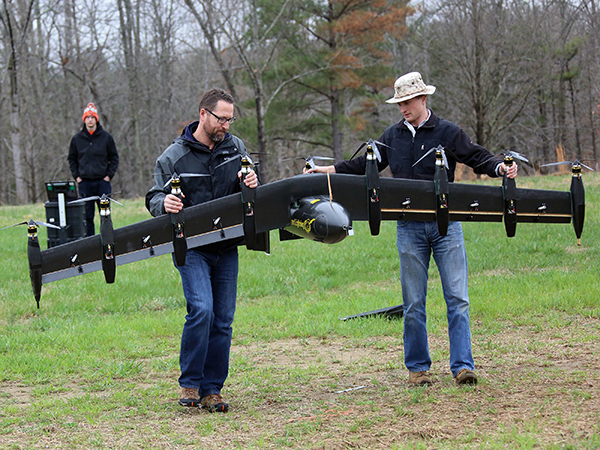