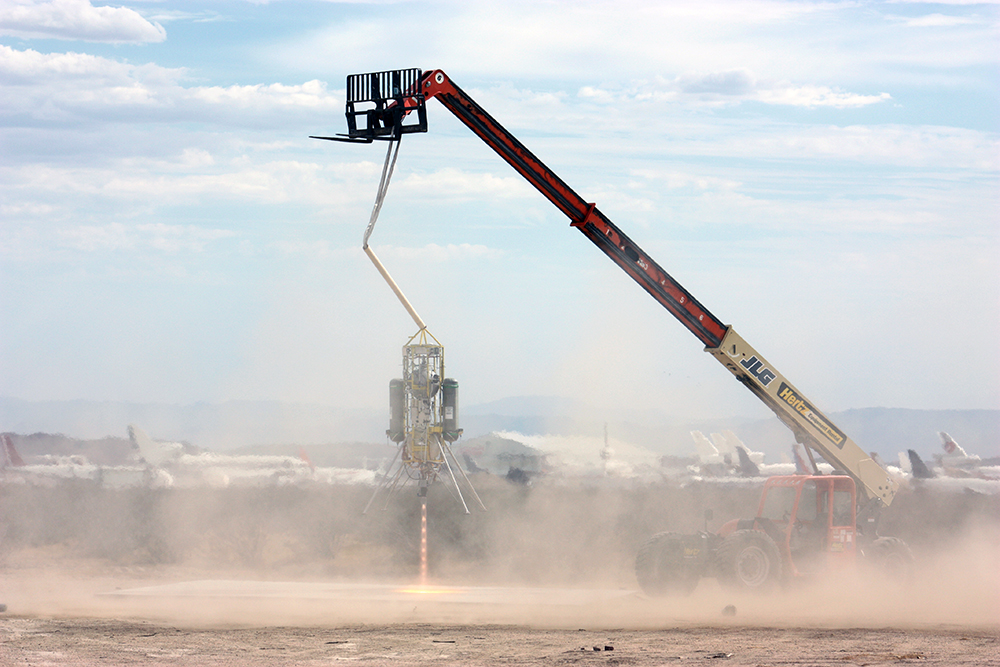 How can a spacecraft land itself on alien terrain? NASA needed a better answer than “very carefully.” To spur innovation towards the first autonomous landings on the Moon, the agency presented the Lunar Lander Challenge. In 2009, a young company called Masten Space Systems earned one of the top prizes.

The Mojave, California-based company used the prize money, as well as other NASA funding, to launch its rocket-powered vertical takeoff and landing service with Xombie.

So when NASA’s Flight Opportunities program began at Armstrong Flight Research Center in 2011, Masten was one of the first seven flight providers. The program paid the company to fly landing navigation systems, both for NASA and for other companies.

Ongoing test flights are essential to prove systems work in real-life conditions – but flight test expenses alone can kill a promising technology. Funding from our program “helps companies bridge the gap between the lab and flight,” said Ryan Dibley, Flight Opportunities campaign manager. The NASA funding was also essential revenue for Masten to continue to develop and build the next generation of vehicles to meet the demands of more sophisticated technologies.

The company’s work would eventually come to help the Perseverance rover successfully land on Mars.

Early landing guidance systems for Perseverance flew on a helicopter, but that couldn’t accurately simulate rocket-powered flight. Then Masten stepped in to provide a vehicle that would land like a spacecraft while collecting flight data.

In 2021, Perseverance successfully demonstrated that an automated navigation system can guide a targeted, rocket-powered descent. Now other aerospace companies are benefiting, because Masten also makes its services available directly to those who want to privately test their systems for landing on the Moon and beyond.

These services include extensive computer simulations, backed by data from more than 600 flights, before the vehicle ever leaves the ground. Next, the company conducts tether-tests: abbreviated flights attached to a crane now using Xodiac, Masten’s fifth generation of rocket-powered vehicles that can integrate and test systems from different companies. Finally, free-flight tests take place when there are no safety concerns. Ake explained that all of these steps are similar to services the company provides NASA’s Flight Opportunities customers.

Thanks to a couple of Small Business Innovation Research contracts, Masten also offers plume field testing. The way soil and rock are blown around by the rocket as it descends to the landing site is the plume field, which can potentially damage navigation systems as well as the craft.

Masten is now working on a new test platform, Xogdor. The vehicle, in development with the help of funding from a NASA Tipping Point contract, will test technologies for NASA’s next lunar missions, as well as those of private customers.

“Learning from things that NASA Flight Opportunities and other folks want to see and expect to see is enabling the next generation of landing rockets,” said Ake. 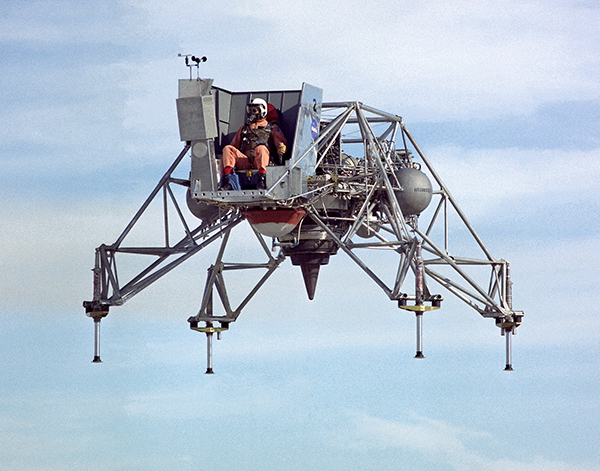 Before free-flying tests of a landing guidance system on one of its rockets, Masten runs extensive computer simulations and then tethered flights to make sure the hardware and software payloads will perform a safe landing. These systems are making the Moon more accessible for research and exploration. Credit: NASA