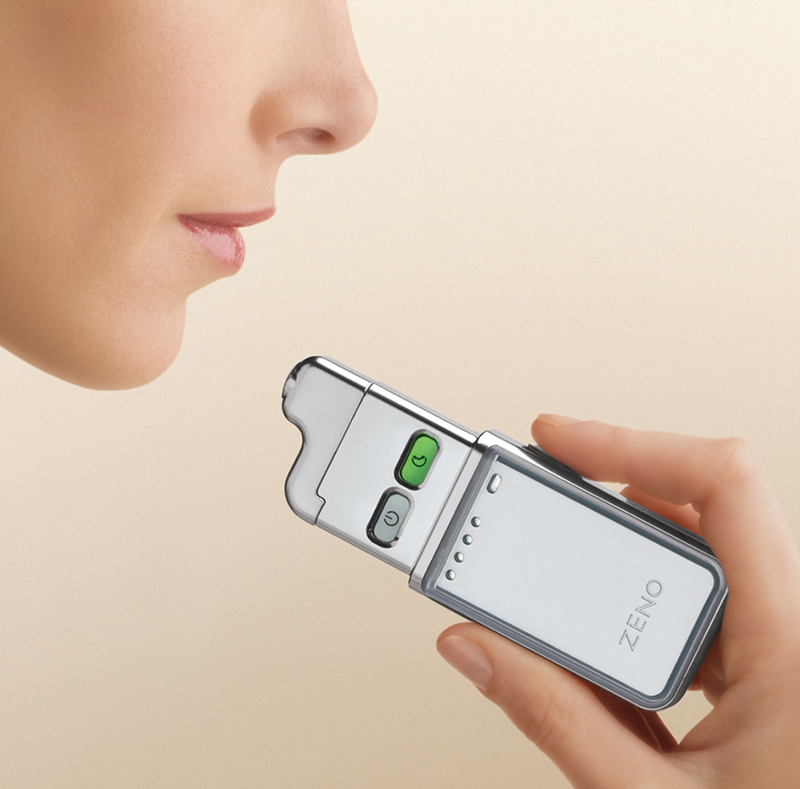 When the U.S. Congress created NASA in 1958, it sought to ensure that the Nation saw returns on its investments in aerospace research. It, therefore, wrote provisions into the Space Act Agreement that formed the Agency requiring that NASA share its technological advances and engineering expertise with the American public. Since that time, the NASA sci¬entific prowess that sends people and equipment up into space has also come back down to Earth, in the form of products and processes that make everyday life better all around the globe.

Through a variety of methods, industry can work with the Space Agency to access the cutting-edge resources and advanced technologies created as a result of the Nation’s investment in space. For companies that do not need NASA-developed technology or advanced test facilities but still want to leverage some of the brain power of NASA’s engineering teams to solve a design problem in their product, NASA funds the Space Alliance Technology Outreach Program, more commonly referred to as “SATOP.”

SATOP, administered by Bay Area Houston Economic Partnership, is a cooperative program between Florida, New Mexico, New York, and Texas. It brings together more than 55 space companies, universities, colleges, and NASA centers to make the expertise garnered through the Nation’s investment in space exploration available to small businesses. SATOP finds professionals within these organizations who volunteer their time and expertise in solving various design and engineering challenges.

Tyrell Inc., a Houston-based medical technolo¬gies company, was able to access engineering support for a problem with redesigning a heating element for a hand-held acne-fighting device. The device was born of necessity, when Tyrell founder Robert Conrad, now the company’s chief operating officer, was working at a biological testing firm. One of the experiments he was conducting involved working with proteins, which included growing bacterial colonies, shocking them with heat to kill the bacteria, and then extracting the proteins. Conrad, who had been plagued with adult acne and was looking for a solution, recalled while conducting these experiments that acne itself is caused by the bacteria, P. acnes, and wondered about the possibility of shocking pimples with heat.

At home in his garage, he began experimenting with time and temperature curves to develop a device that would shock and kill acne-causing bacteria. He built a working prototype and was content to stop there and keep the device for personal use. Family and friends, how¬ever, took interest in the device, and each wanted one. Conrad saw the obvious market potential and the need that people, like him, had for this device.

While the prototype proved feasible, the design still needed some tweaking; the device was cumbersome and expensive to produce. Conrad was introduced to SATOP through the Houston Technology Center, a local technol¬ogy business accelerator with a Space Act Agreement with NASA’s Johnson Space Center.

Conrad presented the acne-clearing device and explained that he wanted a new heating element design that would be resistant to oils and acids, with a cylindrical shape that would be 0.0312 inch in diameter and would provide temperature feedback through resistance change. In addition, the heater needed to run on no more than 5 volts, consume approximately 5 watts during operation, and, most importantly, be cost competitive.

SATOP directed Conrad to Allen J. Saad, of The Boeing Company, a principal design engineer at Kennedy Space Center. Saad assessed the design and made several major contributions. He was able to give the company engineering advice toward designing a new element that reduced the cost of the heating element from about $80 each to just 10 cents, making the product more marketable. Shortly after meeting with Saad, Conrad was able to implement the design modifications and take the product to market. It is now the highest selling over-the-counter medical device for the treatment of acne.

In 2006, the product, dubbed Zeno, was named the “SATOP Texas Success Story of the Year.” Conrad had positive things to say about the partnership as well: “Without the help I received from SATOP, the product would likely still be in my garage. Instead, we now have three offices, and sales are skyrocketing.”

The company has expanded greatly, with offices in Houston and Seattle, and a manufacturing facility in Penang, Malaysia, that country’s only U.S. Food and Drug Administration (FDA)-approved facility.

According to Tyrell, nearly 90 million people in the United States spend more than $2 billion a year on acne treatments, with limited results and sometimes significant side effects. Its over-the-counter device, Zeno, has been cleared by the FDA, and is on the market to offer an effective solution to this widespread problem.

Zeno employs proprietary ClearPoint technology to provide relief of mild to moderate inflammatory acne. It delivers a precisely controlled low-level dosage of heat to the blemish, causing the bacteria at the root of more than 90 percent of acne to self-destruct. The heat is the exact temperature needed to kill the bacteria while still being below the point at which healthy skin would be damaged, and an internal microprocessor continually modulates the temperature to match the heat absorption of the individual user. Replaceable treatment tips ensure thermal efficiency over the life of the product.

Zeno spot-treats acne. Clinical trials showed that 90 percent of blemishes treated with Zeno faded or disappeared within 24 to 48 hours. Over the course of 12 to 24 hours, the user applies the device to the affected area for two or three treatment cycles of 2.5 minutes each. That is usually all that it takes, though it can also still be safely used in conjunction with other acne treatments, including over-the-counter and prescription medications.

Within its first year on the market, Zeno was cited by various publications for several awards, including Allure’s 2005 “Best of Beauty,” Marie Claire’s “10 Best Gadgets for Girls,” and Popular Science’s 2005 “Best of What’s New.” It is available in three models: Zeno, Zeno Pro, and Zeno MD.

A variation of the Zeno for use in treating herpetic lesions such as cold sores, by killing the virus that causes them, is currently undergoing FDA trials.

Abstract
Tyrell Inc., a Houston-based medical technologies company, was able to access engineering support in redesigning a heating element for a hand-held acne-fighting device through SATOP, NASA's Space Alliance Technology Outreach Program. SATOP put Tyrell in contact with The Boeing Company, which assessed the design and made several major contributions. The product, named Zeno, is now the highest selling over-the-counter medical device for the treatment of acne, and in 2006, Zeno was named the "SATOP Texas, Success Story of the Year." Zeno employs proprietary ClearPoint technology to provide relief of mild to moderate inflammatory acne by delivering a precisely controlled low-level dosage of heat to the blemish, causing the bacteria at the root of more than 90 percent of acne to self-destruct. Within its first year on the market, Zeno was cited by various publications for several awards, including Allure's 2005 "Best of Beauty," Marie Claire's "10 Best Gadgets for Girls," and Popular Science's 2005 "Best of What's New." A variation of the Zeno for use in treating herpetic lesions such as cold sores, by killing the virus that causes them, is currently undergoing FDA trials. 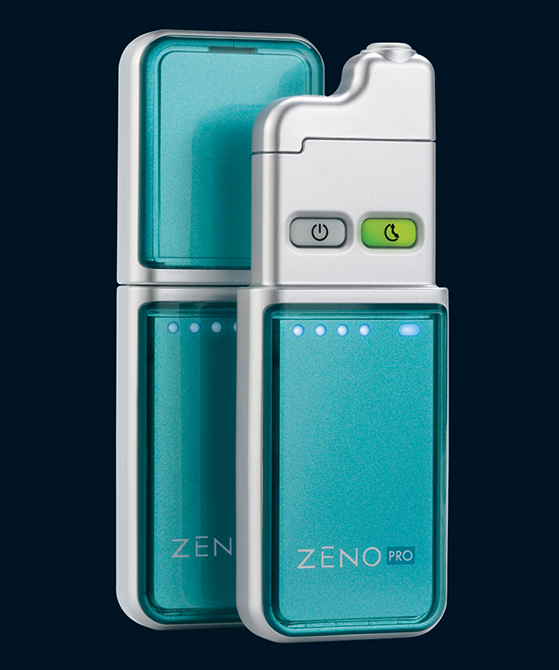 Zeno is a hand-held, portable electronic medical device that is clinically proven to make pimples disappear fast. In fact, for treating acne pimples, it is the most scientifically advanced and effective device available without a prescription. It applies a precisely controlled heat dose directly to the pimple through a metal pad. One treatment lasts 2.5minutes. 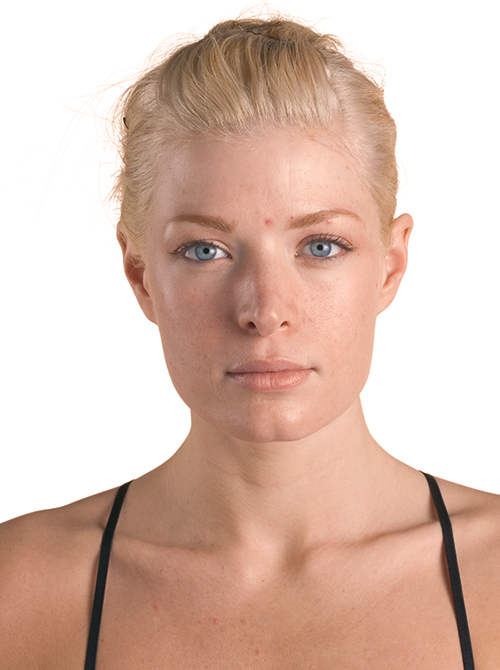 Two to three 2.5-minute treatments spread over 24 hours are sufficient for most pimples. Often, only one treatment is needed. 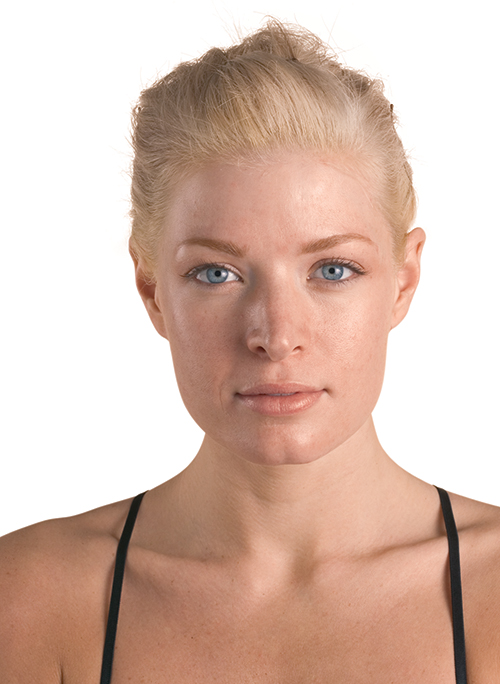