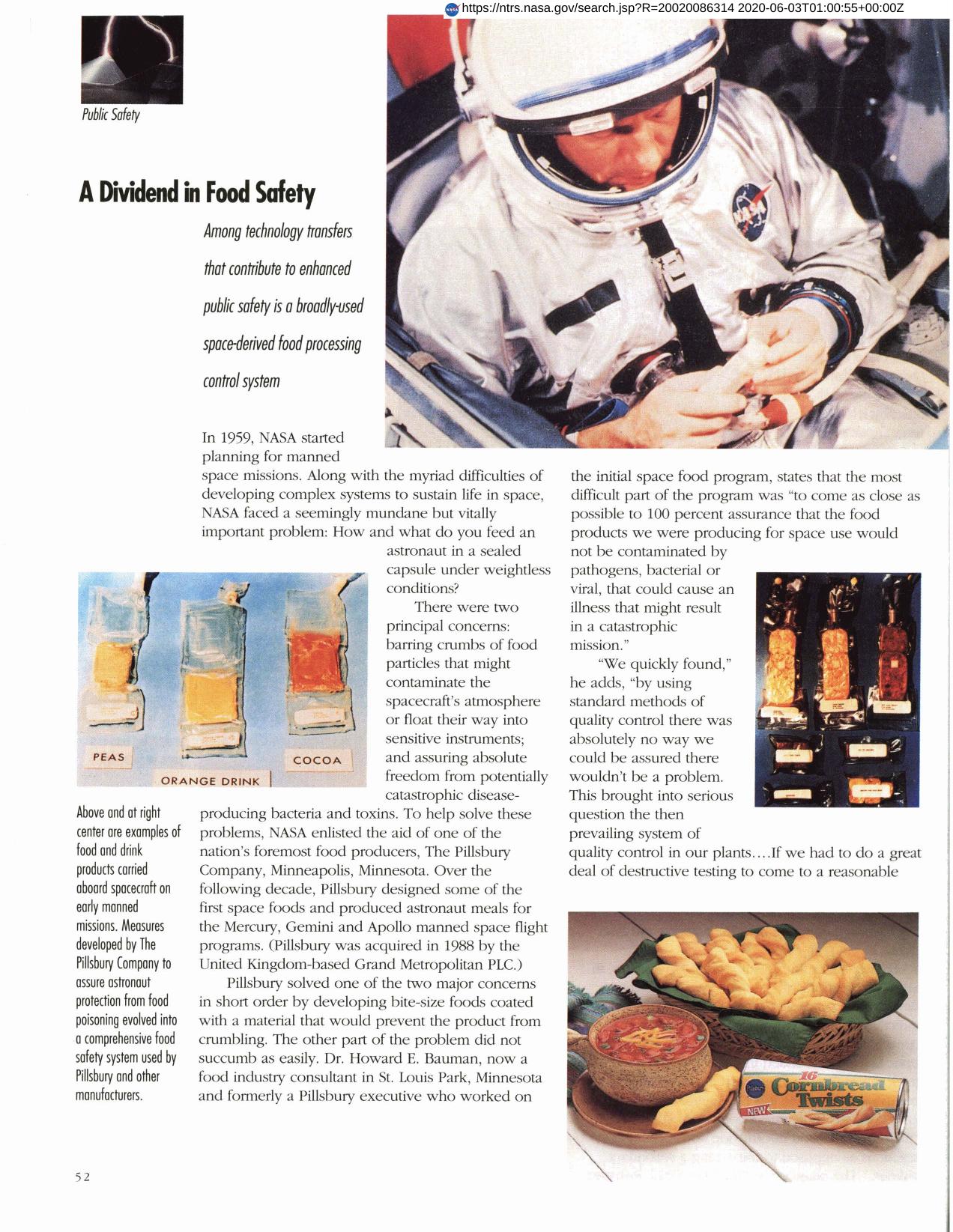 When NASA faced the problem of how and what to feed an astronaut in a sealed capsule under weightless conditions while planning for manned space mission, they enlisted the aid of The Pillsbury Company. There were two principal concerns: barring crumbs of food that might contaminate the spacecraft's atmosphere or float their way into sensitive instruments; and assuring absolute freedom from potentially catastrophic disease-producing bacteria and toxins. Pillsbury quickly solved the first concern, but the other part of the problem was not as easy. They found that with using standard methods, there was no way to be assured there would not be any bacteria. It was concluded that the only way to succeed was to establish control over the entire process, the raw materials, the processing environment and the people involved. Pillsbury developed the Hazard Analysis and Critical Control Point (HACCP) concept. The HACCP is designed to prevent food safety problems rather than to catch them after they have occurred. Three other government agencies are taking preliminary steps toward extending HACCP to meat/poultry and seafood inspection operations. Today, Pillsbury plants are still operating under HACCP.