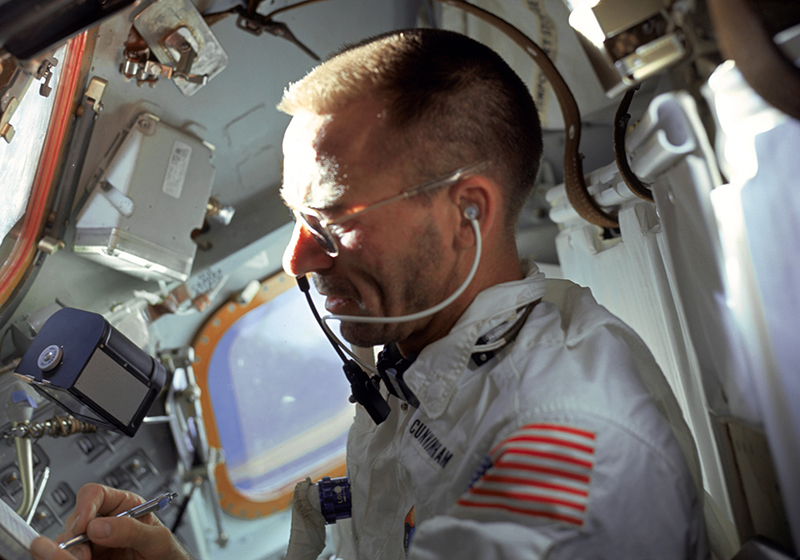 Space Pens, Pencils, and How NASA Takes Notes in Space
Subheadline
The real story behind the iconic Space Pen and how NASA testing helped it soar

The Space Pen has captured the American imagination in more ways than one. It’s appeared repeatedly in pop culture and even worked as a plot device in a "Seinfeld" episode titled "The Pen," and in 2021 was inducted into the Space Technology Hall of Fame. It’s also the subject of a myth that the space agency spent millions to invent a pen that can write in zero gravity, while cosmonauts simply used a pencil.

So, what’s the truth? Let’s get to the facts about the Space Pen, pencils in space, and how NASA astronauts write on the space station.

Is the Space Pen a real thing?

Yes, it is. The Fisher Space Pen made its television debut in October 1968, as Apollo 7 mission commander Walter Schirra demonstrated weightlessness by blowing on a pen to control its movement as it floated about the capsule. It was one of the first live video transmissions from an American spacecraft. Since then, Space Pens have appeared in television shows from "Mad Men" and "Gilmore Girls" to "How It’s Made." The pens are on display not just in space museums but also in the permanent collection of the Museum of Modern Art in New York. In 2021, the technology was recognized by the Space Foundation as an innovation developed for space that now improves life on Earth, joining around 80 other technologies in the organization’s Hall of Fame.

Why not just use a pencil?

NASA wanted to avoid pencils because the lead could easily break off and float away, creating a hazard to astronauts and sensitive electronics on the spacecraft. In fact, a pencil is such an impractical alternative in space that cosmonauts also have been using Space Pens since 1969.

Did it cost taxpayers millions?

Nope. Paul Fisher at the Fisher Pen Company had already been working on a pressurized pen. That said, it would never have reached the heights it did, in orbit or in popularity, without NASA’s testing.

“The original ballpoints were terrible,” said Cary Fisher, Paul’s son, and current president of the company, which is now located in Boulder City, Nevada. He notes that the early ballpoints tended to leak, skip, and dry up.

To solve the problem, his father, who had already invented the first universal ink cartridge refill, was working on a sealed cartridge with pressurized nitrogen at the top pushing a tiny piston against the ink. But the pressure caused the pens to leak.

When NASA reached out to him looking for a pen that didn’t require gravity, he knew this pressurized ink cartridge could be just the thing – if he could solve the leaks. With NASA’s interest spurring him on, he finally succeeded when he added resin to the ink to make it “thixotropic” – almost solid until friction with the ball at the point of the pen liquefied it. He called the result the AG7, for anti-gravity, and sent several to NASA.

NASA’s Manned Spacecraft Center, now Johnson Space Center in Houston, tested the pens extensively. The space agency found the pens worked in all positions, in extreme heat and cold, and in atmospheres ranging from pure oxygen to vacuum. And they held enough ink to draw a solid line more than three miles long – well beyond NASA’s half-kilometer (.3-mile) ink requirement.

That testing accelerated the pen’s development from a prototype to a proven high-performance product.

Once it had flown in space, Paul decided on the name Space Pen. “I thought it was a terrible name,” his son recalled. “I said it’s going to sound like a toy. But my father was right, as he often was.”

The pens can are known in part for their reliability, but they also came to symbolize American ingenuity: at a time when NASA was struggling to overcome countless obstacles to put astronauts on the Moon, an inventor and small business owner stepped up and solved the pen problem.

Paul and his son continued perfecting the technology and designing new models.

Do astronauts still use them?

The pens have been used on every crewed NASA mission since Apollo 7 – dozens are currently on the International Space Station.

Is it only for space?

While they are popular gift items, Cary said, they are especially in-demand among members of the military and law enforcement, as well as outdoor enthusiasts, plane manufacturers, and oil workers, all of whom, like astronauts, appreciate their ability to write in any conditions.

Fisher Pen Company has distributors in 52 countries but still makes all its pens in Boulder City, where more than 60 employees turn out over a million pens a year. 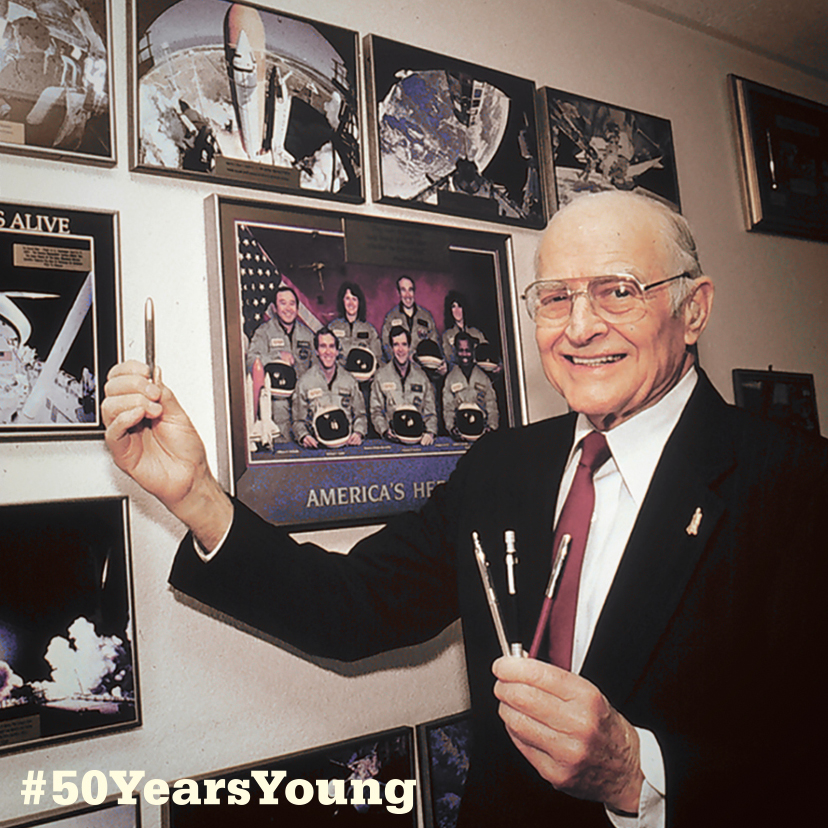 In one of the first live video transmissions from an American spacecraft, Apollo 7 mission commander Walter Schirra demonstrates zero gravity by blowing on a Space Pen. Credit: NASA

U.S. astronaut Walter Cunningham writes with a Fisher Space Pen during the flight of Apollo 7, the first manned Apollo flight and the Space Pen’s first trip to space. The pens have been used on every NASA mission since. Credit: NASA